IT IS the question that every petrolhead has been asking: which is the fastest hypercar of the so-called holy trinity, the Ferrari LaFerrari, McLaren P1 and Porsche 918 Spyder?

Now the answer is out, but rather than spoil the surprise, Driving suggests you grab a mug of tea, settle down in a cosy chair and watch three of the fastest cars on the road battle it out for victory around the Silverstone circuit.

At the wheel is Mat Jackson, a professional racing driver and British touring car championship competitor, in a test arranged by Supercar Driver magazine. The cars are in standard showroom specification and are all fitted with road-legal tyres and Racelogic lap-timing and data-logging equipment. 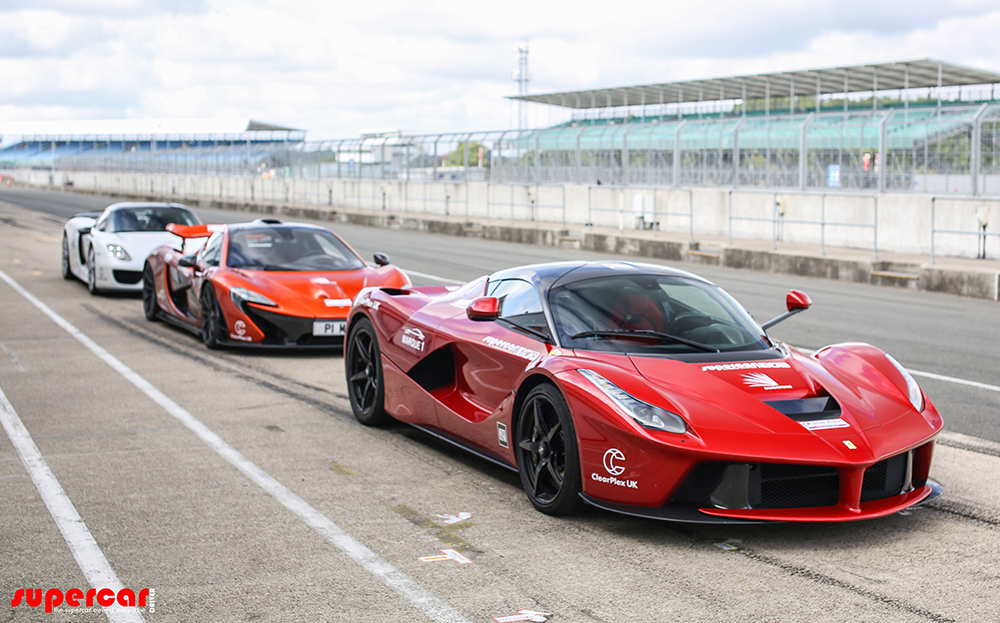 This is the first time the three hypercars have been driven by the same professional driver at the same racetrack on the same day in the same weather conditions.

The test is said to have caused discomfort among the cars’ manufacturers, as the cars were owned by a private individual. Ferrari, McLaren and Porsche would probably prefer to supply their own demonstration car for such a test, complete with a small army of engineers and tyre specialists.

Supercar Driver’s feat has left Top Gear and Jeremy Clarkson’s new Amazon Prime car show spluttering at the roadside. Top Gear is not due to be aired until next spring, and the secrecy surrounding the relaunched show means no one knows who is signed up to present it alongside Chris Evans, let alone what car tests the programme is working on.

Clarkson, Richard Hammond and James May have only just filmed their holy trinity showdown in Portugal – and, similarly, it won’t be screened until early next year. Clarkson recently tweeted a picture of the test.

The LaFerrari cost about £1m and its V12 engine and hybrid system generate a total of 950bhp. When reviewing the LaFerrari for Driving, James May declared that he wanted the Ferrari more than the McLaren or Porsche “for the principal reason that anybody wants one. Because it is the loveliest.”

The McLaren P1 cost just under £870,000 and its V8 hybrid powertrain churns out 903bhp. And last but by no means least is the 874bhp V8 hybrid Porsche 918 Spyder, which cost about £690,000. Reviewing the 918 Spyder for Driving, Jeremy Clarkson was impressed by its speed and surprised by its eco-credentials: “The Porsche is one of the three fastest cars in the world. It has sat nav and air-con and carpets. And driven carefully it can do 94 miles to the gallon.”