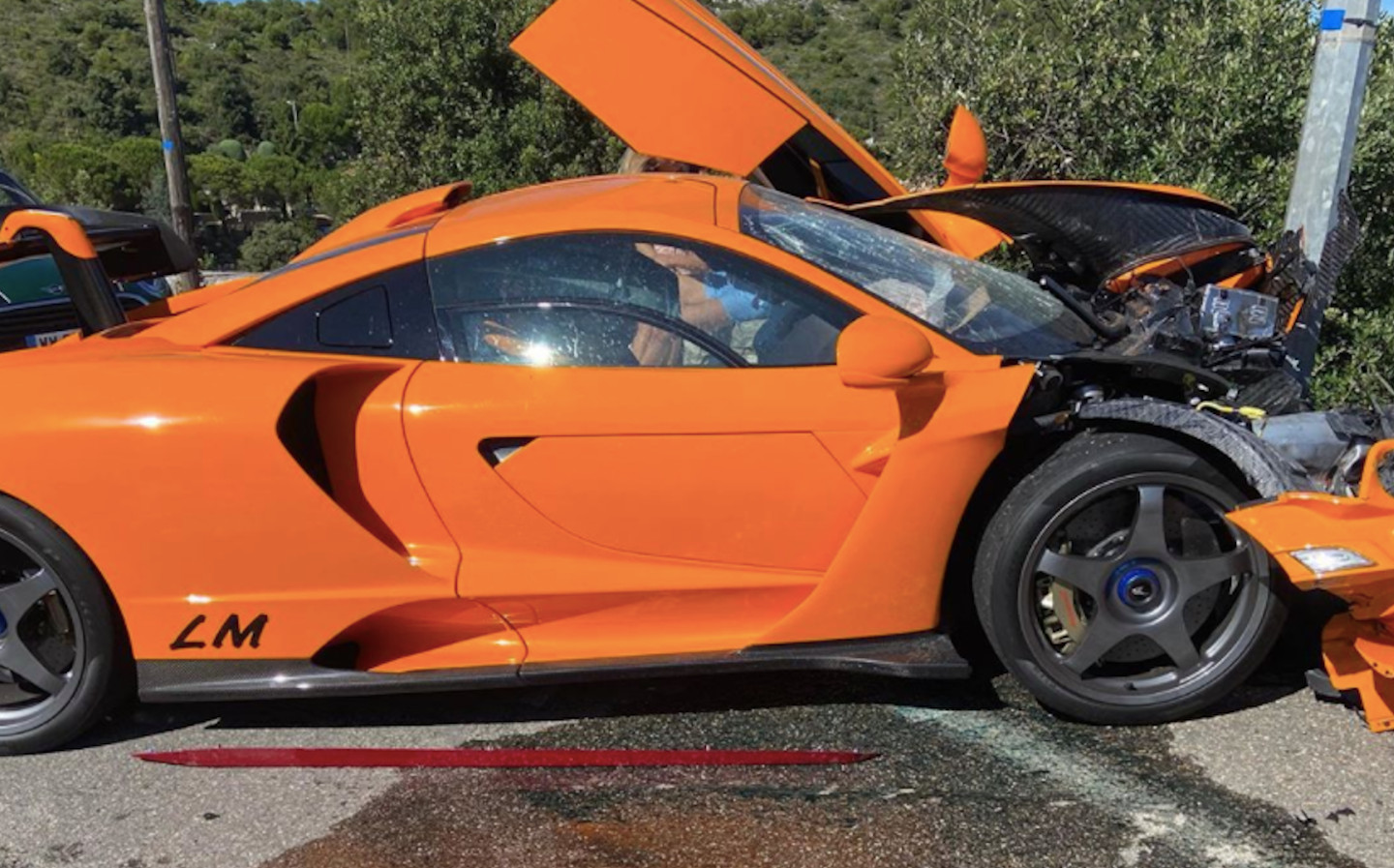 AN ULTRA-LIMITED edition McLaren Senna LM owned by ex-Formula One driver Adrian Sutil has been crashed in France.

McLaren is said to be producing just 20 Senna LMs, although the Woking company has never released specific information about the special edition.

The Sun reported that Sutil was seen next to the car — unscathed — although it has not been confirmed whether or not he was driving.

Videos and photos of the wreckage show the Senna LM looking, to put it mildly, worse for wear, with the bonnet, bumper and some of the side panels lying on the floor, separate from the car. The windscreen was also shattered.

Sutil raced in F1 for a number of years, driving for Spyker, Sauber and Force India (all since dissolved or renamed), before becoming the reserve driver for Williams in 2015. During his time in F1 he didn’t achieve a podium, achieving a career best of ninth in the Drivers’ championship in 2015 with Force India.

The Senna LM, which harks back to the F1 LM that was produced in the nineties as a road going version of the F1 that competed (and won) at Le Mans, was worth an estimated £1.2m and was reportedly one of only six to be painted in Papaya Orange.

The crash reportedly happened in the hills above Monaco. Ironically, Sutil achieved one of his best career results (fifth) at the 2013 Monaco Grand Prix. According to the Instagram account of McLaren Monaco, the car was only delivered to Sutil at the end of January, half a year ago.

The Senna is a track-focused (but road legal) supercar named after Ayrton Senna, the late and legendary F1 driver who won all three of his Drivers’ Championships with McLaren. Equipped with a twin-turbocharged V8, it boasts 789bhp, 590 lb ft of torque and a 208mph top speed. It can sprint to 62mph in 2.8 seconds and get to 124mph just four seconds after that, then to 186mph 11 seconds after that.

The LM version of the car differs from the standard version (if you can ever call a Senna standard) in its gold detailing on the wishbones, engine bay and exhaust tips. It also has five-spoke wheels that are reminiscent of those on the McLaren F1 supercar of the 1990s.

The Senna LM is based on the chassis of the Senna GTR, the track-only version of the Senna which McLaren says was “created to deliver the fastest McLaren lap times outside Formula 1”.

It is, therefore, breathtakingly quick. In his review of the car on The Grand Tour, Jeremy Clarkson said of its acceleration: “That’s really alarming. I’m going to be sick now.”

Judging by the damage to the front of the car, the driver was probably experiencing the Senna’s massive speed for themselves. The car reportedly slammed into an electric pylon at the side of the road, although it is unclear what caused the crash in the first place.

One Instagram commenter saw the silver lining, however, saying: “At least it was a Senna, and not an F1.”