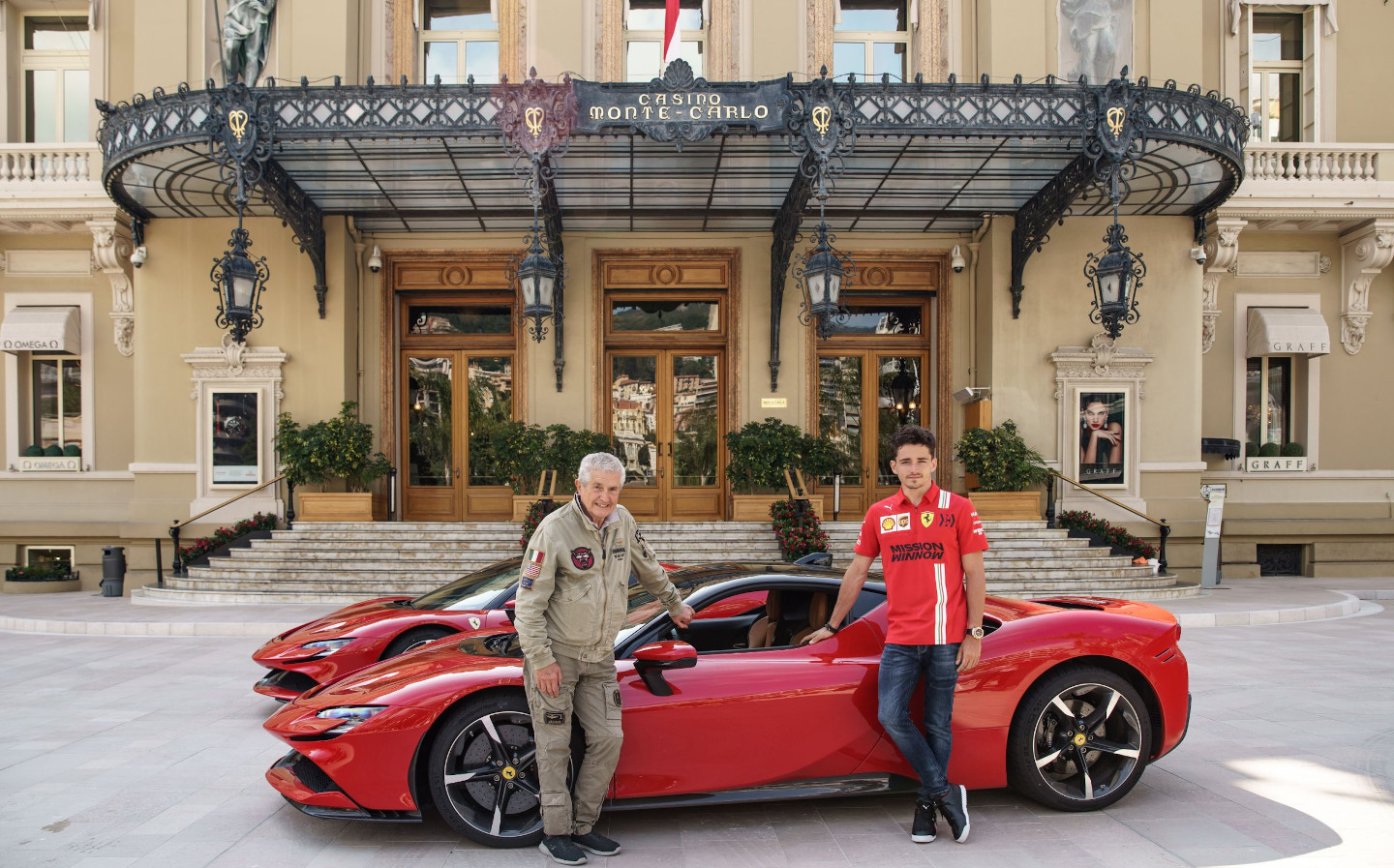 THE FERRARI SF90 Stradale, the company’s first plug-in hybrid, made its debut last weekend in a recreation of the famous 1976 film C’etait un Rendezvous, driven by F1 driver Charles Leclerc.

The film was shot last weekend in Monte Carlo, where Leclerc was born, and will show the driver racing the new 968bhp supercar around the Monaco GP circuit. The F1 race is usually a highlight of the sporting calendar synonymous with glitz and glamour, though this weekend’s scheduled event had to be cancelled due to the ongoing coronavirus pandemic.

The new Ferrari film is directed by Claude Lelouch, who also created the original Rendezvous. That featured a car speeding through the streets of Paris, with a giro-stabilised camera mounted to the front bumper. The car blasts round the Arc de Triomphe and down the Champs Élysées, then through tighter streets, before it settles on a road in Montmartre, where the driver gets out and embraces a young woman.

It is known to have been created because Lelouch had nine minutes of film left over after making a movie, though legend and myth surrounded it, partly because it’s unclear what car was used (the Ferrari engine noise was dubbed on afterwards) and there were suggestions that a famous racing driver may have been at the wheel, but didn’t wish to be identified due to the illegality of the driving. It is now understood, however, that the director himself drove the car, which was actually a comfortably-sprung Mercedes 450 SEL.

The Merc’s own engine note has the rather more dramatic noise of a Ferrari 275GTB’s V12 dubbed over it, and predictably attracted criticism for its dangerous methods — the car reportedly reached speeds of over 120mph.

Of course, in the recreation of the film the car used was a genuine Ferrari and the roads were closed to the public.

The remake has been named “Le Grand Rendezvous” and will be released on June 13. It seems like a bit more of a hi-tech operation than the original, with footage showing multiple Ferraris and cameras. It’s unclear if either the car or its driver will be visible in the new film.

The Ferrari in question is the SF90 Stradale, the company’s first foray into the world of PHEVs. It features a bi-turbo 4.0-litre V8 (which has been derived from other Ferraris such as the Portofino) working in concert with three electric motors — two on the front axle and one in the rear, between the engine and the gearbox. Together, these produce a healthy 986bhp, which can propel the car from standstill to 62mph in just 2.5 seconds, on its way to a 211mph top speed.

Ferrari revealed the car last year. It is named after the F1 racer in which Leclerc won two consecutive grands prix during the 2019 season, as well as in homage to the 90th anniversary of Scuderia Ferrari.

Take a look at @charles_leclerc's vlog detailing his ’rendez-vous’ in Monaco this past weekend. #Ferrari #SF90Stradale #LeGrandRendezVous

It’s something of a successor to the LaFerrari, which was discontinued in 2017 and also featured a hybrid powertrain — as well as garnering over 800bhp from its 6.3-litre V12, it took around 160bhp from an electric motor. However, the SF90 is expected to cost significantly less than the £1.1m LaFerrari, with a predicted price tag of less than £400,000.

The SF90 can be powered by the electric motors alone for just over 15 miles at a limited top speed of 84mph. The car will use electric power alone when reversing, meaning owners shouldn’t get distracted by the sound of the V8. As well as being the first PHEV out of Maranello, it’s the first mid-engined Ferrari to feature four-wheel drive. 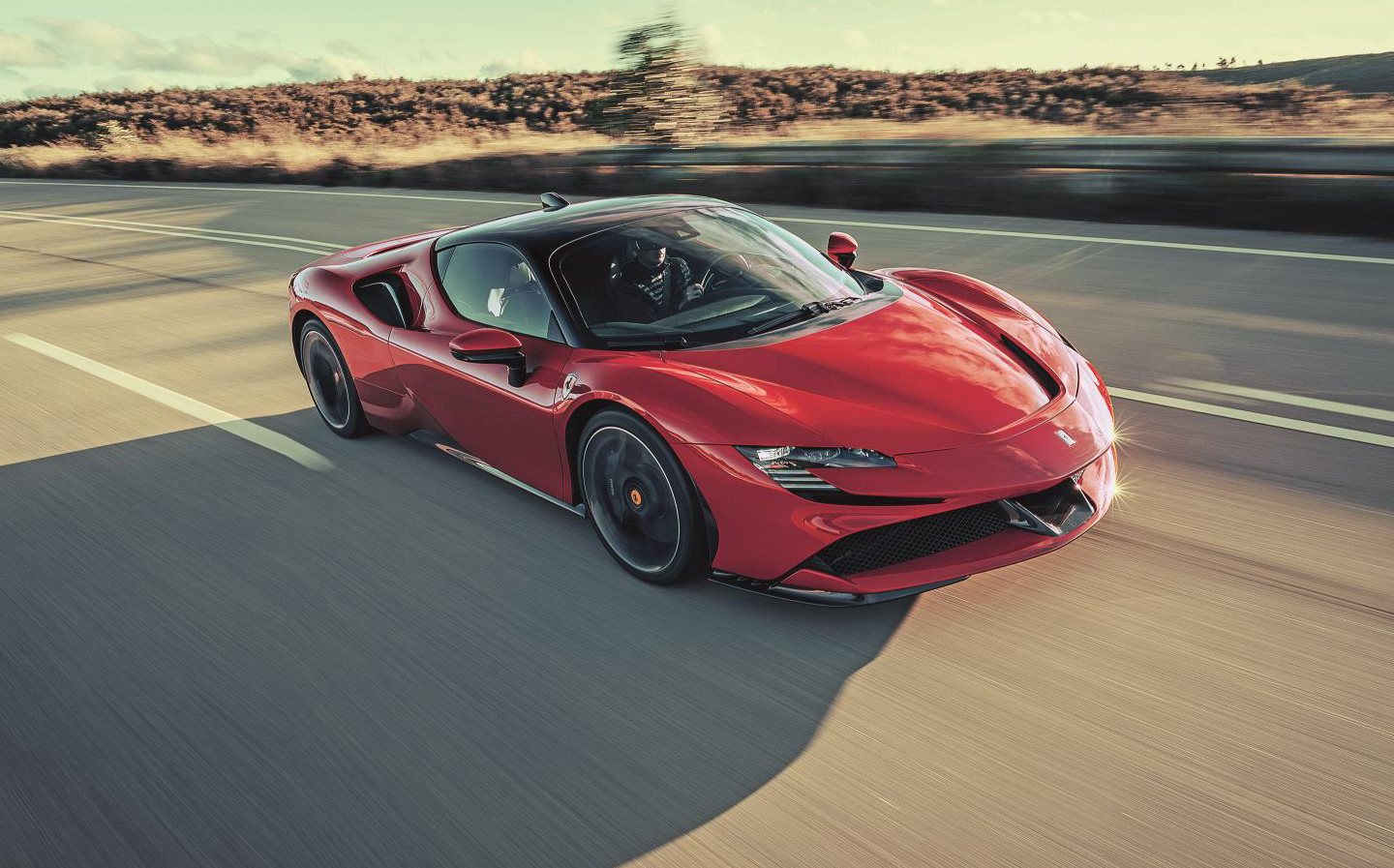 The roads should be familiar to Monégasque Leclerc. Let’s hope that his performance on the real roads of Monte Carlo is better than his performance on the virtual version — he was forced to apologise after colliding with Mercedes reserve driver Esteban Gutiérrez in the last laps of the virtual Monaco Grand Prix that took place on Sunday. Williams driver George Russell eventually took the win, in his second victory of the e-racing series.