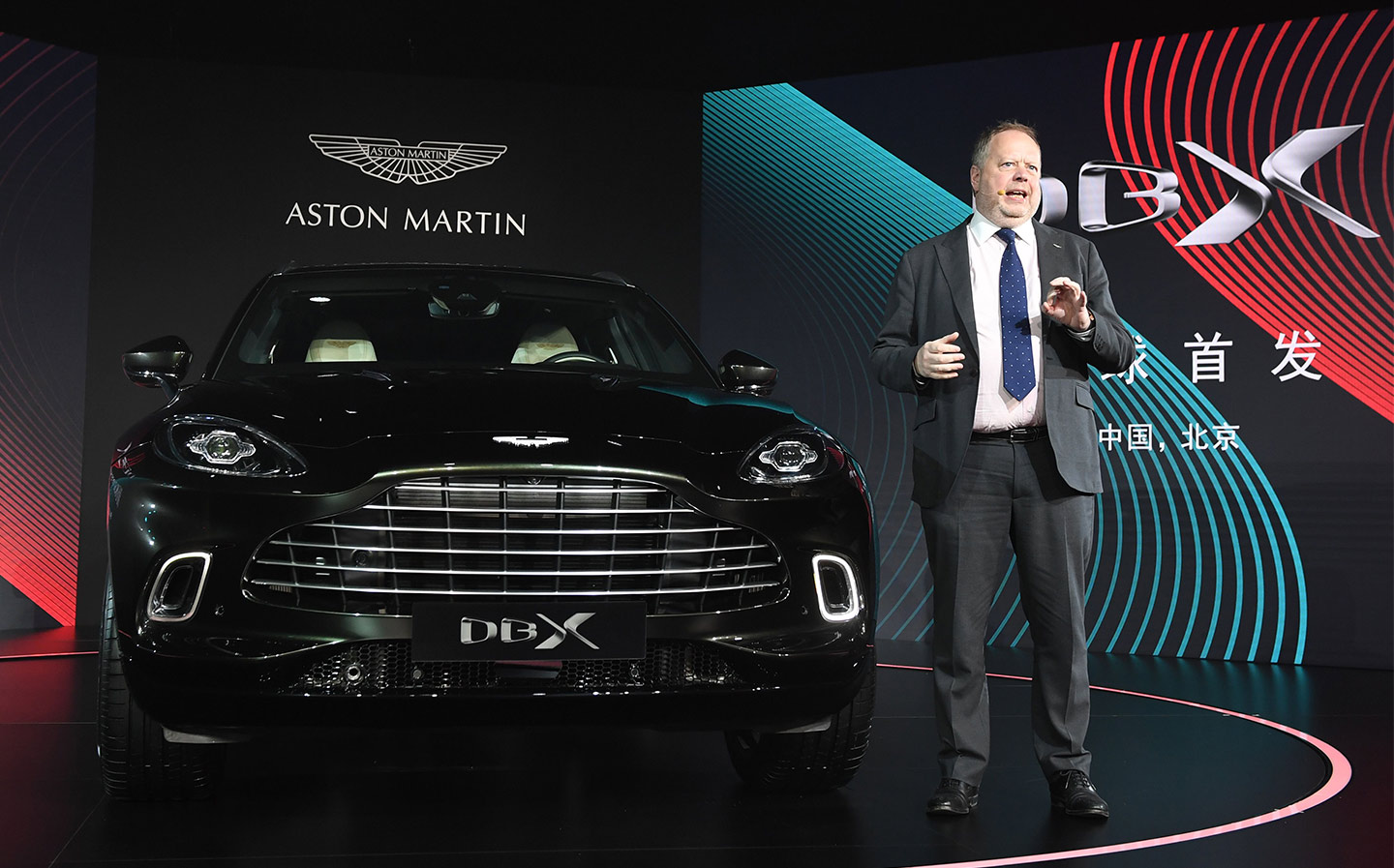 ANDY Palmer helped turn around Aston Martin’s fortunes when he joined as Chief Executive in 2014 but he has now lost his role, as the company reels from a disastrous stock market flotation and financial losses.

It was confirmed this morning (Tuesday) that the job will be taken over by Tobias Moers, the boss of the AMG performance division at Mercedes-Benz, which owns a stake in Aston Martin and is an engine and component supplier to the firm.

Last month a £540m rescue deal handed control of Aston Martin to Lawrence Stroll, the Canadian billionaire part-owner of the Racing Point F1 Team. Stroll led a consortium that bought 25% of the firm, selling part of that shareholding on to another consortium led by Mercedes-AMG F1 team principal Toto Wolff.

Since then, Aston’s finance chief Mark Wilson and its chairwoman, Penny Hughes, have both left the company.

The news that the axe has fallen on Dr Palmer is slightly more of a surprise, as he oversaw the revival of a company that has gone bust seven times. After joining from Nissan, he focused on exciting new models, including a halo hypercar called Valkyrie and the Valhalla mid-engined supercar but, most significantly Aston’s first SUV, the DBX.

The DBX could prove to be the company’s most profitable car by far when it is introduced later this year. Analysts at Goldman Sachs, the American investment bank, have described it as “the most important model for Aston Martin in over a decade”. However, its introduction came at the worst possible time, being delayed due to the Covid-19 coronavirus crisis.

The writing may have already been on for Palmer, however, as Aston Martin’s stock market flotation at the end of 2018 proved to be one of the worst-performing initial public offerings in history. Its shares were floated at £19, valuing the company at more than £4bn, but have lost more than 98% of their value since. They closed at 35½p on Friday.

The company racked up losses of £104.3m last year and has been criticised for overloading dealerships with its cars, demand for which has been weakened by a global slowdown among wealthy buyers, according to The Times.

In a tweet, Dr. Palmer said that “it has been an honour and pleasure to be a part of the Aston Martin family”.

It has been an honour and pleasure to be part of the Aston Martin family & to have worked alongside some exceptional women & men. Thanks also to our customers & followers. Aston Martin exists because you believe, as I do, that this company represents something special. Thank you.

He continued: “Aston Martin exists because you believe, as I do, that this company represents something special. Thank you.”