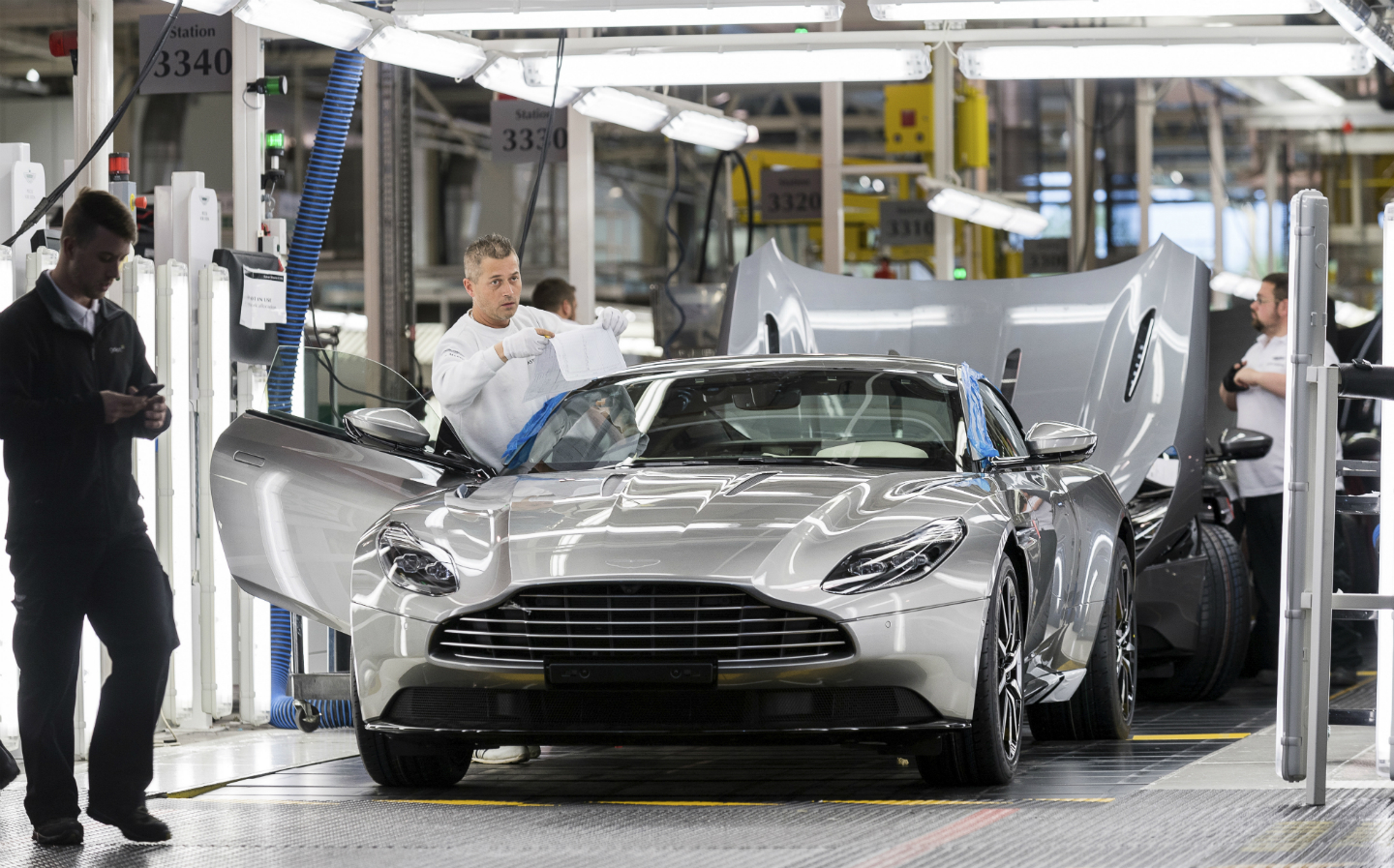 LUXURY sports car maker Aston Martin has confirmed a big shake-up of its new car projects and plans to raise up to £500m to ensure the company’s survival.

The British brand has lost nearly 80% of its share value since it launched on the London Stock Exchange in November 2018, leading to several of its most high profile product launches being pushed back.

Some of the biggest delays involve its upcoming pure-electric cars, including the Rapide E four-door grand tourer. That model has now been put on hold, even though Aston has confirmed development work on its first pure-electric production car is “substantially complete”.

Likewise, the relaunch of the defunct Lagonda name, which Aston Martin wants to revive as “the world’s first zero emission luxury brand”, has now been postponed until 2025 at the very earliest.

Aston Martin’s upcoming mid-engined models have also been pushed back. While Valkyrie hypercar deliveries are still on course to begin later this year, its track-only AMR Pro model that was pencilled in for a 2020 launch has been delayed to 2021.

Valkyrie’s successor, the hybrid Valhalla model originally due in late 2021, has also been postponed by 12 months, and the new Vanquish supercar that was meant to enter production in 2022 is now “expected to be revealed following the unveiling of the Valhalla”.

Not every upcoming Aston Martin has been pushed back, though. By the summer, it will have launched its expected new best seller, the Bentley Bentayga-rivalling DBX luxury SUV, as well as a Vantage Roadster that’s expected to account for 40% of all Vantage sports car sales.

Its limited-run special edition model plans are also unchanged; the car maker saying it wants to launch two “contemporary specials” akin to the recently-announced V12 Speedster and one “heritage special” along the lines of the James Bond DB5 continuation cars every year.

While those cars will keep money rolling into Aston’s coffers, the big cash injection for the company is coming through its new shareholder: a consortium led by the Canadian fashion businessman and Racing Point F1 team boss Lawrence Stroll, who will now become Aston Martin’s executive chairman as part of the deal.

Of the £500m that’s intended to be raised, £182m will come through the Stroll-fronted group buying a 16.7% stake in Aston Martin, with the remaining £318m coming through additional share sales.

The Stroll connection will also see Aston Martin considerably increase its presence in Formula One: from 2021, the Racing Point outfit will be rebranded as the official works Aston Martin team.

As a result, the upcoming 2020 season will be the car maker’s’s last as the Red Bull Racing team’s title sponsor, though Red Bull’s Advanced Technologies division (which is co-developing the Valkyrie with Aston Martin) has confirmed it’s committed to seeing Aston’s halo hypercar project through to completion.

Aston Martin’s president and chief executive Dr Andy Palmer said: “Today’s fundraising is necessary and provides a platform to support the long-term future of the Company.  Mr. Stroll brings strong and proven expertise in both automotive and luxury brands more widely which we believe will be of significant benefit to Aston Martin.

“The actions announced today will allow us to implement and deliver on our reset plan and provide Aston Martin Lagonda with a sustainable platform for the future.”

Lawrence Stroll added: “I, and my partners, firmly believe that Aston Martin is one of the great global luxury car brands. I believe that this combination of capital and my experience of both the motor industry and building highly successful global brands will mean that, over time, we fulfil Aston Martin Lagonda’s potential.”