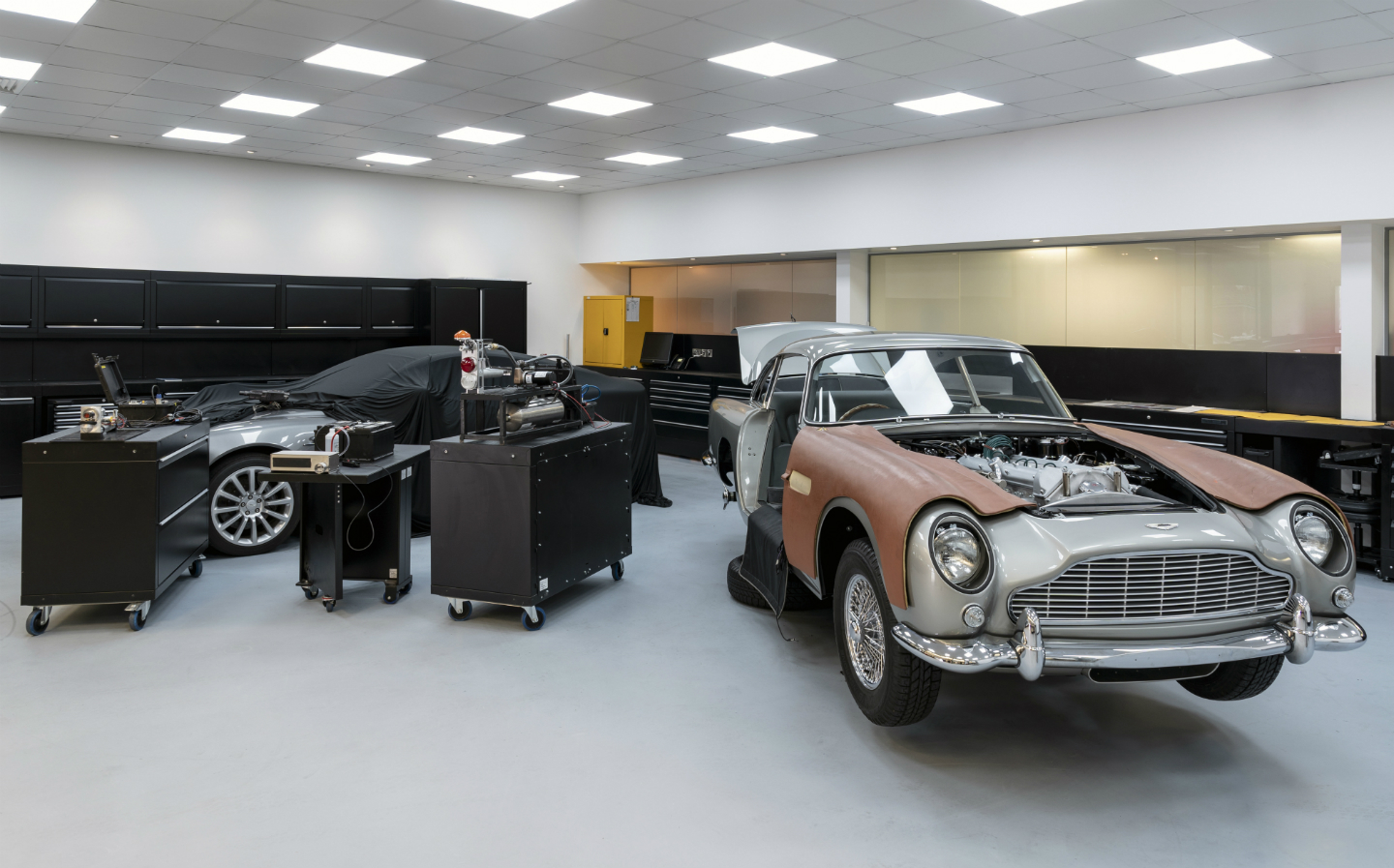 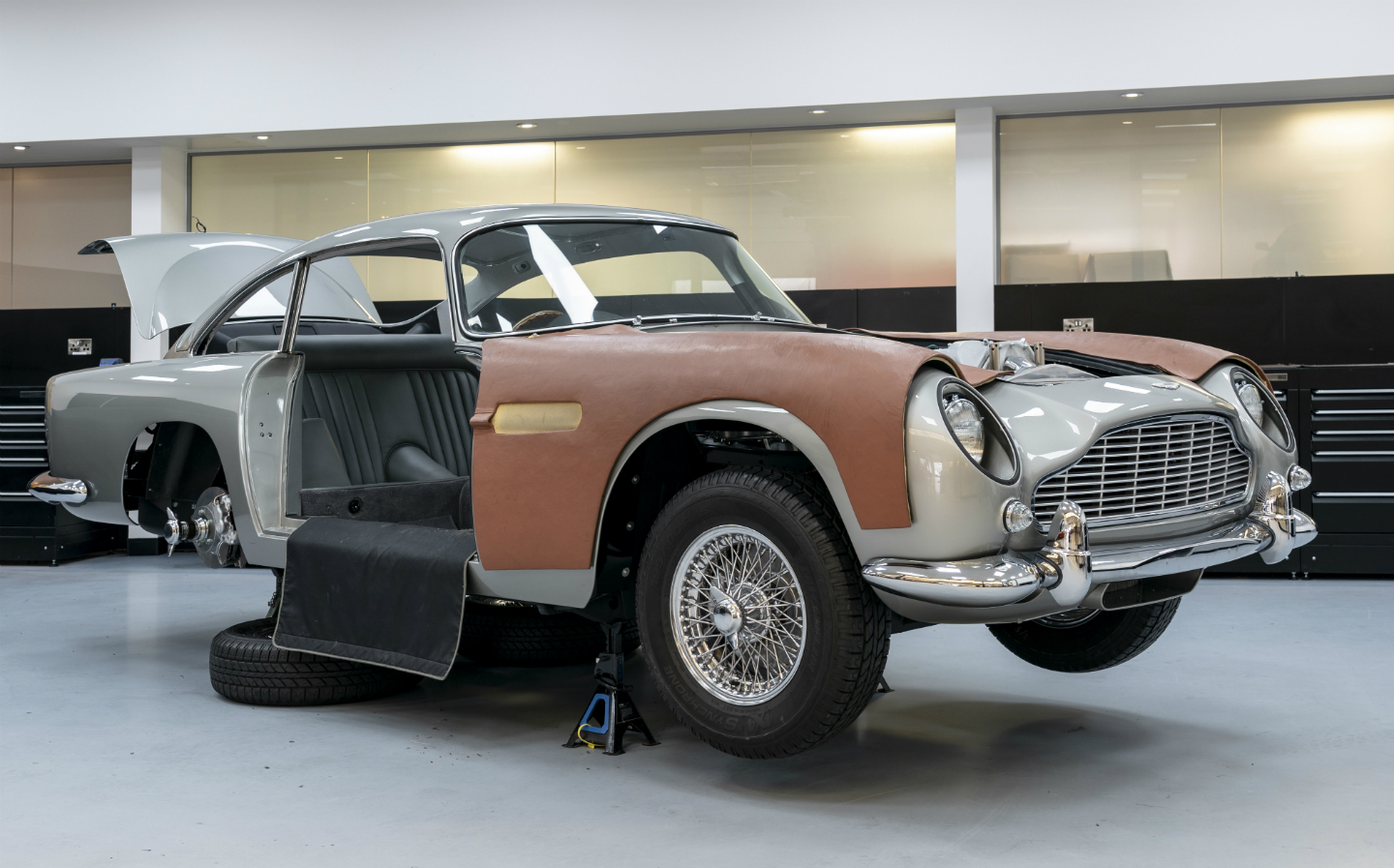 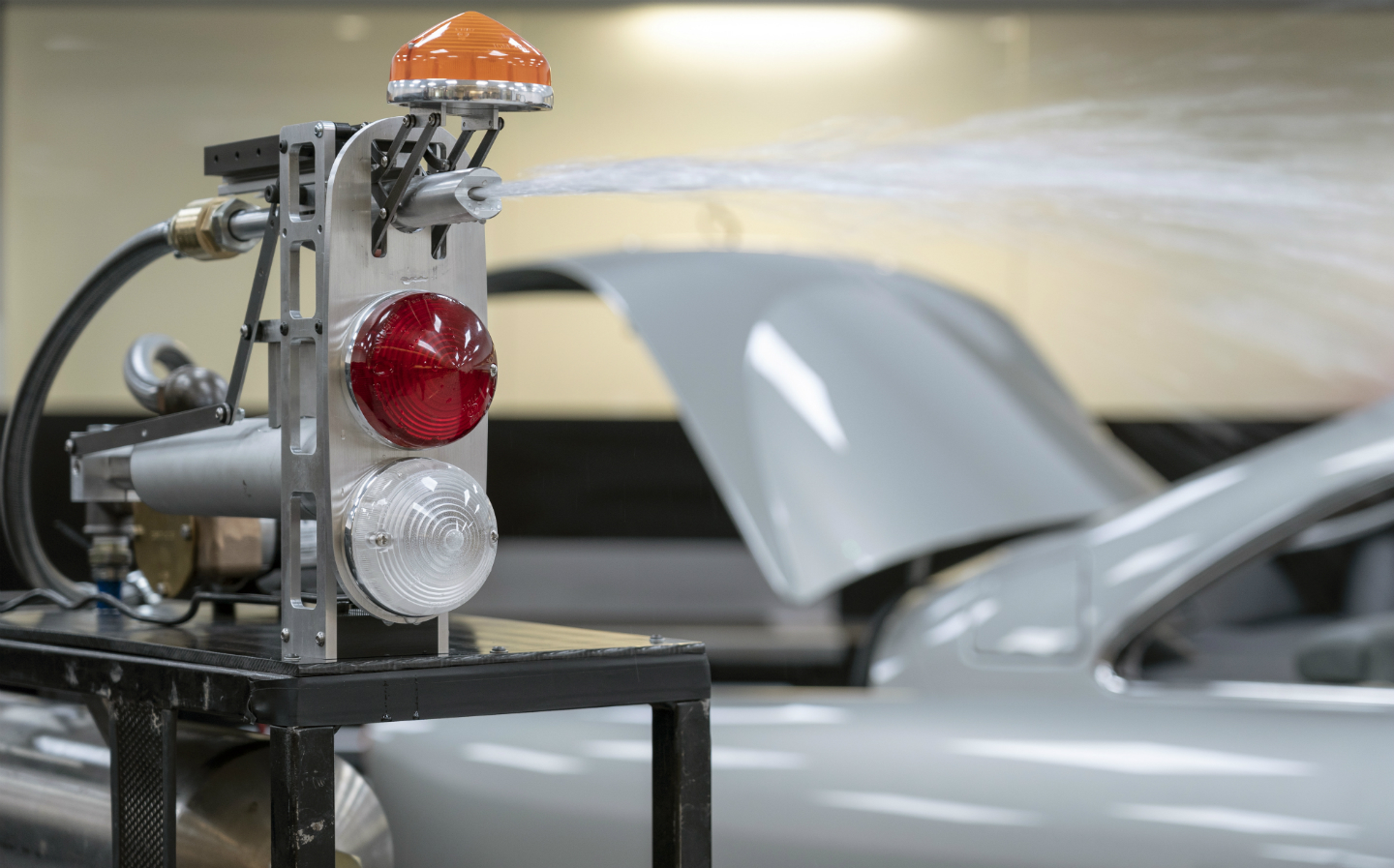 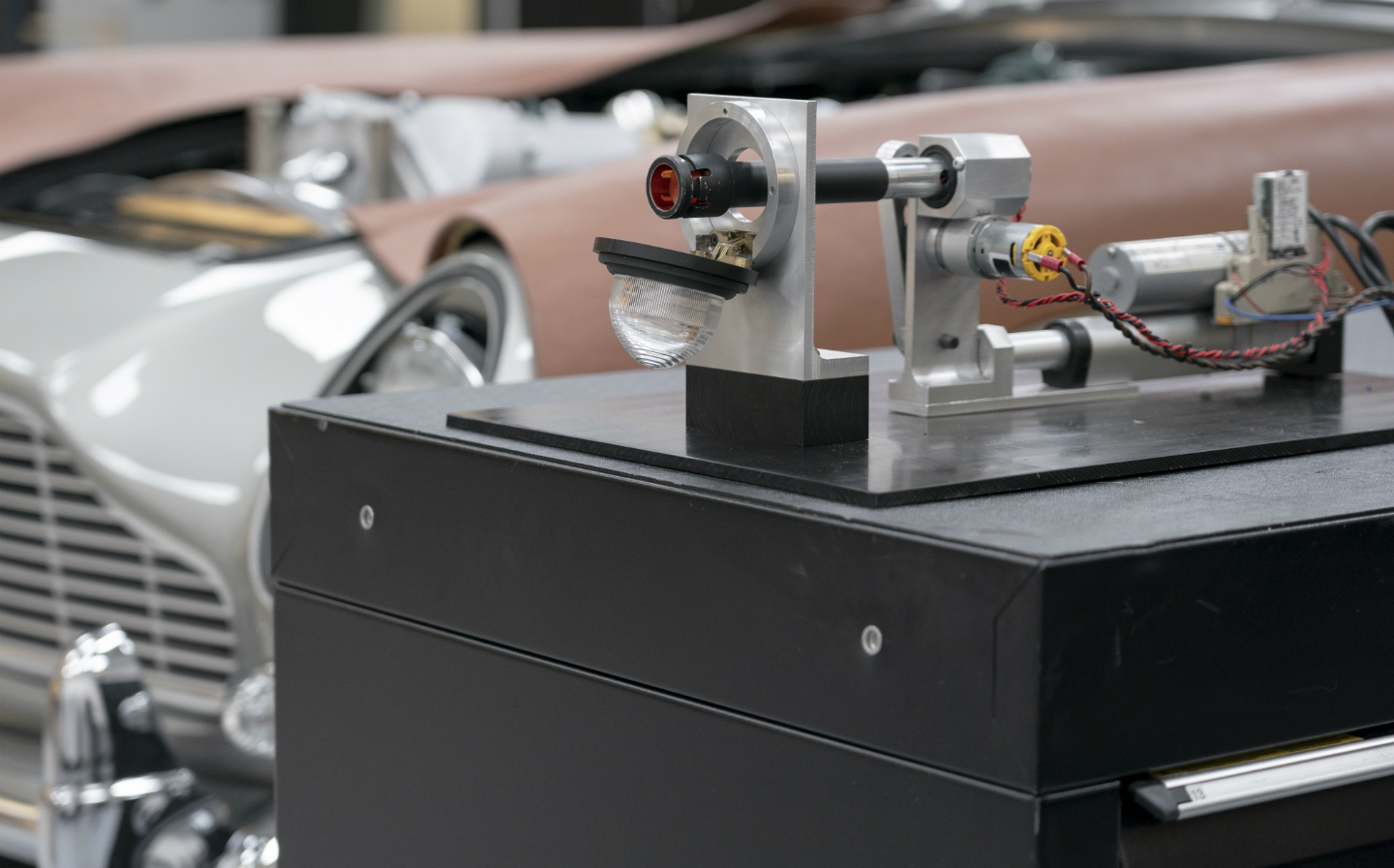 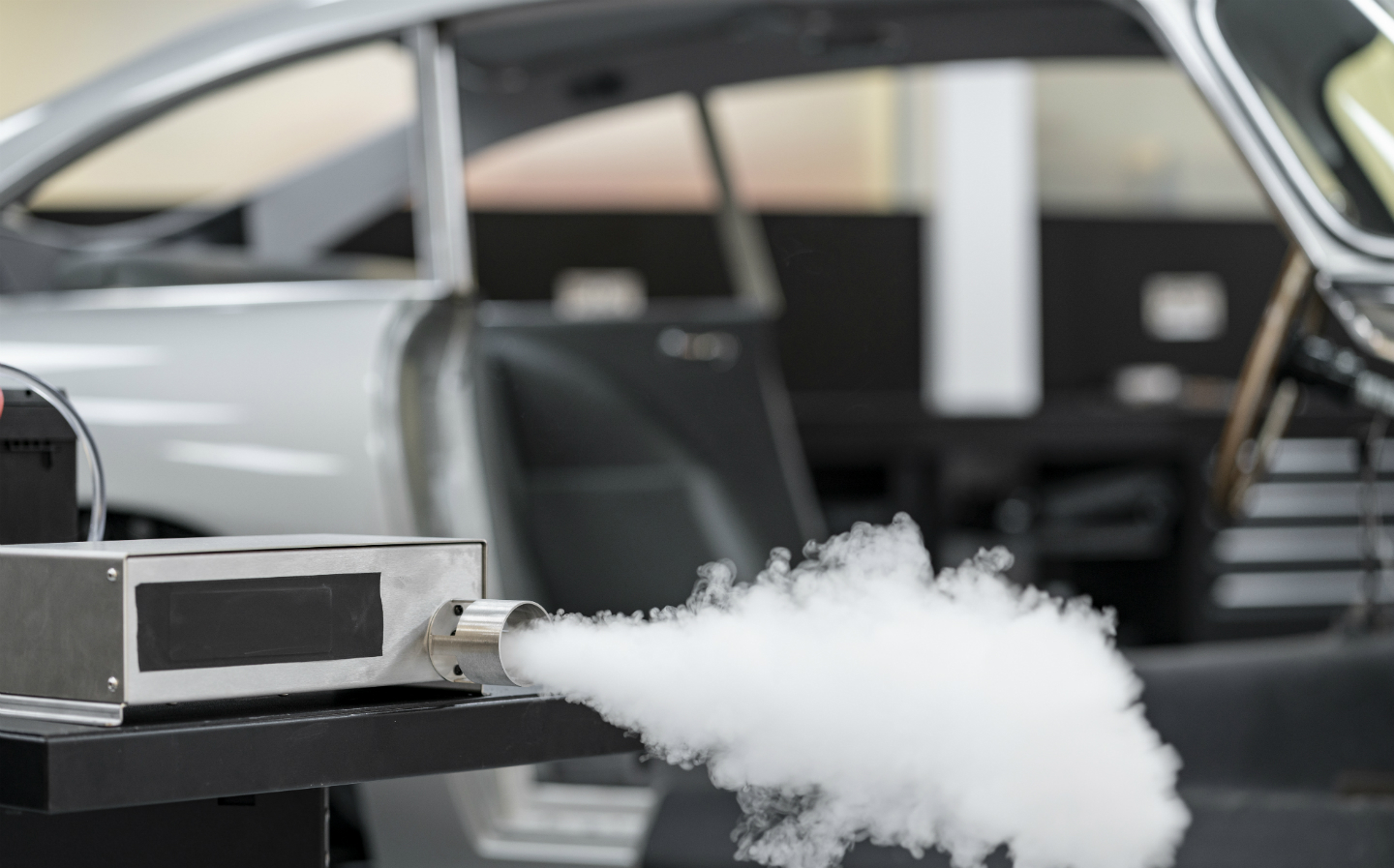 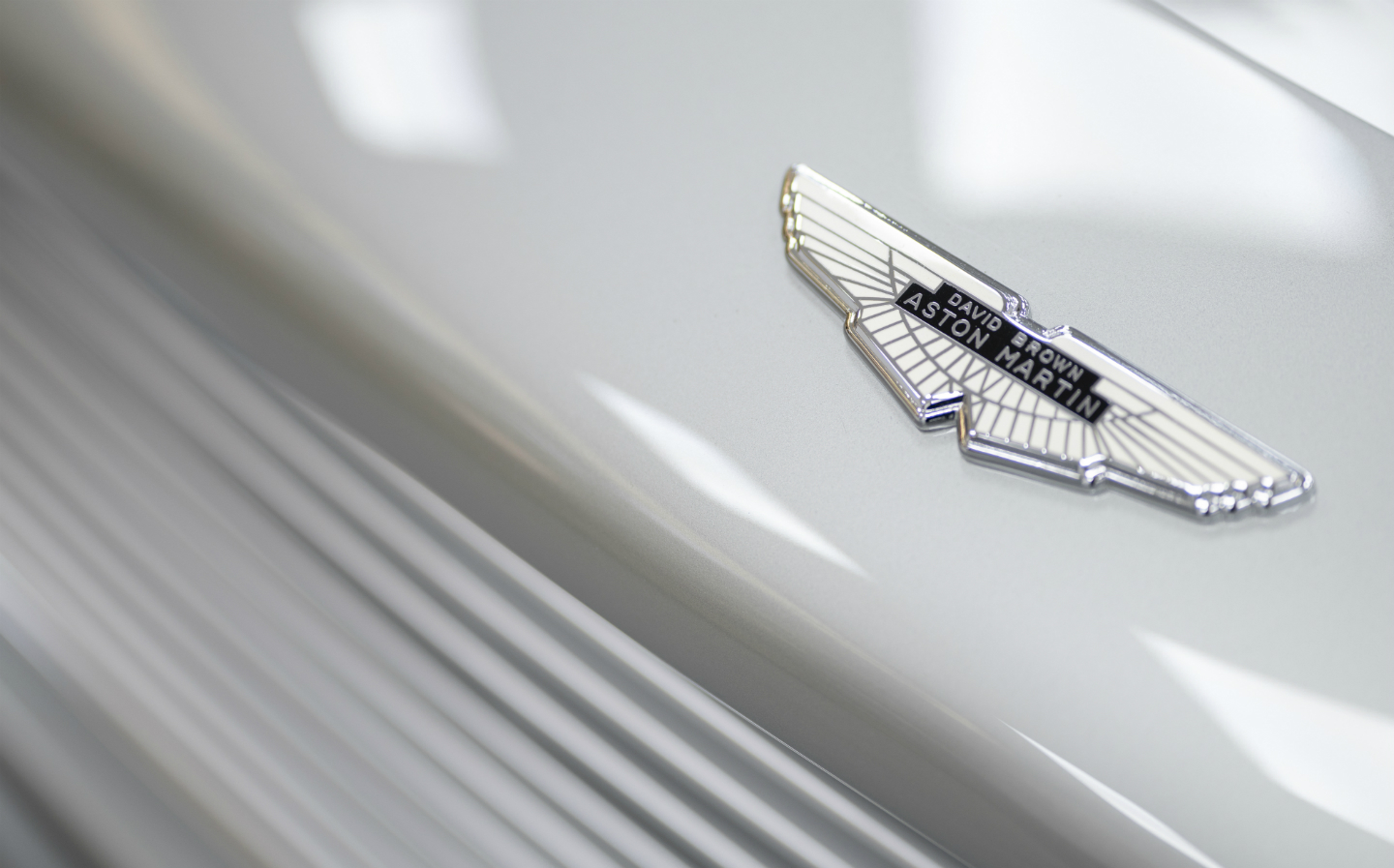 WEALTHY James Bond fans are now one step closer to owning perhaps the ultimate piece of 007 memorabilia: a fully-working recreation of the Aston Martin DB5 from 1964 film Goldfinger.

The 28 replicas, the first new DB5s to be built in 54 years, come in James Bond-spec featuring some of the iconic gadgets that appeared on the silver screen. Though the Q Branch-inspired gizmos are still subject to final approval, the British car maker has been working on items like the rear smoke screen dispenser, revolving number plates, a retractable rear bullet shield and replica machine guns that pop out from behind the front indicator lights.

To ensure the gadgets work as they did in the films (bar the machine guns, for obvious reasons), Aston Martin has enlisted the help of the Academy Award-winning special effects expert Chris Corbould, who’s been a special effects supervisor on every James Bond movie since 1989’s Licence to Kill.

Despite the expert assistance, it’s been a challenge to ensure all of the movie car tech works on the replicas. According to Corbould: “We have licence in the film world to ‘cheat’ different aspects under controlled conditions. For instance, we might have four different cars to accommodate four different gadgets. We obviously don’t have that luxury on these DB5s as all the gadgets have to work in the same car all the time.”

Not all of the 28 Bond-spec DB5s being constructed at the Aston Martin Works facilities in Newport Pagnell (where the original DB5s were assembled) will be sold to prospective punters. Aston Martin and the James Bond film producer Eon have each been allocated one, with another being reserved for an upcoming charity auction.

The remaining 25 will each be sold for £2.75m before taxes. For reference, an original gadget-laden Aston Martin DB5 from the Goldfinger and Thunderball films sold at auction in 2010 for £2.9m, or £3.6m in 2019 once inflation is included.

Bond fans who don’t have a Casino Royale-sized budget do have a more affordable alternative. For £129.99, you can also buy your very own James Bond Aston Martin DB5 replica — albeit as a 1:8 scale Lego kit.

James May: Why the Corgi James Bond Aston Martin DB5 is the most significant car ever