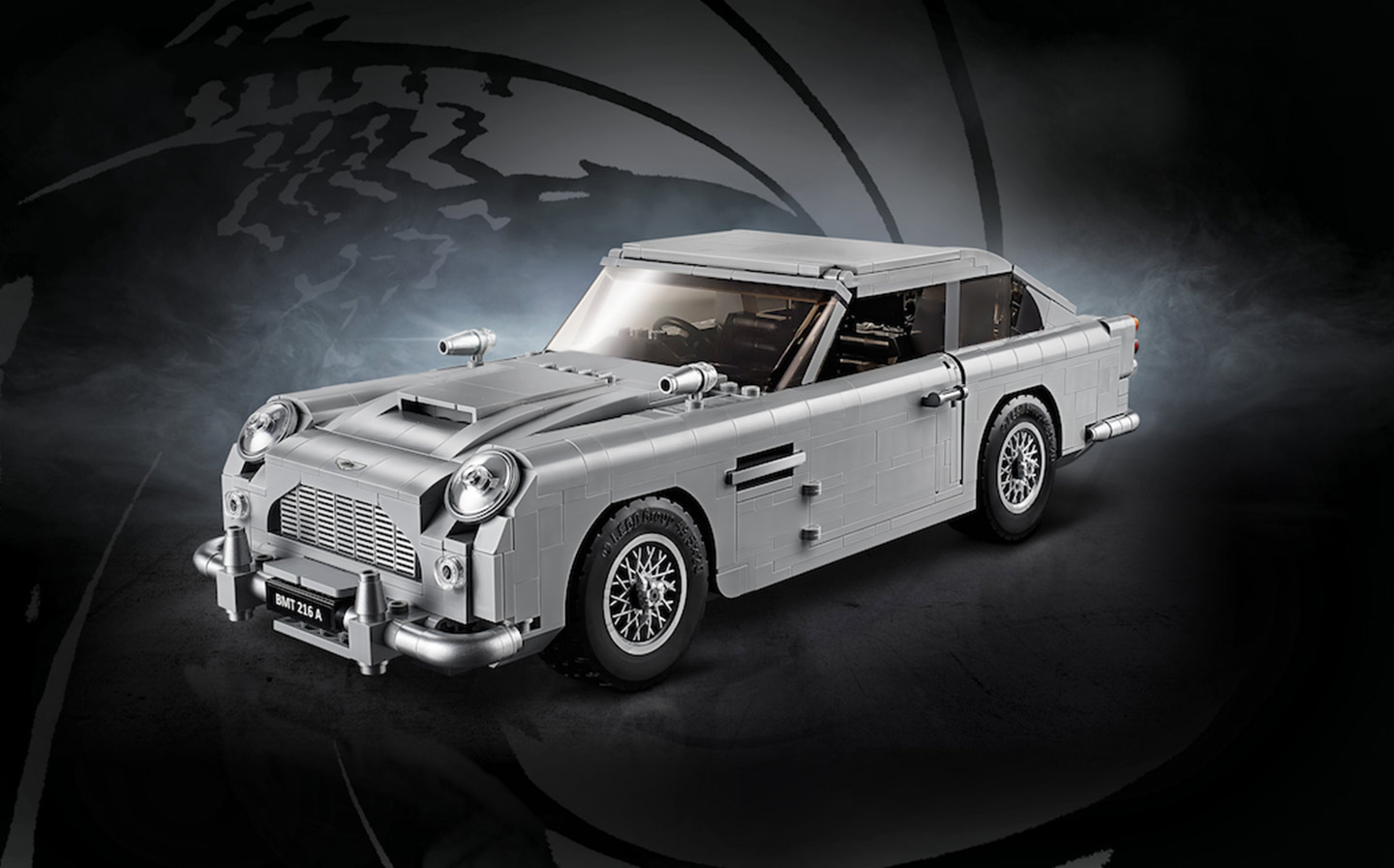 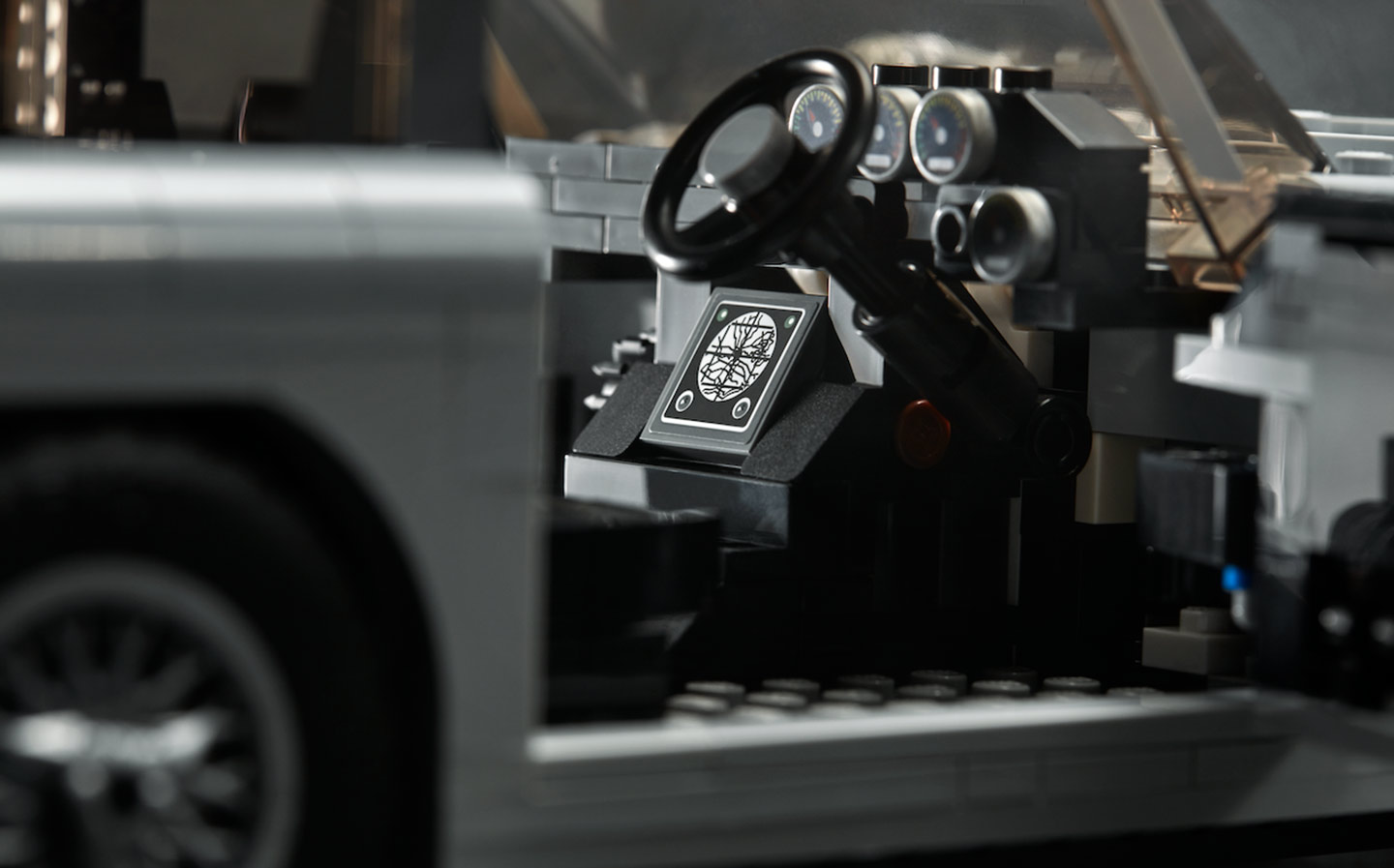 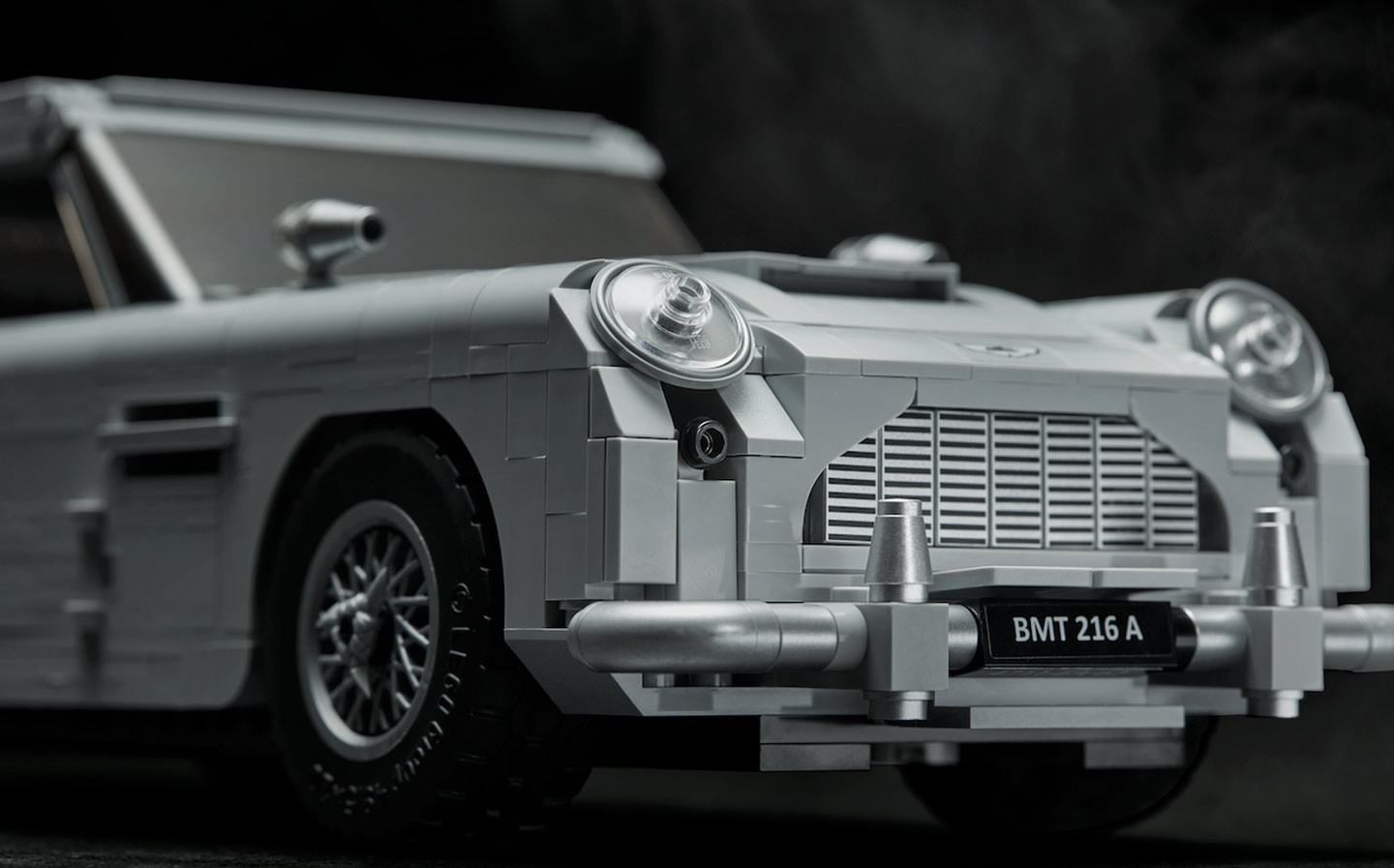 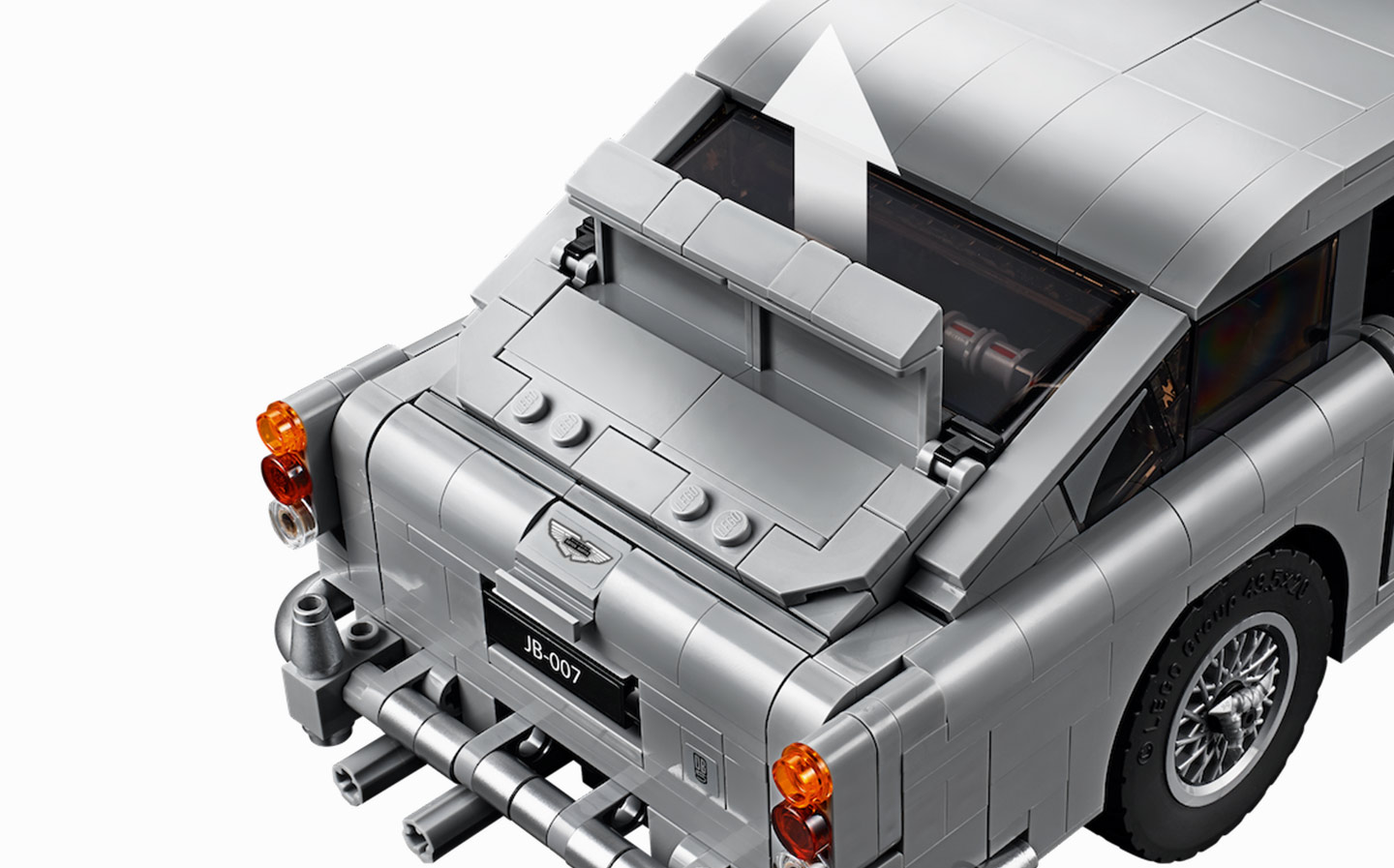 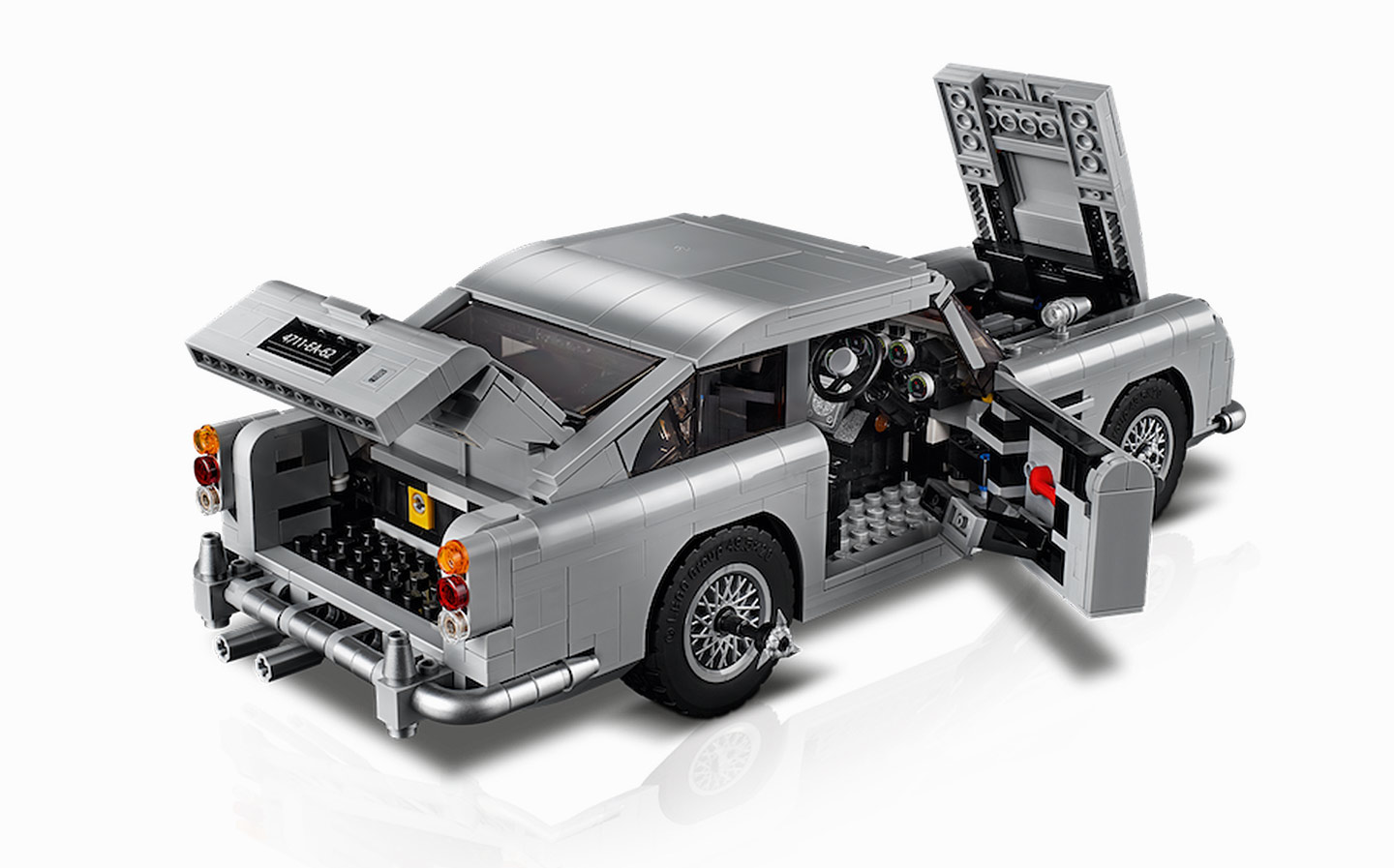 FANS OF Lego and the James Bond films young and old have a new mission, and it might be their toughest assignment yet: build the incredible 1:8 scale Aston Martin DB5 set.

An all-new addition to Lego’s premier Creator Expert range, the licensed Aston Martin DB5 will require special care when being put together. As well as consisting of 1,290 pieces, the set is also isn’t very conspicuous — measuring 12cm wide and 33cm long when fully assembled.

Being inspired by the car from the James Bond film Goldfinger, there are one or two rather special accessories on this Lego Aston Martin DB5. Q branch gadgets such as tyre scythes, machine guns, pop-up bullet shield and rotating numberplate are present on the set, and there’s even a working ejector seat (though it remains to be seen whether it’s triggered by a little red button).

At a glamorous event at Lego UK’s flagship branch in London’s Leicester Square this morning, it was revealed that the 007 DB5 Lego set took four to five months to develop, with an amazing 10-15 iterations of the ejector seat created before the design was fettled into the final version with the help of slow-motion cameras.

Designer Michael Psiaki joked that the only feature they couldn’t create was the oil slick.

The attention to detail goes beyond featuring the Q-approved gadgets and gizmos. Despite the limitations that come with recreating the curvaceous shape of an Aston Martin DB5 using Lego bricks alone, the licensed kit does bear a strong resemblance to the iconic movie car.

Psiaki said: “The iconic status of James Bond’s DB5 makes this car a perfect fit for the Lego Creator Expert series. We’re really excited to unveil our Lego brick version of this elegant and timeless machine.”

The Lego Creator Expert Aston Martin DB5 will officially retail for £129.99 when it’s released on July 18.

Build time estimates haven’t been published, though (being nearly three times less complex than the Lego Technic Bugatti Chiron that took us 27+ hours to build) you likely won’t need all the time in the world if you want to complete the set yourself.