ASTON Martin has revealed a new 3-litre V6 engine which it says will feature in a range of mid-engined sports cars, starting with the Valhalla from 2022.

The engine is called the TM01, named for former Aston Martin engineer Tadek Marek, who designed the company’s last in-house engine, way back in 1968. Though the uprated engine in the DBS Superleggera is modified and built by Aston Martin itself, the company says that this V6 is the first power unit it has designed for more than 50 years. Over the last half decade, the company has borrowed designs from Jaguar, Ford and, most recently, Mercedes’ high performance branch AMG, which has supplied it with V8s.

Aston Martin President Andy Palmer said: “Investing in your own powertrains is a tall order but our team has risen to the challenge. Moving forward, this power unit will be integral to a lot of what we do and the first signs of what this engine will achieve are incredibly promising.”

Hybrid systems have been developed alongside the new engine and Aston says that the two new developments will work in concert to create the most powerful unit in its range. As well as the electrification prospects, the new engine will meet Euro 7 emissions regulations.

“This project has been a great challenge from the start,” said Joerg Ross, Powertrain Chief Engineer. He continued: “putting a team together to deliver what is going to be the future power of Aston Martin has been an honour. From the very beginning, we have had the freedom to explore and innovate in a way that we have not been able to do so in a very long time.”

Aston claims that higher engine speeds, combined with the sportier benefits of electrified powertrains, will “offer the performance characteristics of a mid-engined sports car on an extreme level.” The unit’s positioning (behind the driver’s cabin), as well as a dry sump system, are meant to give whichever car in which the engine is installed the lowest possible centre of gravity.

The unveiling of the engine comes as a statement of intent from the company, which has seen its stock value fall in since it launched on the London Stock Exchange, before announcing plans to raise £500m to inject into the business. Its DBX SUV was under production and set for a press launch in Palm Springs in April, until all manufacturing was halted and international travel was largely ended due to the coronavirus outbreak. That car is seen as pivotal to the company’s future. Aston also unveiled the Vantage Roadster and the visceral V12 Speedster earlier in the year.

The creation of the Valkyrie, the British marque’s mid-engined hypercar, has informed the production of the new engine, says Aston. This includes the “hot V” structure, which helps the unit to come in at under 200kg. The Valkyrie uses a mammoth 6.5-litre, naturally aspirated V12 engine developed by Cosworth Engineering which will produce 986bhp. 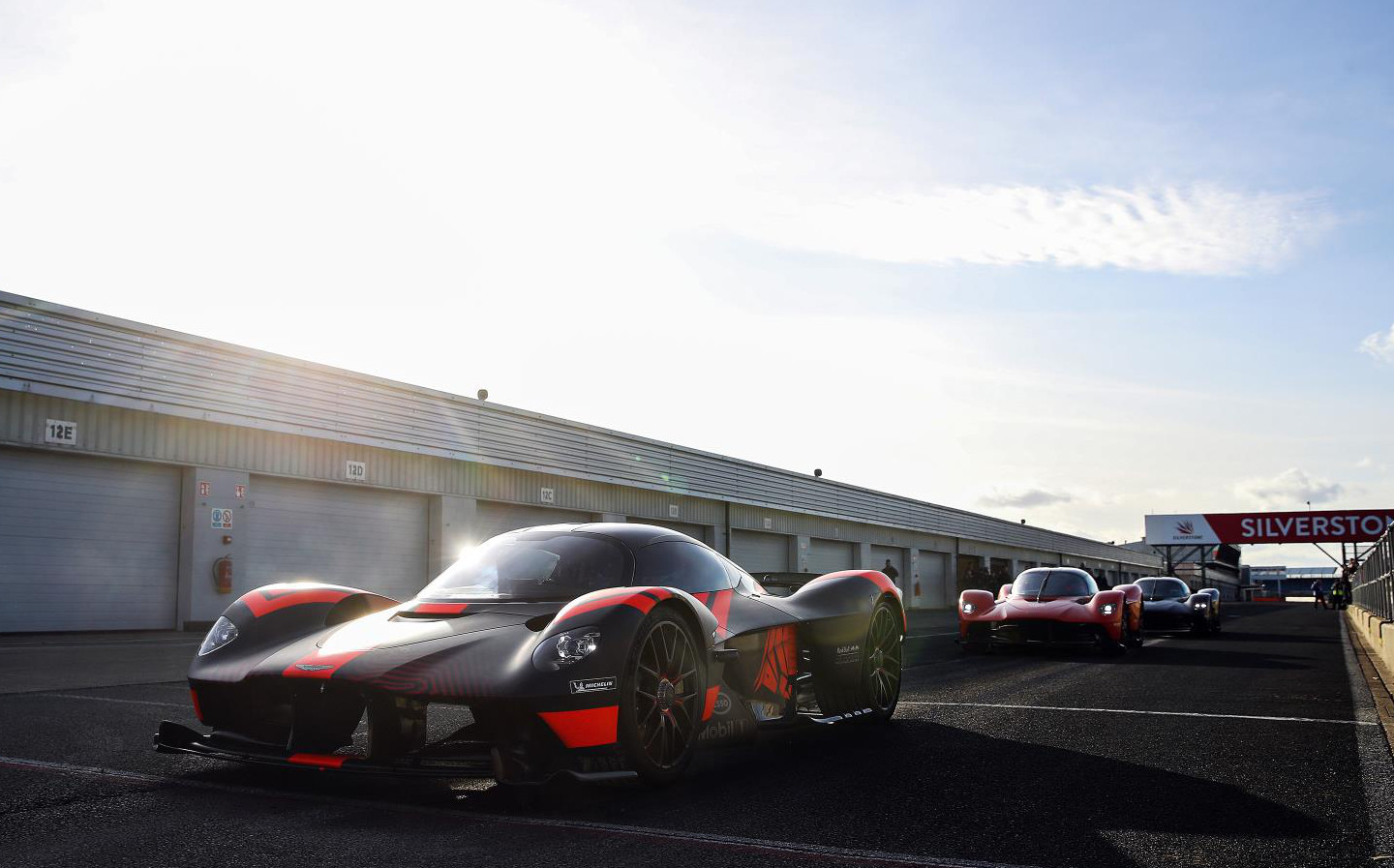 Cosworth seems to be on form at the moment. Gordon Murray Automotive, which is set to fully unveil its new hypercar, called the T-50, in May, has released a video of a test version of the car’s V12 Cosworth Unit revving to 12,100rpm, which is 1,600rpm more than the Valkyrie’s. Gordon Murray says that it is the highest-revving and fastest-responding naturally aspirated engine ever designed for a road car. You can watch the video here.

The Valhalla, which is to be the vessel for the TM01’s maiden voyage, is not due to be released for two years, but we’ll get a peek of it being driven (albeit, maybe not a realistically) long before that. The hypercar, which was revealed at the 2019 Geneva Motor Show under a different name, will star, alongside three other Aston Martins, in the new James Bond film No Time to Die. 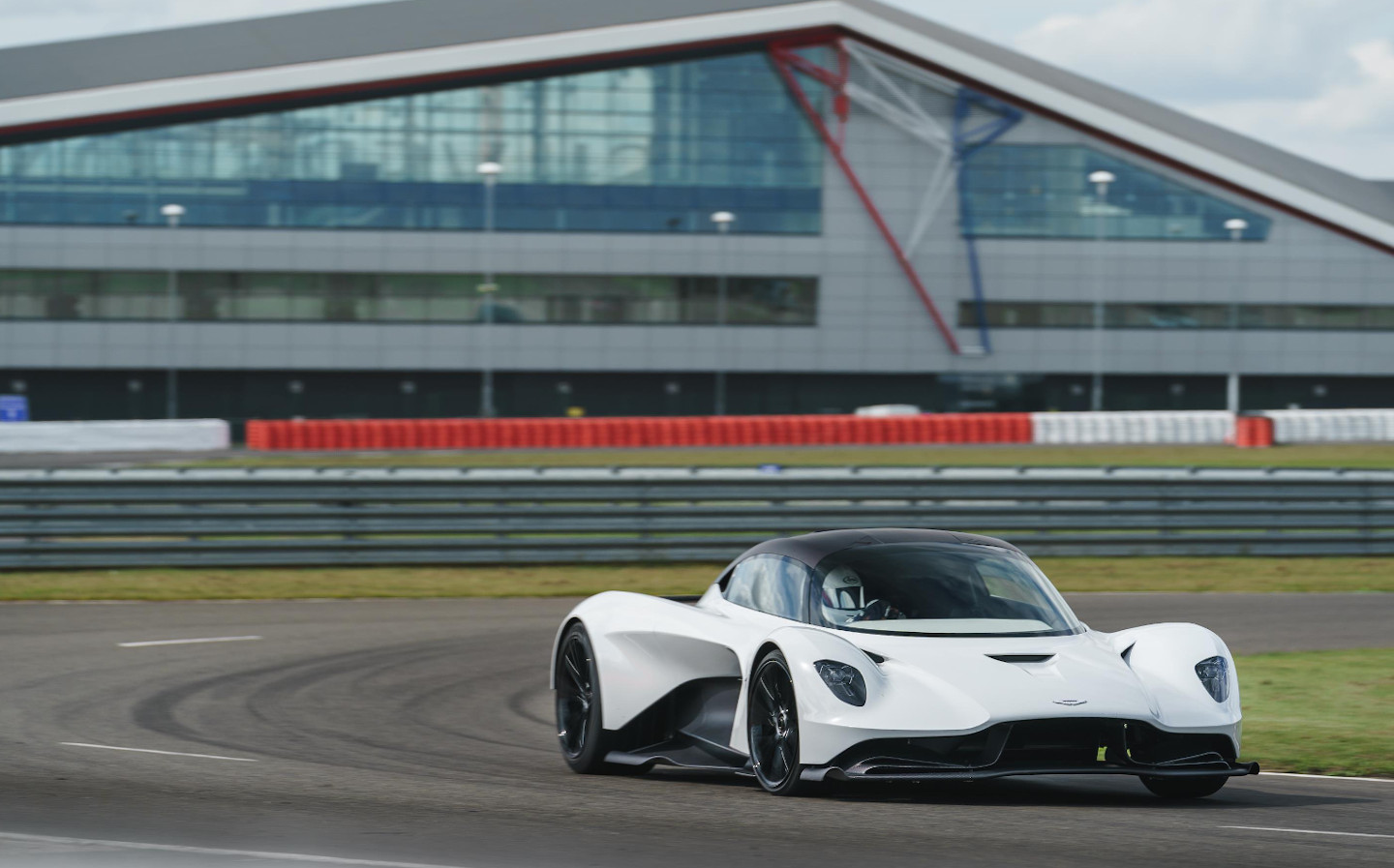 Whether the Valhalla will be shown up by its companions in Daniel Craig’s last outing as 007 remains to be seen. It’s to be accompanied by the new DBS Superleggera and the vintage V8 Vantage last seen in The Living Daylights, as well as the reappearance of the classic DB5 who’s obliteration at the end of Skyfall caused petrolheads the world over to wince collectively.