SUPERLATIVES are second nature to car makers. They love to say their cars are the “most” of this, or the “best” of that, and often the assertion is open to debate. However, when the man who helped design some of the most successful F1 cars of all time and the McLaren F1 (below), considered by many to be the best road-going supercar ever built, says that he has designed the “purest, lightest, most driver-centric supercar ever”, it’s hard not to take notice. 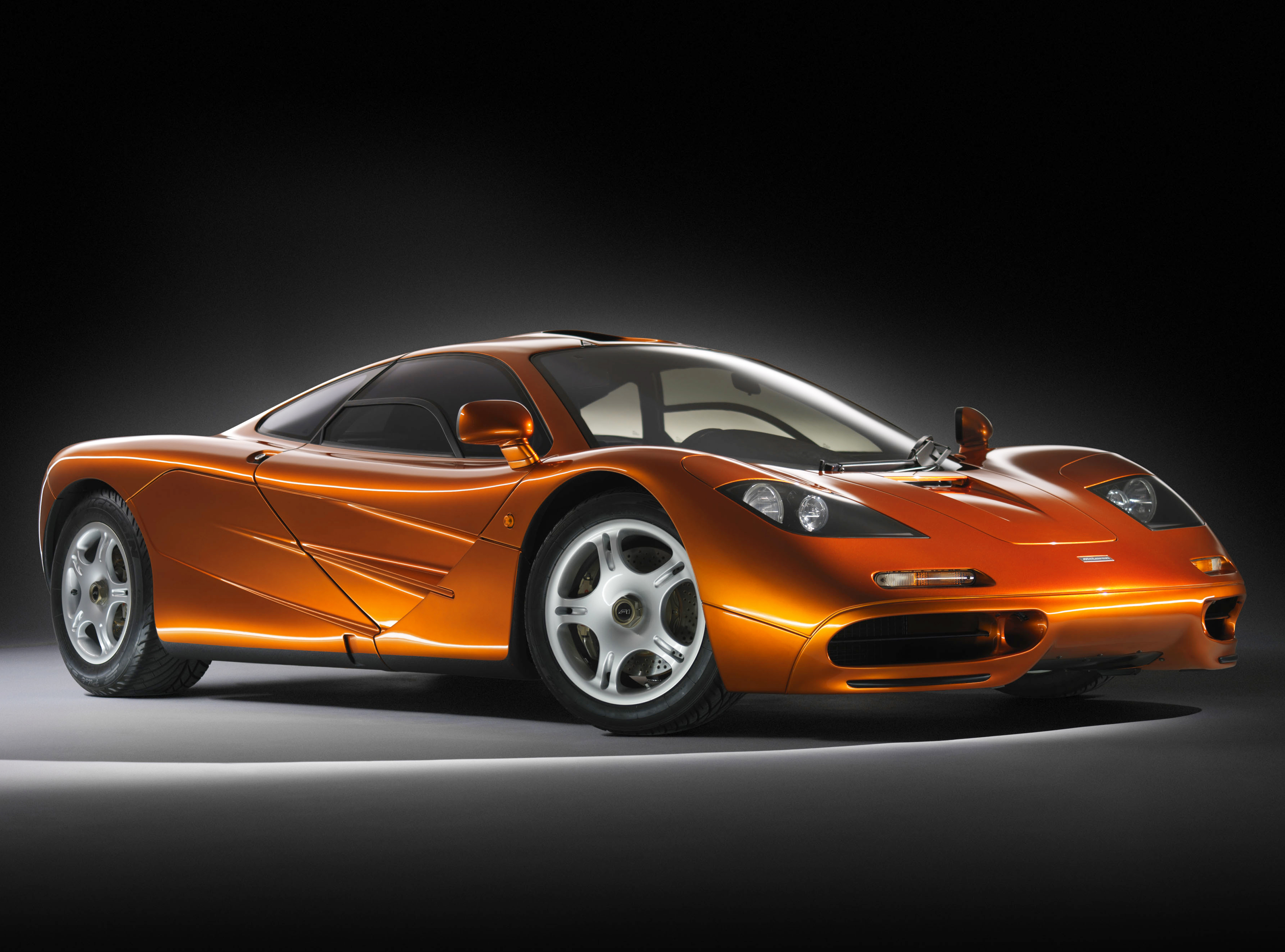 Enter the T-50, from Gordon Murray Automotive (GMA). To Murray and his team, it is the true successor to the F1, and he says that it improves on the McLaren in “every conceivable way”.

The McLaren P1 is considered by some to be the heir to the F1, while McLaren classes the Speedtail as such. But the GMA T.50, despite not carrying the McLaren badge, is strikingly similar to Murray’s earlier masterpiece, with the same three seat layout and a V12-configuration engine. While the Speedtail also has a central driving position, neither the P1 nor the Speedtail use a V12 — both have hybridised twin-turbocharged V8s.

The T-50’s engine, in fact, is one of its most eagerly-awaited features. Located in the middle of the car and completely bespoke for the T.50, it’s a 3.9-litre V12 designed by Cosworth that has got petrolheads whispering excitedly thanks to its record-breaking credentials.

GMA have been teasing it for a while, dropping video and audio snippets on social media to get people drooling. The sound at 8,000rpm is something to behold, so the sound at 12,100rpm is sure to be fantastic.

And thanks to the T-50’s incredible lightness, the V12 will be given more than enough opportunity to flex its muscles. Its kerb weight is under a ton — 986kg to be exact — which makes it, according to GMA, around a third lighter than the average supercar.

Its 654bhp may pale in the face of heavy 1,000+bhp electric hypercars, but the svelteness means that it has a more than satisfactory power-to-weight ratio of 662bhp per ton.

This was done through characteristic attention to detail and perfectionism, with weekly “weight watchers” meetings dedicated to scrutinising the weight of every component. Key weight saving tactics include a fully carbon fibre monocoque and body panels, which together weigh less than 150kg. The seats, also made from carbon fibre, weigh just 13kg.

This has been achieved through one of Murray’s core philosophies: not focusing so much on the power to weight ratio as on weight to power. In the T.50, every 100PS (98.6bhp) of power has to push just 150kg of car, whereas a “typical” supercar (which GMA is classing as a 1,436kg car with 683bhp) has to push 207kg (40% more) with the same amount of power.

And, as Professor Murray himself puts it: “A heavy car can never deliver the dynamic attributes of a lighter car – even if it has the same power to weight ratio. While it is possible to disguise a heavy car’s dynamic capabilities with complex active suspension and sophisticated electronics, the agility, responsiveness and reward of a lightweight vehicle simply cannot be matched.”

Further helping out are the car’s extreme aerodynamic measures, which include a unique rear-mounted fan which makes the back of the car look rather more futuristic than the F1-esque front.

The fan, which measures 400mm, increases downforce by 50% alongside the active rear spoilers and interactive diffusers. It also adds 49bhp to the car’s power output, reduces drag by 12.5% and cuts braking distance from 150mph by 10 metres. More than just a party piece, then.

On the exterior things have been stripped back to basics. Perhaps revealing Murray’s thoughts on modern supercar design, the styling has been called “a return to beauty”, with dramatic dihedral doors reminiscent of the F1. GMA says that, when all four of the car’s doors are open, it looks “like a predatory winged insect preparing for flight”.

Much of the design is rather understated, though, with clean lines intended for better aerodynamics favoured over what Murray calls the “current supercar trend for exaggerated wings, vents and ducts”.

Things are similarly refined on the inside. Much has been made by GMA of the T.50 being the last brilliant analogue supercar, and that means no touchscreens. Even the rev counter is a dial rather than a digital display.

Murray has included connectivity, though, with Bluetooth, Apple CarPlay and Android Auto compatibility, as well as a bespoke 10-speaker sound system, so the “analogue” thing hasn’t been taken too far.

With the driver positioned in a jet-fighter style central position, GMA have made sure the driving experience is the focal point, with minimal distractions. The aerospace-grade primary and secondary controls are arranged in an ergonomic bubble around the driver, and in a nice touch, every component in the interior comes from a British supplier — part of Murray’s determination to create a true British sports car. 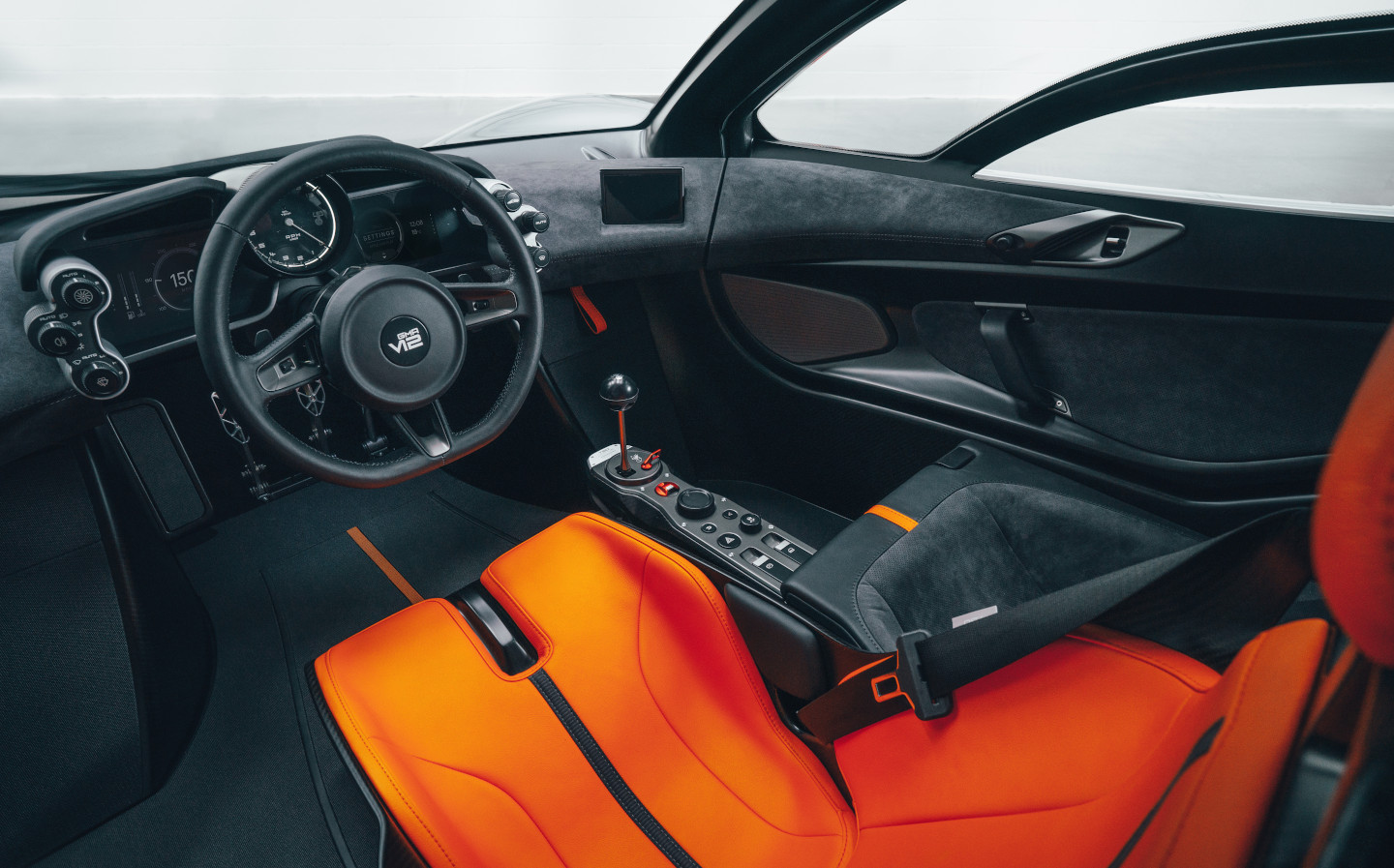 Despite the supercar credentials of the T.50, GMA is insisting that it is practical as a daily driver. There is a “GT Mode” engine map for improved day-to-day driveability, 288 litres of luggage space, and the company claims there is comfortable seating for three adults — although car makers can sometimes be a bit generous with the use of the word “comfortable”. We’d also suggest taking at least one passenger with you if you’re likely to encounter any toll booths en route.

If you’re wondering what it costs, get ready for even your high expectations to be surpassed: the T.50 costs a stratospheric £2.36m before taxes. If you can afford that, though, there’s a bigger problem: only 100 units will be made, making it a rare car indeed. Every customer will be met by Murray himself, and all buyers have been invited to the UK factory to have their car fitted perfectly for them.

The T.50 is probably not the future of supercars. There’s no hybrid option, electric motors or ridiculous horsepower — there isn’t even a touchscreen — but Gordon Murray Automotive seems to have made a car to close a chapter of motoring rather than open a new one.

Me and My Motor: Gordon Murray, design legend, on his type of car