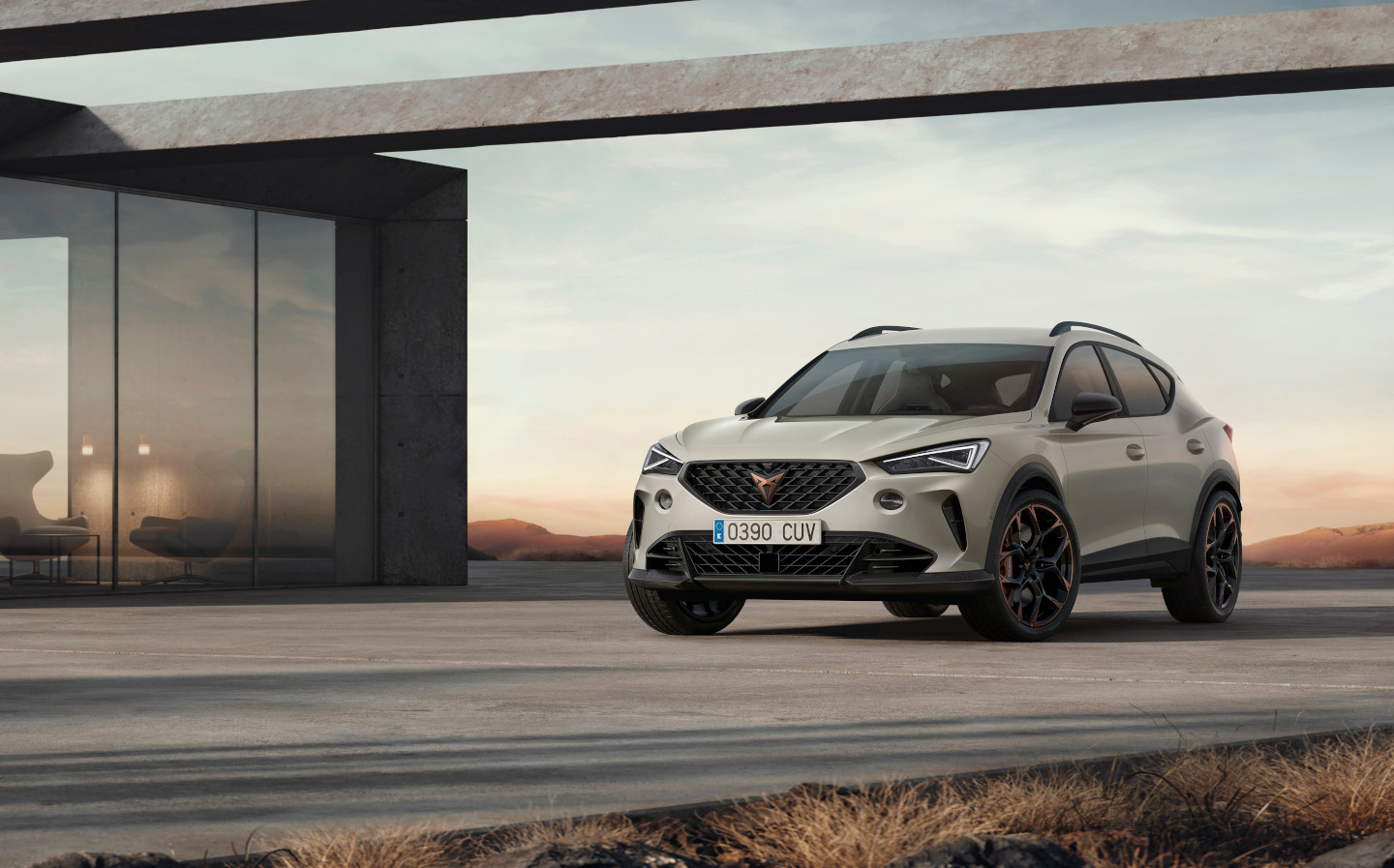 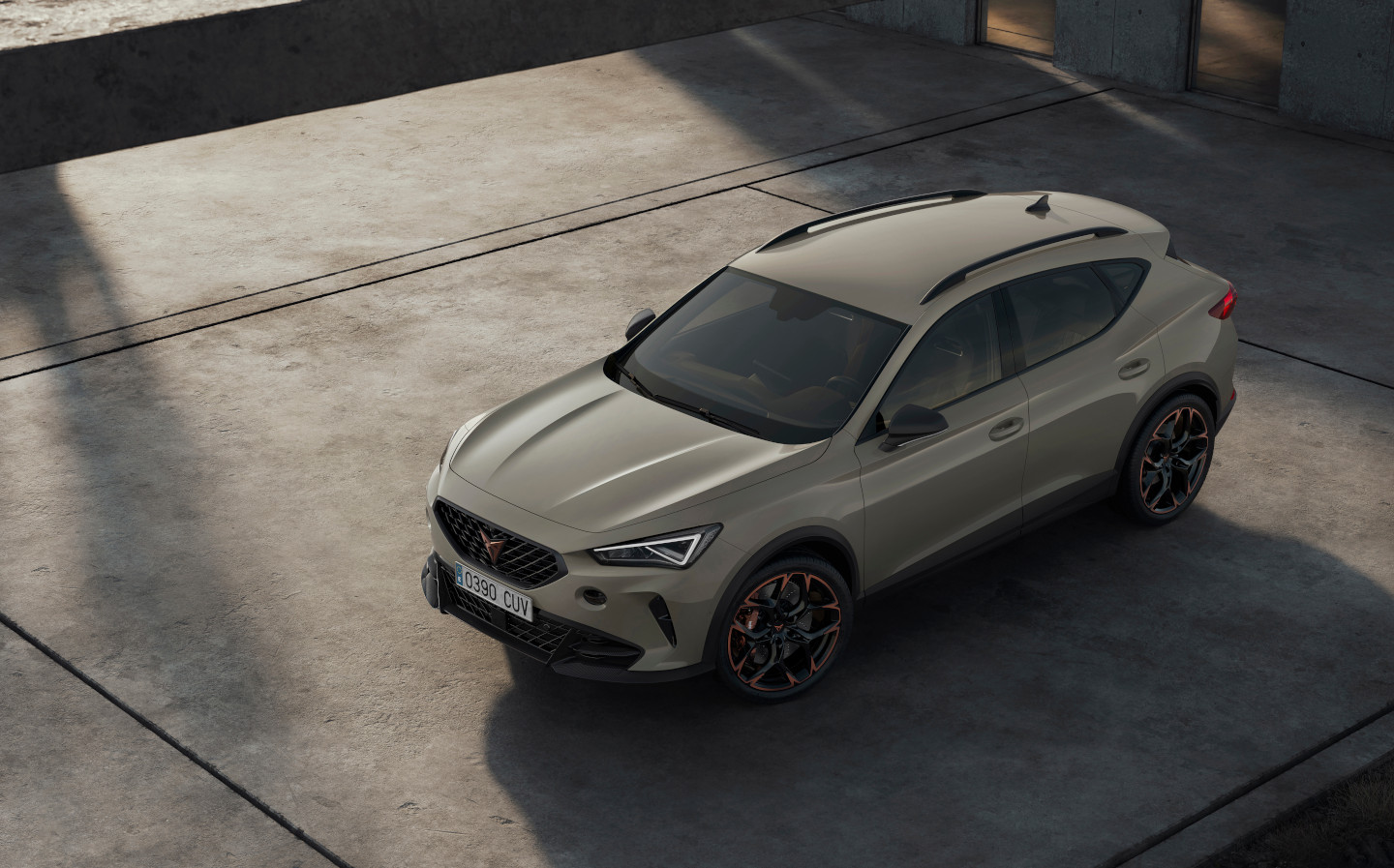 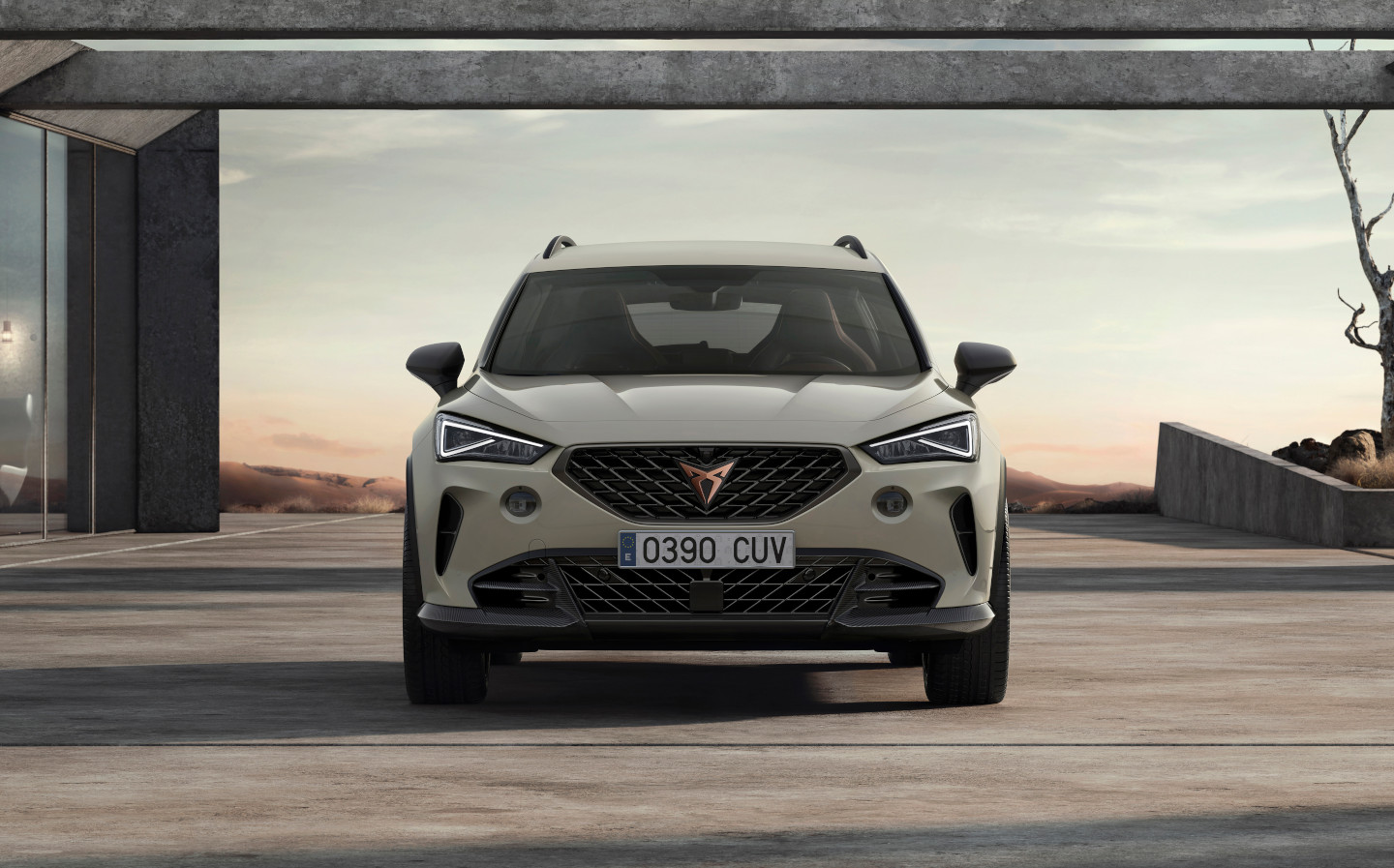 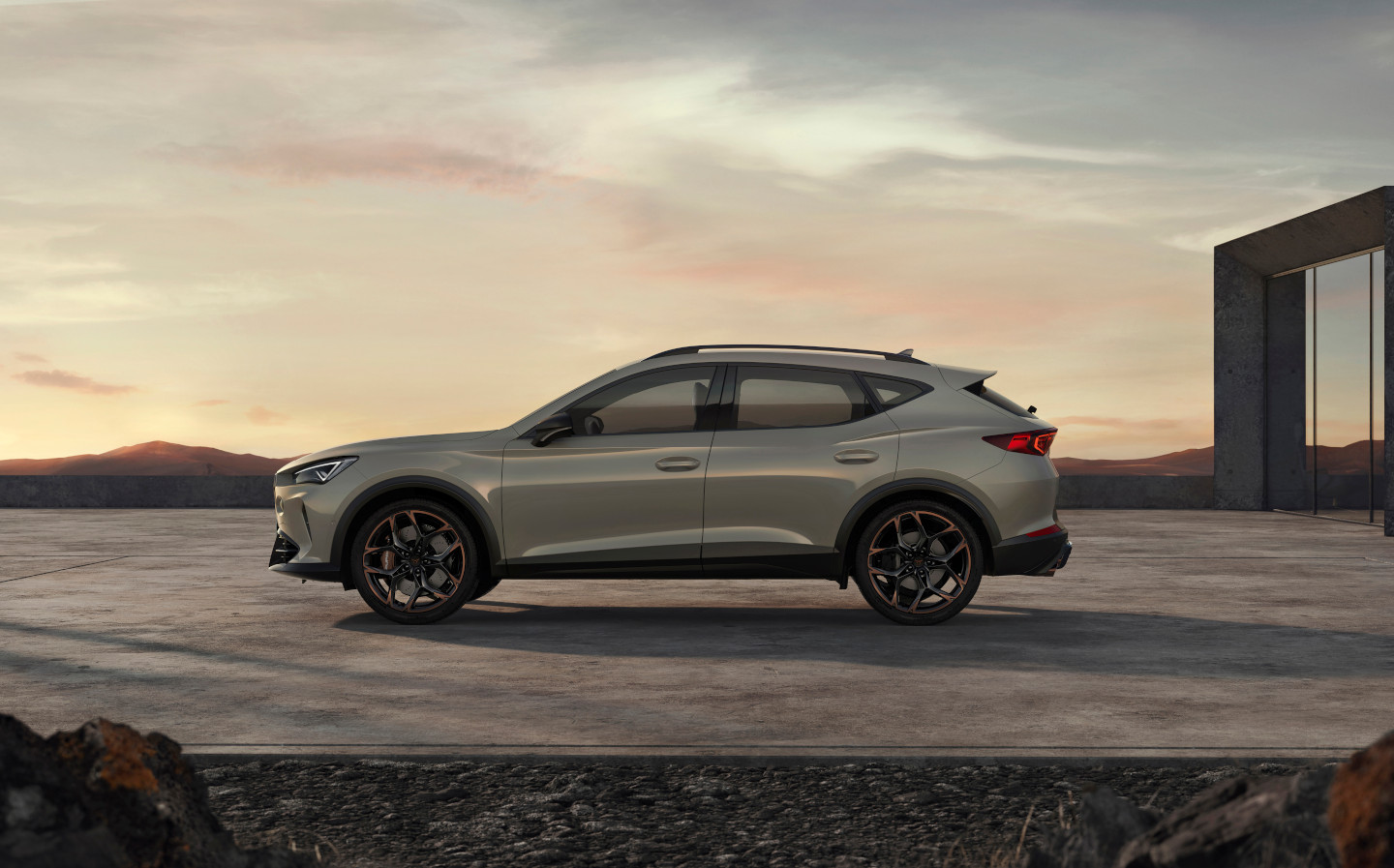 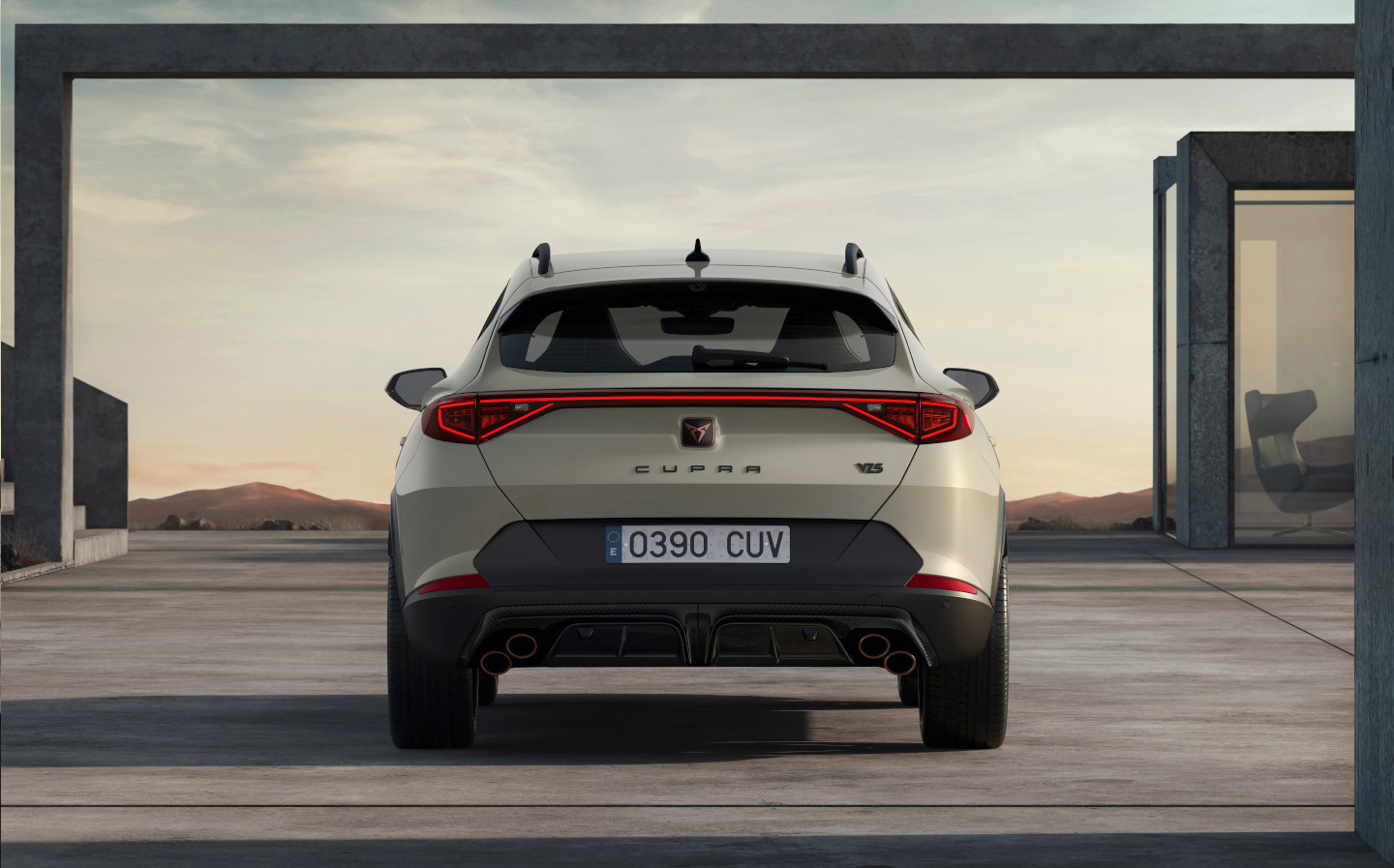 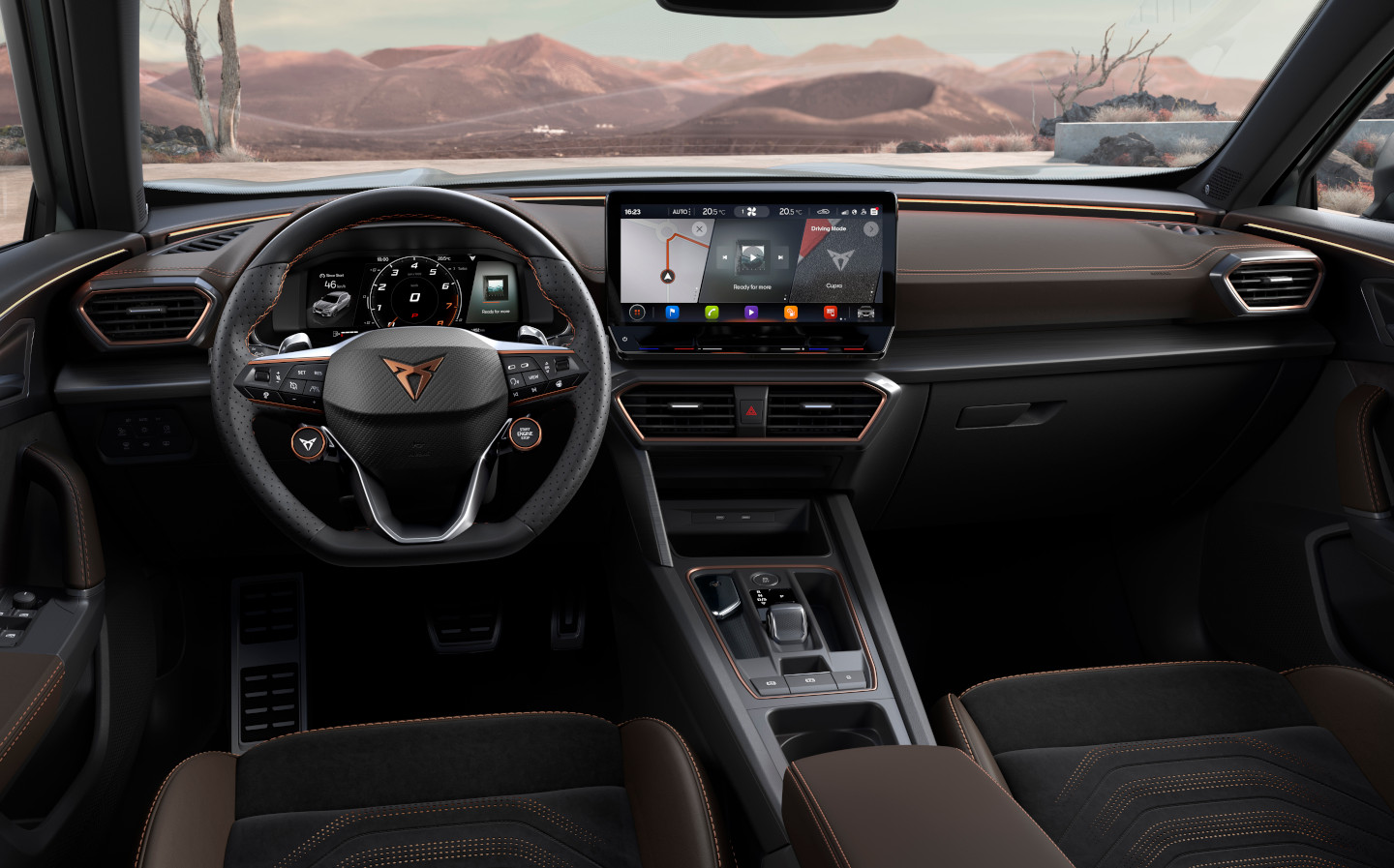 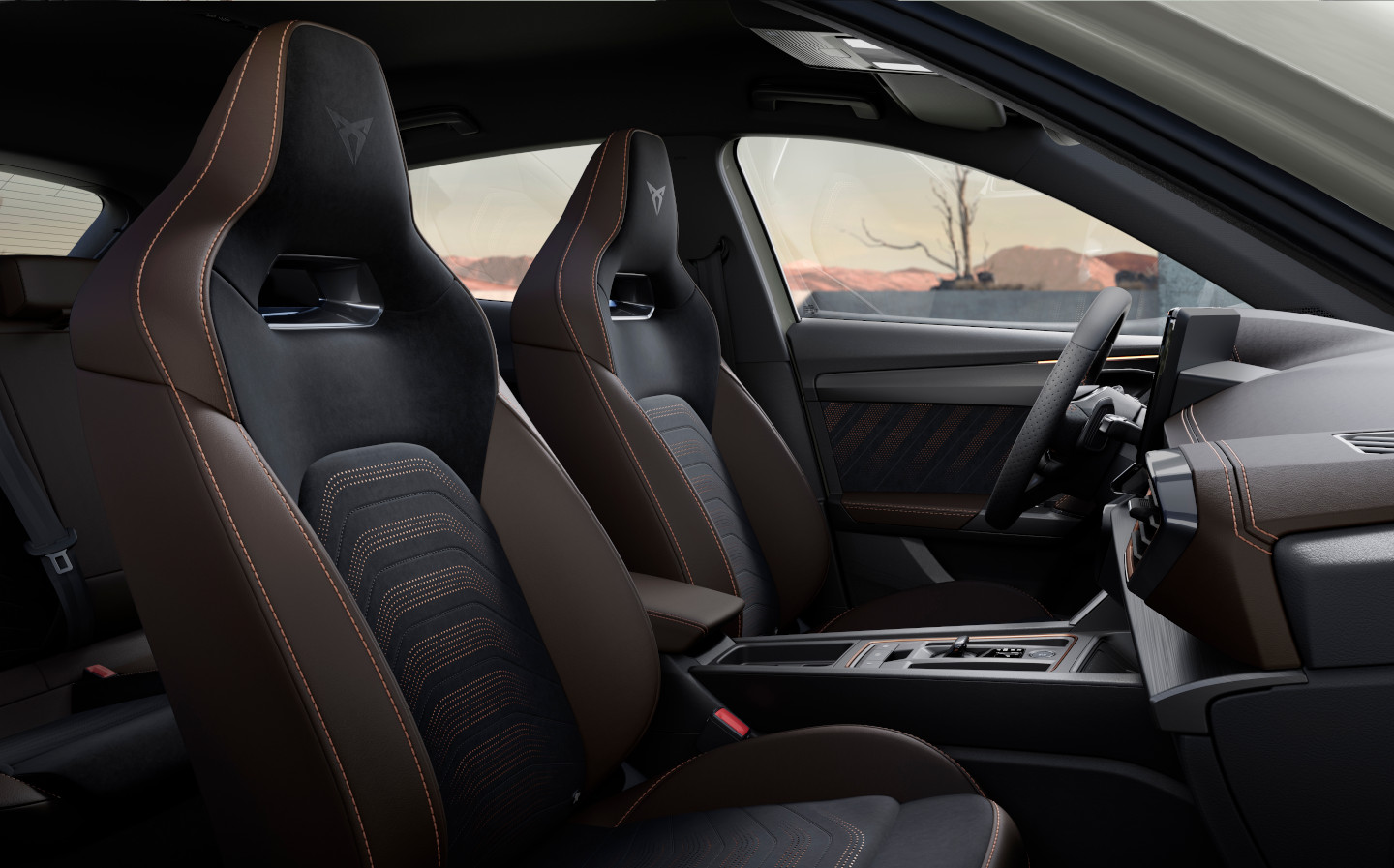 AS PART of its third birthday celebrations, Spanish car maker Cupra has announced that it will sell a hot VZ5 version of the Formentor crossover in the UK, although it will only be available with left-hand drive.

The Formentor is the first model exclusive to Cupra, which was formerly the performance arm of Seat — other cars currently available in its line-up are hotter versions of Seat’s Ateca, Leon and Leon estate.

Cupra’s head of research and development Dr Werner Tietz told Car magazine: “[The VX5] will definitely be sold in the UK. It is a Spanish car and that is why it is left-hand drive. Sometimes when we buy a British sports car in Europe, we can only buy them in right-hand drive. Why not the other way around?”

However, the UK is Cupra’s second-biggest market, behind Germany — meaning that more Cupra cars are sold in the UK than the car maker’s native Spain. Cupra’s insistence on not making the car available in right-hand drive guise may have something to do with its very limited run — only 7,000 will be made.

The VZ5 sets itself apart from the rest of the Formentor line-up through its use of a 2.5-litre five-cylinder petrol engine, which is already used in the Audi RS3 hot hatch and the Audi TT (Cupra, like Audi, is part of the VW Group).

Producing 385bhp and 354 lb ft of torque, the five-pot can take the VZ5 from a standstill to 60mph in just 4.2 seconds — that’s quicker than a Porsche Macan Turbo.

Appropriately, the “VZ” in the name stands for veloz — “fast” in Spanish. The VZ5 will be the fastest car the standalone Cupra brand has made in its admittedly short history.

The current Formentor range-topper is powered by a 2.0-litre petrol unit putting out 306bhp. Entry level is a 148bhp petrol model, while an E-Hybrid variant is available with the option of 201bhp or 242bhp.

As well as receiving Audi’s sporty engine, the VZ5 has undergone a full rework that sees it distinguished from the rest of the model range in both style and substance.

The front of the car receives a bespoke bonnet and functioning front splitter, while flared wheel arches hint at the car’s widened track (the distance between wheels on the same axle).

The rear gains quad exhaust pipes finished in Cupra’s characteristic copper, as well as a carbon-fibre rear diffuser — although the latter is just there for show.

Inside the car the copper trim becomes even more abundant, while new bucket seats are mounted lower than the seats in other Formentors for a sportier driving position.

Four-wheel drive comes as standard, and adaptive chassis control comes with 15 levels of damping adjustment that can be set up according to the weather conditions or driving mode.

The Cupra Formentor VZ5 will be made available for purchase in the latter stages of this year. 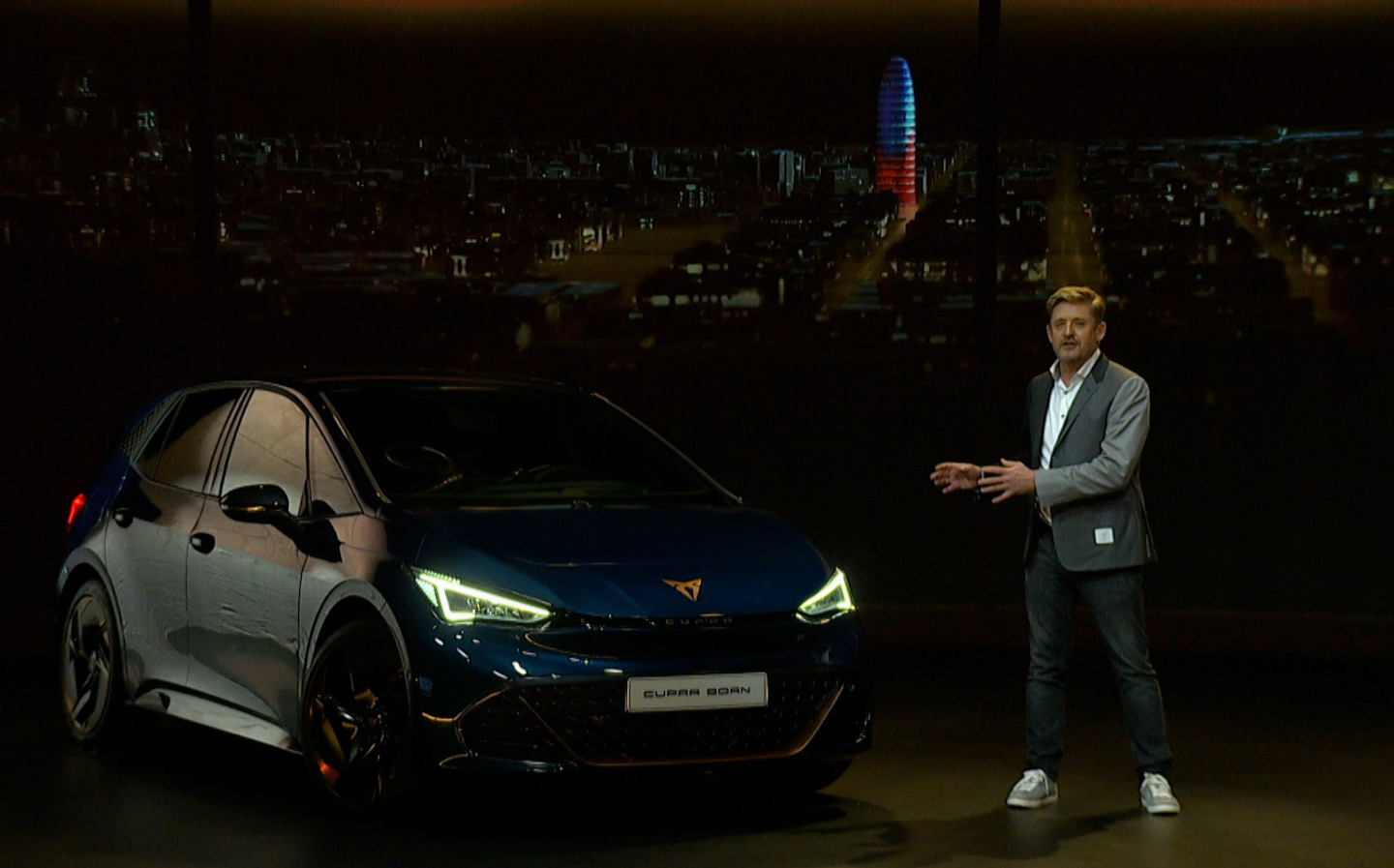 At the same time that it announced the launch of the Formentor VZ5, Cupra reaffirmed its commitment to launch the Born hatchback by the end of 2021.

Previously called the El-Born, Cupra presumably realised it would run into the same issues with its name as Ferrari did with its LaFerrari model (which translates as the “Ferrari TheFerrari”).

The car will be based on the same underpinnings as the Volkswagen ID.3 electric hatchback and Cupra has said that its release will allow it to enter a number of more environmentally-focused European markets, including Norway and the Netherlands.

Cupra currently represents just 5% of Seat’s overall sales but expects to double this figure during 2021, thanks to new models and year-on-year growth.

CEO Wayne Griffths said: “Cupra has surprised everyone in these three years and has even continued to grow during the pandemic. These great results make us optimistic to push harder in 2021; this year we’re looking to double the sales volume of 2020 and reach a mix of 10% of the company’s total volume.”