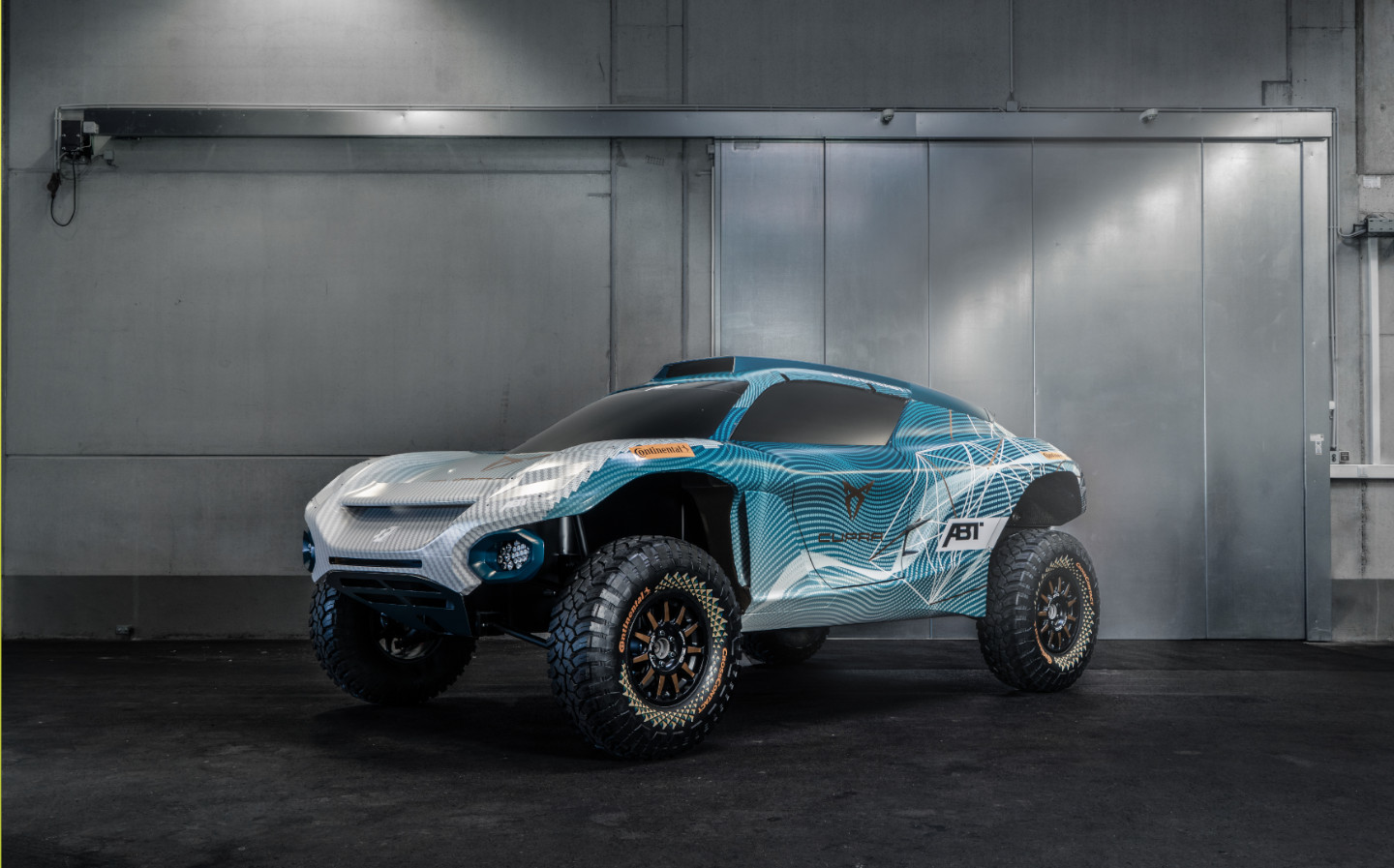 The car maker has partnered with German racing team ABT Sportsline, which has found success in Formula E with Lucas di Grassi, who won the 2016/17 Drivers’ Championship with the team. It has also made a name for itself in the Deutsche Tourenwagen Masters (DTM) championship, the German equivalent of the British Touring Car Championship, winning an impressive five titles in the series.

The announcement was made this evening at the official opening of Cupra’s first European garage in Hamburg, Germany. Present at the event was a show version of ABT’s Extreme E livery, which uses a Cupra design.

At the same time, ABT announced Mattias Ekström as its male driver (all Extreme E teams must use one male and one female driver), who has competed in the World Rallycross Championship for Audi since the series’ inception, achieving 11 wins and 22 podiums.

Cupra was launched as a standalone brand in 2018, at the same time that Seat Sport, Seat’s racing team, was rebranding as Cupra Racing. The marque makes high-performance versions of existing Seat models, including the Leon and the Ateca, as well as the Formentor, a crossover which is the brand’s first standalone model. It also unveiled the Tavascan pure-electric performance SUV at last year’s IAA Frankfurt Motor Show.

These aren’t the first steps that Cupra has made into the world of motor sport, or even its first foray into the still fledgling world of electric motor sport. In February it launched the seriously cool Leon e-Racer, a 671bhp pure-electric racing car intended for use in the 2021 Electric Tour Car Racing (e-TCR) series, of which it is a founder.

As part of the Volkswagen Group, Cupra has access to VW’s electric tech and the e-Racer uses the same MQB Evo platform that underpins the current Audi A3, Seat Leon and Cupra Formentor. It can reach 60mph in just over three seconds, on its way to a circa 167mph top speed.

For now, however, Cupra is solely a commercial partner to ATB, with all teams using the same car in the inaugural season of Extreme E (although adjustments can be made to the car’s setup). The car in question is the Odyssey 21, which was revealed at the 2019 Goodwood Festival of Speed. Built by Spark Racing Technology, who also built both the Gen1 and Gen2 cars that are raced in Formula E, the Odyssey 21 has 542bhp, has a 0-62mph time of 4.5 seconds and can tackle gradients of 130%.

Teams are due to receive their Odyssey 21 cars this month, with the first Extreme E race set to take place in January 2021 in Lac Rose, Senegal.

Whether more car makers follow Cupra’s lead and become automotive partners of Extreme E teams will likely depend on the amount of scope teams have for using their own parts in cars in forthcoming seasons. Although Formula E dictates that teams must use some of the same components including chassis, suspension and front body (all the cars look the same), teams are allowed to customise their own powertrain, software, gearbox and more. Teams increasingly use Formula E cars as the testing ground for the tech which will eventually trickle down into affordable road cars, in the same manner as many teams in F1.

Alejandro Agag, the founder of Extreme E and Formula E, commented: “We’re delighted to welcome CUPRA on-board as Extreme E’s first automotive partner, an announcement that truly underscores ABT Sportsline’s commitment to the series. Both brands are trailblazers in the domain of electrification, and this marks another step in the right direction towards sparking a genuine change in the wider automotive market.”

The inaugural Extreme E season begins in January 2021 and will be available to watch on BBC platforms.