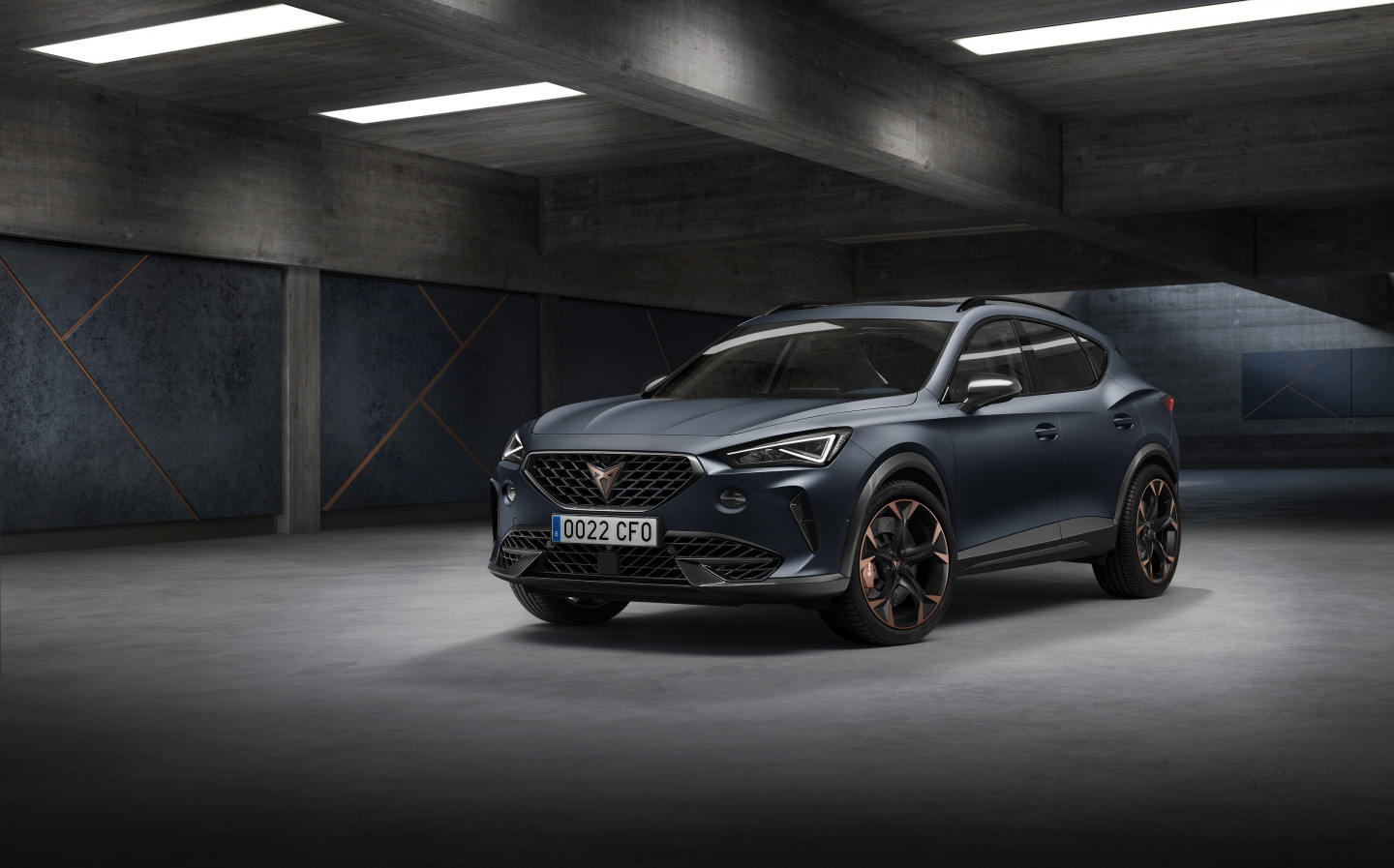 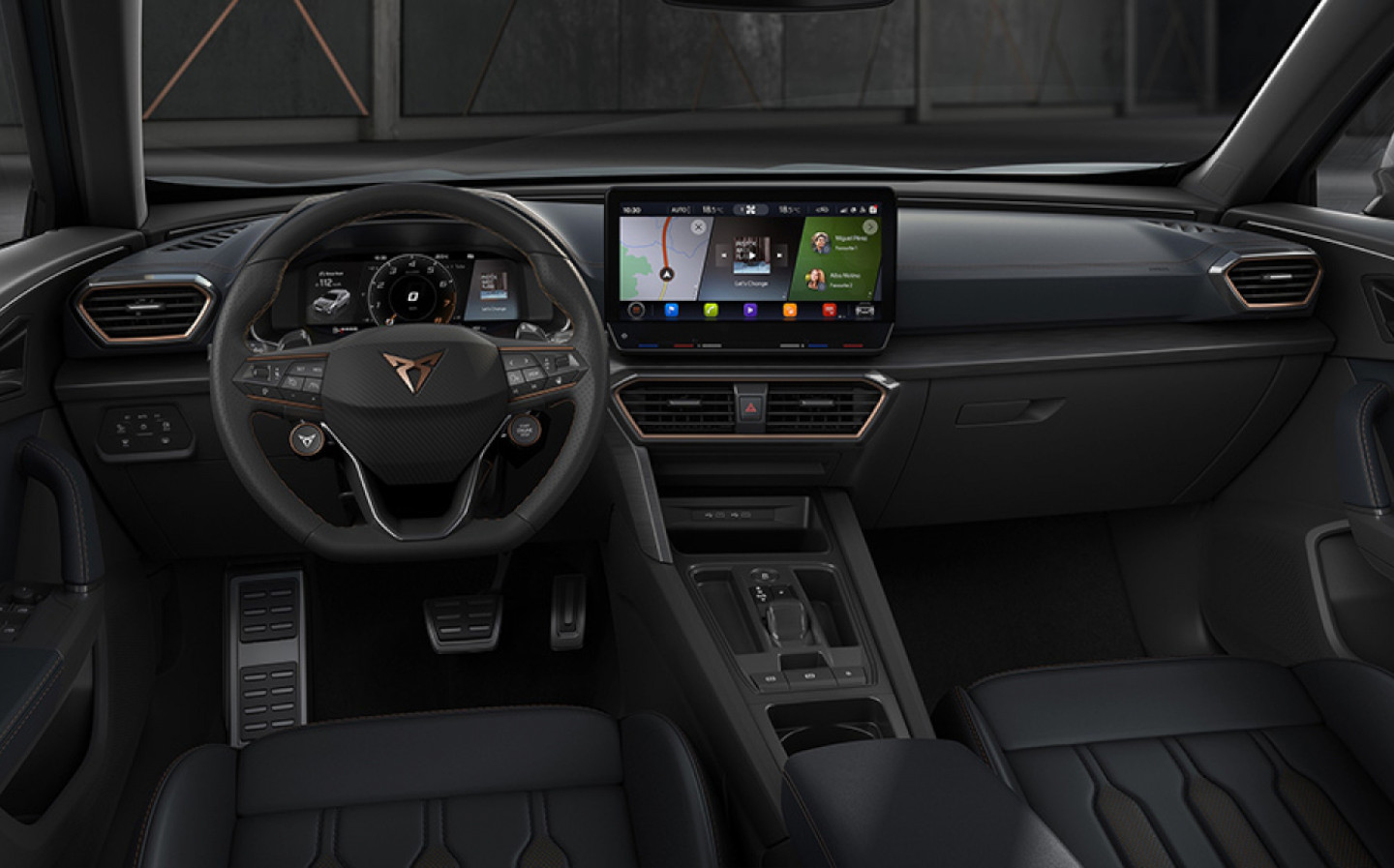 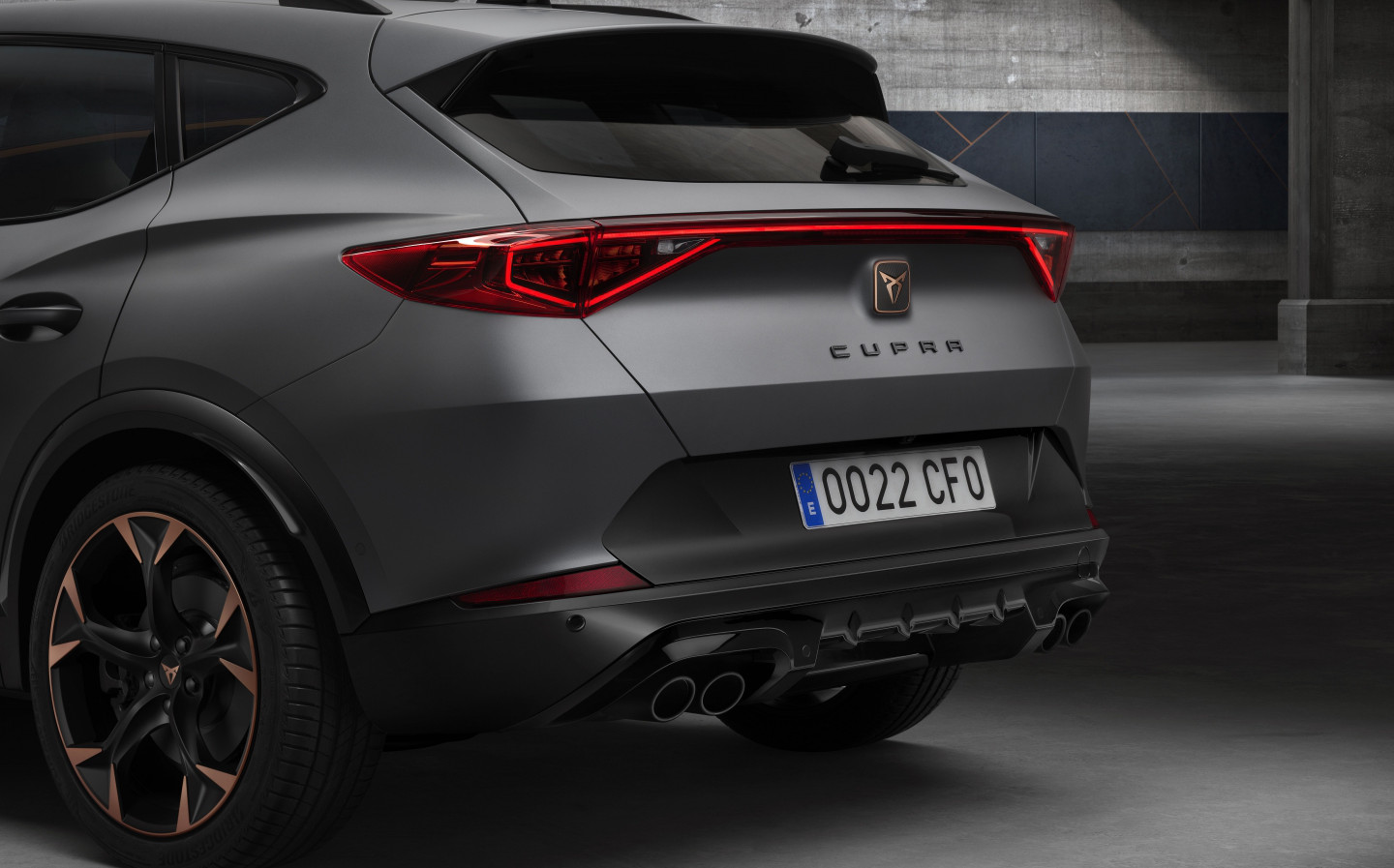 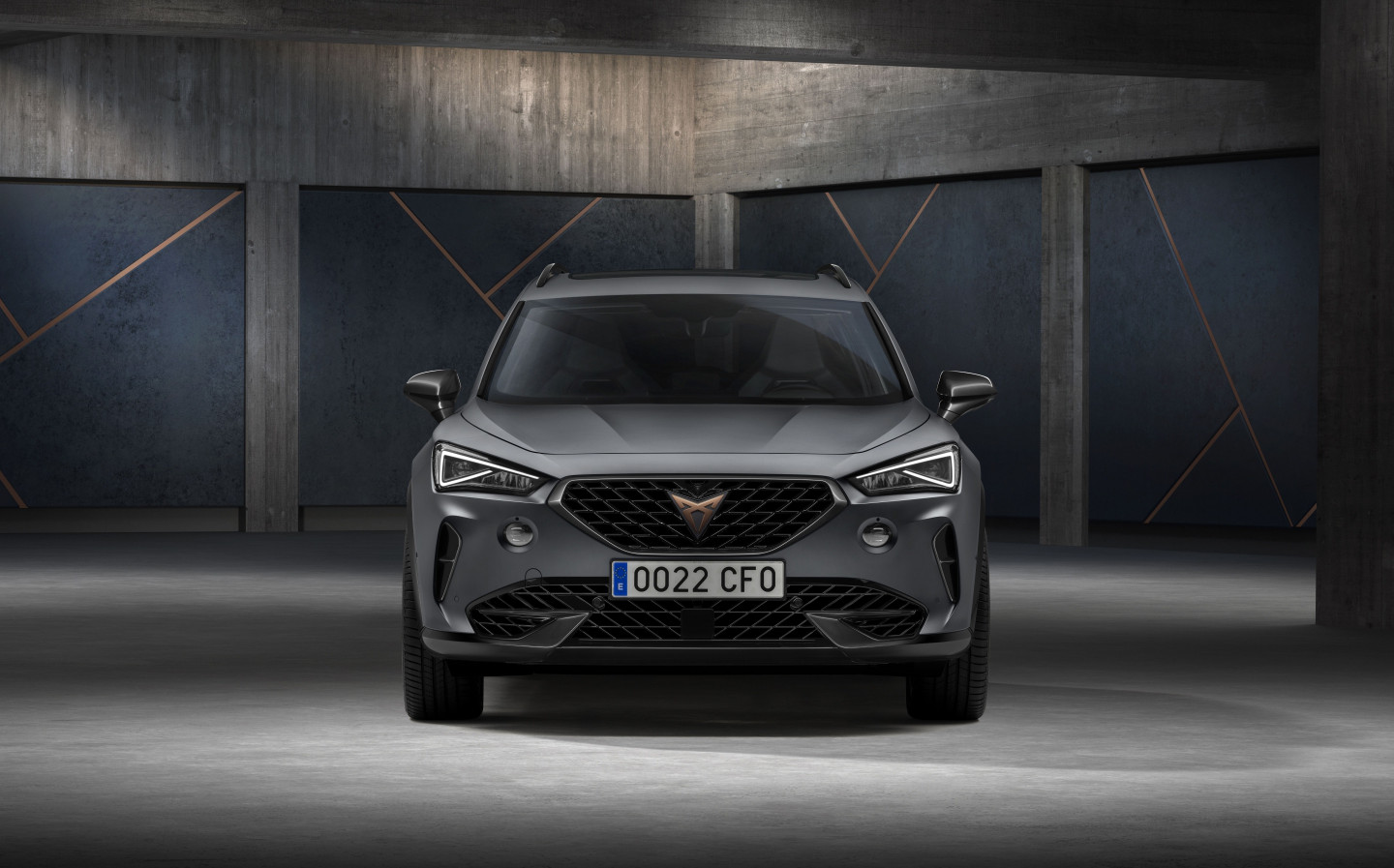 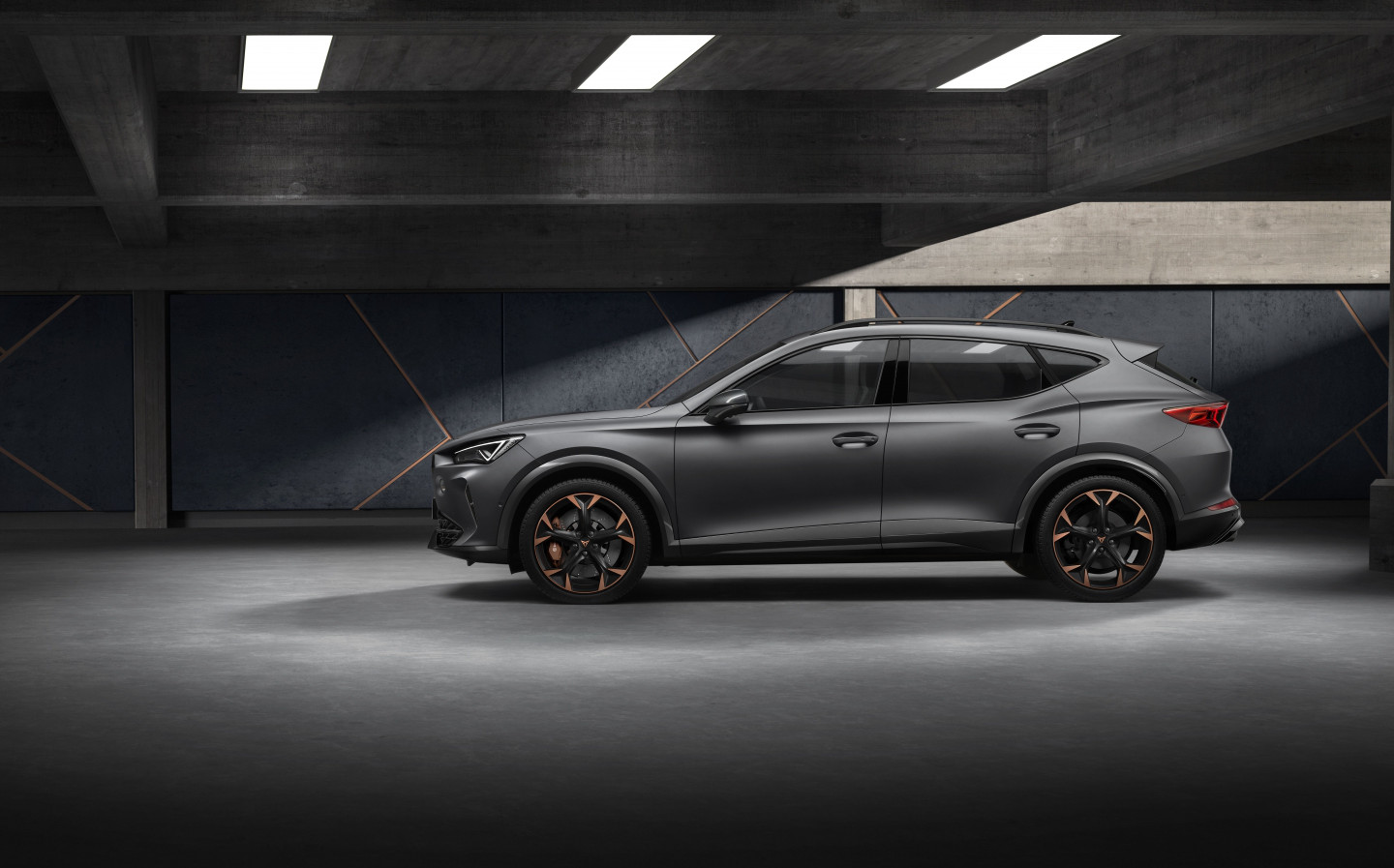 The entry-level Formentor is powered by a 1.5-litre petrol engine and packs 148bhp but the range-topping four-wheel drive version has a larger 2.0-litre petrol motor producing 306bhp and 295 lb ft of torque — propelling the car to 62mph in under five seconds — and will cost upwards of £39,830.

A plug-in hybrid model, which combines a 1.4-litre engine with an electric motor and 13kWh lithium-ion battery pack, will go on sale at the beginning of next year. Its two power sources work in concert to produce either 201 or 242bhp, depending on tuning. Cupra is predicting that the hybrid model will have an electric-only range of 31 miles before the petrol engine fires up.

The most affordable 1.5-litre model will be kitted out with a six-speed manual gearbox as standard, or an optional seven-speed DSG automatic. That’s the same as the new Golf GTI — also a product of the Volkswagen Group family, of course — although it’s not clear if they’re the same exact units.

V1, the entry-level trim, is packed with creature comforts including 18in alloys and wireless phone charging, as well as driver assist systems like rear parking sensors, lane assist and predictive adaptive cruise control with speed limiter. A 12in infotainment system with voice control and Apple CarPlay/Android Auto compatibility comes as standard, as well as a 10.25in digital driver display.

Three of the trims (VZ2, VZ3 and VZ Edition) are available with Seat’s 4Drive system, which uses an electro-hydraulic traction control system that the car maker says can analyse road conditions in real-time in order to send power to the wheels for best acceleration and control. An electronic stability aid is integrated into the rear axle to help limit wheelspin. Cupra says that this provides “surefootedness behind the wheel”. The VZ2 Formentor with 4Drive costs £39,830.

Seat predicts the Formentor will hold its value well, estimating it will retain 46% of its original value after three years and 60,000 miles.

Order books for the Cupra Formentor open in mid-November with initial deliveries expected before the end of the year.