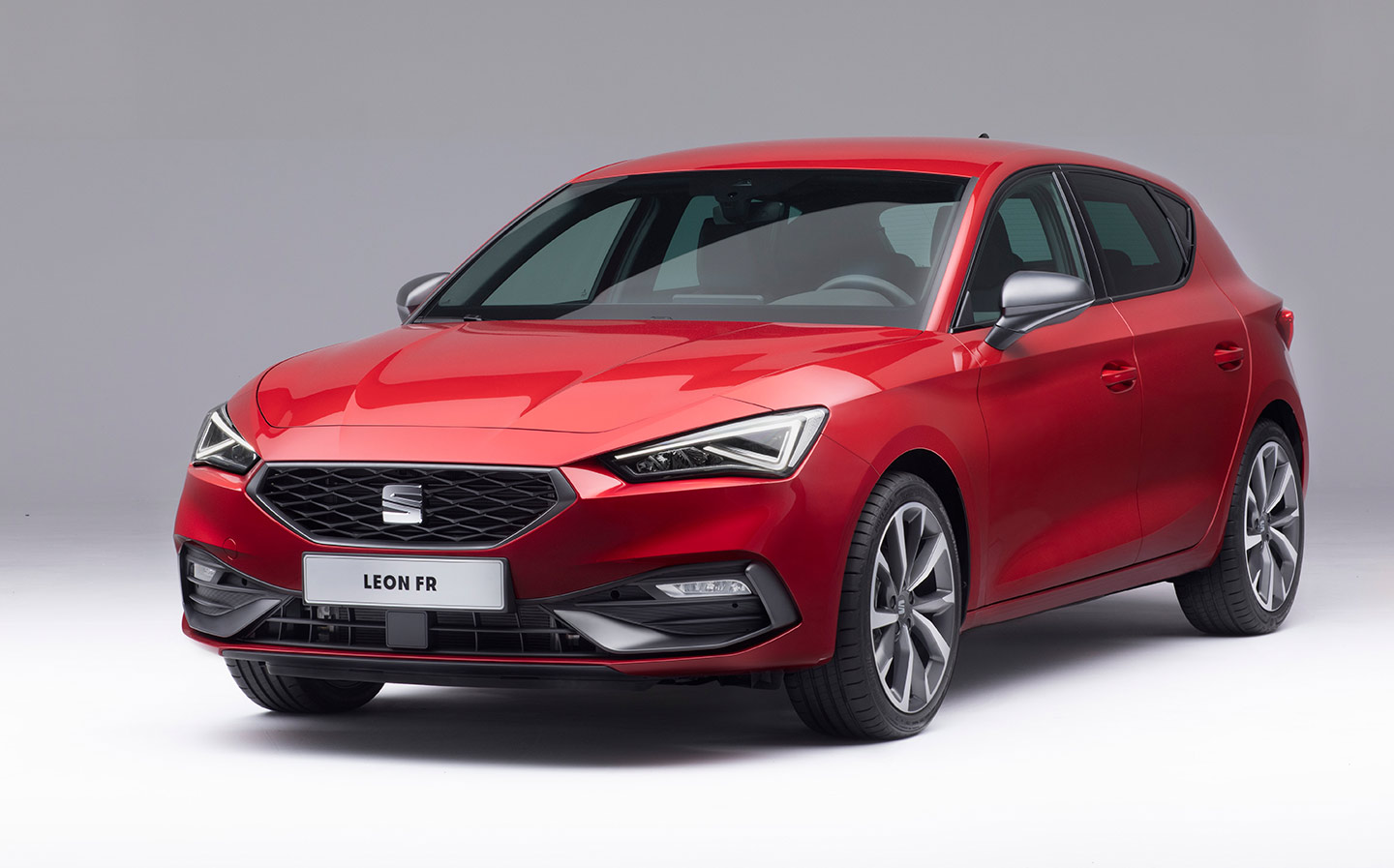 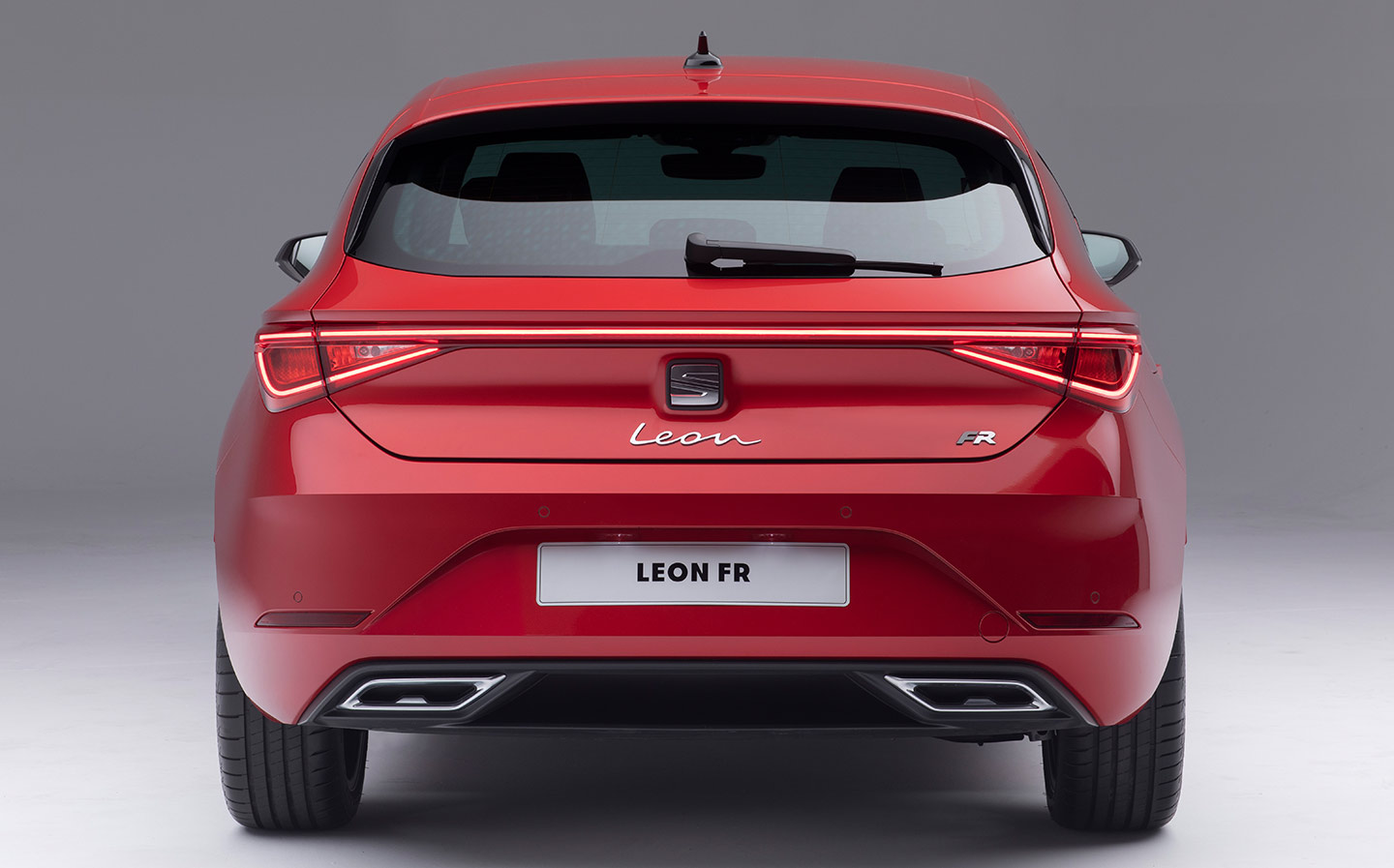 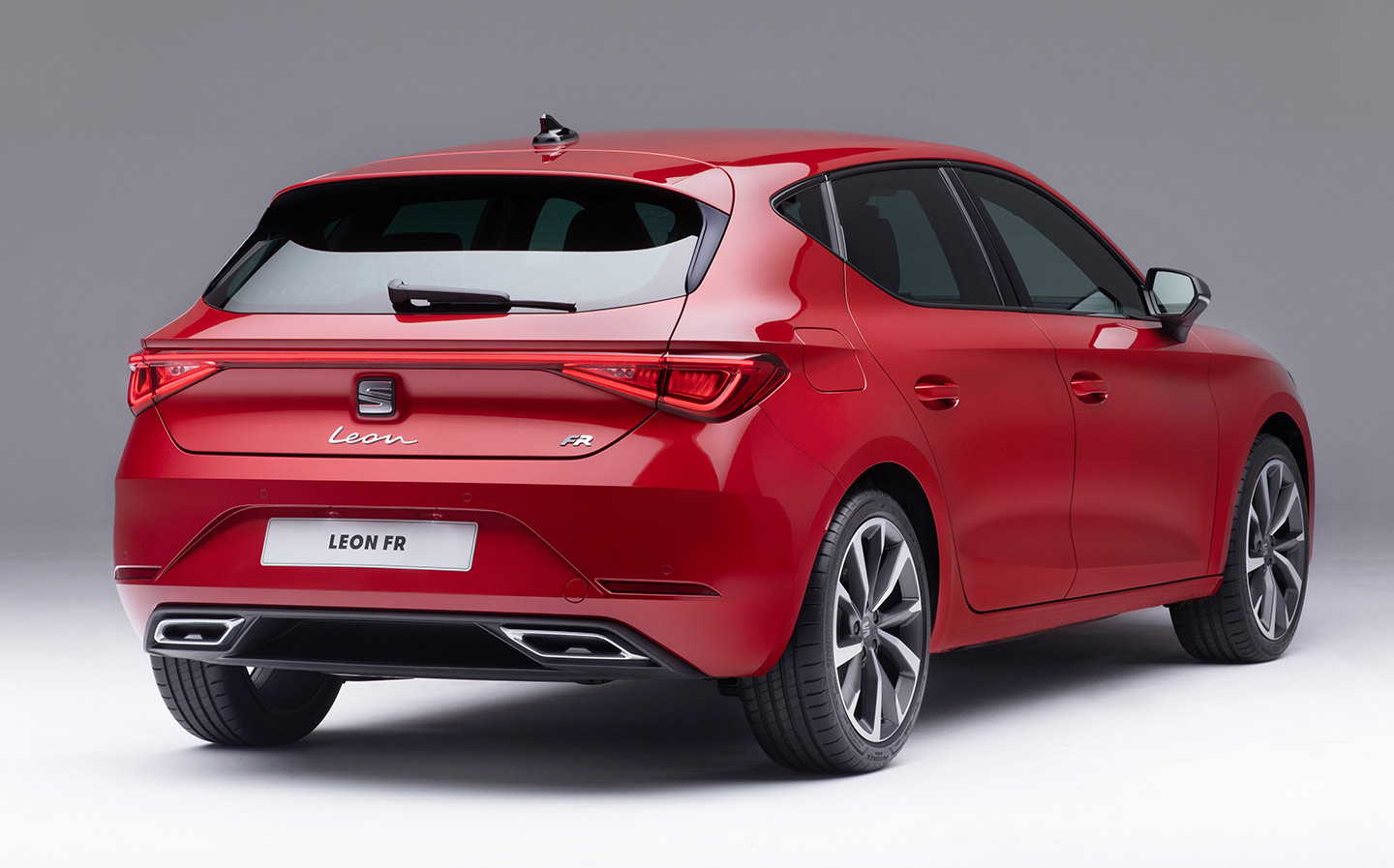 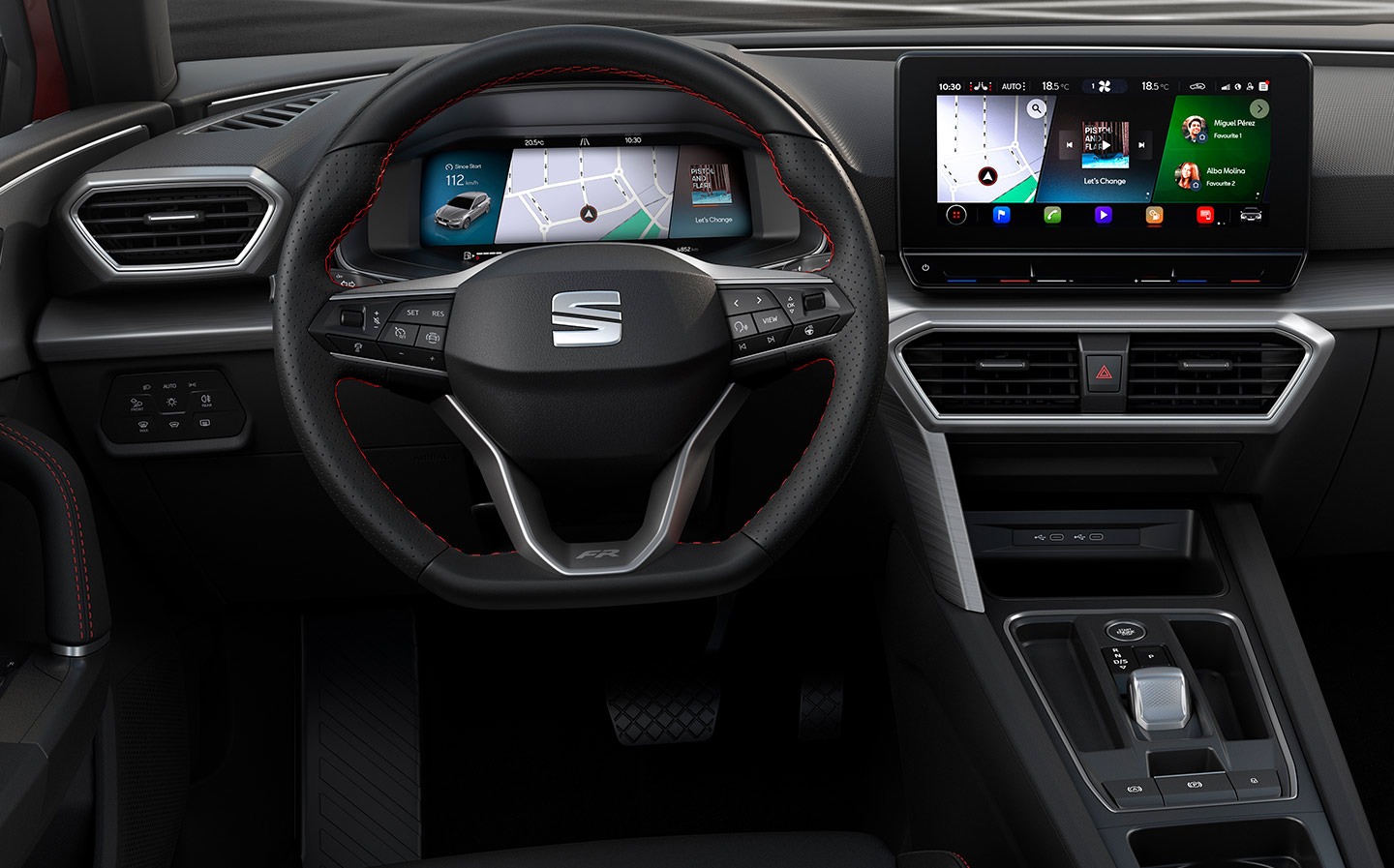 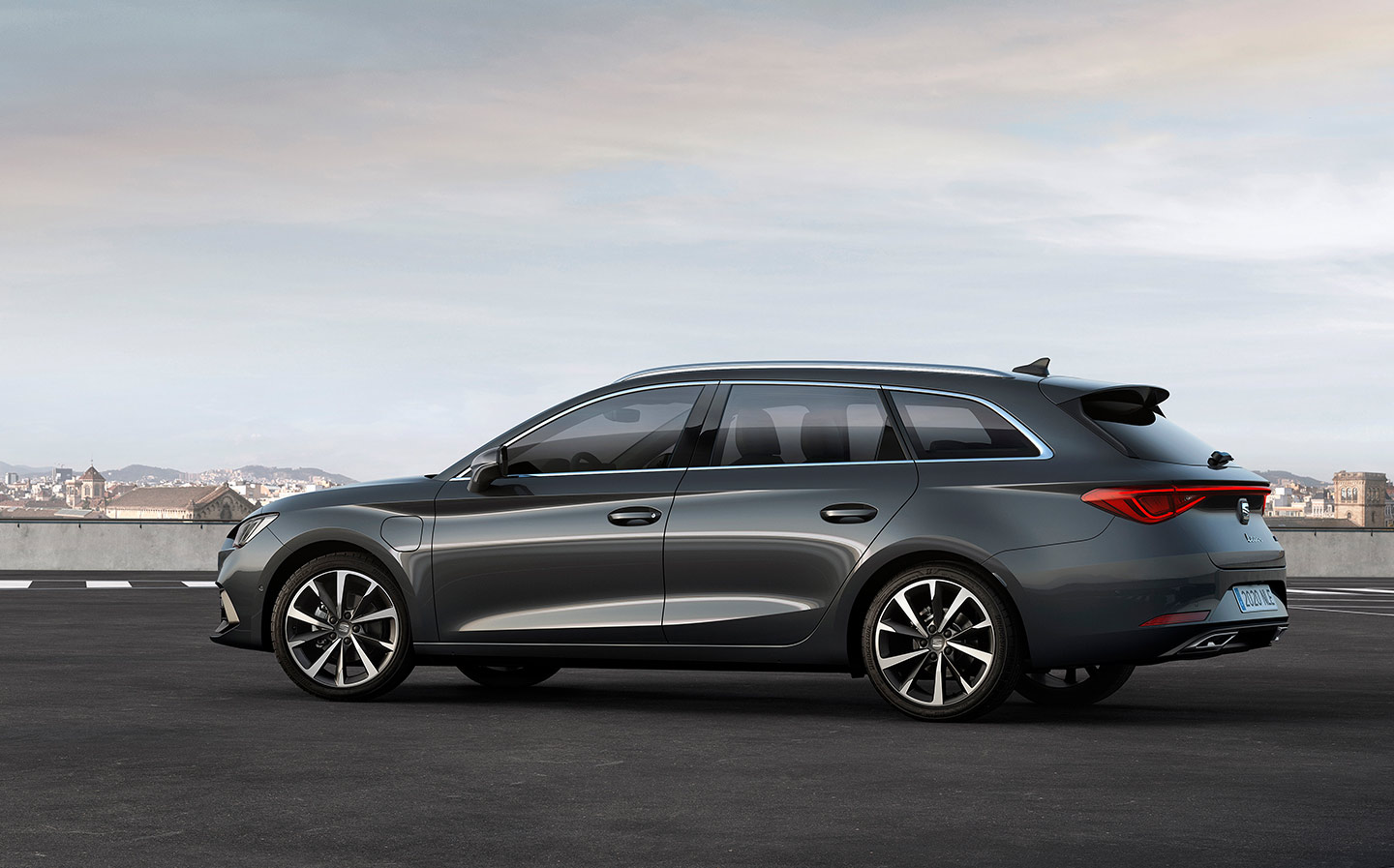 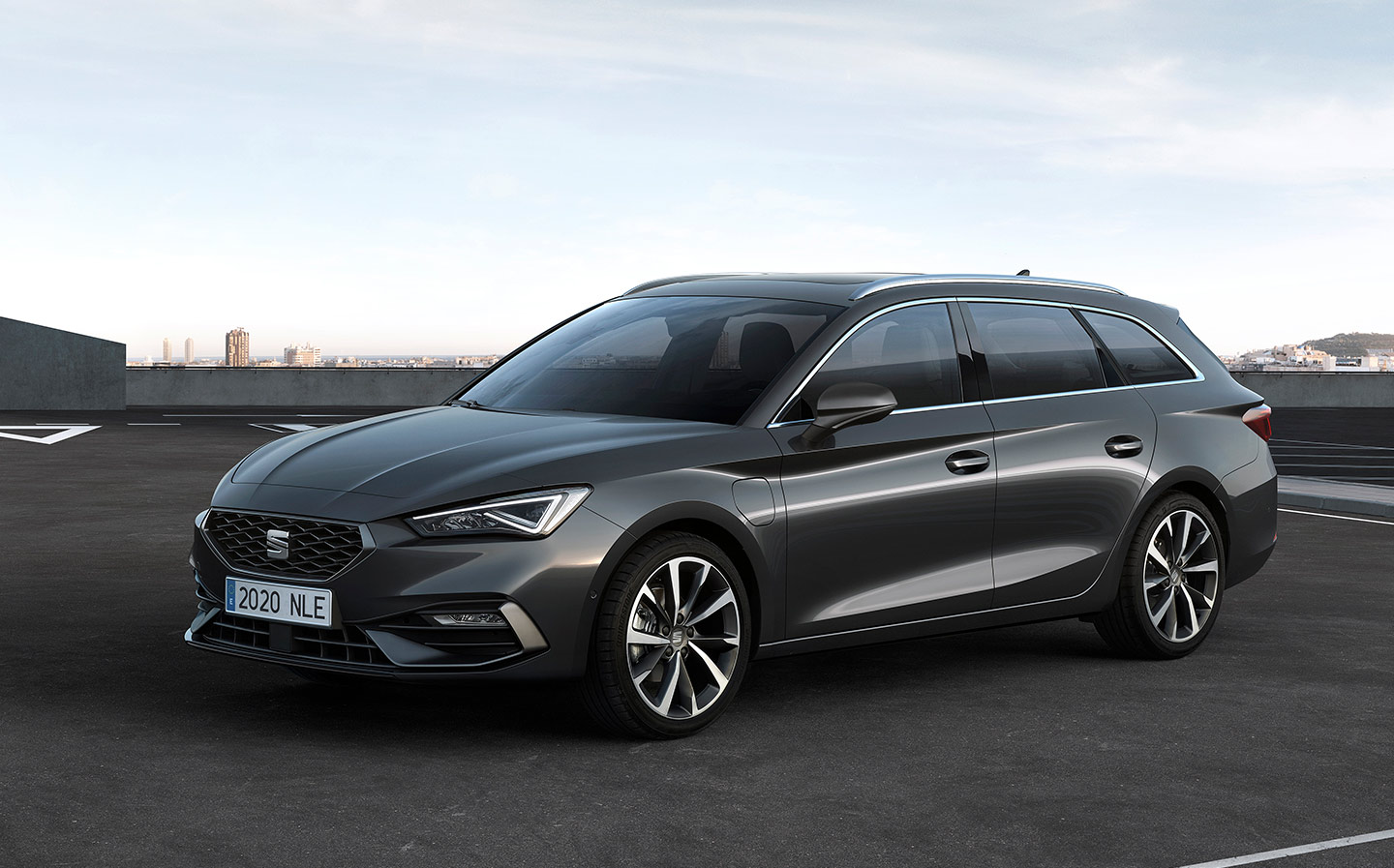 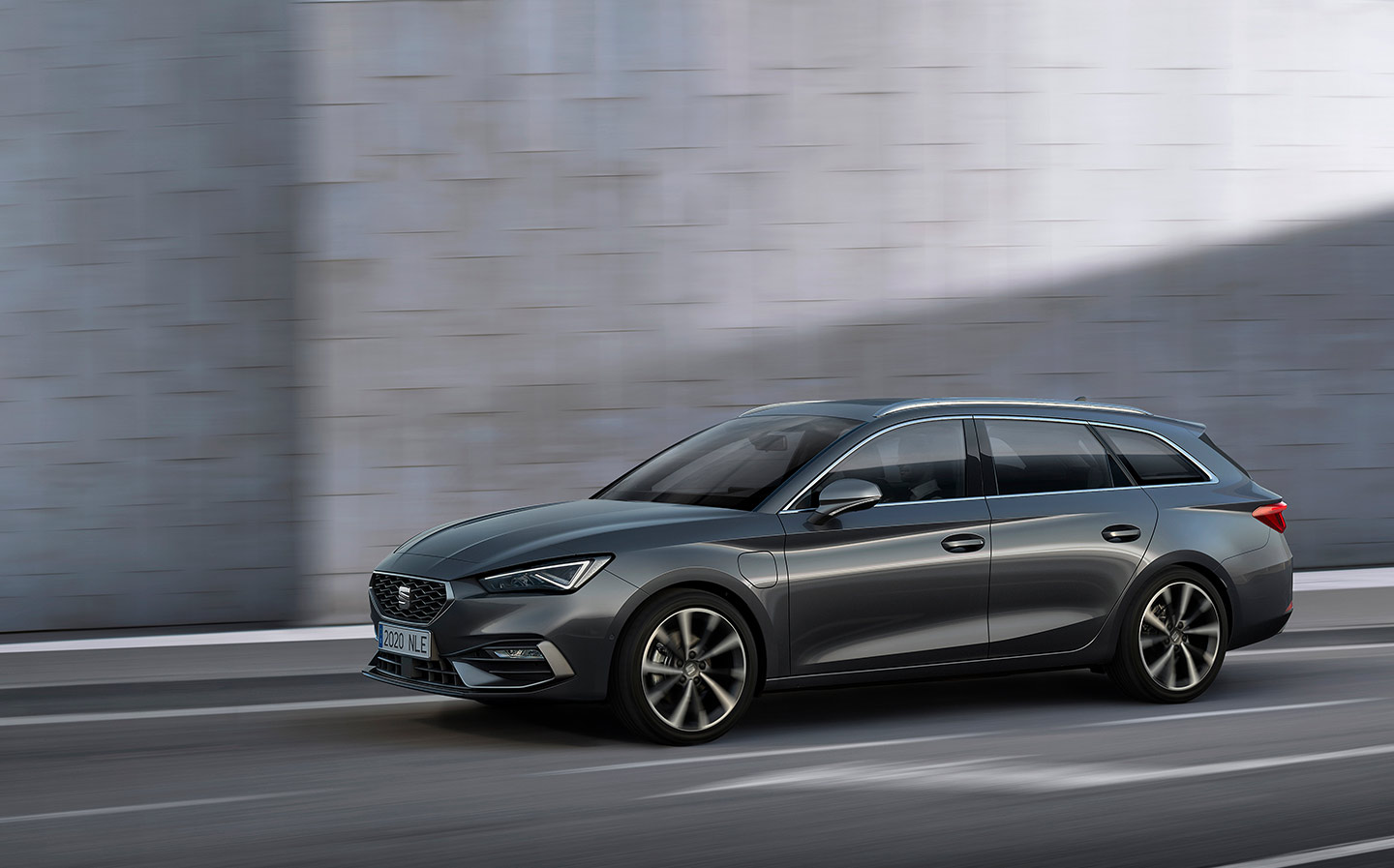 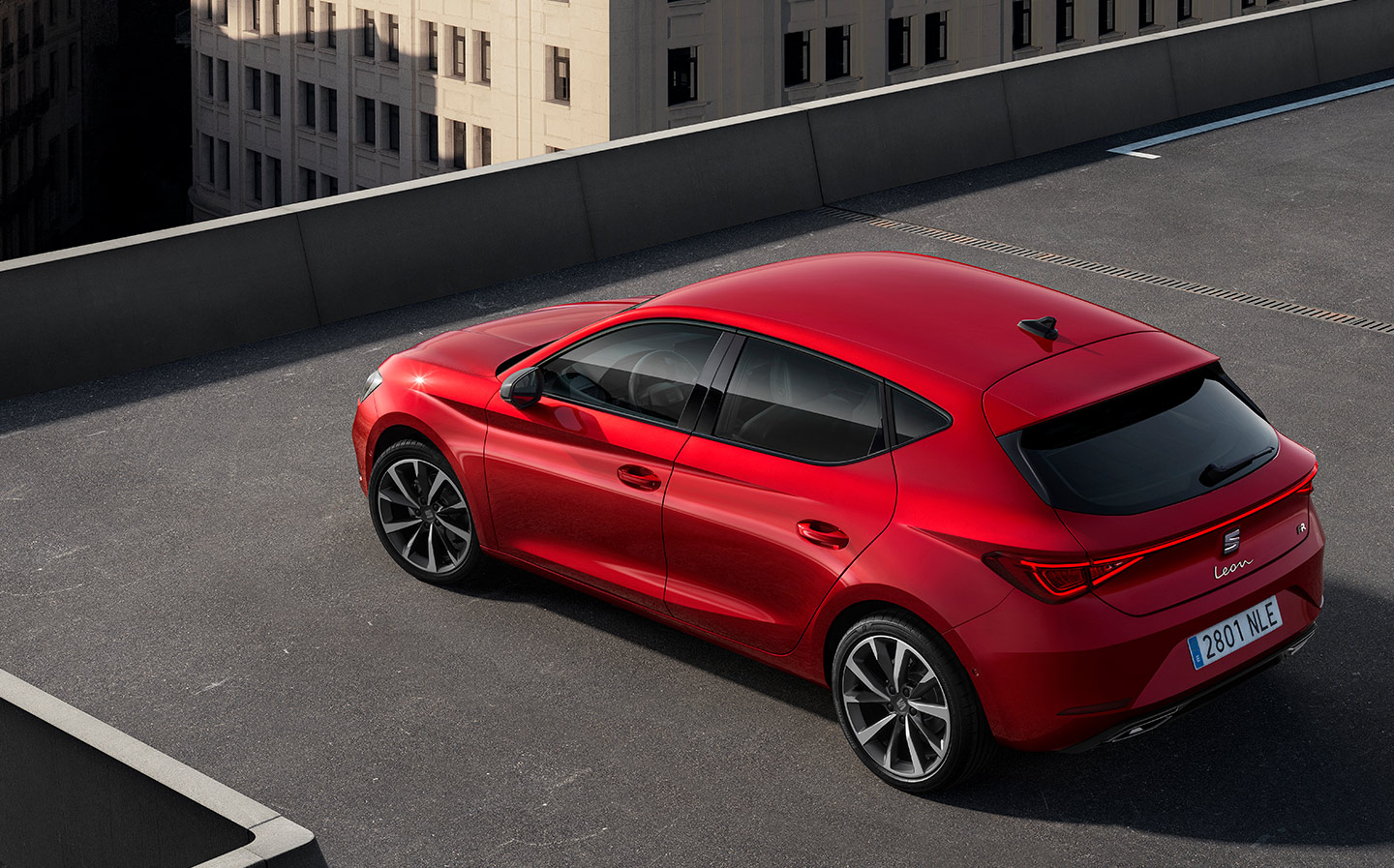 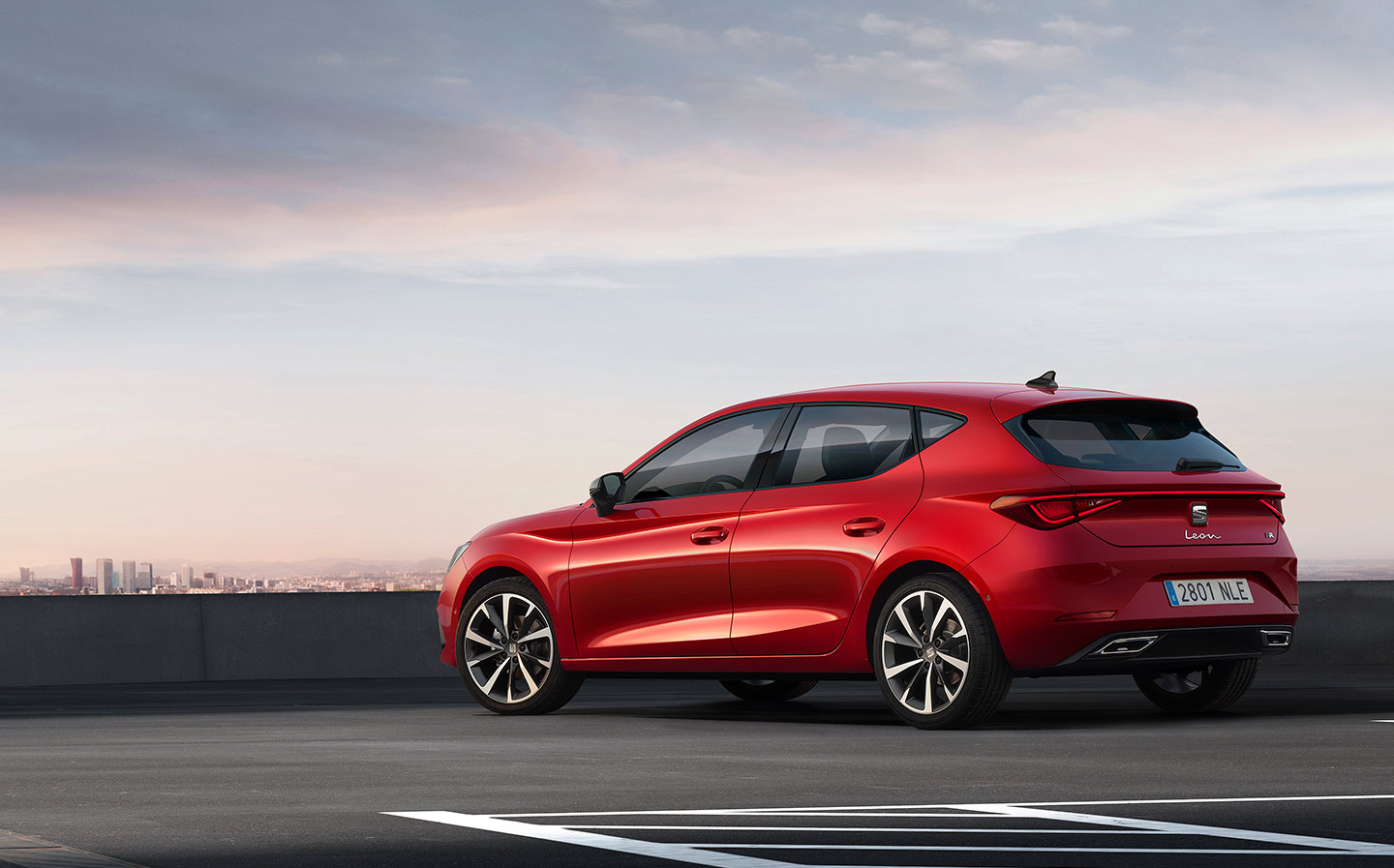 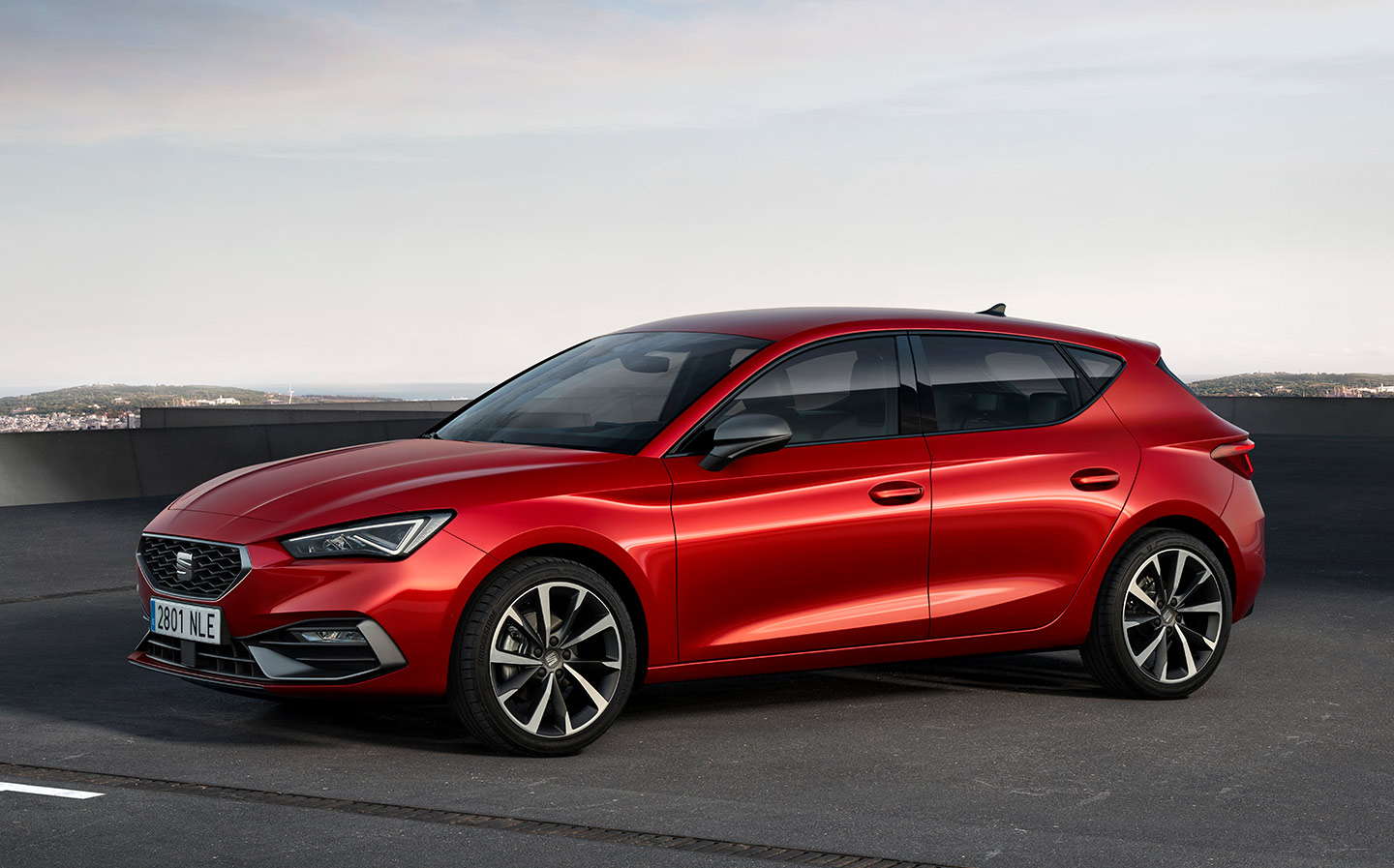 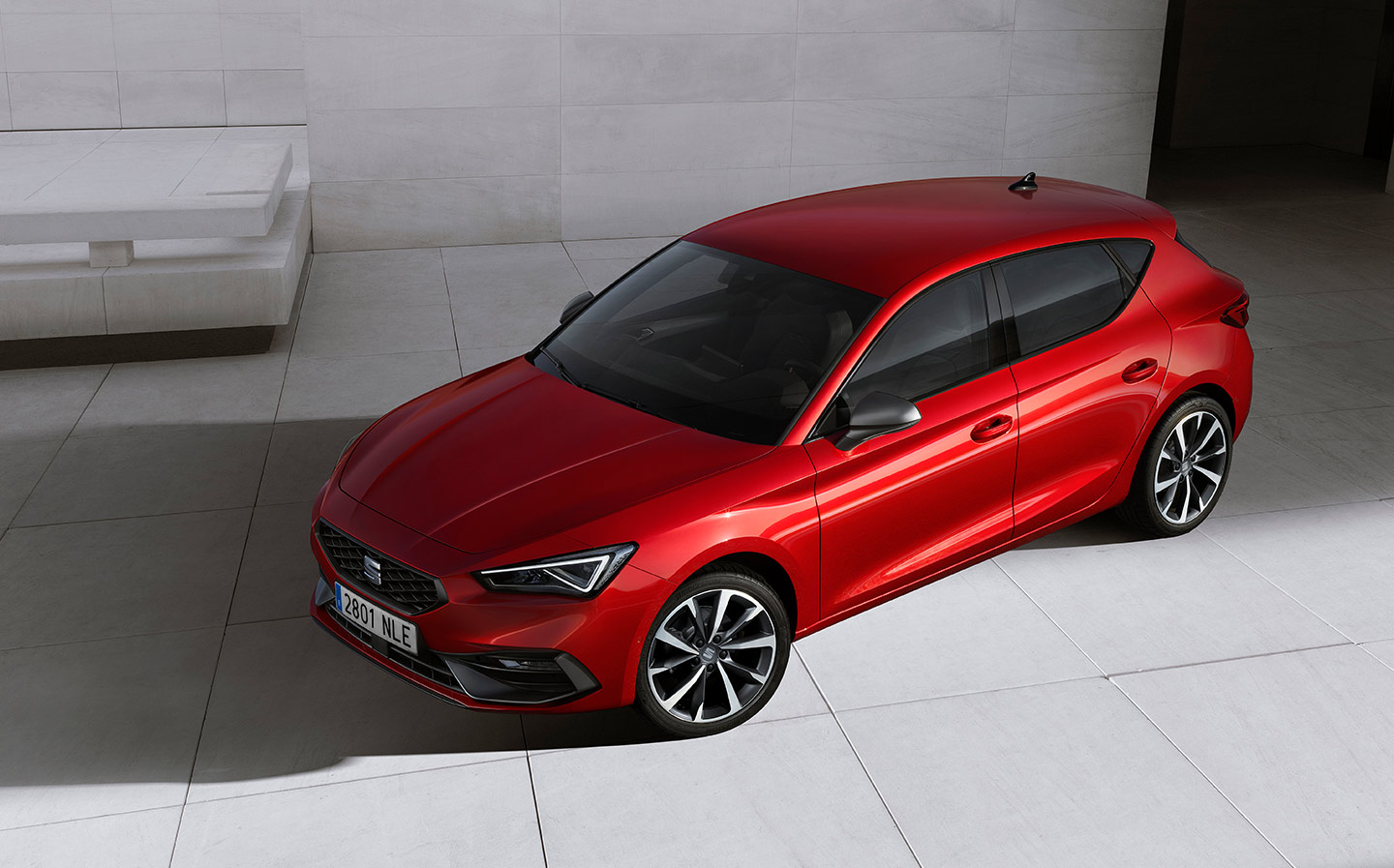 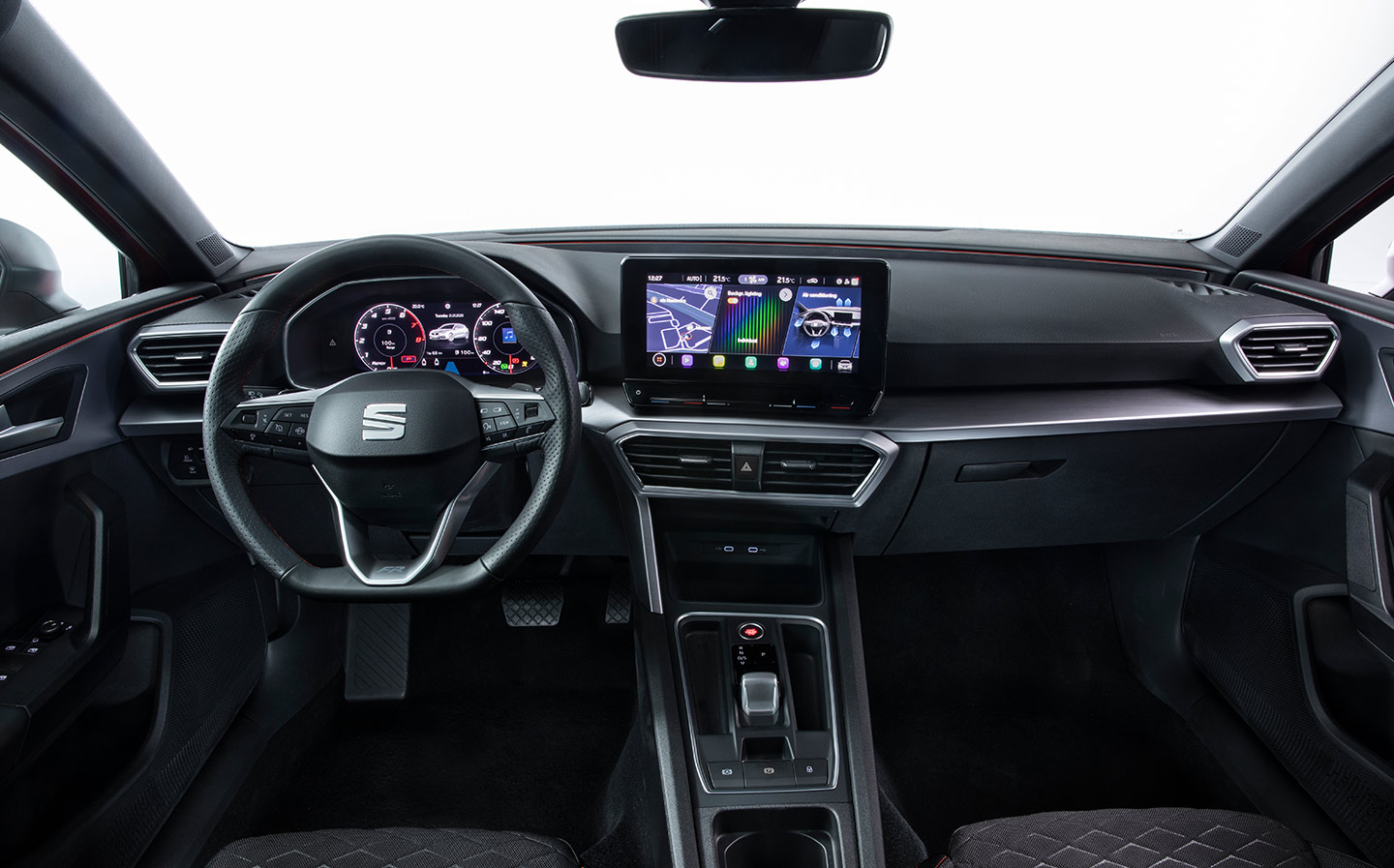 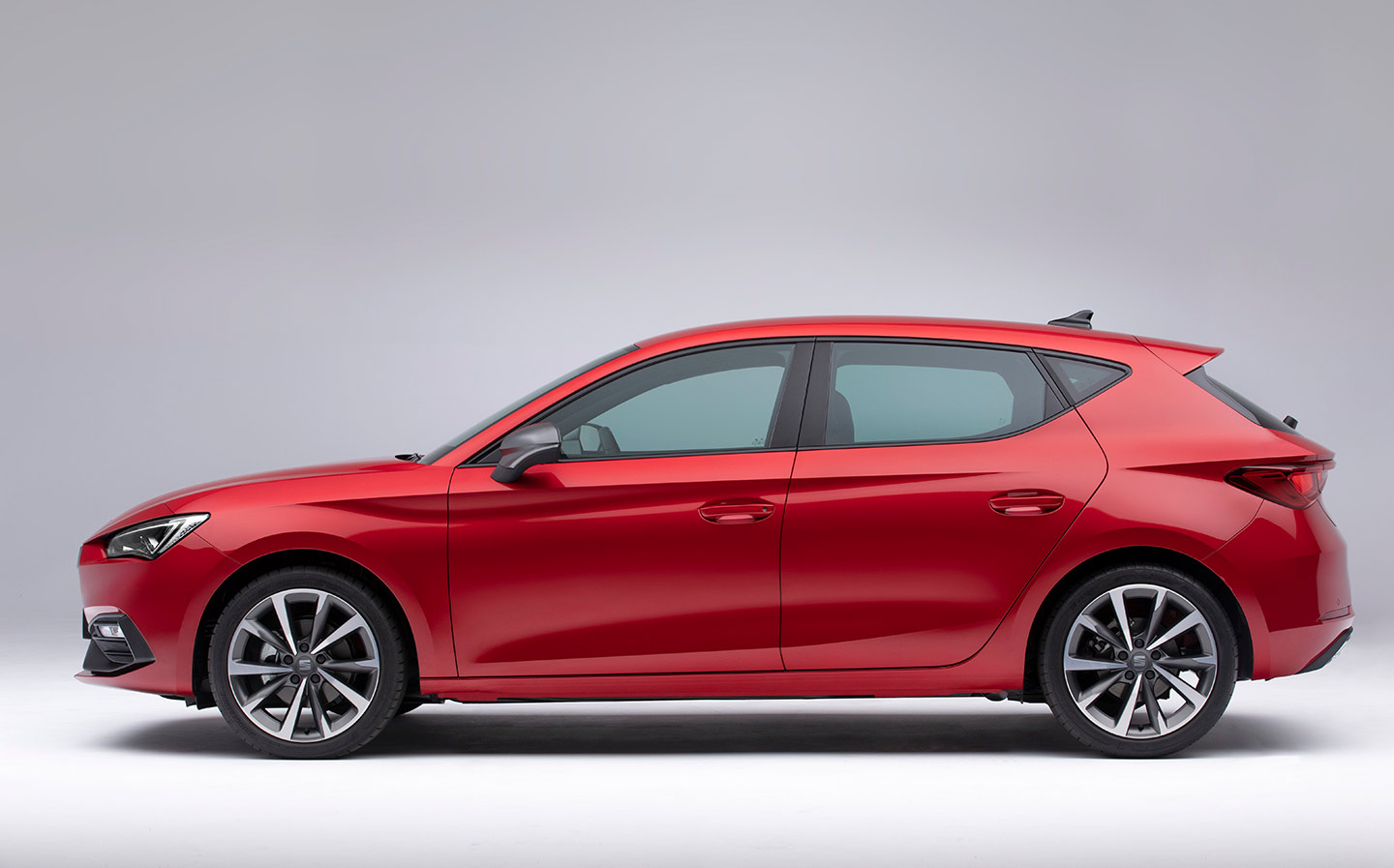 AN ALL-NEW fourth generation SEAT Leon hatchback has been unveiled and, unsurprisingly it shares a lot of the new technology and powertrains with its best-selling sister car, the VW Golf. But while the new Golf features subtle exterior design changes, the new Leon has a much bolder look when compared to the previous model.

It has been four years in the making, SEAT says, and the result of a huge financial investment that sets up the company for the next phase of its history. Alejandro Mesonero-Romanos, the director of design, said: “This is the beginning of our future. It’s our inspiration, and all of what comes in the next few years will be heavily inspired by what we have done here.”

With each successive Leon outselling the last, and the Mk III shifting more than a million units, could the Mk IV be the one to break through in the UK?

How has the SEAT Leon’s design been updated for 2020?

According to Mesonero-Romanos, the inspiration for the car came partly from the company’s home city of Barcelona, specifically from the “extroverted spirit and character of the people”.

But he is also inspired by the human body, he told us at the car’s unveiling, and one of the images hanging in the design studio was of a male athlete lining up ahead of a sprint; as he said, “ready to pounce”. As a result, the car is more curvy than before, and in Mesonero-Romanos’ words, “more emotional and with a human touch.”

Another focus was on improving the airflow over the car, with the drag being reduced by 8% compared with the outgoing model. By making the bonnet longer and moving the A-pillars (either side of the windscreen) further towards the rear, SEAT aimed to give the front of the car a more purposeful look, though the windscreen itself is more upright than in the previous Leon in order to improve forward visibility.

The headlights are fully LED, while the rear lights run full-width across the back of the car, with the two sets joined via a crease that runs below the window line. The bodywork upsweep at the C-pillar (the back of the rear doors) of the hatchback is reminiscent of the Ford Focus, as is the grille, and the car’s silhouette and more rounded panels are a bit ‘Mazda 3’ (SEATs have been acutely angular in recent years), but the effect is attractive and more grown up than the car that came before.

While the stripped-back cabin of the all-new Leon is less cluttered than before and features characteristically sharp lines, it’s much more conservative in use of materials and colours than the VW Golf’s striking cabin.

Dominating the centre console is an 8in touchscreen infotainment system on the entry-level SE model, or an upgraded 10in version on all grades above that, namely SE Dynamic, FR, FR Sport, Xcellence and Xcellence Lux. SEAT has chosen to create six trim levels to suit different tastes rather than a few with plenty of options packs.

SE Dynamic trim upwards also get SEAT’s Digital Cockpit, which means a digital instrument cluster, while interior “wraparound” ambient lighting not only illuminates the full width of the dashboard and into the the doors but also works as a driver aid for safety systems such as blind spot detection.

How much space is there inside the 2020 SEAT Leon?

Available in five-door hatchback and estate variants, the new Leon shares the same “flexible architecture” underpinnings as the new Golf, which enabled the Spanish design team to improve the packaging. By increasing the distance between the front and rear wheels, rear passengers get an extra 49mm of legroom, and although the overall height of the car is a few millimetres lower, front passengers get a fraction more headroom.

The overall length has increased, too, in both hatchback (86mm) and estate (93mm) forms, which yields an extra 30 litres of luggage space in the latter, though the hatchback’s boot capacity remains the same, at 380 litres. Unusually for a new generation of car, the 2020 Leon is actually a little narrower than the one it replaces, with the width shrinking by 16mm.

What technology does the 2020 SEAT Leon have?

A lot, both in terms of convenience and safety. SEAT says this is its first “fully connected” car, with internet connection for new apps and software updates, and live mapping on everything but the entry-level model.

Like the Golf, the Leon features Car2X connectivity – a cloud-based technology that enables drivers to receive advanced warning on the status of upcoming traffic lights or an incident on a motorway further up the road, with traffic information appearing in real time on screen. Volkswagen Group is the first to introduce this on cars in Europe, though others are likely to follow, with the idea being that the more cars that are connected together, the better the alerts. At the VW Golf launch we were told it should even let you know when emergency service vehicles are approaching you from the rear, so that there’s good time to move out of the way.

In case of an accident yourself, the built-in eSIM delivers the eCall service, which automatically contacts emergency services in the event of a crash, with vital data such as GPS location, engine type and even the number of passengers apparently being transmitted.

All owners will also benefit from SEAT Connect technology, which includes a mobile app that allows you to remotely access driving data of previous journeys, view the remaining fuel range, see your parking location and activate the horn and indicators to find the car more easily in a crowded car park, lock and unlock the doors, set up speed alerts so you can be warned if someone using your vehicles is driving too fast, and be alerted if your vehicle has been stolen

In plug-in hybrid models, you can also view and manage the charging process, precondition the cabin with air conditioning and departure times all from the smartphone app.

Customers can opt to have an electric panoramic sunroof and either a fixed or electric towing hook on all trims.

What engines choices are there for the 2020 SEAT Leon?

Anything you want, basically, from petrol and diesel to mild hybrid and plug-in hybrid. The only real omission is a pure-electric Leon, though SEAT has plans for a separate Leon-sized five-door hatchback electric car, no doubt based on the VW ID.3.

On the petrol front, there are two TSI engines – a 1-litre three-cylinder producing 108bhp and a 1.5-litre four-cylinder with either 128bhp or 148bhp. The TDI diesel option is a 2-litre with outputs of either 113bhp or 148bhp, both of which include AdBlue emissions reduction technology.

The eTSI mild hybrids can’t run on electric power alone; instead, the 48v electric motor is used to aid acceleration, with energy harvested during deceleration and stored in a small lithium ion battery pack. It’s available with either the 1-litre or 148bhp 1.5 litre petrol engine.

The plug-in hybrids (eHybrid) have a 13kWh lithium ion battery that can be charged up to offer a useable 38 miles of electric only running, SEAT claims, so could be a good option for those commuting a similar distance, and those entering city centres where strict emissions rules are being introduced. The plug-in hybrid version will be offered on both the five-door and Estate models.

Is there a sporty version of the 2020 SEAT Leon?

It’s highly likely Cupra and Cupra R hot hatches will be on the way, though the details are being kept under wraps for now. We’d expect hybrid power to be used.

In the meantime, we have the FR trim level, which boasts sportier front and rear bodywork, bespoke 17in alloy wheels, dual exhaust pipes and firmer suspension with a 15mm lower ride height.

The FR trim grade is mid-spec, so the cabin includes some luxuries such as body colour-matched stitching, a leather multifunction steering wheel, three-zone air conditioning, wireless charging tray in the front and two additional USB points in the rear.

There’s also an FR Sport grade, with 18in wheels and a few extra features, including heated front seats and steering wheel.

The family hatchback market is hotly contested, of course, with the closest rival being its all-new stablemate, the VW Golf, which was the UK’s third favourite car in 2019, behind another rival, the Ford Focus. Others the Leon will be hoping to outgun are the likes of the Hyundai i30, Mazda 3, Skoda Scala (another VW Group option) and Toyota Corolla.

Where is the SEAT Leon built?

The SEAT Leon is a very Spanish affair, as it has designed and will build it at its Martorell factory, just outside Barcelona.

The new Leon is already open for reservations but won’t go on sale until March, as the car is still undergoing emissions homologation, but deliveries will begin very soon after that, in April 2020.