SEAT’s answer to the Ford Focus and VW Golf is to be relaunched this evening, and you can watch the live stream of the presentation here on Driving.co.uk.

The Spanish company won’t be releasing full details on its all-new Leon hatchback until the conference in Martorell, SEAT’s home town, kicks off at 6pm UK time (7pm CET), though it will be expecting much from the 2020 model following the huge interest that the high tech eighth-generation Golf — the Leon’s sister car in the Volkswagen Group — has generated since it was revealed.

Driving.co.uk test drove the new Golf in December and said that while the exterior is largely unchanged from the Mk VII, a revolution has gone on in the cabin, with high tech Alexa-style voice control leading to the sweeping away of many of the physical buttons and switches, leading to a cleaner, more minimalist design.

We’ll have to wait until 6pm to see if the new SEAT Leon features all the same engines and technology, though we do know a little about the thinking behind the Spanish model’s exterior design, which is likely to be a little bolder than that of the Golf. Earlier this month, SEAT described the new car as having “a more purposeful presence, aided by improved dimensions, refreshed front, sculpted rear design and smoother lines that connect the two.”

We also know the the rear LED lights run “coast-to-coast” (full width) across the rear of the car, as shown in the striking teaser shot. 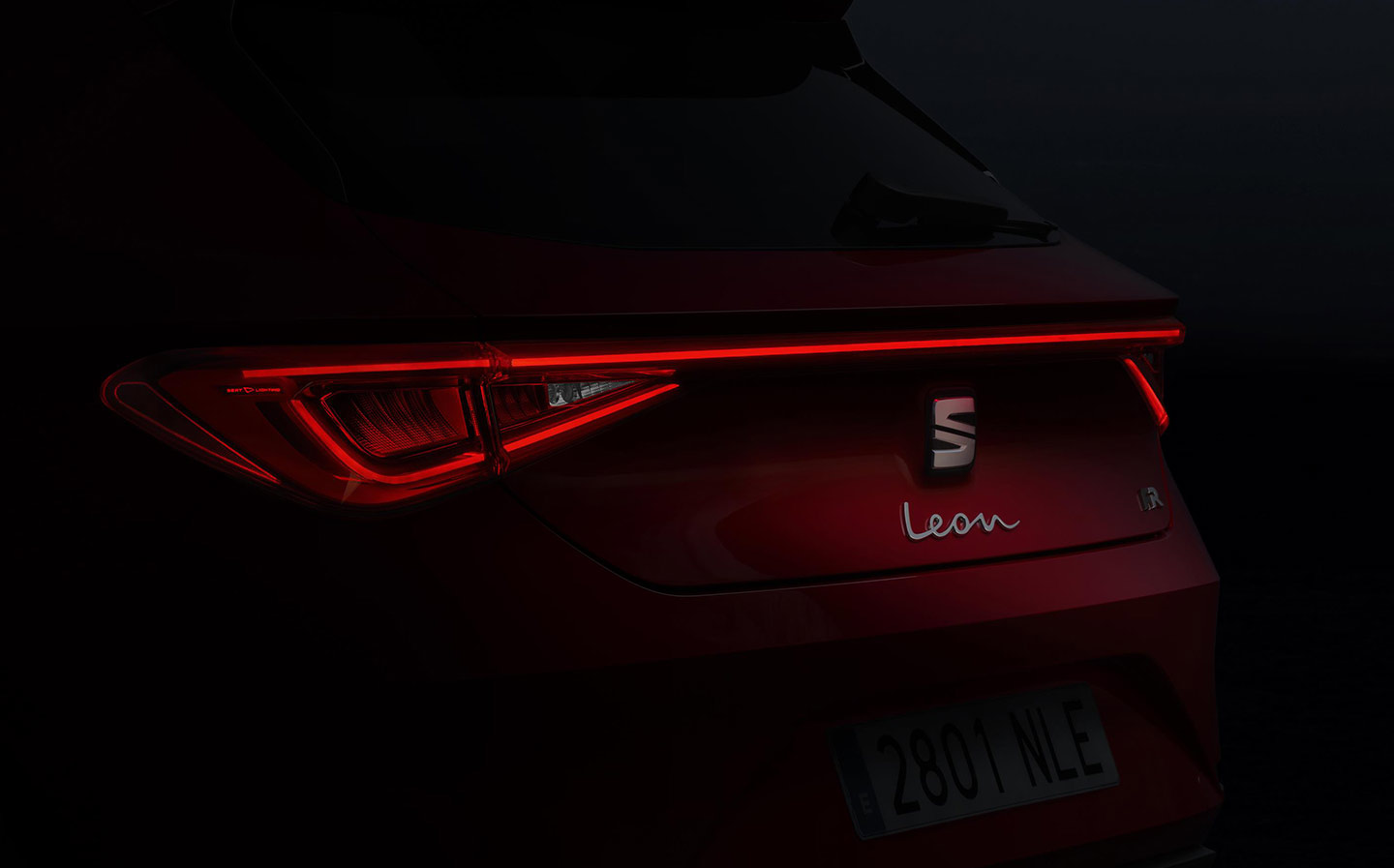 Alejandro Mesonero-Romanos, Director of Design at SEAT, said: “The all-new SEAT Leon has been designed by our team with courage, simplicity and executed with strength and determination. Simplicity because at SEAT, we believe that most things can be said with just a few lines. Determination and strength because those are some of the attributes that make our cars recognizable seducing at first glance.”