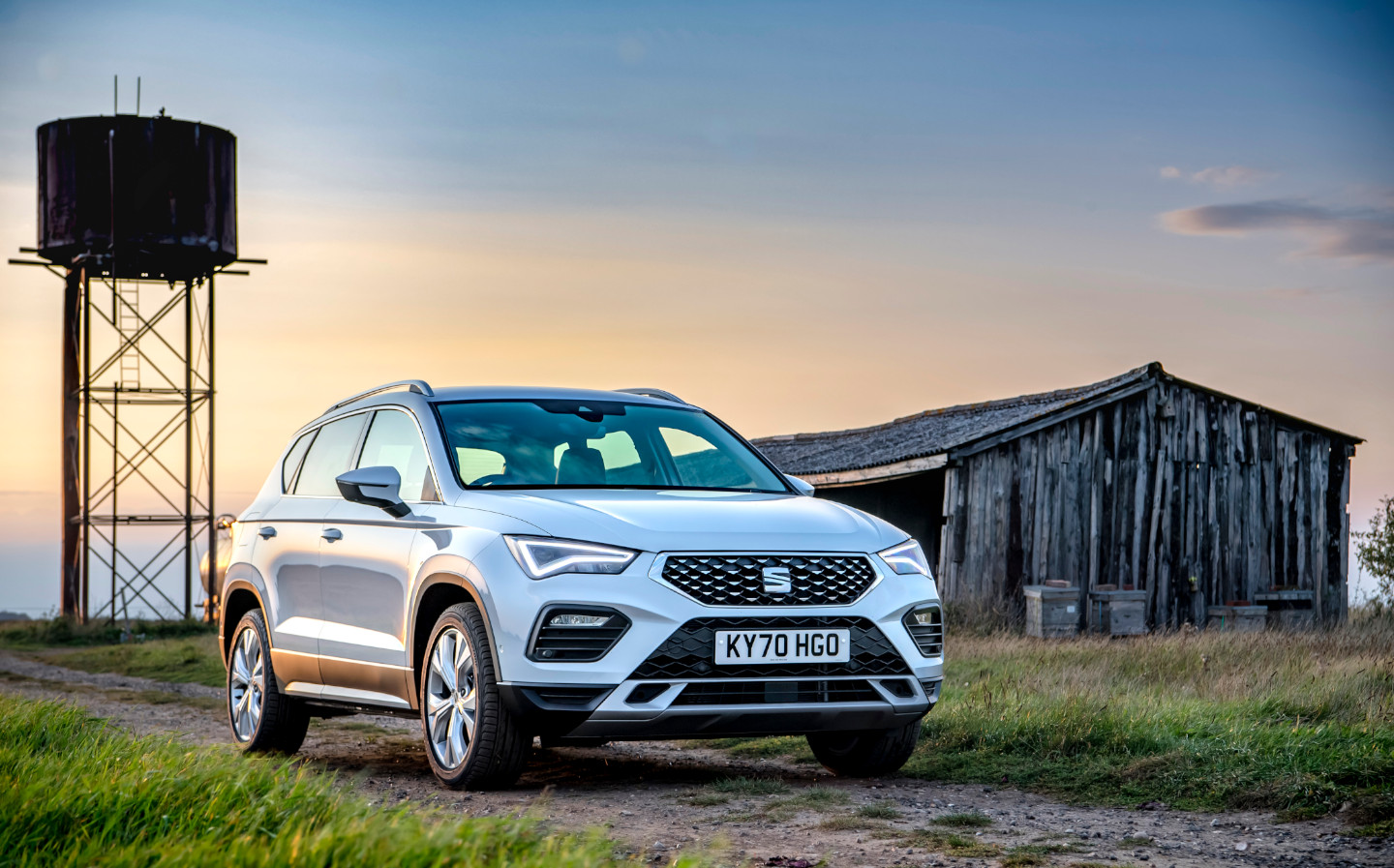 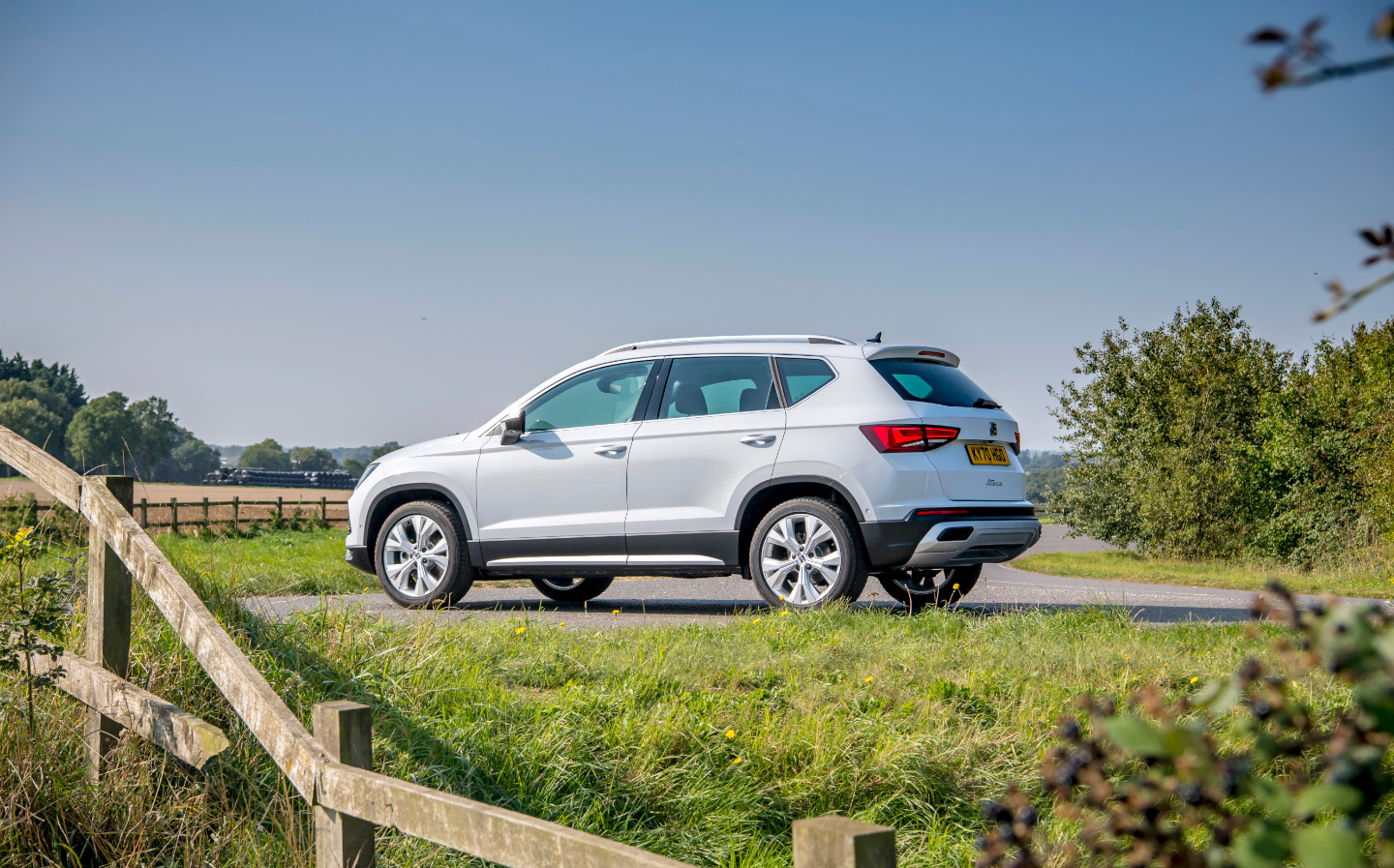 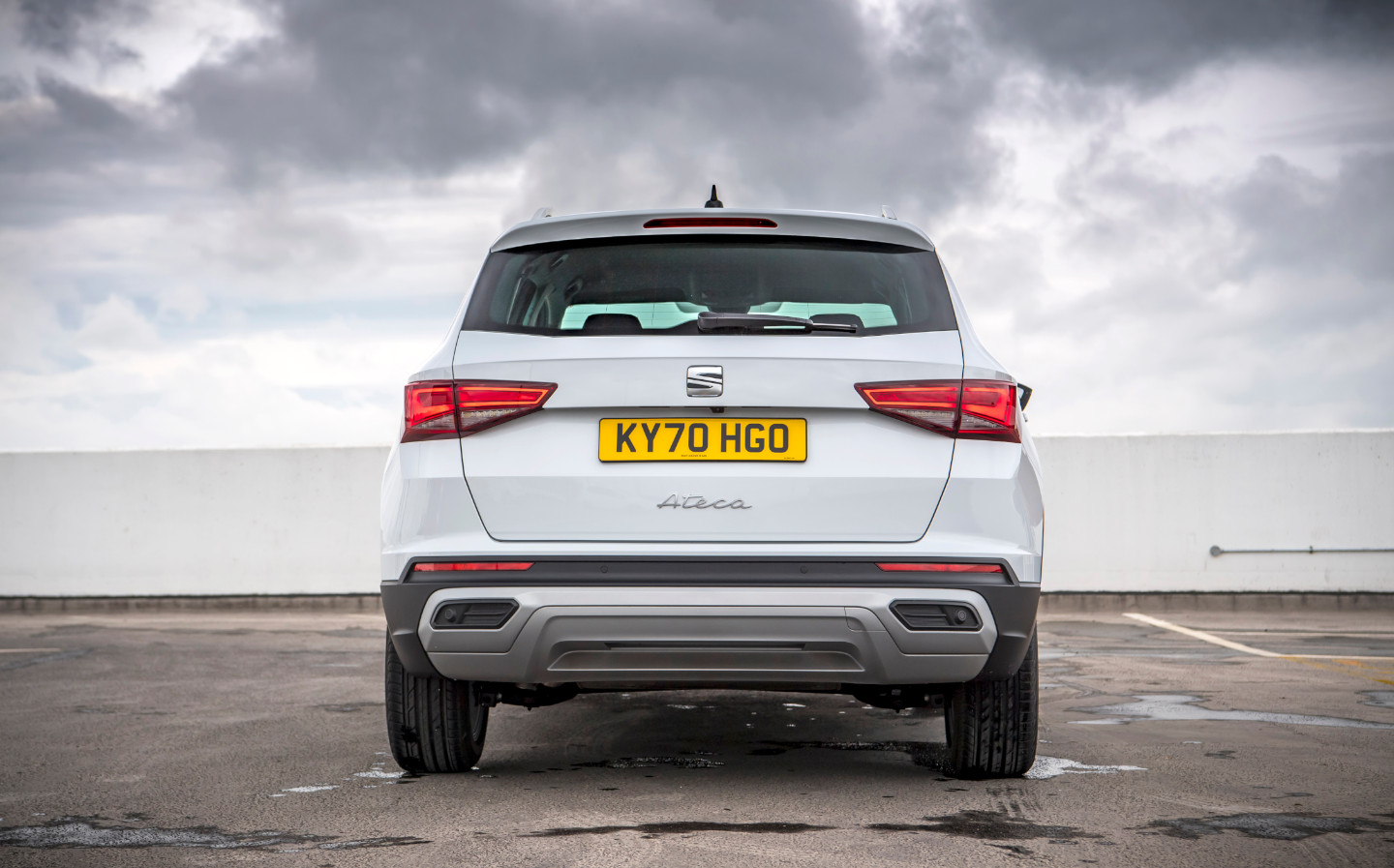 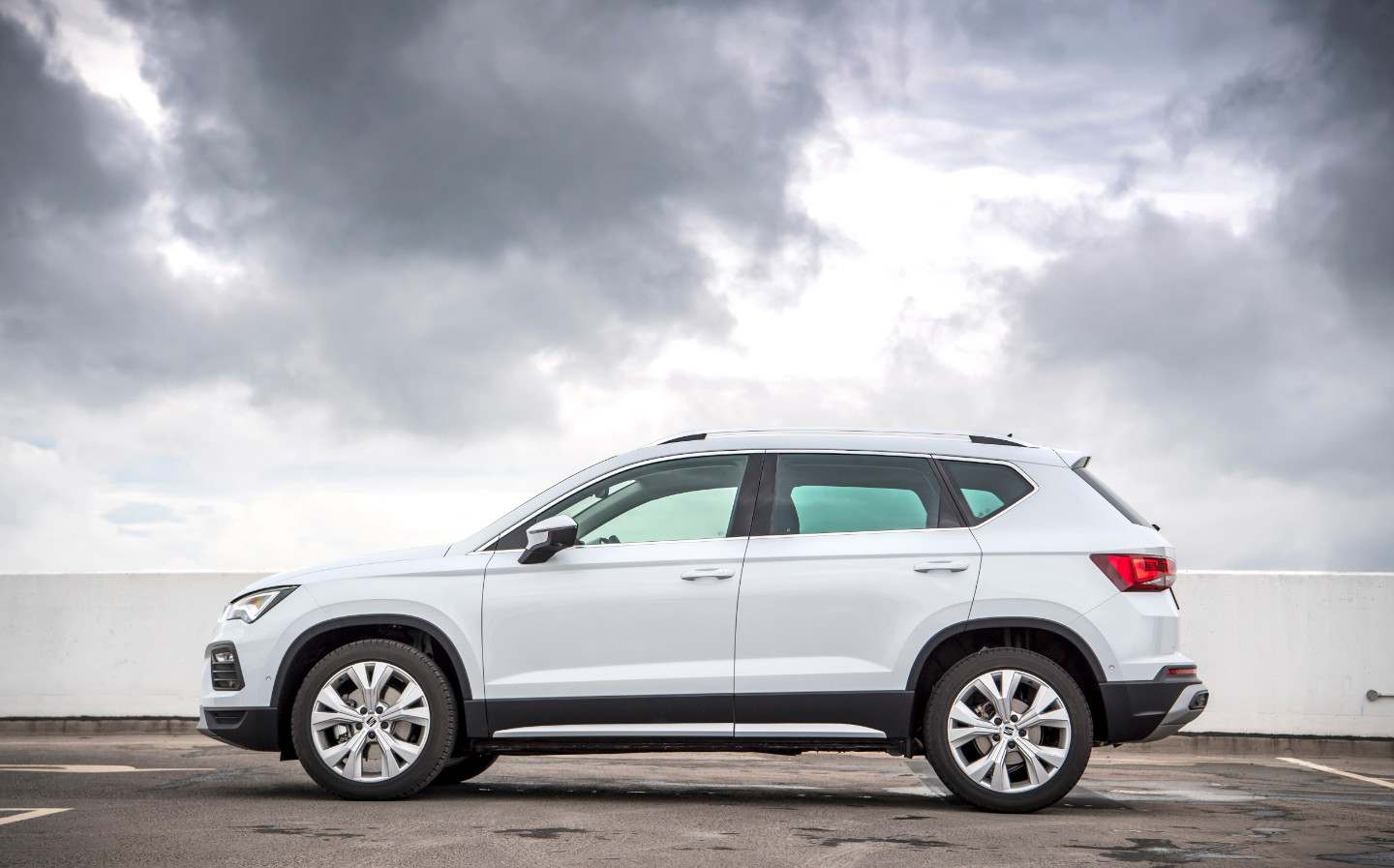 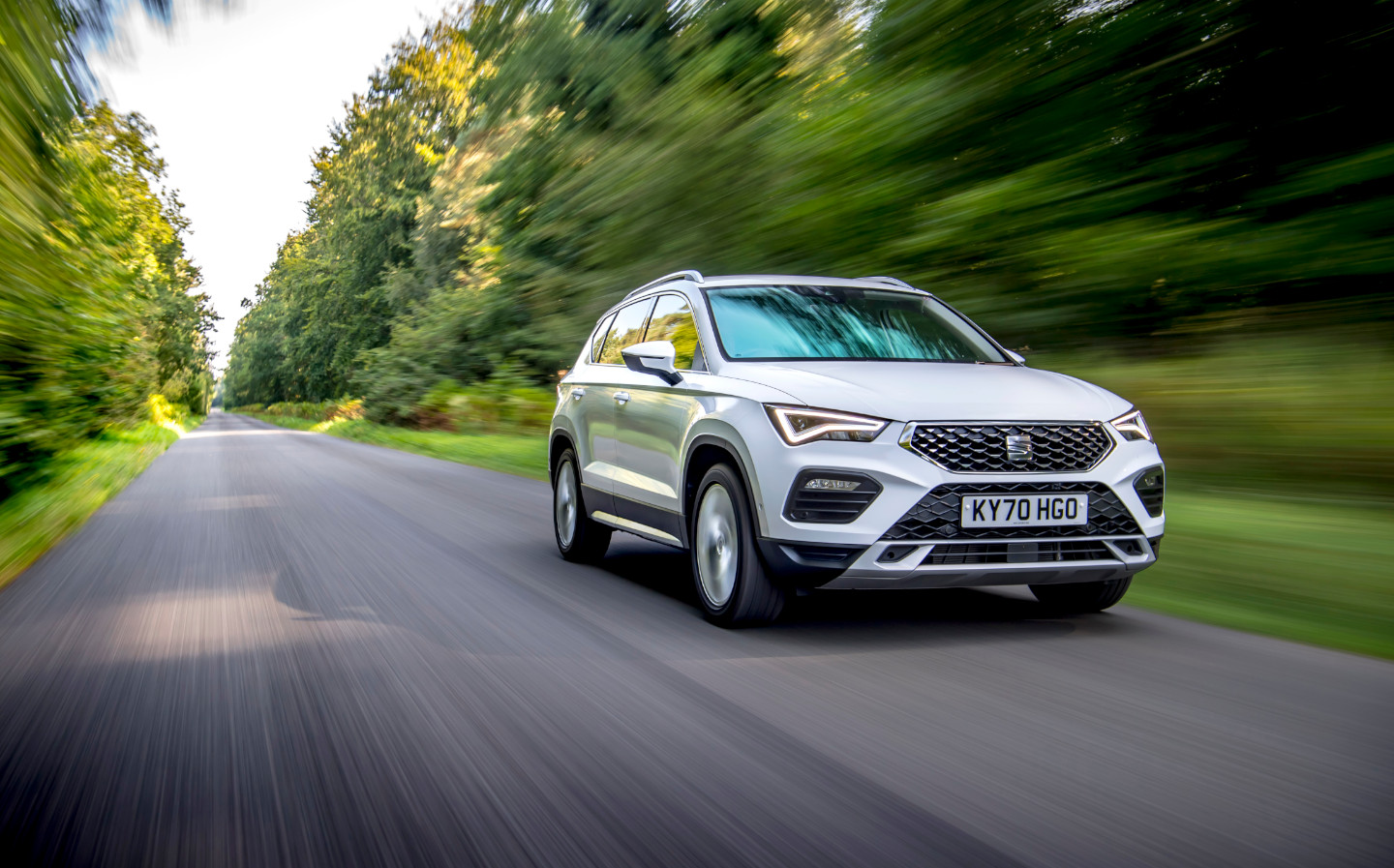 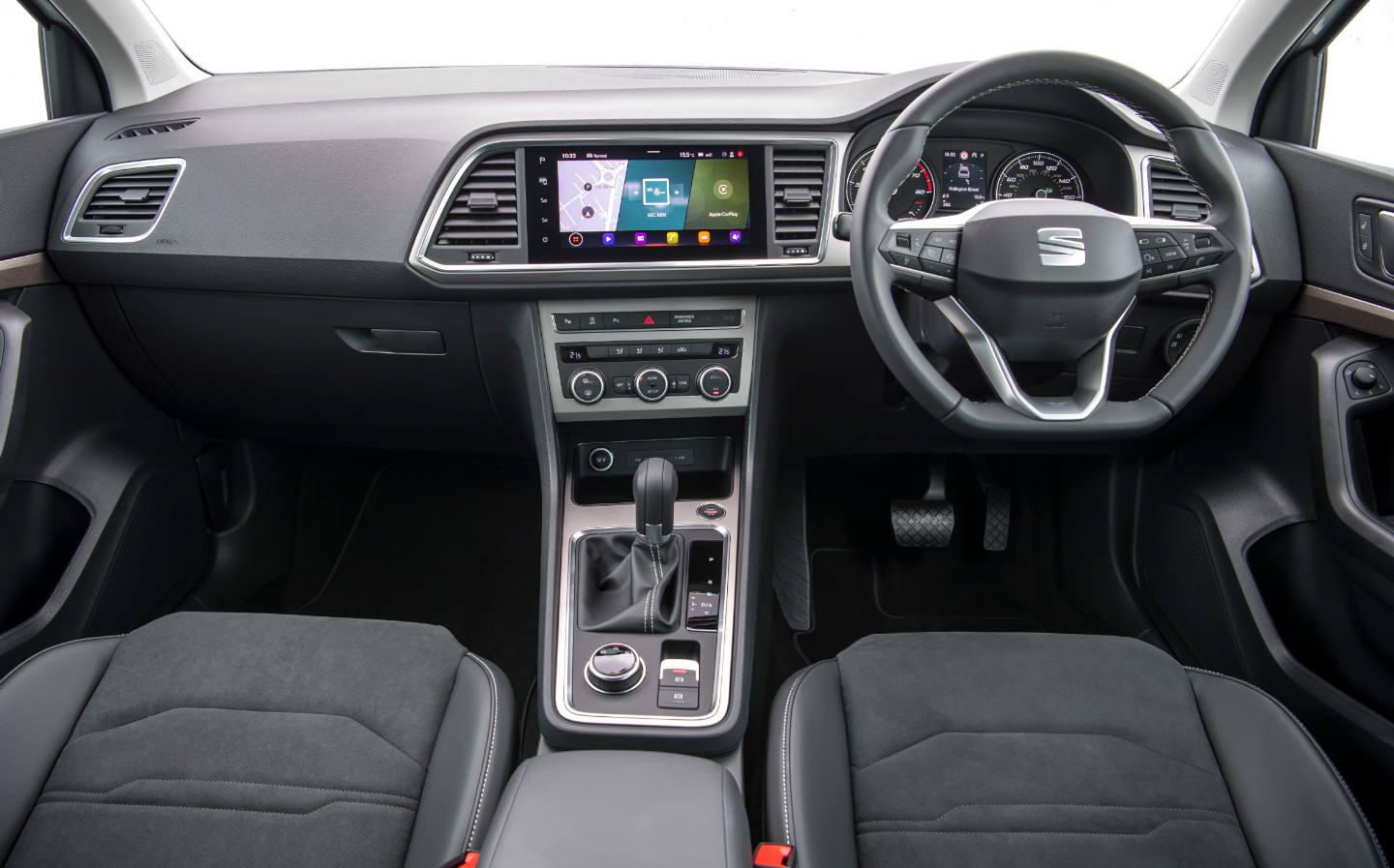 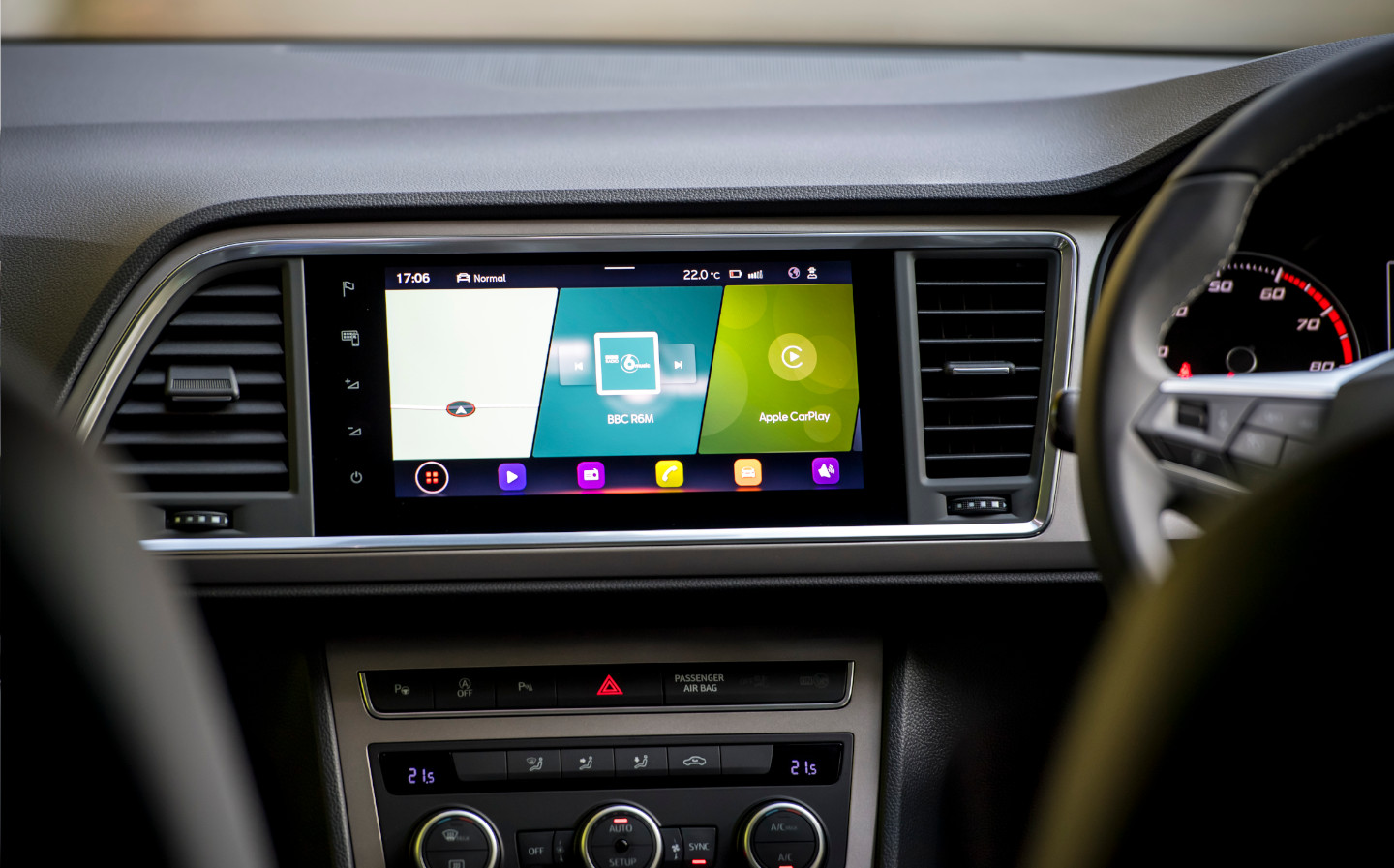 AT THE risk of covering roads well travelled, the SUV market is bursting at the seams, with every relevant brand dutifully represented by a high-stanced sentinel. It is, therefore, a hard segment in which to forge a reputation, to separate yourself from the pack.

Volkswagen Group, which owns VW, Skoda, Seat, and Audi among others, has entered many horses into the race, all with only slightly different stripes (I might be mixing my animal metaphors here but you get the idea). The Seat Ateca is one such beast. Under its skin you’ll find the same platform as forms the basis of the VW T-Roc and Skoda Karoq, among other models.

Despite its now three-strong model lineup, Seat is a relative newcomer to the SUV scene. The Ateca, only four years old, is the veteran of the trio, with the Arona and Tarraco arriving in 2017 and 2018. Unsurprisingly they have been winners for the brand, with SUVs already accounting for more than half of Seat’s car sales. Some 300,000 Atecas have been sold since the model’s launch in 2016, with 40,000 of those headed to UK shores.

Seat is Volkswagen Group’s youth-oriented marque, with the company hoping that people will enter its product lineup through the Spanish brand before making their way upwards through Skoda and Volkswagen to its premium-badged models from Audi and Porsche.

For this reason the new Ateca, now with a mid-life facelift, starts with an extremely reasonable price tag. In fact, three of the Ateca’s six trims (not including the Cupra Ateca) are cheaper than even the previous model, while one — the FR Sport (renamed from FR Black to simplify things) — has seen no price change at all. Only two of the six — the entry level SE and the middling FR — have experienced price increases, with the former starting at £23,670 and the latter priced from £27,680.

That makes the starting price just a smidge more expensive than the Karoq and a couple of grand more than the ever-popular Nissan Qashqai, which remains the sales king of this segment, as the fifth bestselling car in what has been an admittedly catastrophic year for car makers.

As part of its facelift, the Ateca has received some exterior changes, which are most noticeable at the rear of the car. As with the new Leon, the word “Ateca” has been changed to a faux-handwritten font, which might be polarising but I’ll admit I liked the touch of flair, and it sets Seat apart from the increasing number of car makers replacing their rear logos with spaced sans serif letters. 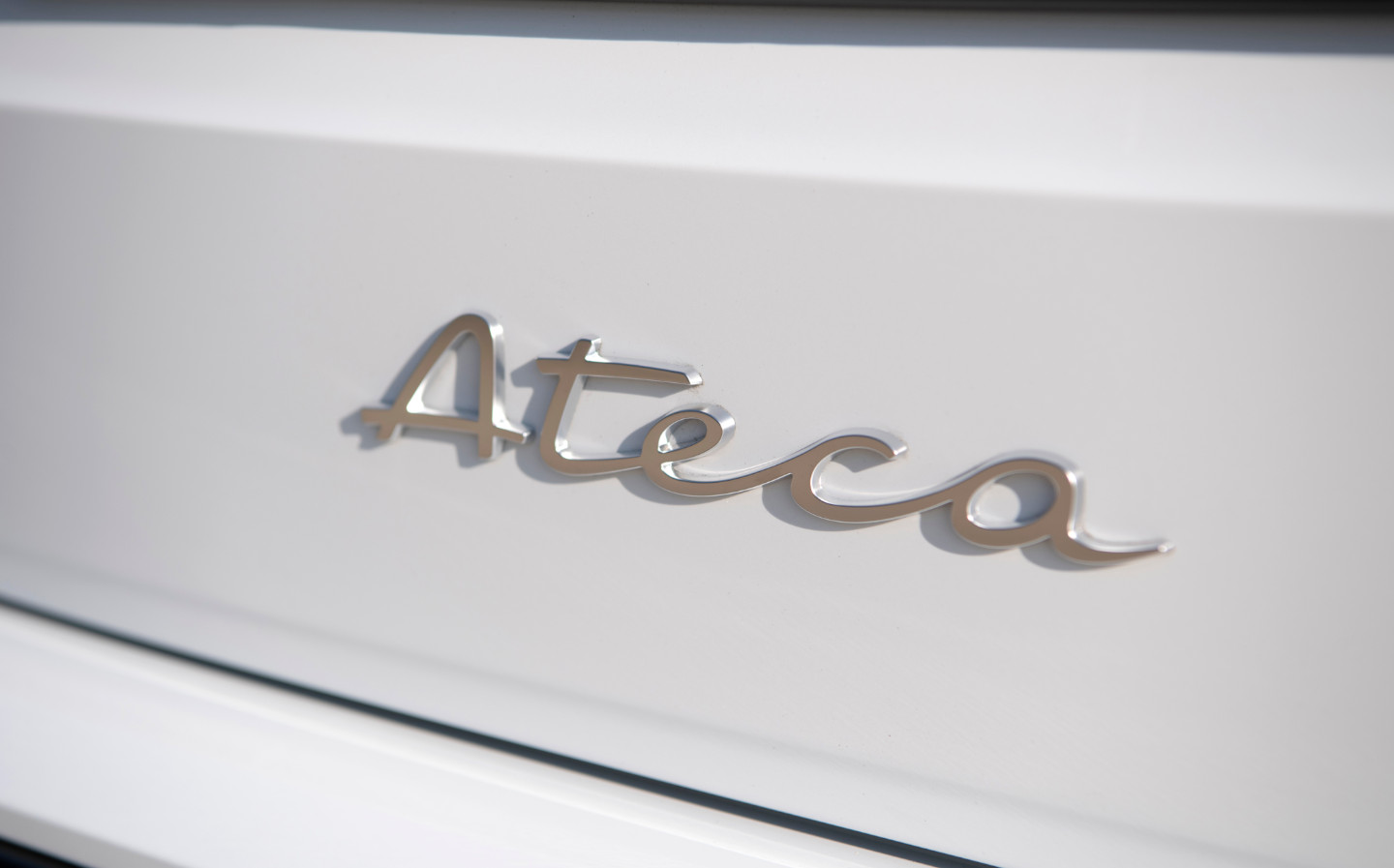 Another noticeable design change has come in the form of exhaust pipe covers, an addition made after consultation by Seat with focus groups. It seems the company’s target audience doesn’t want to see the instruments of the climate’s destruction, in a classic case of “out of sight, out of mind.”

Otherwise, the exterior of the Ateca has received only minor tweaks. The newly designed front and rear bumpers make the car longer but width and height remain the same. The grille has been altered from a trapezoid shape to a hexagonal one, meanwhile, and all trims now come with LED headlights.

On the inside, things haven’t changed much either. The biggest update comes in the form of VW’s newest infotainment system, which is a joy to use. There’s a function that enables you to horizontally split the 9.2in screen into three, meaning you can see a sufficient amount of both the media and navigation sections.

Voice control systems have come on rapidly in recent years. The Ateca’s is clever enough not only to prevent you from working yourself into a rage trying to be understood but actually recognises colloquialisms, meaning distracting touchscreen interaction is kept to a minimum. Most functions are integrated into the infotainment system, although the likes of the air con temperature control remain separate, just below the screen.

Of the six trim levels, we got to test cars with the SE Tech and Xperience, which are the second-cheapest and second-most expensive options respectively. The SE Tech is nice and practical – a few cheap plastics are to be found but a leather steering wheel and wireless phone charging pad mean it’s not entirely devoid of luxuries.

The Ateca is available with nine powertrains: four diesel and five petrol, the latter making up 85% of sales, apparently. We drove two of the petrol models: the entry-level 1.0-litre three cylinder TSI with 113bhp and a six-speed manual gearbox, and a 1.5-litre four cylinder TSI with 148bhp and a DSG automatic’box.

Out of the two, the 1.5-litre DSG is the one we’d recommend. While the automatic gear shifts aren’t exactly seamless, with the gearbox occasionally shifting cogs dramatically at a hint of over-zealousness, it is for the most part very intuitive. Also, the extra half litre and 35bhp make a noticeable difference, especially at lower speeds. The lower end of second gear felt especially lacklustre in the 113bhp version.

The ride is a bit firm, meaning that a few bumps in the road can be felt, although comfort is generally good. This, plus the fact that the steering and gear changes are both featherlight, means that the Ateca is an absolute breeze to drive. In terms of space, there’s plenty. At 5ft 10in I fit in the back without any discomfort, and there’s 510 litres of boot space, which is 90 litres more than a Qashqai.

It is, however, 110 litres less than the new Leon Estate, which Driving.co.uk also had on test last week. Although it doesn’t have the high stance that some customers may be looking for, it is as practical (if not more) than the Ateca, looks better — in my opinion — and drives beautifully. It also has starting price of £22,455, more than £1,000 less than the Ateca. Food for thought.

You would predict, though, that the hundreds of thousands customers who previously found the Ateca a pleasing and practical proposition will continue to do so. Changes that have been made are safe ones, largely as a result of customer feedback, and it’s nice to see Seat eschewing the expectation to make cars bigger and more expensive with every update. That reasonable price tag, as well as the value for money you get from the Ateca, means that Seat’s purpose of bringing audiences into the VW family could be set to work better than ever.