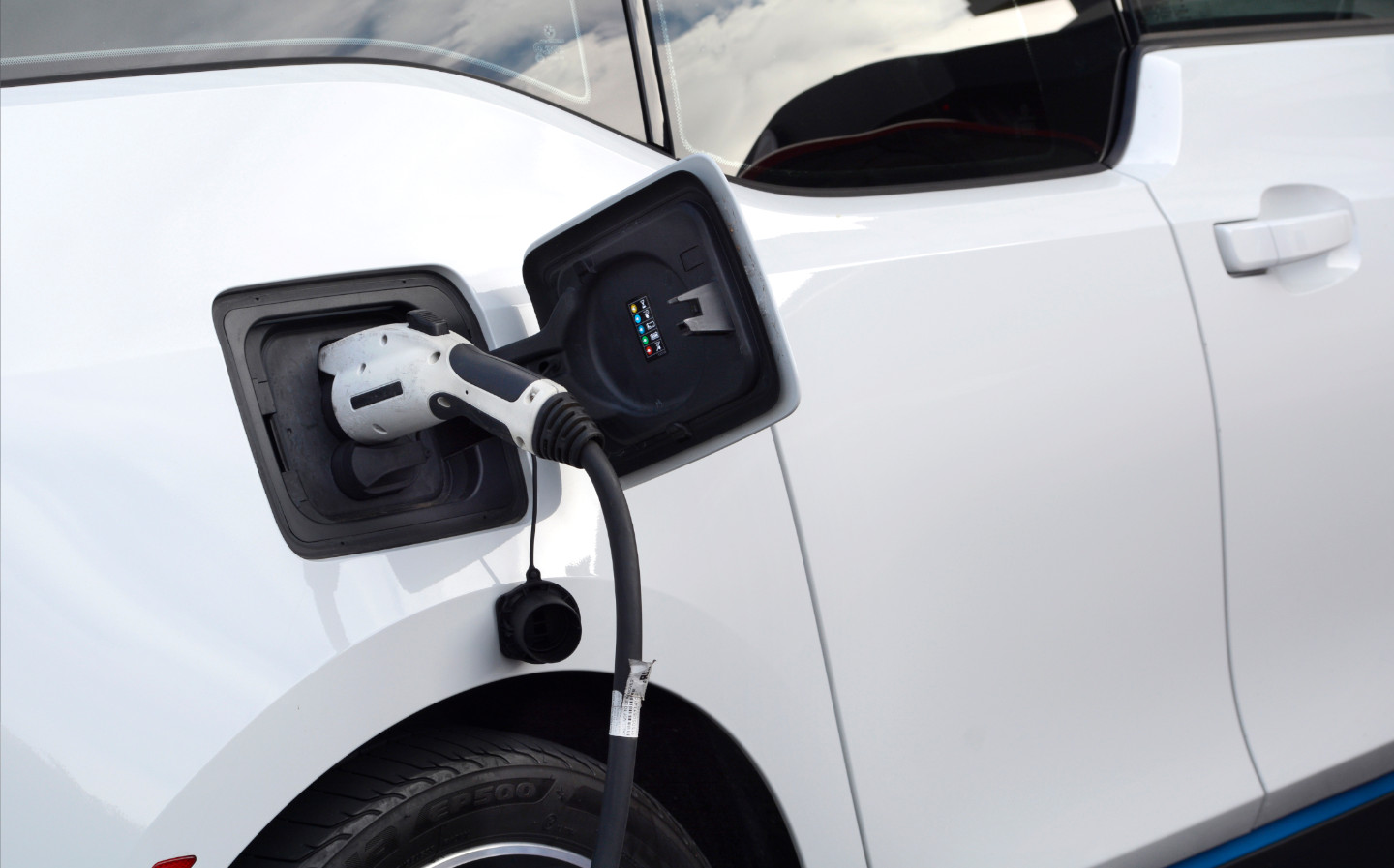 THE CAR industry has reacted to the news that the ban on new petrol and diesel cars will be moved forward by five years to 2030, as the UK government amplifies its efforts to make the country carbon neutral by 2050.

The Society for Motor Manufacturers and Traders (SMMT) which represents the industry, noted the size of the task that now stands before the UK’s car manufacturers, and said that in order for the transition to electric motoring to be made successfully over the next decade, investment would be required to make electric cars more affordable, to make recharging easier, and to ensure that auto manufacturing stayed in the UK.

Mike Hawes, chief executive of the SMMT, said: “We share government’s ambition for leadership in decarbonising road transport and are committed to the journey. Manufacturers have invested billions to deliver vehicles that are already helping thousands of drivers switch to zero, but this new deadline, fast-tracked by a decade, sets an immense challenge.

“We are pleased, therefore, to see Government accept the importance of hybrid transition technologies – which drivers are already embracing as they deliver carbon savings now – and commit to additional spending on purchase incentives. Investment in EV manufacturing capability is equally welcome as we want this transition to be ‘made in the UK’, but if we are to remain competitive – as an industry and a market – this is just the start of what’s needed.

“Success will depend on reassuring consumers that they can afford these new technologies, that they will deliver their mobility needs and, critically, that they can recharge as easily as they refuel. For that, we look to others to step up and match our commitment. We will now work with government on the detail of this plan, which must be delivered at pace to achieve a rapid transition that benefits all of society, and safeguards UK automotive manufacturing and jobs.”

Hawes also appeared on a panel on Times Radio this afternoon to discuss the future of motoring. He told Mariella Frostrup that the further investment announced by the government did not go far enough considering the task now facing the manufacturing industry.

“I think it was significant that in the announcement that the government made overnight there was some additional money. I’d probably say it’s nowhere near the amount that is required, but we need it in three areas: first, these vehicles are more expensive. We need to make sure they’re attractive, and that means making them more affordable, so having an incentive that encourages the purchase [is important].

“Secondly we need to make sure this is a transition that’s made in the UK. So that means making sure we’re competitive — and I’m not going to talk about Brexit today — but making sure that we can attract inward investment to make the batteries here, because as we substitute an internal combustion engine for a battery, that’s where the value is going to lie.

“And thirdly, which is the common global challenge, it’s about that [charging] infrastructure. About half of the number of dwellings in the UK don’t have the opportunity for a designated charge point for their own vehicle, so we need a massive expansion of public infrastructure. That means local authorities, infrastructure providers, government, working together to find a way of incentivising the acceleration of that investment.”

Bentley is ready for the 2030 ban on petrol cars

Car makers with factories in the UK have also reacted to the news that the ban on new petrol and diesel cars will be moved forward. Bentley, which is owned by the Volkswagen Group (VWG) but whose manufacturing operations are based in Crewe, said it would be ready for electric products by 2030, as would its customers, a third of whom already own an electric or plug-in hybrid car. The Bentley Bentayga SUV was for a short time offered as a plug-in hybrid, comprising a 3.0-litre V6 petrol engine paired with an electric motor, but the plug-in model has since been withdrawn from sale.

Adrian Hallmark, Chairman and CEO of Bentley Motors, said: “Bentley welcomes clarity on the future law for the UK car market, and will be ready for the end of sale of new petrol and diesel cars from 2030 and plug-in hybrid electric vehicles from 2035.

“We are the first UK based car manufacturer to already announce both the ambition of end-to-end carbon neutrality and the intention to only manufacture fully electric vehicles by 2030, a huge transformation in just nine years for a 100 year old company, built on the legendary V8 6.75-litre and the W12 technology that leads the world today.

“We also welcome the recognition that PHEVs can have in the transition to a fully electric car and the key role they can play in immediate and significant CO2 reductions if used properly. Bentley customers are already embracing the plug-in vehicle, with a third owning one today.

“We also acknowledge the Government’s new ambitious yet necessary targets and timelines, and the focus now needs to shift onto creating and implementing a cross industry plan to bring infrastructure and customers along on this important journey. Bentley is ready to transform itself, and support the wider UK mission to meet this challenge.”

Driving.co.uk has also approached Jaguar Land Rover for details of its plans to produce electric cars in the UK, in light of the new announcement. The bulk of the company’s manufacturing operations are based in Castle Bromwich, near Birmingham, and it has a factory that produces the Range Rover Evoque and Land Rover Discovery Sport in Halewood, Merseyside. However, it manufactures the Jaguar I-Pace electric  SUV through a third party at a factory in Graz, Austria.

The future of a pure-electric Jaguar XJ luxury saloon, which was to be manufactured at the company’s Castle Bromwich assembly plant, hangs in the balance after new chief executive Thierry Bollore took over in September, with The Times reporting he is planning to axe six models.

Nicholas Lyes, head of roads policy at the RAC, called the task of switching to electric motoring by 2030 “enormous”, and echoed calls for further investment to be made into the nation’s charging network. He said: “With the Government formally bringing forward the date for banning the sale of new petrol and diesel cars to 2030, the car industry and those responsible for charging infrastructure now have an enormous task on their hands.

“Production lines that for decades have been set up to build cars powered with internal combustion engines will have to be transformed to allow manufacturers to profitably build a wider range of EV models in sufficient quantities. Meanwhile the country’s public charging network will need to grow exponentially to cater for the surge in EVs on the road.

“There’s also lots for consumers to get used to in order for them to feel confident about going electric. Running an EV is currently very different to a petrol or diesel car which can be refuelled in a matter of minutes, so those switching in the next few years face a big learning curve which involves different types of chargers, connectors and varying charging speeds.

“And while many EV drivers will charge at home and start with a ‘full tank’, this won’t be possible for everyone, particularly those without off-street parking. Right now running an EV requires a level of planning as charging generally takes significantly longer than a visit to a fuel forecourt. While the early EV adopters are motivated to cope with this, some drivers could find it daunting and inconvenient.

“Some of these problems will disappear as the average range of EVs increases, but it’s vital that the Government continues to invest in developing a fast, reliable and widely available network of chargers that support electric vehicle owners no matter what their circumstances or travel plans. Charging aside, EVs will also spell the end of the manual gearbox that so many drivers will have been used to.”

Diesel car prices not dropping … yet

Some have also noted that the recent announcement could devastate the resale value of internal combustion engine cars, with the prospect of increased penalties looming, especially in cities: London-style clean air zones are due to be rolled out in more cities including Manchester, Birmingham and Leeds in the near future.

Alex Buttle, director of used car site Motorway.co.uk, said: “While the government have sounded the death knell for fossil fuels, it’s not game over for diesel just yet.  Sales will definitely start to fall now but consumers are still on the lookout for good models, especially at the premium end.

“We’ve actually seen the average price of a used diesel car steadily rising month-on-month as people realise they can get a great deal on a top of the range Land Rover that’s only a few years old, instead of dropping £60k on a new one, or on a new electric car. But it will be the last chance saloon for fossil fuels over the next few years before they enter their dying days come 2030.”

Interested in the news that the ban on new petrol and diesel cars has been moved forward to 2030? Read our Q&A of 12 things you need to know, including whether or not you’ll be expected to scrap your car.