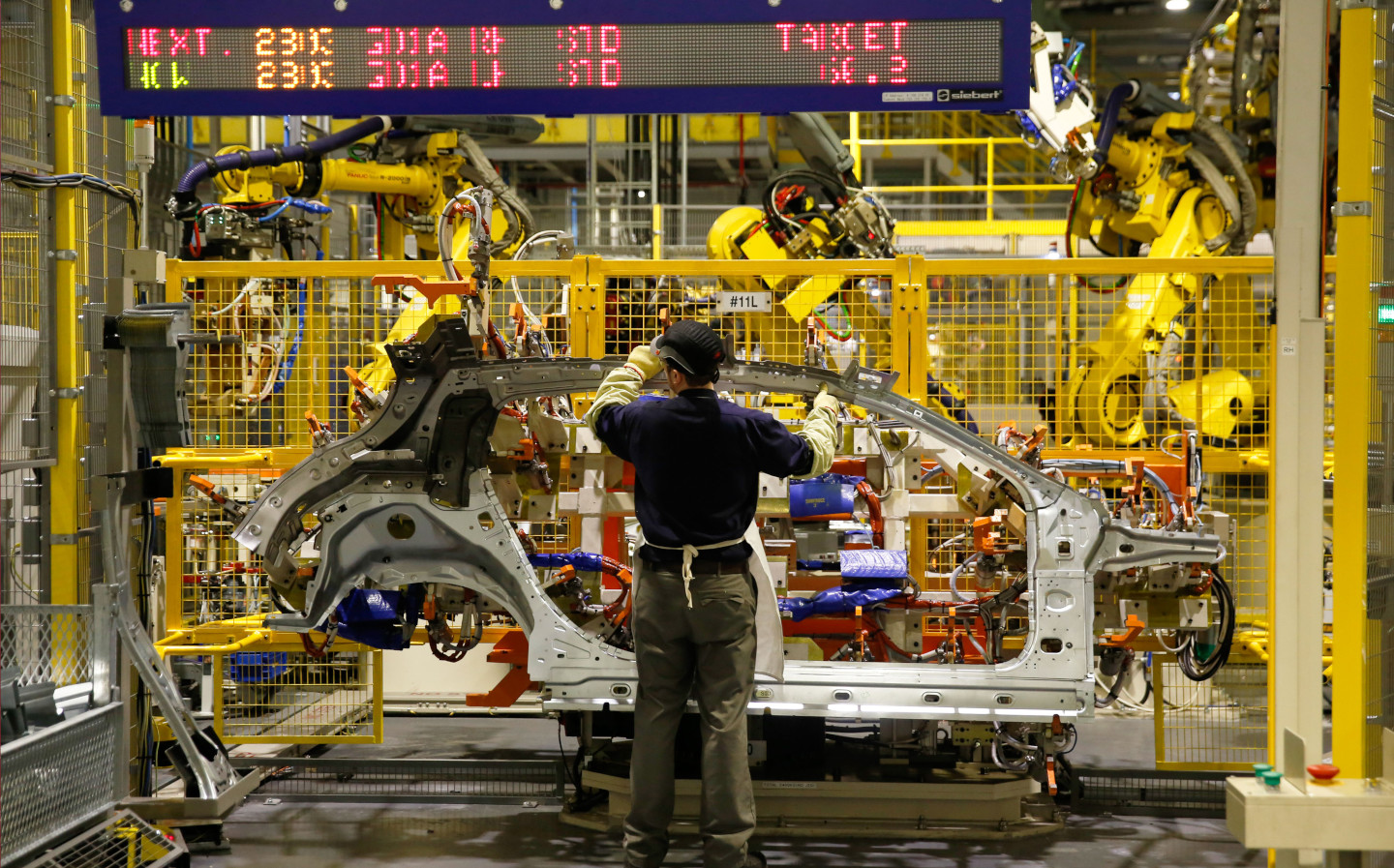 JAPANESE car makers Nissan and Toyota will demand recompense from the UK government if they are adversely affected by tariffs that would result from a no-deal Brexit, according to a Japanese financial newspaper.

Nikkei Asia reported that the two car-making giants are preparing to ask Boris Johnson’s Conservative government for compensation if the tariff it pays on passenger cars defaults to 10% from 2021, which will occur a no-deal scenario arises and the UK defaults to World Trade Organisation rules. The UK left the EU in January, entering a year-long transition period during which it pays zero tariffs, as it did when it was still a member state. The transition period comes to an end December 31, 2020.

Mr Johnson said yesterday there was still a deal to be done with the EU but insisted that the UK would be able to “more than live with” exiting the union without a trade agreement. This was despite his concurrent prediction that the UK is heading into a tough winter of lockdown restrictions that are sure to further impact an economy already hobbled by the coronavirus pandemic.

Around half of the 1.3m cars manufactured in the UK last year were produced by three Japanese companies — Nissan, Toyota and Honda – with 44% of those being exported to the EU. It is understood that the companies already operate on a profit margin of only a few percent, and would not be able to absorb large tariffs like the ones looming in January into their costs.

Honda announced in February 2019 that it will discontinue its manufacturing operations in Swindon by 2021, affecting the jobs of 3,500 people who were employed at the plant. However, it claimed that Brexit was not the reason for the decision.

Meanwhile, Nissan’s Sunderland factory (the largest car manufacturing plant in the UK)  was spared during a spate of global job cuts earlier this year, with the company instead opting to close its operations in Barcelona. However, it chose to manufacture the X-Trail SUV at a factory in Japan rather than at its Sunderland plant due to Brexit uncertainty, and company boss Ashwani Gupta said that leaving the EU without a deal would make Nissan’s UK operations “unsustainable”. The EU is the main destination for cars made at the Sunderland plant.

When approached by Driving.co.uk for comment, Nissan did not confirm whether or not it would demand compensation for money lost to tariffs but expressed its trepidation at the uncertain post-Brexit landscape.

A spokesperson said: “Since 1986, the UK has been a production base for Nissan in Europe. Our British-based R&D and design teams support the development of products made in Sunderland, specifically for the European market. Frictionless trade has enabled the growth that has seen our Sunderland plant become the biggest factory in the history of the UK car industry, exporting more than half of its production to the EU.

“Today we are among those companies with major investments in the UK who are still waiting for clarity on what the future trading relationship between the UK and the EU will look like.

“As a sudden change from the current arrangements to the rules of the WTO will have serious implications for British industry, we urge UK and EU negotiators to work collaboratively towards an orderly balanced Brexit that will continue to encourage mutually beneficial trade.”

A Toyota spokesperson was similarly reluctant to comment on the specific allegation that it will demand compensation from the government for any future tariff payments, but reiterated the company’s support for a free trade agreement. Toyota has previously expressed uncertainty at the future of its UK operations if a 10% tariff is imposed. Other carmakers have cited similar concerns. BMW, which manufactures Minis in the UK, has previously said that Brexit poses a danger for the brand.

The reported demands will pile onto increasing pressure on the government to support the car industry, which has already seen severe decline due to the ongoing coronavirus pandemic. The Society of Motor Manufacturers and Traders (SMMT) warned in September that a no-deal Brexit could cost the industry a “catastrophic” £101bn.

Driving.co.uk has approached the Department of Business, Energy and Industrial Strategy for comment.