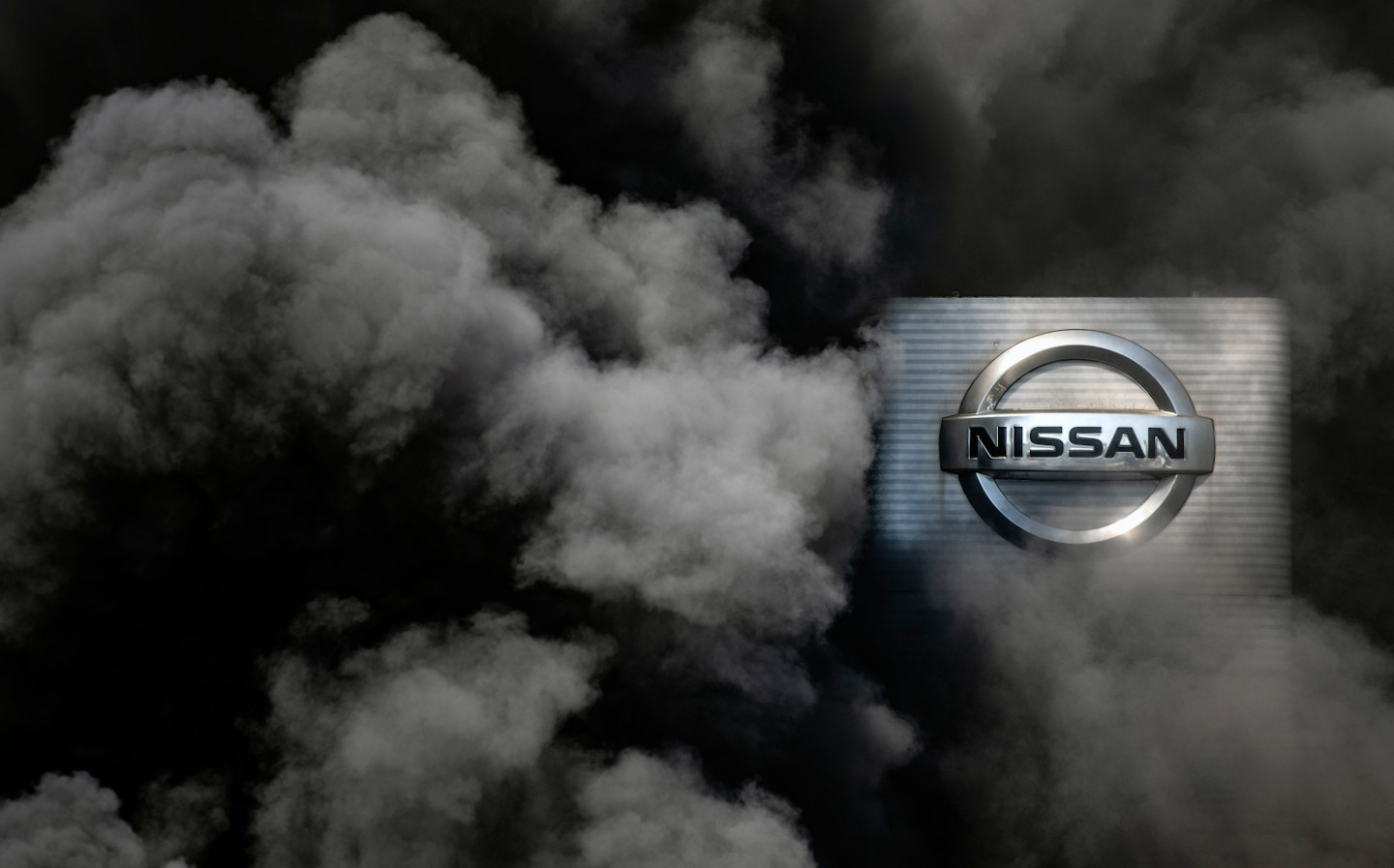 WORKERS at Nissan’s Sunderland plant are breathing a sigh of relief after it was revealed that there will be no job cuts at the Japanese car maker’s factory in the north east of the UK, as the company hopes to lower its annual spending by £2.3bn.

The news isn’t as good in Europe, however, as it was revealed that the company would close its plant in Barcelona, at the expense of 2,800 jobs. A factory will also close in Indonesia. Workers in Barcelona burnt tyres outside the factory in protest of the end of four decades of manufacturing. 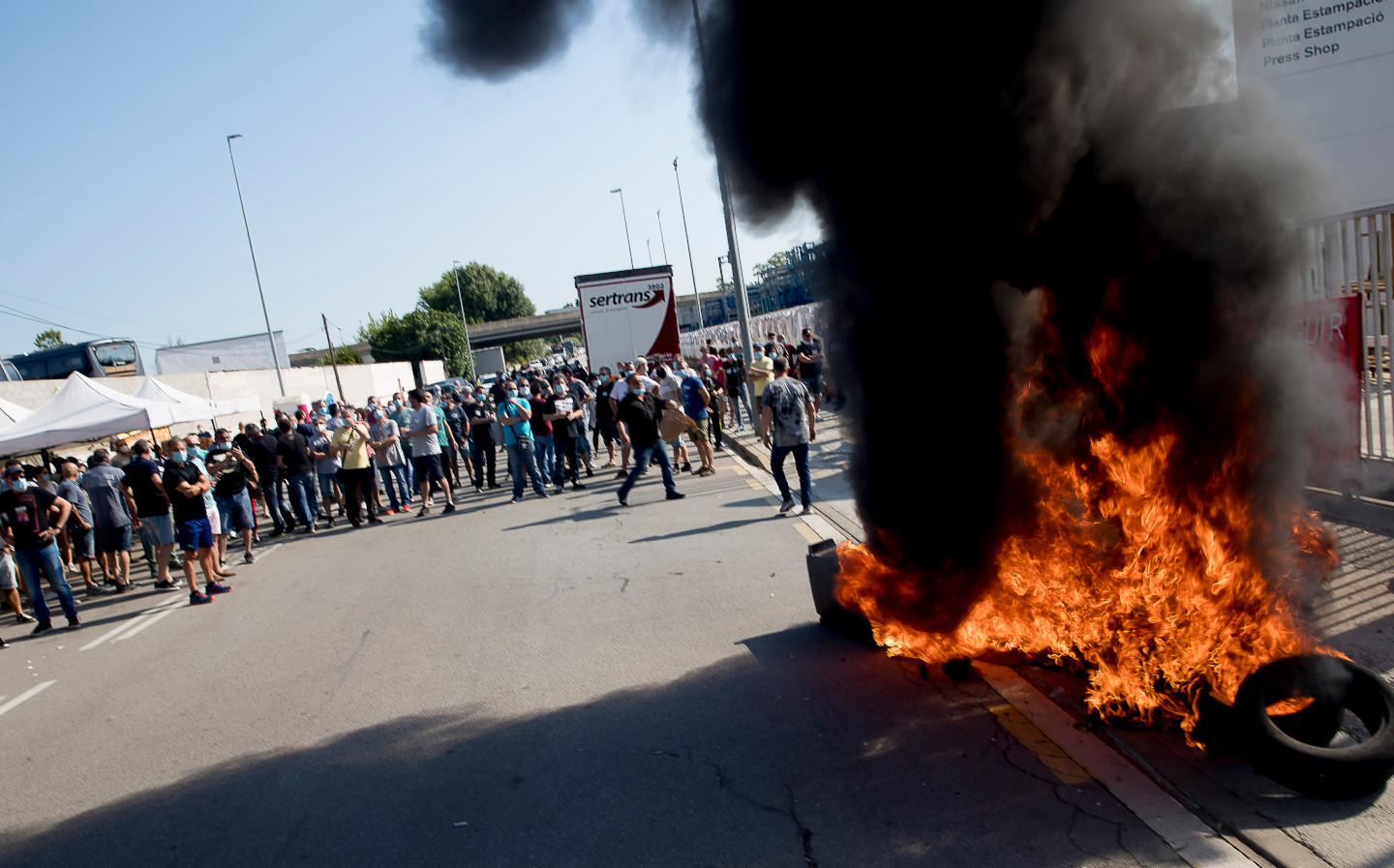 Makoto Uchida, Nissan’s CEO, said: “We will maintain core manufacturing in Sunderland and also improve efficiencies. We considered various measures in Barcelona and although it was a very difficult decision we intend to close the plant.”

The Sunderland plant, which is the largest car factory in the UK, will now be the base of Nissan’s European manufacturing operations. Models from Renault, a company that is in an alliance with Nissan, will also be made at the Sunderland plant. This would not be an unusual move, as several Nissans and Renaults share common underpinnings, and dual-brand already production takes place at a factory in Flins, France.

The job cuts come as part of a wider streamlining of Nissan’s operations, with the company posting its first net loss for more than a decade. In its results for this fiscal year, the company said: “The global Covid-19 pandemic substantially impacted Nissan’s production, sales and other business activities in all regions.”

The company’s net loss was around ¥671.2bn (£5bn) this financial year. Nissan said that its worldwide sales had fallen 31.1% between January and April, compared with the same period last year.

However, Nissan was already in the midst of a financial slump before the coronavirus pandemic hit, with its operating profit falling every year for the last four years. As a result, the Renault-Nissan-Mitsubishi alliance is restructuring its global operations to reduce manufacturing by 20% and focus on key markets in Asia and America. Nissan reportedly has the capacity to make seven million cars per year, but only needs capacity to manufacture five million.

It will also slim its range of models from 69 to around 55, placing a greater emphasis on its sports cars and electric vehicles. In a presentation of its future strategy, Nissan previewed the 400Z sports car, the successor to the 370Z, which has been in its lineup for well over a decade. The 400Z will reportedly use a twin-turbocharged V6, and produce more power than the 370Z.

Brits are understandably jubilant at the news, especially after McLaren announced earlier in the week that it is to lay off nearly a third of its staff due to the effect of coronavirus on its finances. Some, however, are expressing surprise at the decision, given potential import/export tariffs post-Brexit, and asking questions about what potential deal has been struck between the Japanese auto manufacturer and the UK government.

Disgraced former CEO Carlos Ghosn met with Theresa May during her time as Prime Minister in 2016, after he warned Nissan may halt investment in the Sunderland Plant if export tariffs were imposed after Brexit. After the meeting, he said: “Following our productive meeting, I am confident the government will continue to ensure the UK remains a competitive place to do business.”

It was then revealed last year that the then-Business secretary Greg Clark had secretly promised state aid to Nissan in return for the company’s decision to manufacture the updated X-trail at its Sunderland plant after Brexit. The package promised to Nissan was reportedly worth up to £80m. However, Nissan chose to abandon the investment plan, partially due to uncertainties over Brexit.

Nissan GB told Driving.co.uk it did not wish to comment other than to say its position on Brexit has remained consistent. A spokesperson said: “As previously communicated, unfavourable changes to trading conditions between the UK and EU would impact not only Nissan’s UK operations but our European business model. This is why we continue to urge UK and EU negotiators to reach an agreement which maintains mutually beneficial trade.”

Nissan intends for car production at the Sunderland factory to resume in June with the manufacturing of the new Qashqai model.

Update, June 3 – Nissan bosses said today that the possibility of a no-deal Brexit means that the future of the Sunderland plant is still in Jeopardy. Read the updates here.