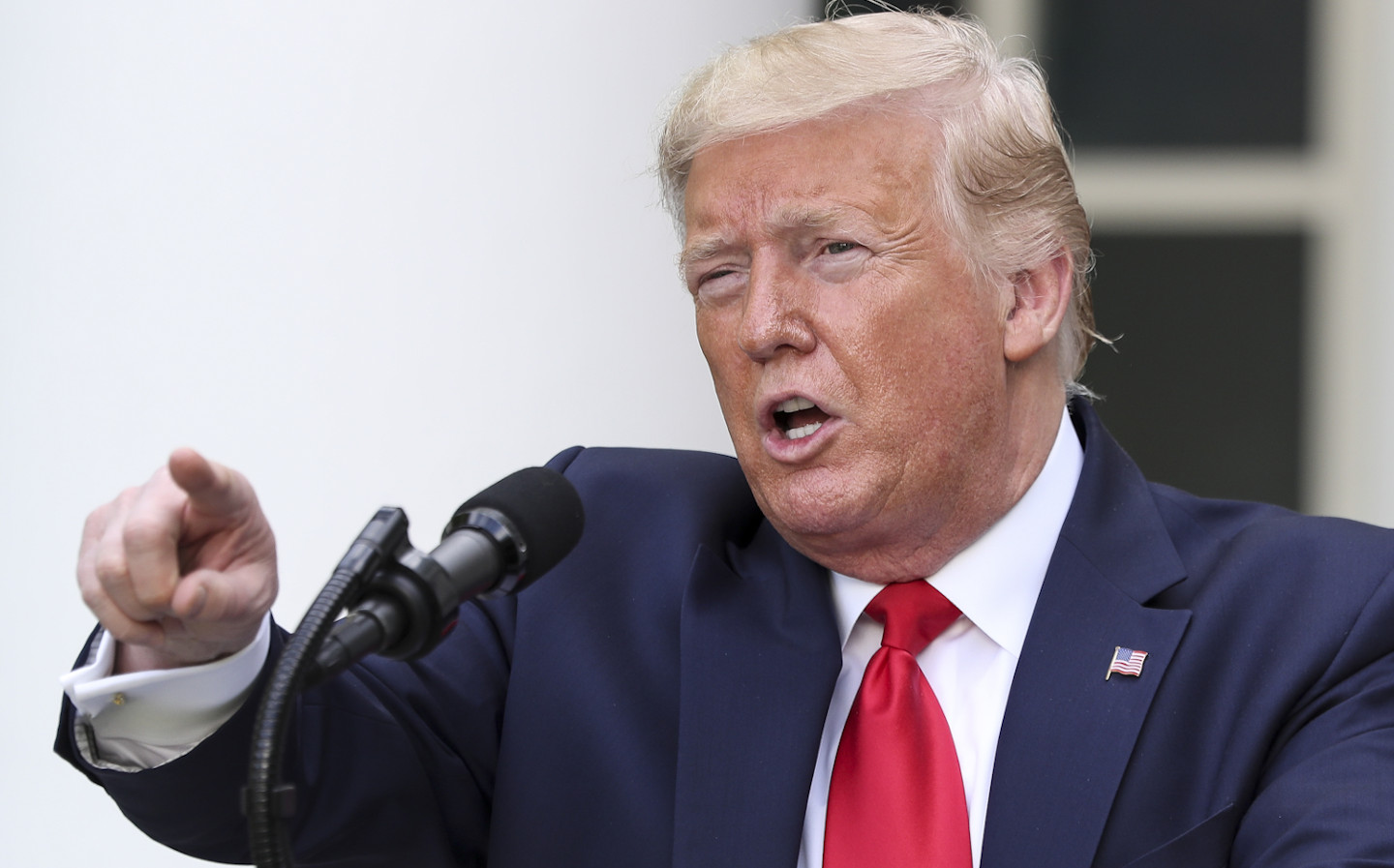 PRESIDENT TRUMP’s administration is being sued by nearly half the American states over lowered standards for fuel economy and emissions.

California is leading the group of 23 states, arguing that the government’s reversal in environmental standards is based on incorrect science and puts public health at risk. The New York Times said the single biggest effort by the US to fight the climate crisis is at stake in the lawsuit.

The deregulation would only require carmakers to improve the fuel economy of their cars by one and a half percent per year. Under the rules set by the Obama administration, this number was five percent. Auto manufacturers are reportedly already improving fuel efficiency by around two percent without any form of government intervention.

If Trump’s rollback of the Obama-era policy is successful, car makers will have to ensure their fleet-wide fuel economy hits around 40 miles per gallon by 2025. Under the previous rules, the economy of the fleet would have to be 54mpg by that time.

The Trump administration has defended the move by saying that the deregulation will make cars more affordable. Elaine Chao, the transportation secretary defended the rollback, saying: “This rule will save hundreds of billions of dollars in regulatory costs over the next decade, and it will save thousands of lives. This means millions of new vehicles will be more affordable to consumers, more will be sold, and this will be good for the economy, as well.”

However, reports have pointed out that while this may be true in the short term, the extra emissions will harm animals and the environment, while the lower fuel economy will cost Americans more money in the long run. A separate NYT piece pointed out the implementation of the new rule would cost consumers $22bn (£18bn) — although the initial buyer may save money on the price of a new car, the lower fuel efficiency would cost drivers approximately $500 (£408) over the vehicle’s lifetime.

The move by Trump is part of a larger push to undo the climate regulations put in place by his predecessor, Barack Obama. Back in November Trump garnered criticism when he began the formal process of withdrawing the US from the Paris Climate Agreement.

US Secretary of State Mike Pompeo said that the decision was made because of the “unfair economic burden imposed on American workers” by the agreement. The move makes the Trump administration the only major government in the world to turn its back on efforts to lower greenhouse gas emissions.

Car makers have been polarised over the issue. The Alliance for Automotive Innovation, which represents a large number of major manufacturers in America, is defending the rollback, but some of its members including BMW, Ford, Honda and VW have announced that they will support states wishing to uphold higher fuel standards than those set by the Federal government.

Xavier Beccera, California’s Attorney General who is leading the state coalition, said: “Just read the text of the rule and you will discover that it is a job-killer and public health hazard. It will increase costs to consumers and allow the emission of dangerous pollutants that directly threaten the health of our families. President Trump should have listened to his own scientists. America’s Clean Car Standards were doing the job. We’re going to court to defend them.”