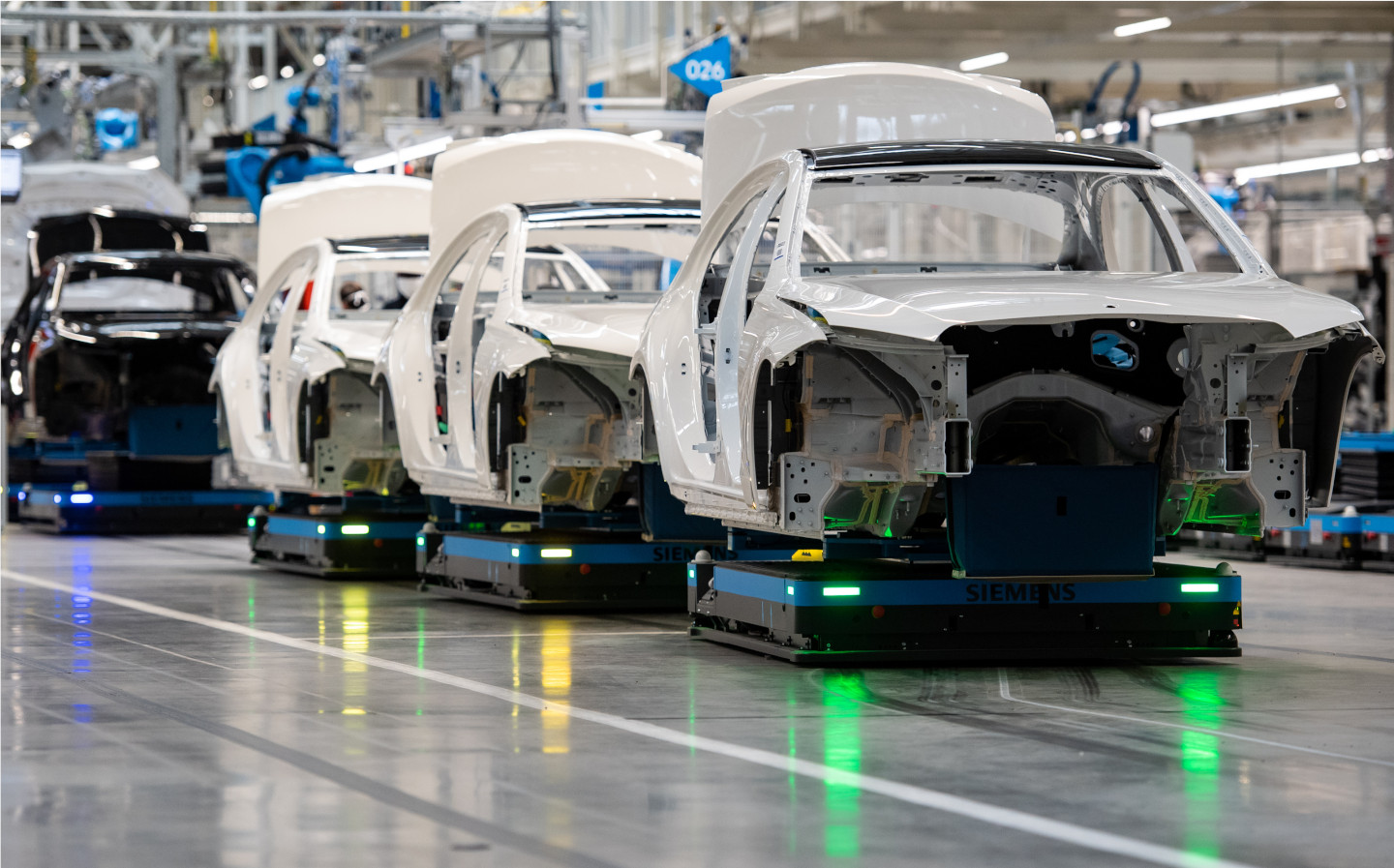 CAR MAKERS have warned today that the “catastrophic” cost of Britain leaving the EU without a trade deal could amount to as much as 110bn Euros (£101bn) over the next five years.

A report published this morning by several organisations including the Society of Motor Manufacturers and Traders (SMMT) said that defaulting to World Trade Organisation (WTO) rules — which is what will happen if no trade deal is reached between UK and EU negotiators — would put the production of three million UK and EU-built cars and vans at risk over the next five years.

The group of industry professionals is now calling for the government to reach an “ambitious free trade agreement” with the EU before the Brexit transition period ends in 15 weeks time. The lobby is made up of vehicle and part makers from across the EU, including the European Automobile Manufacturers Association (ACEA) and the European Association of Automotive Suppliers (CLEPA), as well as 22 national associations including the SMMT.

The report pointed out: “Without a deal in place by 31 December, both sides would be forced to trade under so-called World Trade Organisation (WTO) non-preferential rules, including a 10% tariff on cars and up to 22% on vans and trucks.

“Such tariffs – far higher than the small margins of most manufacturers – would almost certainly need to be passed on to consumers, making vehicles more expensive, reducing choice, and impacting demand.”

It also noted that a no deal exit from the EU could impart a second devastating blow to an industry already hobbled by the coronavirus pandemic. The production lost to the virus has cost the industry an estimated €100bn (£92bn).

The financial effects of the virus have caused a number of car makers, both in Britain and Europe, to lay off staff and seek financial assistance. McLaren, which felt the impact of both a decline in car sales as well as the delay to the beginning of the Formula One season, was forced to lay off 1,200 staff and last week announced the offering of its £200m Woking factory on a sale-and-leaseback basis. Bentley announced the loss of up to 1,000 staff at the beginning of June, while Renault and Fiat-Chrysler Automobiles sought state-backed loans worth billions.

The report warned that a second hit to the industry could put further jobs at risk, noting that the pan-European automotive sector employs around 14.6m people, representing one in 15 EU and UK jobs.

Luis Chatel, President of La Plateforme Automobile, which represents France’s automotive industry, said: “The economic reality is that both manufacturers and suppliers will be very affected by ‘no deal’ and many jobs are at stake. ‘No deal’ would be the worst of all outcomes.”

Although Nissan’s factory in Sunderland, the biggest car manufacturing plant in the UK, was saved during job cuts by the company earlier this year, boss Ashwani Gupta warned that a no-deal Brexit would make the car maker’s operations in the UK “unsustainable”.

A spokesperson told Driving.co.uk at the time: “Unfavourable changes to trading conditions between the UK and EU would impact not only Nissan’s UK operations but our European business model. This is why we continue to urge UK and EU negotiators to reach an agreement which maintains mutually beneficial trade.”

Talks between negotiators have been incensed by the announcement that the UK government plans to rescind agreements made as part of the Brexit treaty with the EU, in a move that would breach international law. MPs are due to vote on the issue in parliament this evening.

In a move that can only be described as ironic, Minister for Crime and Policing Kit Malthouse said this morning that, despite the fact it would contravene international law, he would vote for a bill. However, the strategy has been criticised by five former Prime Ministers, as well as incumbent Prime Minister Boris Johnson’s own former Attorney General, Geoffrey Cox, who said that such actions would do “unconscionable” damage to the UK’s international reputation.

Commenting on the figures, Mike Hawes, chief executive of the Society of Motor Manufacturers and Traders, said: “These figures paint a bleak picture of the devastation that would follow a ‘no deal’ Brexit. The shock of tariffs and other trade barriers would compound the damage already dealt by a global pandemic and recession, putting businesses and livelihoods at risk. Our industries are deeply integrated so we urge all parties to recognise the needs of this vital provider of jobs and economic prosperity, and pull out every single stop to secure an ambitious free trade deal now, before it is too late.”