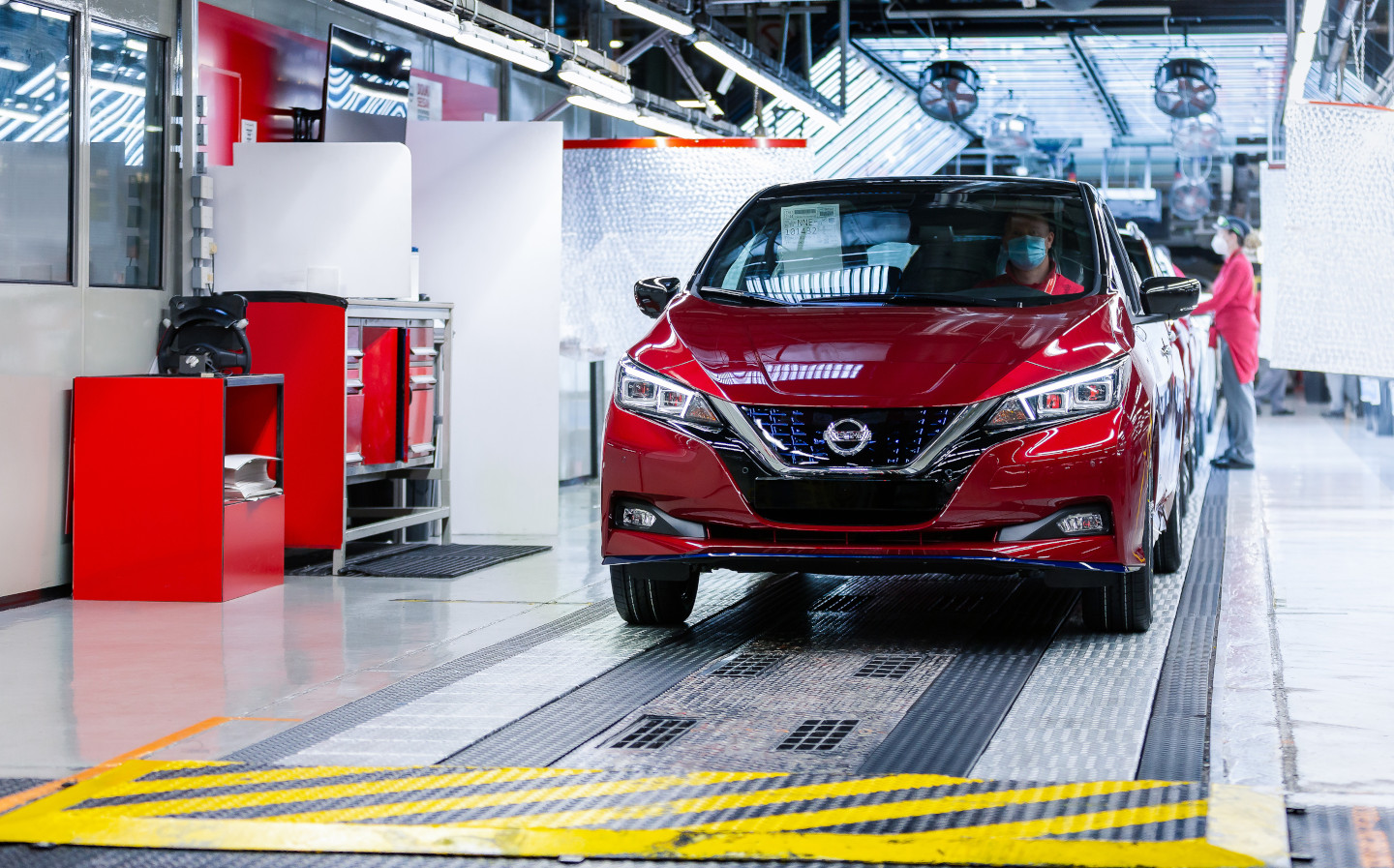 JAPANESE car maker Nissan is celebrating the production of half a million Leaf pure-electric hatchbacks, as the car industry marks World EV day.

The 500,000th Leaf came off the production line in Magnetic Red paint and is making its way to a customer in Norway. It was produced at Nissan’s plant in Sunderland, where 175,000 of the electric cars have been manufactured since 2013.

The Leaf has been around for a decade now, winning several accolades during its tenure on the world’s roads, including World Car of the Year 2011, as well as Car of the Year in Europe and Japan in the same year. Until earlier this year it was the bestselling electric car ever, before being surpassed by the Tesla Model 3, which sold 300,000 units in 2019 alone.

According to Nissan, Leaf owners have driven 14.8bn “clear air kilometres” (9.2bn zero emission miles) since 2010, in the process preventing 2.4bn kg of carbon emissions from entering the atmosphere from exhausts.

The Sunderland plant that produced the 500,000th Leaf has had a tumultuous time of late, being spared from closure as part of streamlining plans earlier this year. However, Nissan Boss Ashwani Gupta said that the factory, the UK’s biggest car making plant, could still be in jeopardy due to the possibility of a no-deal Brexit.

The current version of the Leaf comes with two range options: the standard 40kWh battery, designed for city driving, comes with an estimated 168-mile range, whereas the e+, with a 62kWh battery designed for a longer commute, is rated at 239 miles on a single charge. The basic Acenta spec starts at £26,485.

Although competition to the Leaf was comparatively scarce 10 years ago, the Leaf now acts as the veteran in a rapidly expanding sector of the EV market. Hatchbacks such as the VW ID.3, the Mini Electric and the Peugeot e-208 all vie for the same customers, but now in its second generation, the Leaf can claimed to be a tried and tested family favourite.

Nissan introduced another electric car to its line-up earlier this year in the form of the Ariya, a pure-electric SUV with a claimed range of 310 miles. Nissan previously said that it wanted an eight-strong lineup of electric cars by 2022.

Nissan’s head of electric passenger cars, Helen Perry, said that the company believes people want to make a positive environmental change in their driving habits after seeing air pollution drop over the course of the coronavirus lockdown.

She said: “Consumers have seen what cleaner air and reduced noise pollution feel like during lockdowns,” said Perry. “Now more than ever, they’re looking to take positive steps towards a more sustainable future and the Nissan Leaf contributes to this effort.”