LIKE THE rest of us, the team at Bloodhound LSR will be #stayinglocal right now, as the UK’s Covid-19 lockdown continues, which means the project is running out of time to gather the sponsorship and make the engineering upgrades required for a run at the 763mph world land speed record.

But activity on Bloodhound’s social media channels continues, and potential backers and fans alike will be fascinated by the latest video to be published: a drag race that shows the relative acceleration of Bloodhound (in high speed testing trim), a family hatchback, a Bugatti Chiron hypercar and an a Formula One single seater.

The video is a simulation, rather than a genuine real-world battle between the four machines, though the engineers at Bloodhound, who managed to create a car that has already achieved 628mph on land (even before the rocket engine has been installed), were as painstaking as possible in calculating the differences in performance.

The YouTube description reads: “For fun we crunched the numbers and pitted them side by side on the desert.

“The speeds are the most accurate we could find and no, they don’t account for traction, tyres, etc, but you get the idea… Imagine how she’s going to run when we add the monopropellant rocket!”

As the video shows, Bloodhound is initially left behind by the F1 car and Chiron, with the former sprinting ahead initially — though with nearly 1,500bhp and four-wheel drive, the hypercar manages to compensate for the F1 car’s major weight advantage surprisingly well, before eventually taking the lead.

However, once the Bloodhound’s jet engine gets going it soon catches both cars and powers ahead. While the family car, F1 car and Chiron max out at 110mph, 203mph and 248mph respectively, the Bloodhound LSR keeps on trucking to its “V-max” speed of 628mph, which it reaches in around 50 seconds.

The Bloodhound LSR project, having been saved from bankruptcy by a private buyer in December 2018, hit its 628mph speed during high speed testing in South Africa last November. But in an exclusive interview with Driving.co.uk shortly afterwards, the project’s new owner confirmed that without new sponsors footing the bill for the development work and other associated costs, there’s “every chance” the team would not be returning to Hakskeen Pan.

“I’ve done what I’ve said I would do,” Ian Warhurst told us. “I had a pot of money that I said I’d spend. To be fair, we’re actually under budget at the minute, so it’s not cost as much as we thought it would do, which is good. That means there is a bit more in the pot still, to last a bit longer.

“But the money that I’m putting in won’t get us a land speed record. We always knew that and I’ve not changed my stance, not because I don’t want to but more because I don’t think I need to.”

At the start of March, the team announced it has to secure sufficient funding commitments by the end of the month, “in order to meet the financing requirements sufficient to re-form the team of aerospace and motor sport experts and complete development of the land speed record specification car.”

This work included fitting the monopropellant rocket, electric oxidiser pump (replacing the 550bhp internal combustion unit), fuel system upgrades, braking mechanisms and winglets on the tail fin. Without this work, the car cannot reach target speeds of 800mph or above; enough to break the record. The car has been designed to withstand 1,000mph, but further engineering work would be required after the 800mph run in order to do so.

Warhurst said: “The clock is ticking to raise the necessary investment to re-group the team and crack on with the rocket program and other car upgrades in time to hit our 2021 deadlines. If we miss our cool weather window in July and August, temperatures in the Kalahari will make running a rocket untenable next year.”

He added: “The project remains dormant while we try to secure the funding but at a cost of tens of thousands per month of overheads, and the threat that we miss the weather window next year, we cannot remain dormant for long. After all that this project has achieved in the past year to prove its viability, it would be devastating to end here when we are so close. We remain optimistic but really are running out of time.”

Since this statement, the world has been hit by the coronavirus crisis, making the chances of a world record attempt increasingly unlikely. 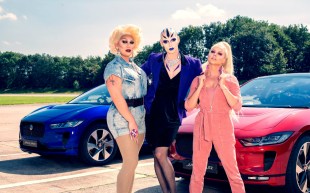