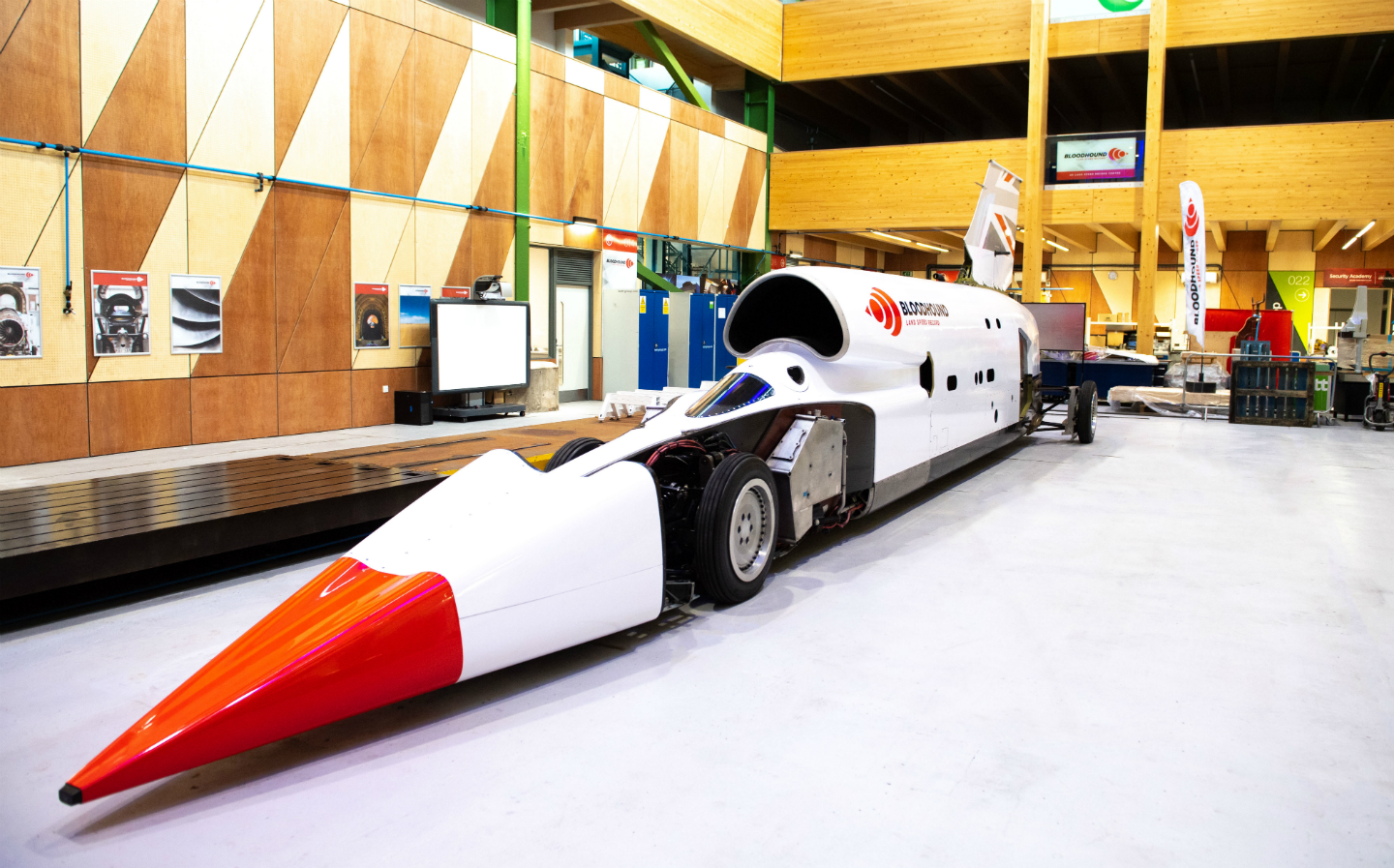 IN 1929, on Daytona Beach, Florida, Henry Segrave astonished the world by taking back the land speed record for the Brits from the Americans, hitting nearly 207mph in the famous Golden Arrow.

Nearly a century later, another British company, Bloodhound LSR, is aspiring to hit almost quadruple that in an effort to break the current land speed record of 763mph, set by ThrustSSC in 1997.

After financial difficulties and being rescued by a private investor at the end of 2018, the team successfully got its vehicle to 628mph in a test run, but now the project is once again in jeopardy.

The team needs to secure £8m in funding before the end of this month in order to reconvene the group of experts that have brought the project this far, to make progress on a rocket programme that would push the Bloodhound LSR’s staggering speed capability to around 800mph — and the world record.

In an interview with Driving.co.uk last year, the supersonic car’s pilot, Andy Green (who is attempting to break the land speed record he set himself) confirmed the record could not be achieved by jet power alone — the rocket is the crucial element that will enable speeds above 763mph.

The time pressure is caused by the weather on the Hakskeenpan, South Africa, the specially-prepared desert floor on which the team hopes to break the record. A window of cool weather in July and August is the only suitable time for the attempt to be made, as the rocket’s oxidiser can become volatile at temperatures above 50C. The Bloodhound gang (why haven’t they called themselves this?) experienced temperatures of 44C in October last year.

The rocket is a compact, zero-emissions design by Norwegian aerospace and defence company Nammo. It is powered by concentrated Hydrogen Peroxide — water with an extra oxygen molecule — which is pumped at high pressure through a catalyst, causing it to split into superhot steam and oxygen. This is then channelled through a nozzle at 2,000mph to create steam-powered thrust.

In an exclusive interview with Driving.co.uk last year, the CEO of Bloodhound LSR, Ian Warhurst, outlined the financial windfall that sponsoring such a project could bring.

“When you look at what you get for your money, it’s really good value,” he said. “You compare what a major sponsor would pay for one F1 season, they get one year’s worth of sponsorship, you can pay a similar amount and get the whole naming rights for Bloodhound, and that’ll last for 20/ 30 years. It’s not just a one year event.”

Warhurst is the man who brought Bloodhound back from the brink, after the project went into administration in 2018. He told us that he had put “well into seven figures so far” into the project, but could not afford to finance such a herculean project by himself.

This week he said that even the cost of supporting the project in its current, dormant form is tens of thousands of pounds a month.

In a press statement, Warhurst reiterated the potential for financial good fortune for companies willing to sponsor the project. He predicted that the return on investment for potential sponsors would be 18:1, based on media coverage of the project.

He asserted that once again, the project is teetering on the edge of collapse. “After all that this project has achieved in the past year to prove its viability, it would be devastating to end here when we are so close,” he said. “We remain optimistic but really are running out of time.”

Businesses wishing to sponsor the project can do so at https://www.bloodhoundlsr.com/partners-sponsors/

There will be no land speed record attempt without sponsors, says Bloodhound owner