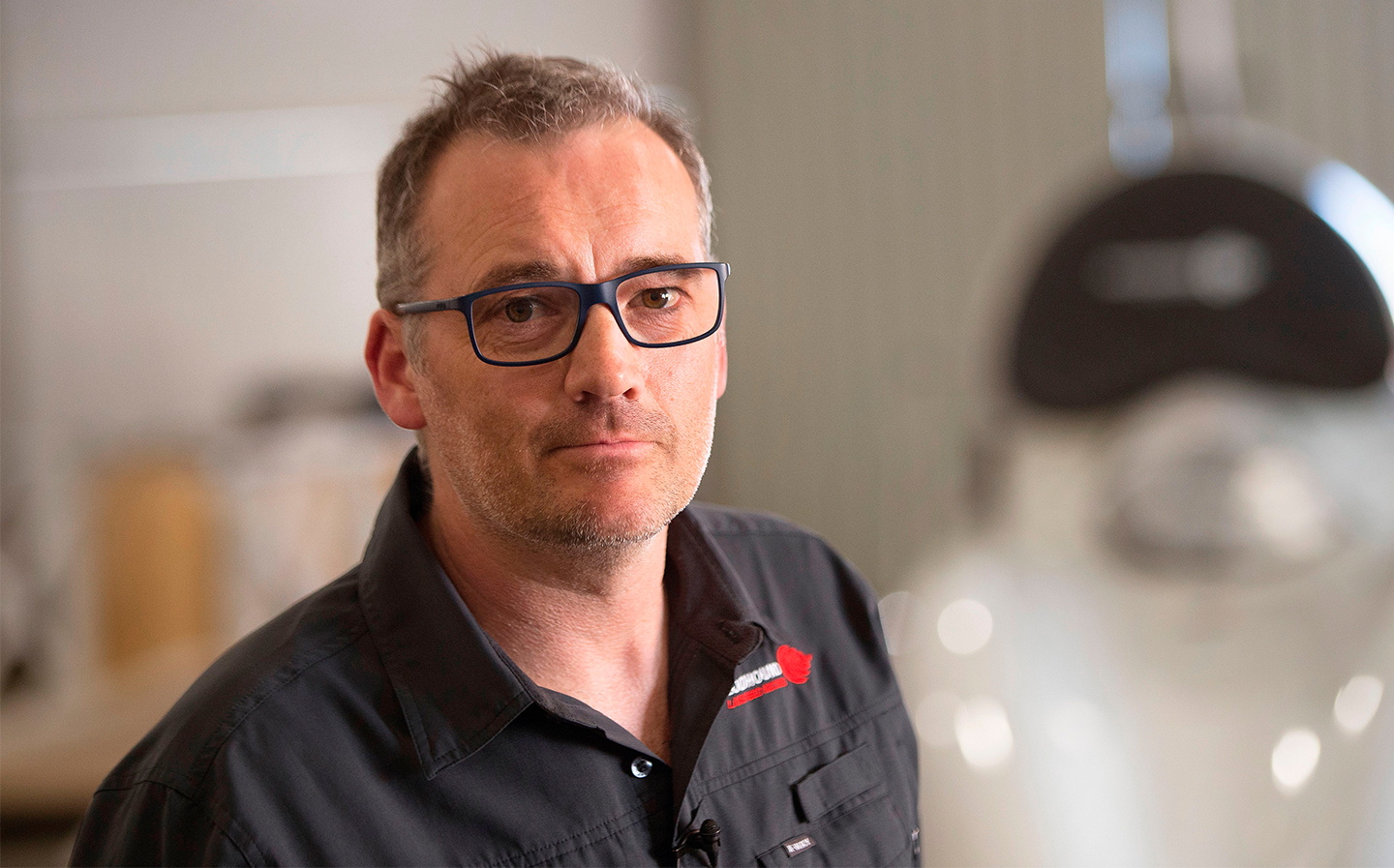 IT WAS one of the good news stories of the year: the Bloodhound LSR car, having been saved from bankruptcy by a private buyer, hitting 628mph during high speed testing in South Africa last month. It raised hopes again that Britain would finally break the world land speed record of 763mph, set by Thrust SSC in 1997.

But in an exclusive interview with Driving.co.uk, the project’s new owner confirmed that without new sponsors footing the bill for the development work and other associated costs, there’s “every chance” the team would not be returning to Hakskeen Pan.

“I’ve done what I’ve said I would do,” Ian Warhurst told us. “I had a pot of money that I said I’d spend. To be fair, we’re actually under budget at the minute, so it’s not cost as much as we thought it would do, which is good. That means there is a bit more in the pot still, to last a bit longer.

“But the money that I’m putting in won’t get us a land speed record. We always knew that and I’ve not changed my stance, not because I don’t want to but more because I don’t think I need to.”

Warhurst said that the high speed testing not only proved the car is capable of achieving the speeds necessary to beat Thrust SSC’s record, but that the attention it received was sufficient to attract major sponsors.

“It was a really high stakes business gamble, but by doing high speed testing, we’ve got the social media stats that the sponsors need to see.”

The high speed tests were the subject of a BBC documentary, which can be found on iPlayer. The team also garnered “massive” engagement on social media, said Warhurst, which he put down to Bloodhound LSR being the first major global record-breaking event since the inception of social media channels such as YouTube, Facebook, Instagram and Twitter.

“There hasn’t been anyone who’s climbed a new mountain; nobody’s done any record that’s never been done before. Baumgartner jumping out of a capsule from high altitude — that was something, I guess. But even Baumgartner was quite a few years ago, and social media is changing year on year. What we’re doing is new in the world of social media the way it is today.”

Warhurst added that the tone of the feedback through social media has been “massively positive”.

“We feel that we’re bringing a huge community along with us, and sponsors love that. If you want to get value for sponsorship, then you need that there.

“We’ve now got stats. We can sit in front of a sponsor and say, ‘There’s the data; that’s what you’re going to get for your sponsorship.’ And they can see the value of their return; they can activate it.”

Driving.co.uk spoke with Warhurst on November 28, at which point no sponsors had been signed, though he claimed he was in talks with “a lot of people”, including “the usual automotive” companies and “anybody that’s ever sponsored F1”, among others.

“When you look at what you get for your money, it’s really good value,” he said. “You compare what a major sponsor would pay for one F1 season, they get one year’s worth of sponsorship, you can pay a similar amount and get the whole naming rights for Bloodhound, and that’ll last for 20/ 30 years. It’s not just a one year event.”

He added: “I’m hopeful that we’ll get the sponsorship in place to do what we need to do.”

Today, a spokesperson told Driving.co.uk: “Numerous conversations are at advanced stages and [we have] every confidence of being able to announce things early in the New Year.”

Warhurst has ploughed his personal money into the project to date, saving the car from being torn apart by administrators and the Ministry of Defence, which owns the EJ200 jet engine and, of even more importance for national security, the electronic control unit. But he is clear that the record run cannot come out of his own pocket.

“I’ve spent well into seven figures so far to get us to where we are, and I think a figure going forward would be probably five to ten million pounds to get to the next phase of the project. That’s quite a big window, because we’re in the middle trying to work it out.”

Warhurst said the plan now is to spend the next few months getting sponsorship in place, which will allow design work to begin on a version of Bloodhound that can reach 800mph.

“The design work will start hopefully around about April or May, and that gives a really good 12 month window thing to get back out in the desert in July/ August the following year.”

The car that ran in November was powered solely by the jet engine but Warhurst confirmed that to break the record, the Nammo rocket engine will need to be fitted. However, the hybrid rocket that was intended for Bloodhound when the project was first developed is to be dumped in favour of a newer, more efficient type developed in conjunction with the European Space Agency.

In addition, a new rocket fuel pump powered by an electric motor will replace the Jaguar V8 engine that had been planned (which itself replaced a Formula One engine from the original designs).

“The V8 is so yesterday; old tech,” said Warhurst. “So we’re putting an electric motor in there to run the rocket. That technology wasn’t around back in 2009/ 10/ 11, when they designed the car originally, but it is now so we should be using that because it’s better; a more green thing, more relevant in the car. And also it’s safer from an HTP point of view, and it weighs less.”

Warhurst confirmed that this new spec of Bloodhound wouldn’t be capable of reaching 1,000mph, which is the maximum speed the car was designed to achieve, and the much-publicised original goal. To get to 1,000mph, further design changes would be required.

“Let’s break a land speed record first,” Warhurst said. “It’s a big step to get from 800mph to 1,000mph, for the forces, the loads involved, the amount of thrust you need.

“Depending on what we break the record by, that might make going faster irrelevant. It might be that Andy [Green, the driver, who also set the record in Thrust SSC] gets out of the car, throws the keys away and runs off into the desert and says, ‘I’m not driving that car ever again, it doesn’t matter how fast,’ and we go, ‘Oh, this isn’t safe.’

“Or it may well be we get the car back and say, ‘Let’s do it; what’s it going to cost?’ Our calculations then might tell us we’ve got to change the back end of the car, put a bigger rocket in it … that’s going to cost an extra £15m. And the sponsors might go, ‘No, I’m not interested.’ Or they may go, ‘Yeah, we’d love to do it. Here’s the money — crack on.’

“There’s so many unknowns in there, I’m not even thinking about it until we’ve got the record.”

Me and My Motor: Ron Ayers, the supersonic car designer behind Bloodhound SSC

Me and My Motor: Andy Green, OBE, on breaking the land speed record and his first car, a Mk1 Escort

The 3,500hp, six-wheeled Mercedes that could have taken the world land speed record in 1940