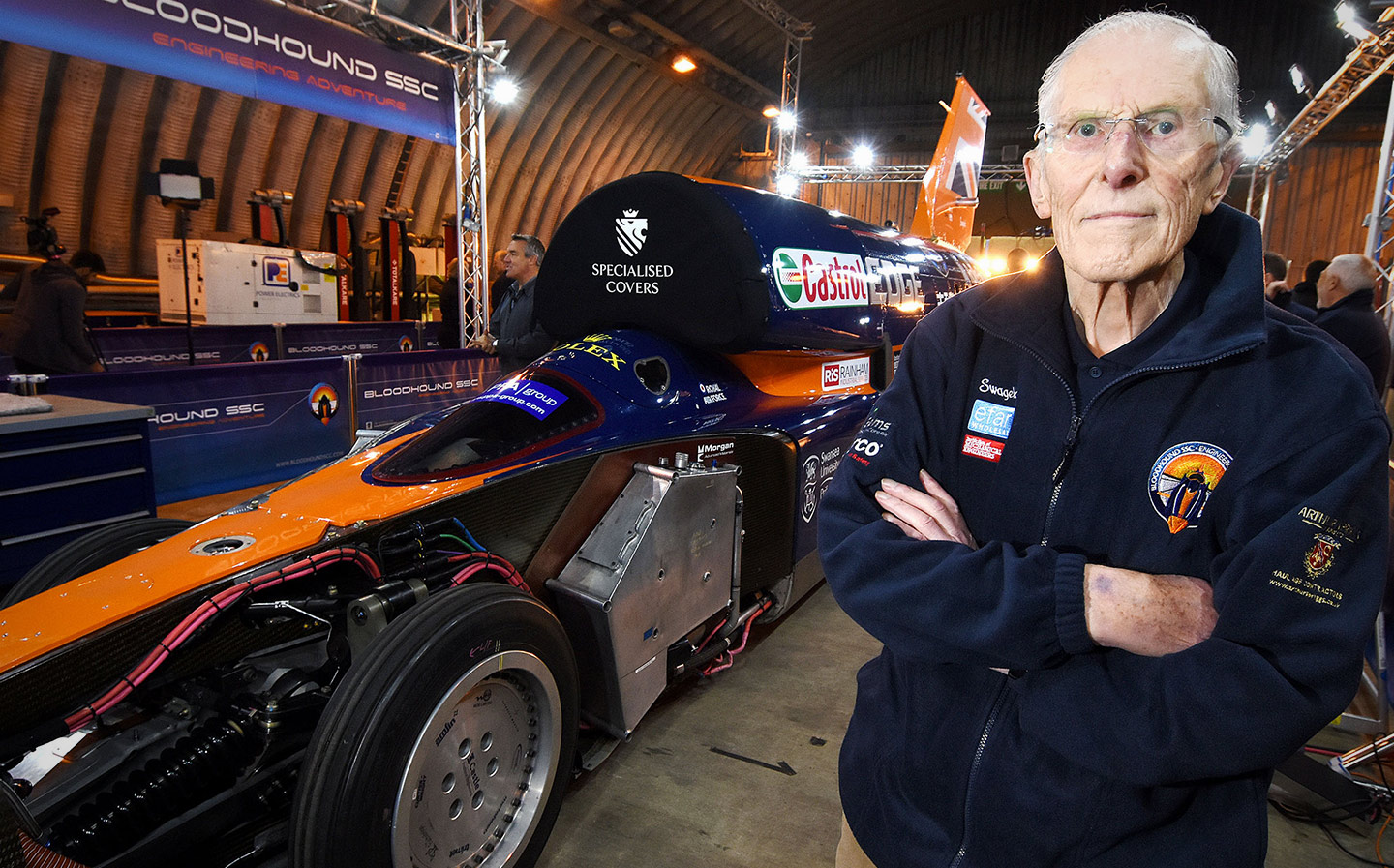 FOR A man who designs the world’s fastest cars, Ron Ayers has little interest in his own means of transport. This, it transpires, is because they’re too slow. “A car won’t really grab my attention unless it can reach Mach 1,” the 85-year-old aerodynamics genius says. “Quite honestly, I’ve completely forgotten some of the cars I’ve owned.”

Ayers has shaped Bloodhound, the orange and blue projectile that idled to 200mph in a warm-up test at Newquay airport, Cornwall, in October and is intended to push the world land speed record above 1,000mph.

The car, powered by a jet engine and a rocket, is named in honour of Ayers, who designed the surface-to-air missile of that name in the 1950s. After retiring, he designed the Thrust SSC car in which Andy Green pierced the sound barrier in 1997, setting the current land speed record of 763mph, and the JCB Dieselmax that — also driven by Green — set the world diesel-powered record of 350mph in 2006.

But Ayers’s own wheels are attached to a sorry-looking VW Golf that has been in the wars since it was new, nine years and 80,000 miles ago. “It’s blueish or greenish and I think it’s a 1.6,” he says. “I shall run it into the ground, as I have done most of my cars.”

Ayers was born into an engineering family and as a youth was enthralled by the Spitfires and Hurricanes that filled the London skies. “Not bright enough for university”, he was apprenticed to the aircraft manufacturer Handley Page in 1950 and worked on the Victor bomber prototype. As an 18-year-old he bought his first car, a prewar MG TB Midget.

Something of a prodigy, he won a scholarship to the College of Aeronautics at Cranfield, Bedfordshire, in 1954, and with his parents’ help was able to upgrade to a more modern Morris Minor, which had the advantage of a roof.

After Cranfield, Ayers joined the guided weapons division of the Bristol Aeroplane Company and swapped the Morris for an MG MGA, cream with red upholstery — “a bit of a cad’s car, but it suited me as a commuter. I was never a sporty driver, but driving could still be a joyful experience in those days — now it’s a chore.”

After five years he upgraded to an MGB — “a brand new design with wind-up windows as standard. Quite advanced, really.” In his 11 years at Bristol he rose to be chief aerodynamicist, but left to take over the family business, making printing equipment.

“I got my first company car, a Rover 2000, in 1967,” he says. “I needed a family car — I got married in 1968 — but the Rover was destroyed when I parked it by the Thames in Twickenham and the tide came up and inundated it. So they gave me a Renault, I can’t remember the type and it didn’t last very long.”

More Renaults followed until he retired in 1990, keeping his company car until it would go no more. Then he bought a Renault Mégane. “The Mégane died with well over 100,000 miles on the clock and in 2009 I bought the Golf, and I’ll be very annoyed if it doesn’t go on longer than I do.”

He has never driven the Thrust SSC, Dieselmax or Bloodhound. “They’ve been intellectual and engineering challenges I’ve not been able to resist,” he says. “It’s been totally engrossing, and not a little exhausting, working on problems such as how to prevent the sonic shock wave destroying the desert surface and [handling] the tons of drag on the car. Not something you have to worry about with the Golf.”

Ron Ayers: My life in cars