JAGUAR has helped give a whole new meaning to the term “drag racing”, thanks to its support of a new fundraising initiative that will raise at least £20,000 for LGBTQ+ charities.

In partnership with Attitude, the British gay lifestyle magazine, Jaguar has created a three-part online video series in which four drag queens go head-to-head against each other behind the wheel of pure-electric Jaguar I-Pace road cars, in a quarter-mile “Jag Race”.

Fans of the RuPaul’s Drag Race TV show will likely be familiar with some of the Jag Race drivers, as many of those taking part have also appeared on the popular programme. Drag stars Courtney Act and Peppermint have each appeared on the show in the USA, and Liverpudlian performer The Vivienne is one of the confirmed acts for the UK version of the show, which airs from tomorrow (October 3) on BBC Three.

Although a newcomer to the programme, Miss Tess Tickle made her name in the drag queen community through efforts such as Virgin’s Pride Flight in June 2019, which was chartered to mark the 50th anniversary of the Stonewall riots in the USA that were a precursor to the gay liberation movement.

While the first webisode suggests the Jag Races won’t be the epitome of professionally-organised competition, there are serious motives behind the new show. Each of the drag queens will be representing one of the four LGBTQ+ charities, with their results deciding how much the causes get from the £20,000 prize money being provided by Jaguar.

The car maker says the drag queen who crosses the line first in the Grand Final (which is due to air online on October 7, 2019) will win a prize sum of £10,000 for their chosen charity, with the runner-up earning £6,000 for their cause. Jaguar says the remaining £4,000 will be shared equally between the two other contestants’s charities.

Members of the public can also have a go at contributing to the fundraising efforts, by donating to the Jag Race mini-series’ GoFundMe page. The organisers hope to raise £5,000, the proceeds of which will be distributed evenly between the four chosen charities, according to Jaguar.

Darren Styles, managing director of Stream Publishing, which publishes Attitude magazine, told Driving.co.uk the collaboration with Jaguar is a huge boost for changing perceptions about the LGBTQ+ community.

He said: “When a brand like Jaguar, with a global platform and a stellar profile, comes out in visible support of the LGBTQ community it moves the dial, not just in terms of the perception of the brand as modern, forward-thinking and socially-engaged partner, but among the wider public-at-large. It’s another day closer to the ‘normalising’ of LGBTQ people in the eyes, hearts and minds of the mainstream who might otherwise see such things as alien.

“The car industry has a stereotypically masculine image so I applaud Jaguar’s brave and bold decision to  modernise its outlook.”

Jaguar will help promote the Jag Race web series in the USA — a country Styles describes as having “some local difficulties” in certain states when it comes to LGBTQ+ rights.

While the Jag Race web show is the latest project Jaguar has worked on with Attitude magazine, the web series goes far beyond being a branding partnership exercise.

A spokesperson for Jaguar UK told Driving.co.uk the goal of the three-part series is “really around equality, and changing beliefs and behaviours for the better”, adding that it already has internal policies in place to help employees who are transitioning, and ensures issues that affect LGBTQ+ and other minority workers are raised at a senior level. 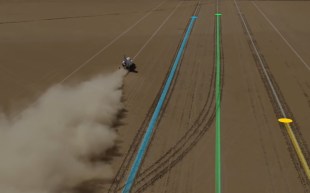