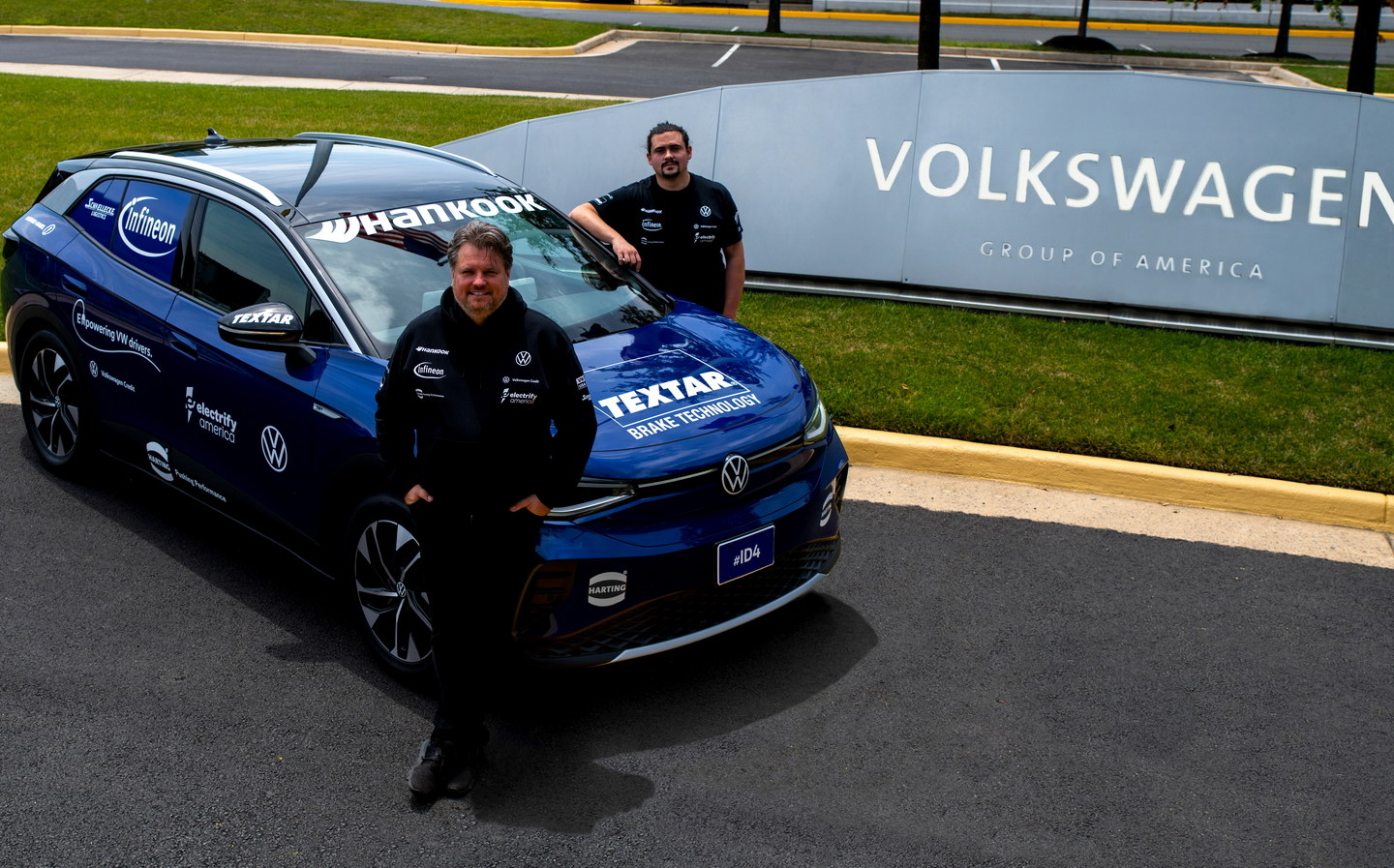 A VOLKSWAGEN ID.4 has broken the world record for the “longest continuous journey by an electric vehicle (non-solar) in a single country”, with a trip around America totalling 35,770 miles.

That mileage was enough for the Guinness Book of World Records to recognise the trip under that official title, though it also beats the outright record for “longest continuous journey by an electric vehicle (non-solar)” by over 15,000 miles. 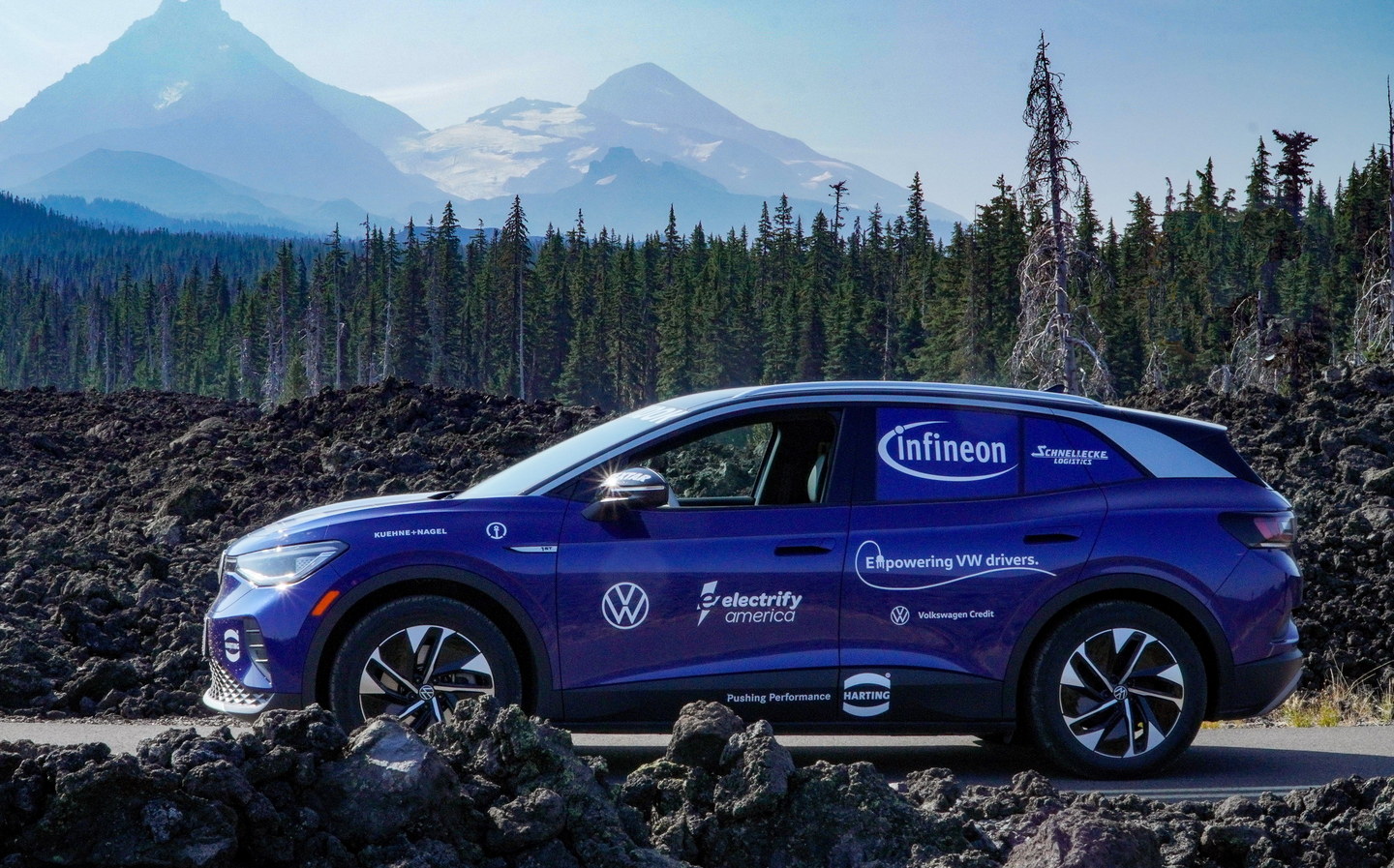 The two drivers, Rainer Zietlow and photographer Derek Collins, set off from Volkswagen’s US headquarters in Herndon, Virginia to visit more than 600 Volkswagen dealerships around the United States.

The 97-day trip took the pair to all 48 of the contiguous states — that’s excluding Alaska and Hawaii— recharging their battery using the Volkswagen-owned Electrify America charging network.

On the journey, the ID.4 passed a vast range of landscapes including the Rocky Mountains, swamps of Florida, deserts of New Mexico, rainforests of the Pacific North West and areas of Oregon that had been ravaged by wildfires.

The ID.4 used by the team was unmodified, using the same 77kWh battery pack and dual-motor set-up as a standard car, and with a range of around 250 miles. 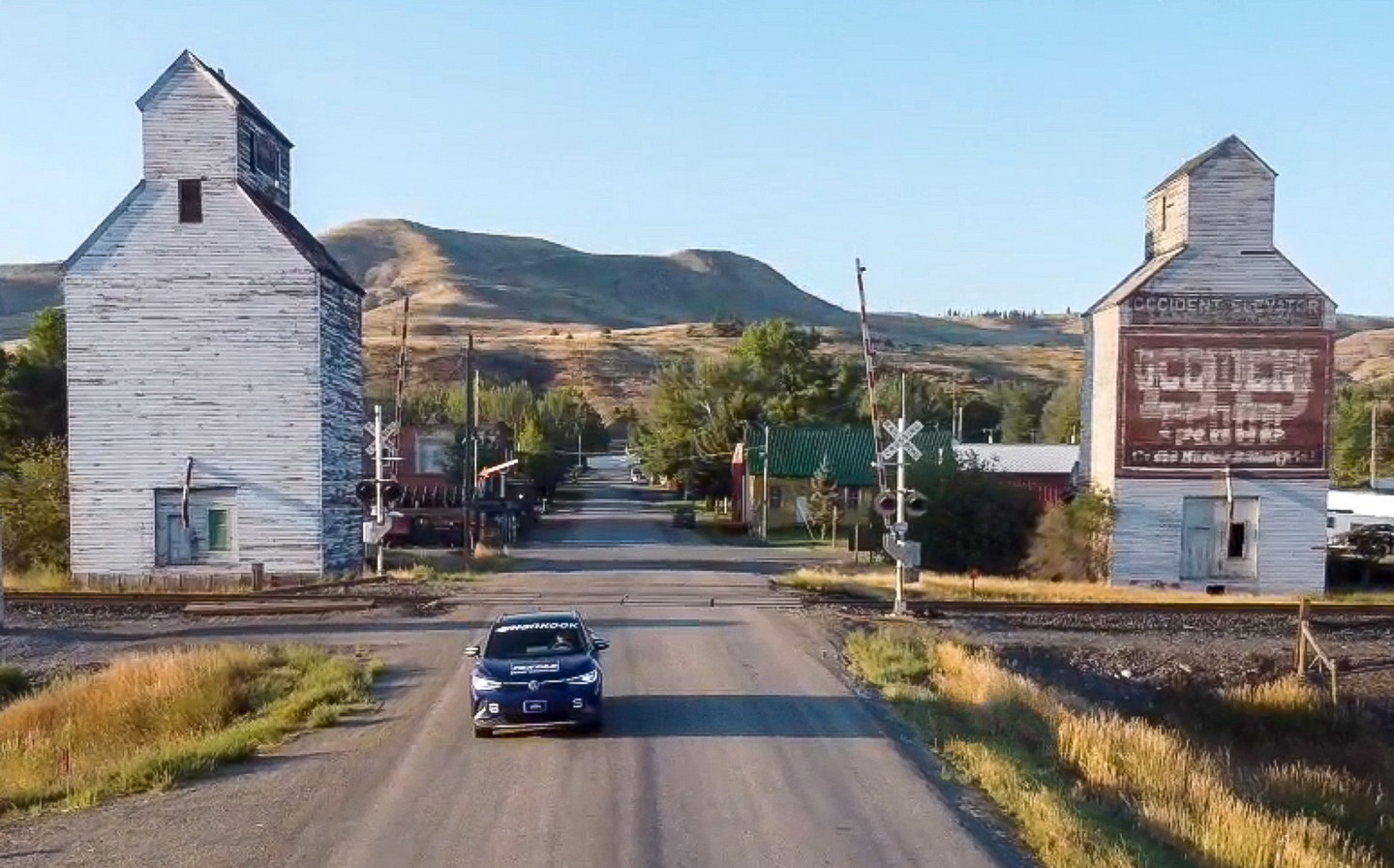 Having stopped at a total of 628 dealers across America and having reached all four corners of the United States, Zietlow and Collins arrived back where they started in Virginia after almost 100 days on the road, beating the 15,840-mile one-country record set in 2019 in Romania using a Renault Zoe.

Though only awarded the one-country record, their journey was also longer than the 18,643-mile electric vehicle record set solely in the United States, using a Tesla Model 3 in 2018. 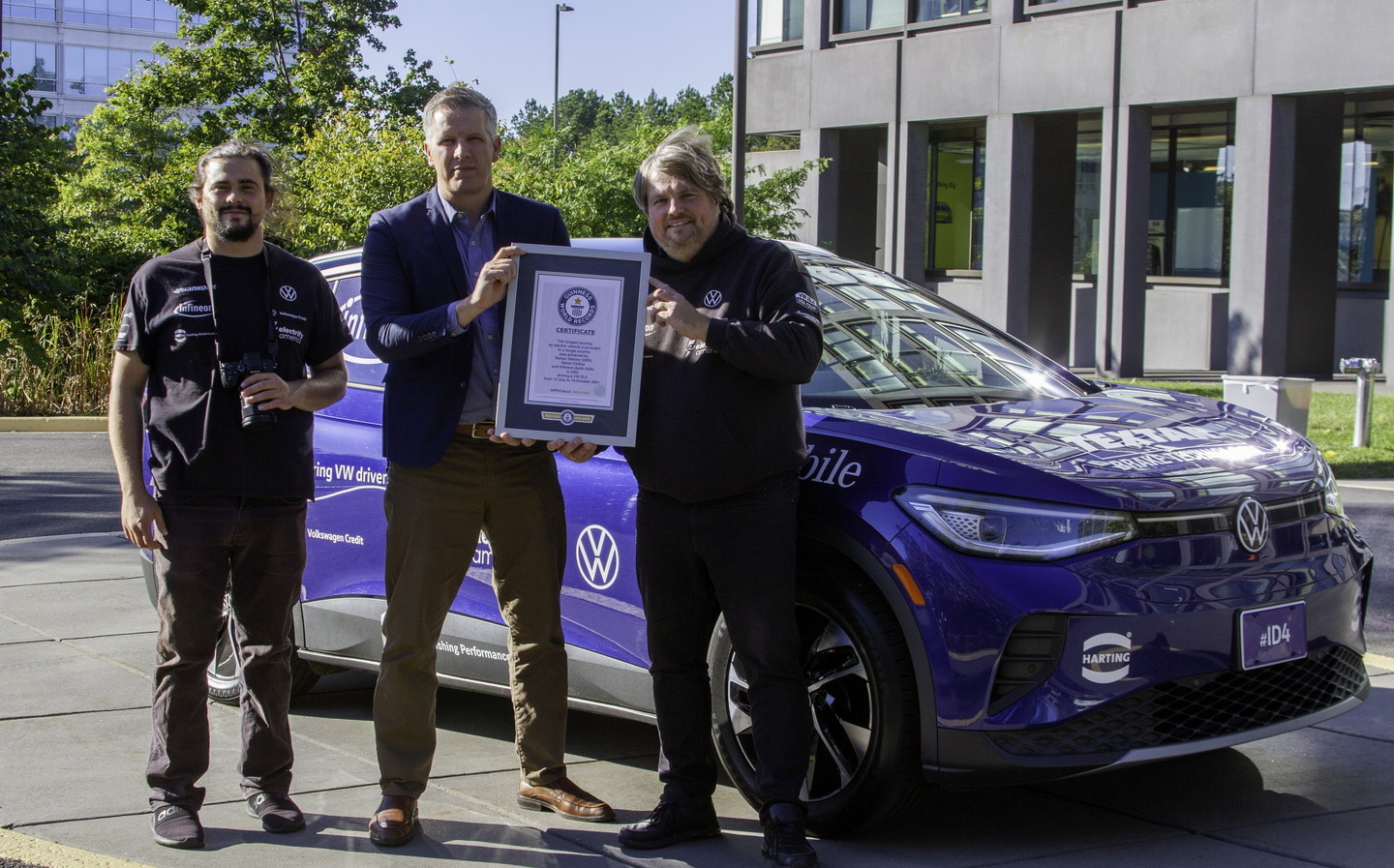 This isn’t the first record-breaking journey for Zietlow. The German driver has had an association with Volkswagen for many years and has made a number of journeys that have seen him enter the record books. He took a Volkswagen Touareg off-roader to an altitude record in the Andes Mountains of Chile in 2005 and in 2007 he completed the first natural gas-powered circumnavigation of the globe as part of a team using a specially converted Volkswagen Caddy van.

There have been other records set by Zietlow too, driving Volkswagens from Melbourne, Australia to St Petersburg, Russia, and from the Nordkapp of Norway to the southern tip of Africa.

Zietlow said: “It was great being able to share my experiences with the ID.4 with so many different people, including dealership staff, along the way. Breaking the record is not only a testament to the reliability of the ID.4, but also to the actual readiness of the nation’s charging infrastructure.”