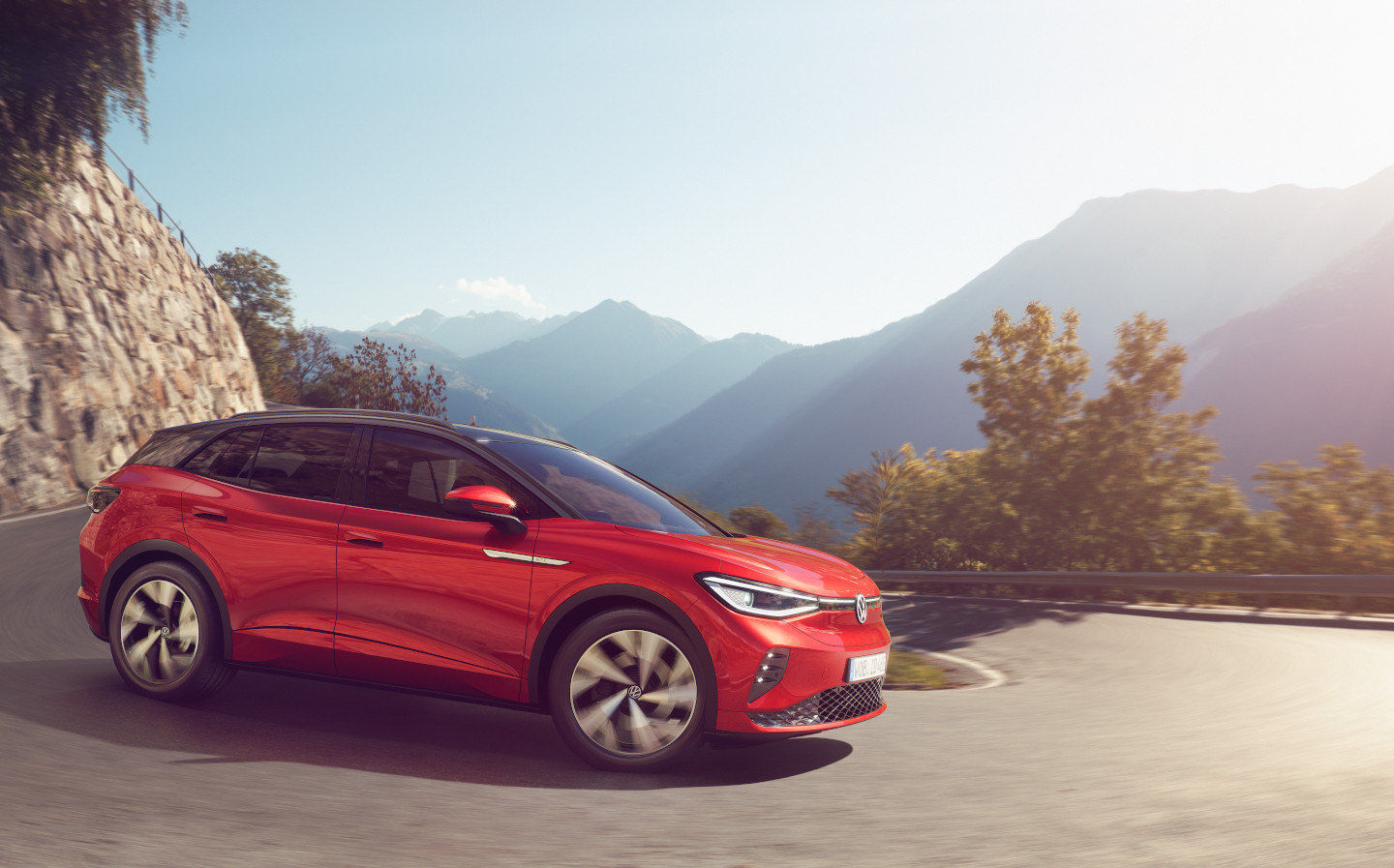 VOLKSWAGEN has revealed the ID.4 GTX, a hot version of its electric crossover that heralds a series of performance-focused electric models.

The GTX range follows other powertrain-specific performance badges to come from VW, after the GTI range for petrol models, GTD diesel range and the GTE range of hybrids.

Volkswagen’s choice of the ID.4 as its first electric performance mule is a strategic one — it is the car maker’s electric entry into the wildly popular compact SUV segment, and it expects to sell 100,000 units of the model this year alone. 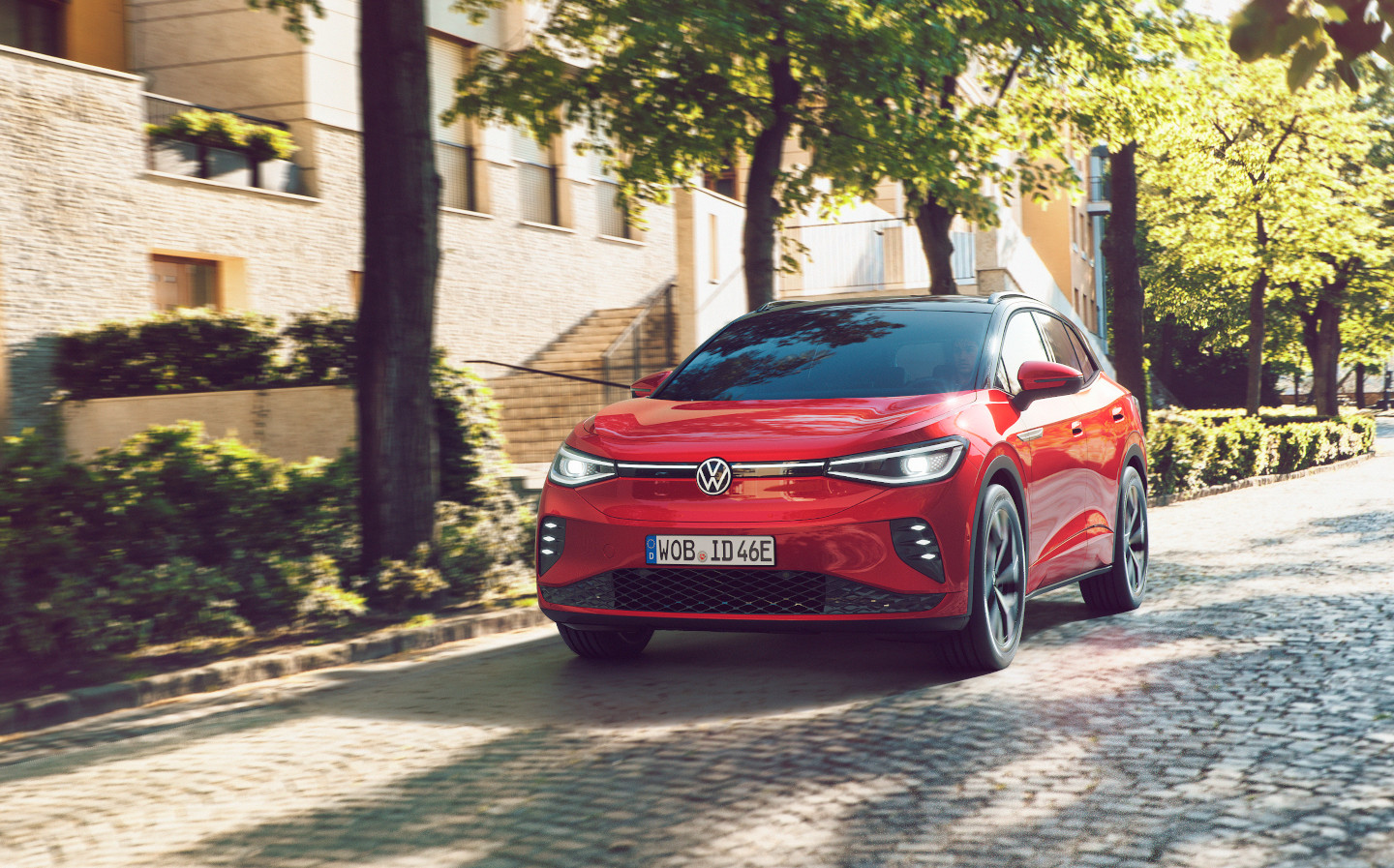 In terms of sales figures, therefore, the ID.4 is likely one of the VW Group’s most important assets in its aim to be the world’s leading EV supplier by 2025. Like other electric models made under the VW marque, the ID.4 is produced in a carbon-neutral manner at the company’s factory in Zwickau, Germany.

The GTX will be powered by an electric motor on each axle (making it four-wheel drive), which together produce a maximum of of 295bhp — the same as the Audi Q4 e-tron 50 quattro, with which it shares underpinnings, and roughly equivalent to a high-performance hot hatchback.

However, VW has neglected to reveal the weight of the GTX, meaning it isn’t possible to know how much heavy lifting the 295bhp is doing. Some important stats have been revealed, though, including a 0-60mph time of 6.2 seconds and an electronically-limited top speed of 111mph. 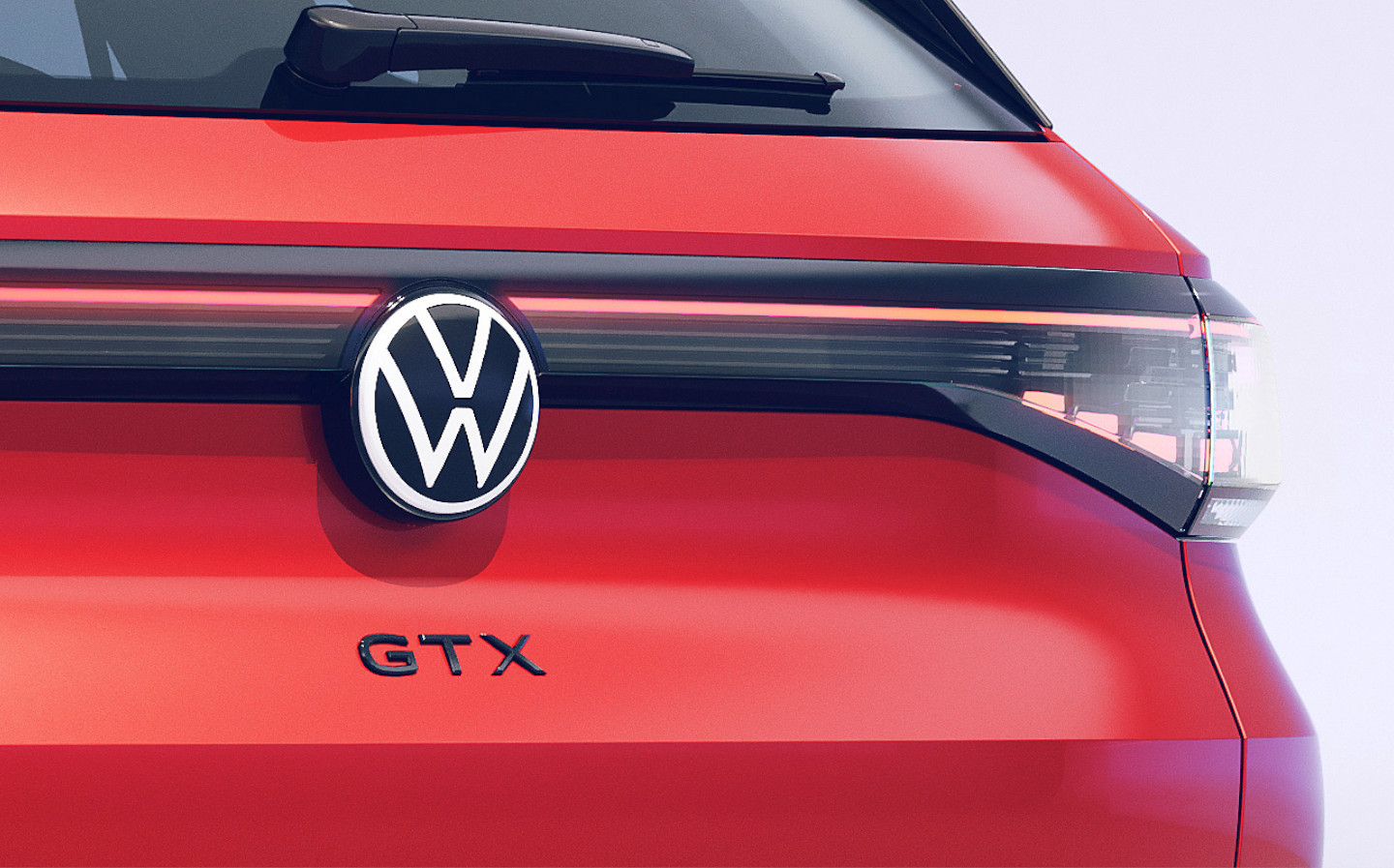 Although VW says that the two electric motors are “compact and lightweight”, there is likely to be a weight increase on the 2,124kg standard model.

The motors are powered by the same 77kWh battery used in the entry-level ID.4, which is located between the axles under the passenger compartment. This endows the car with a lower centre of gravity and balanced weight distribution, which are both beneficial for handling.

Unsurprisingly in the GTX a small slice of range is sacrificed for performance. Between 19.1kWh and 18.1kWh of battery is used per 62 miles of driving, compared to 17.3kWh in the VW ID.4 Life. That results in a range of 298 miles between charges, 25 miles less than the most economical version of the car. 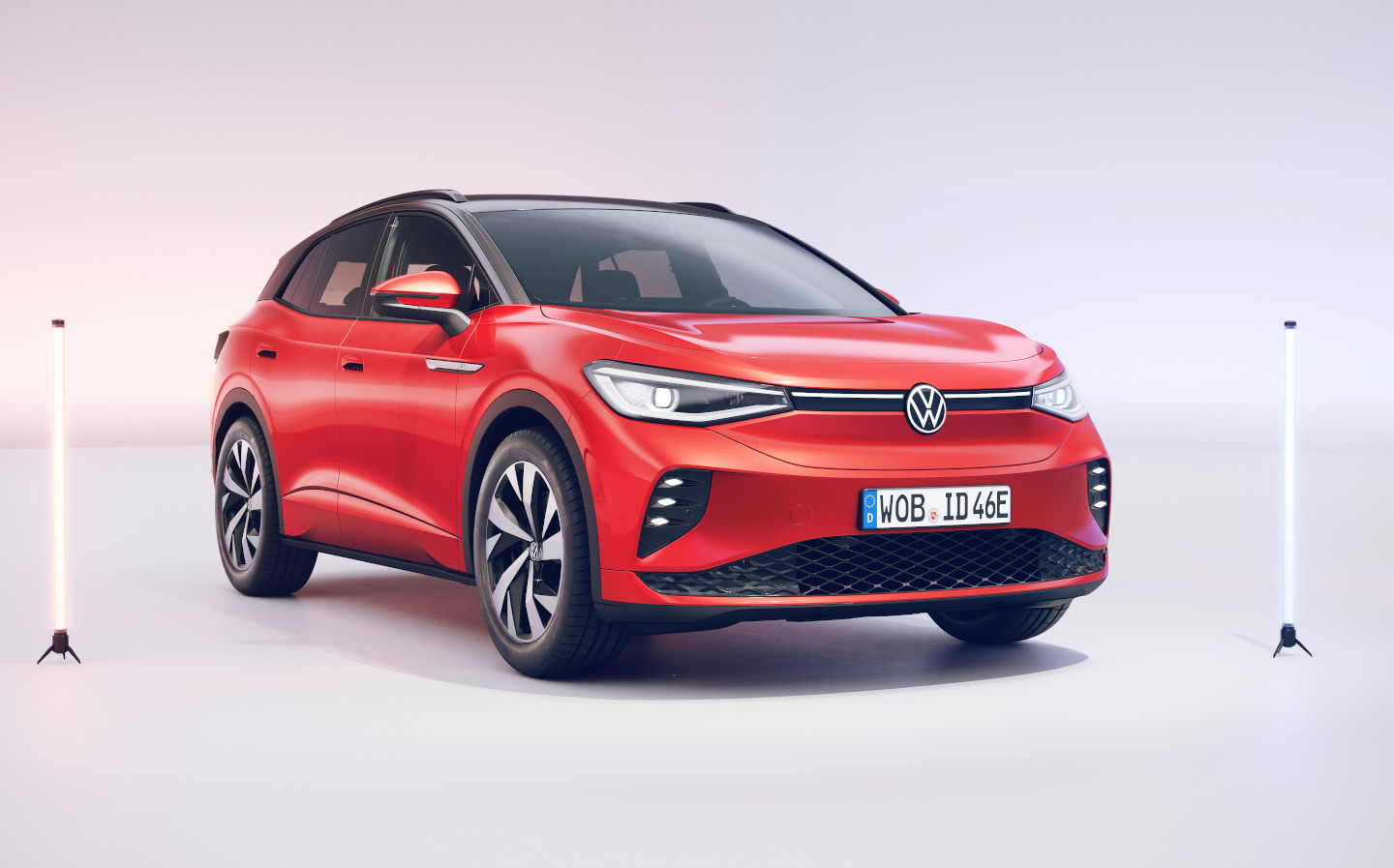 However, it is equipped with 125kW charging capability, allowing 186 miles of charge to be added to the battery in 30 minutes.

Exclusive exterior features include a bespoke light signature created by LED stacks in the outer intake grilles, LED matrix headlights as standard and 3D LED tail light clusters. The black accents on the standard ID.4 have also been swapped out for body-colour trims, for a more dominant paint signature. 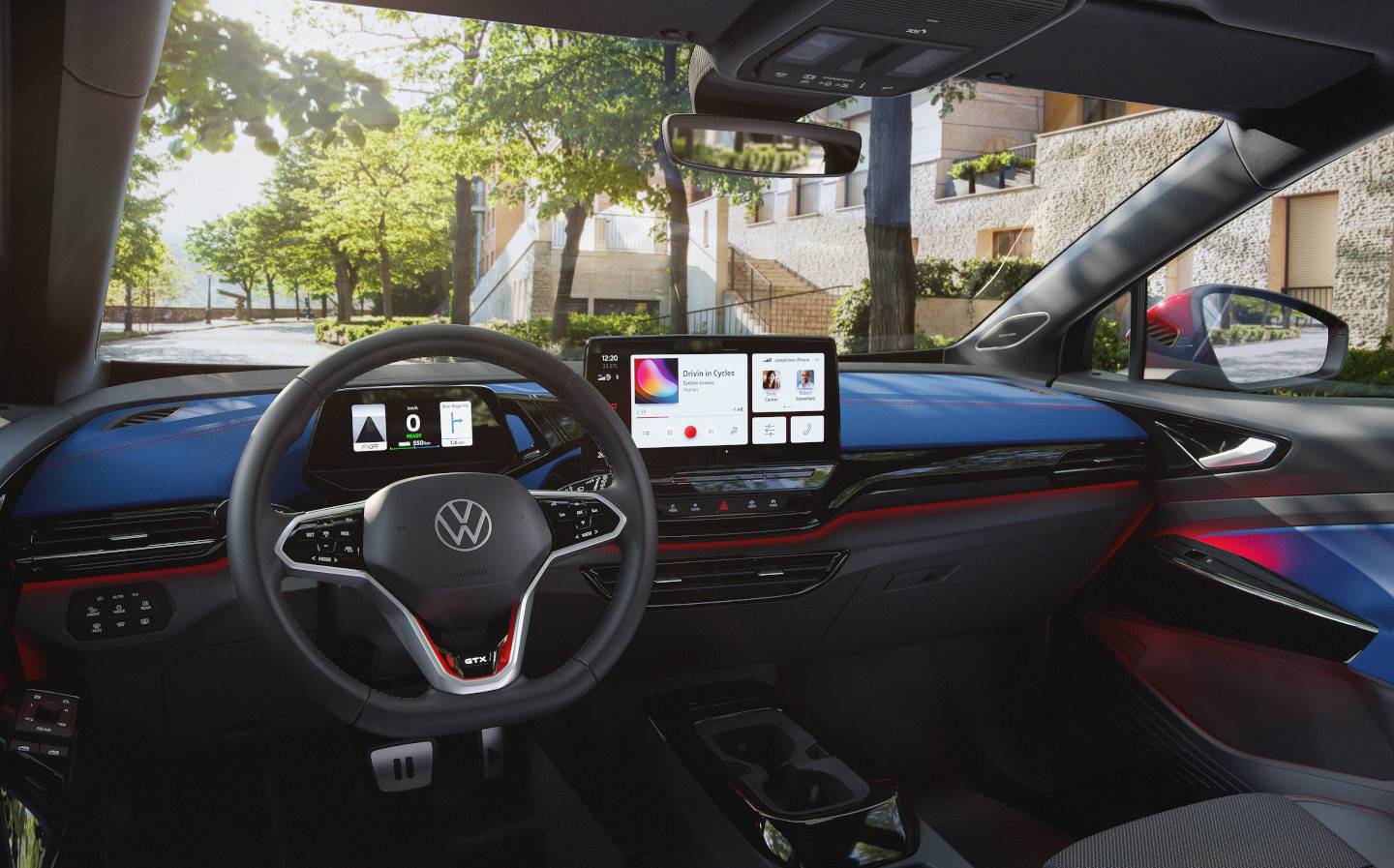 Inside the car, meanwhile, VW has included a number of accoutrements as standard, including background lighting with 30 colours and seats free of animal products — though a heated leather steering wheel is also included.