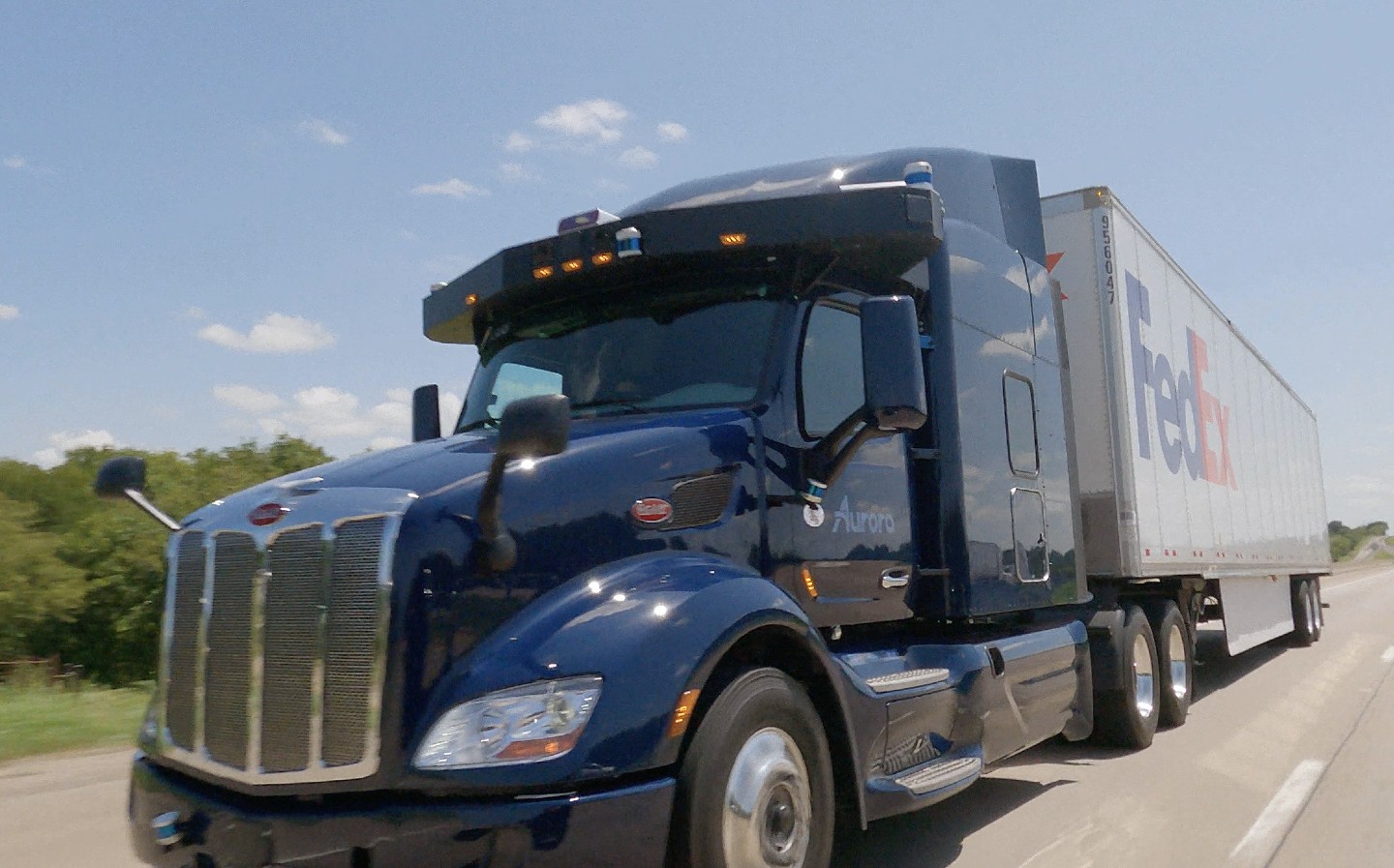 US PARCEL delivery firm FedEx is to begin testing a fleet of self-driving trucks on highways in the state of Texas in partnership with Aurora, an autonomous vehicle start-up.

The pilot programme will see autonomous trucks make the 500-mile roundtrip primarily along the I-45 highway between the cities of Dallas and Houston several times a week. Each lorry will have a supervisor on hand to monitor the road ahead — for the moment, at least.

A spokesperson for Aurora Innovations has said that “at the end of 2023 we will launch our trucking business and haul loads autonomously between terminals without a safety driver.”

Pennsylvania-based Aurora has partnered with Paccar — which manufactures Kenworth, Peterbilt, Leyland and Daf trucks — as well as Toyota and parts supplier Denso to develop its autonomous technology and is led by figures that formerly oversaw the self-driving programmes at Google and Tesla.

For FedEx, in the midst of a global driver shortage, which is also causing disruption in the UK, the prospect of driverless trucks moving freight between hubs, is a tantalising one.

According to Rebecca Yeung, FedEx’s vice-president of advanced technology and innovation: “This is an exciting, industry-first collaboration that will work toward enhancing the logistics industry through safer, more efficient transportation of goods.”

The I-45 route in Texas has in recent times also been the location for other self-driving truck trials. Earlier this year Waymo — the AV division of Google’s parent company Alphabet — partnered with logistics film J.B. Hunt to test Level 4 autonomous trucks on the I-45 between Houston and Fort Worth.

‘This is an exciting, industry-first collaboration that will work toward enhancing the logistics industry through safer, more efficient transportation of goods’

FedEx’s rival UPS has recently acquired a stake in technology firm TuSimple and already operates a freight network using autonomous trucks in Texas and the south-western United States with plans to greatly expand its network in the short to medium term future. Its trucks are all manned by both an engineer and a back-up driver.

Amazon, too, has struck a $500 million deal with Plus, a Californian AV technology firm, for 1,000 autonomous driving systems and has also invested heavily in Aurora. Amazon has been experimenting with AV technology since 2019. Its investments in the field are a clear sign of where it sees the future of logistics.

Nevertheless, Aurora’s assertion that it will operate its freight network with FedEx without safety drivers by 2023 is extremely unlikely. This would involve, just two years from now, allowing a 36-ton lorry to operate independently on crowded motorways in all weathers using technology that is still in the early stages of its development. There also currently exists no legal framework in the US for vehicles to operate autonomously without back-up drivers.

Many have also expressed concern that AV technology generally is being mostly tested in relatively sunny and dry climes like those in California, Arizona and Texas, meaning that it could be unprepared when it encounters inclement conditions like the freak snowstorms seen in Texas earlier this year.

Aurora’s partnership with FedEx and its claims about its intention to deploy totally autonomous trucks by 2023 come ahead of its initial public offering (IPO) on the stock exchange. The company is currently valued at $13 billion (£9.5 billion).