THEY’VE BEEN the stuff of science fiction for more than a century but the European boss of Hyundai believes flying cars will finally take off for real within eight years.

New advances in lightweight materials, electric motor efficiency and battery technology mean that “urban air mobility” will arrive “in the latter part of this decade”, according to Hyundai’s Michael Cole. 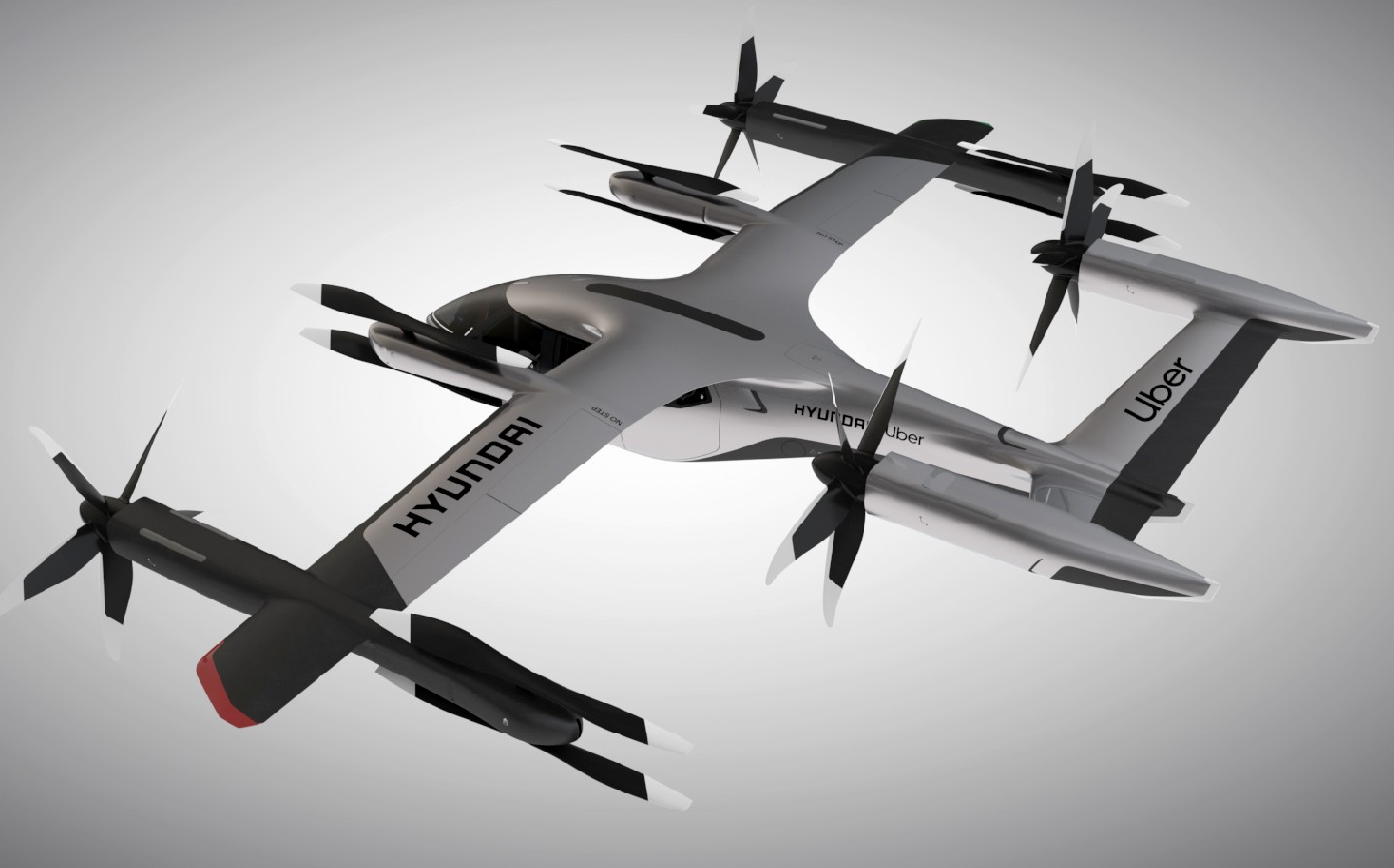 Hyundai has developed an electric vertical take-off and landing (eVTOL) vehicle, called the S-A1, in collaboration with Uber, the ride-hailing firm. The multi-rotor vehicle is around 1,500mm wide and 1,000mm long, and has space for four passengers plus a pilot, though Hyundai plans for the S-A1 to operate autonomously in the future. It is capable of travelling at speeds of up to 180mph and can cover up to 60 miles before its battery is depleted.

Uber is using its information about passenger journey lengths and pick-up/drop-off locations on the roads to help determine the most efficient locations for a number of “skyports” that will serves as hubs for the vehicles. A “pop-up airport” to be launched by Hyundai in November is planned for Coventry, as part of a month-long demonstration to mark its year as the UK’s City of Culture, according to The Times. 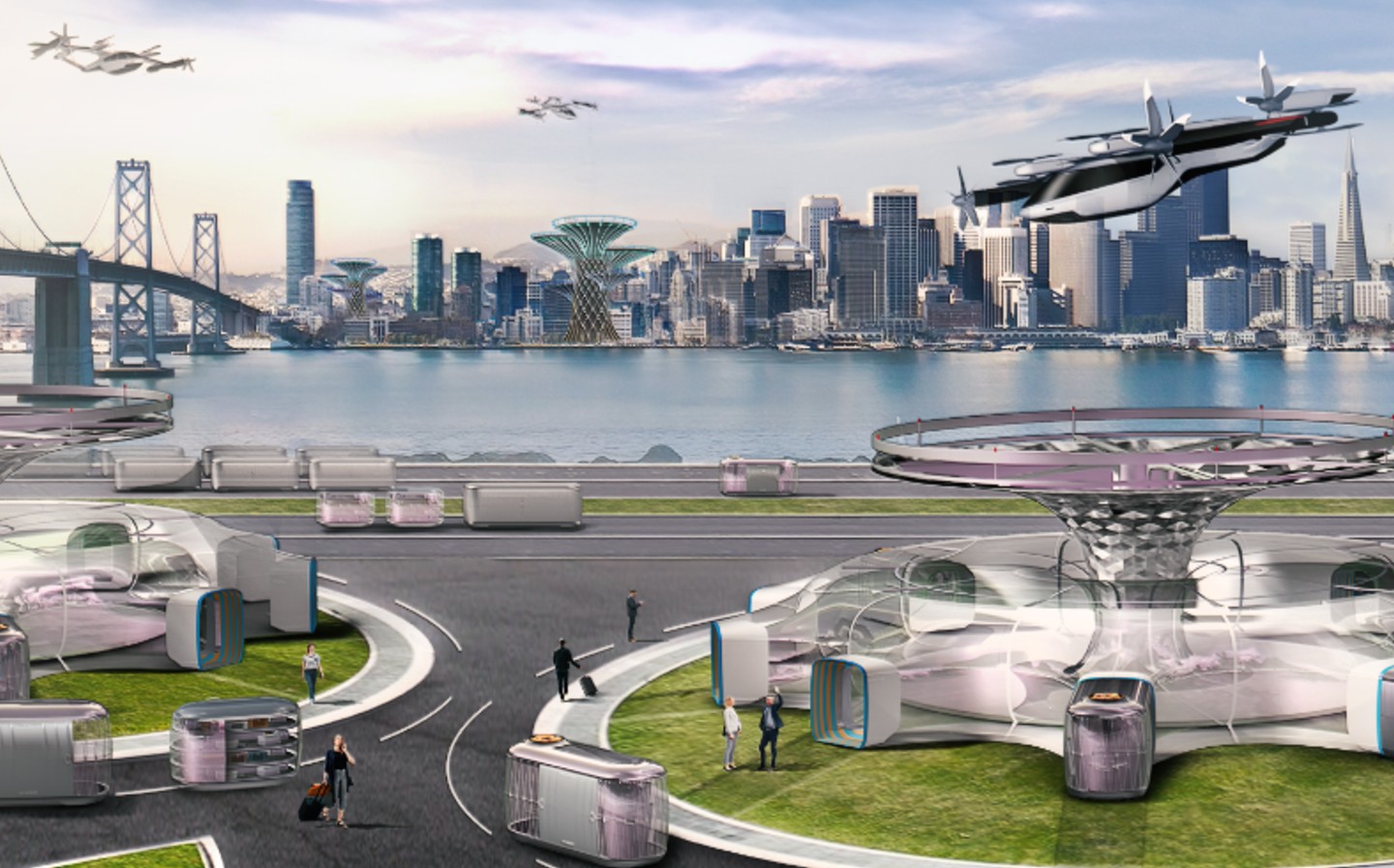 The ride-hailing firm is also able to introduce the technology that will allow customers to manage bookings of S-A1 flying taxis, and believes that by working with Hyundai they can introduce the scale required to keep trip costs down.

With the rapid development of quad-copter drones in recent years, Hyundai believes many people can see the potentially for scaled-up versions designed for human passengers. The eVTOLs are quieter, cheaper and more environmentally friendly than helicopters, allowing people to take short trips within urban areas or between cities.

Hyundai isn’t the only car company working on eVTOLs. Airbus is working with Italdesign, a subsidiary of Audi, on its own concept called the Pop.Up Next, and Toyota has filed a patent for a “dual-mode” car that can transition from a road-legal passenger car to a light aircraft with vertical take-off and landing capabilities.

Technology magnates are getting involved, too. Larry Page, the co-founder of Google, has invested in two eVTOL firms: Kitty Hawk, which is developing an autonomous flying taxi it calls the Cora, and Opener, a Canadian firm that is working on a single-seater commuter eVTOL called the BlackFly. 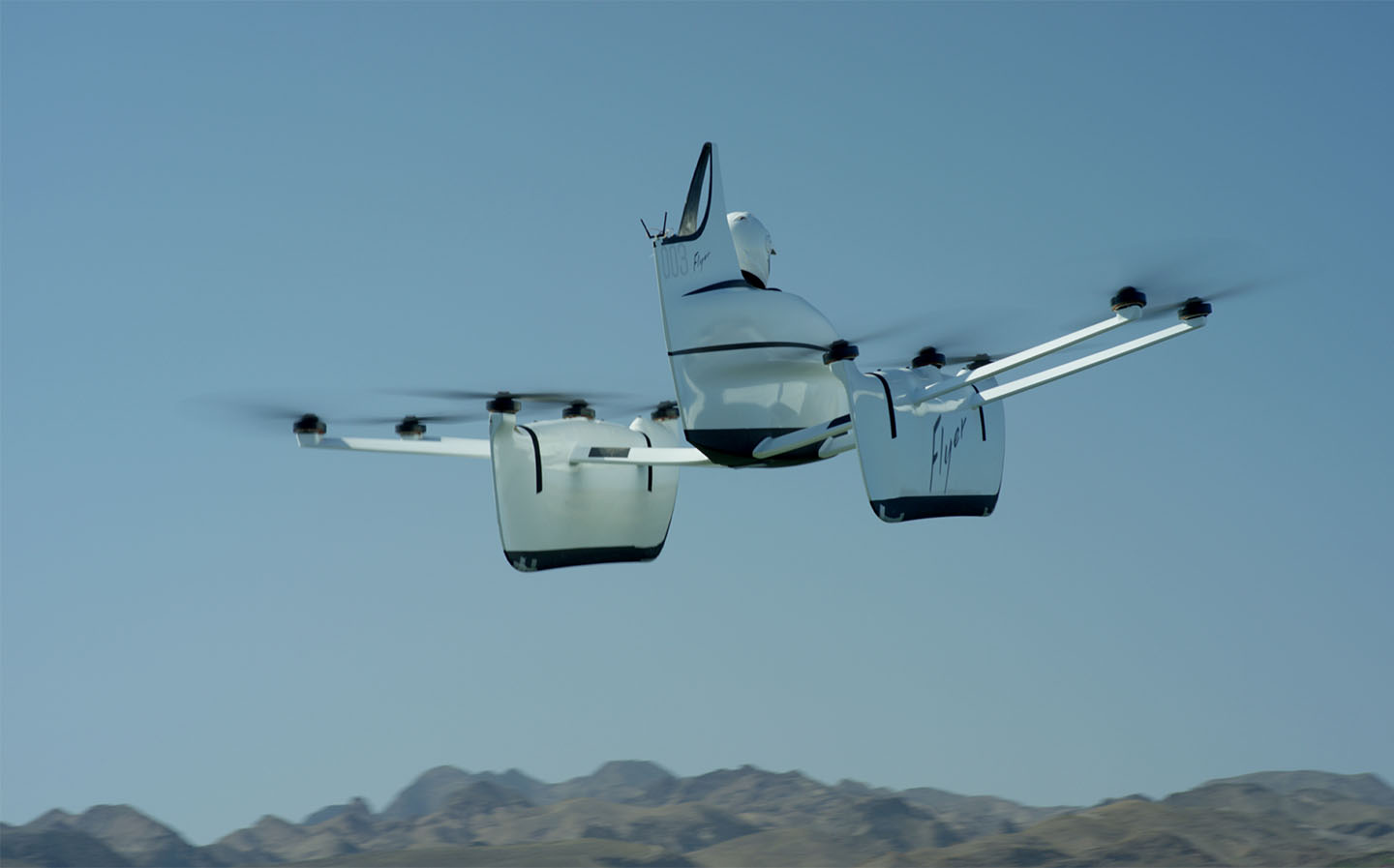 Virgin Atlantic has signed a deal that could see it buy 150 eVTOL vehicles from the UK technology company Vertical Aerospace. The airline is aiming  to use the machines to transport air passengers to Heathrow, Gatwick and Manchester airports from nearby towns and cities, where they can connect to conventional aeroplanes.

Meanwhile British entrepreneur Martin Warner has also announced an eVTOL company called Autonomous Flight, with a six-seater passenger vehicle called the YS6 Plus in the works.

Another company called Lilium is developing its own seven-seater eVTOL called simply the Lilium Jet, with known further competitors including PAL-V and Terrafugia.

The UK’s Civil Aviation Authority has yet to formally certify the technology to allow eVTOLs to be used commercially in UK airspace but developers are confident that authorisation will be given by 2024. Meanwhile the European Aviation Safety Agency (EASA) has created draft guidelines to ensure all small aircraft with vertical take-off and landing (VTOL) capabilities would be permitted to take to the skies across all member states of the European Union.

The flying car industry will be worth $1.5 trillion by 2040, according to consultancy firm Morgan Stanley.

Speaking at yesterday at a conference held by the Society of Motor Manufacturers and Traders, Hyundai’s Cole said: “If you’d asked me a few years ago were flying cars something that I would see in my lifetime, I wouldn’t have believed it, but it’s part of our future solution of offering innovative, smart mobility solutions.