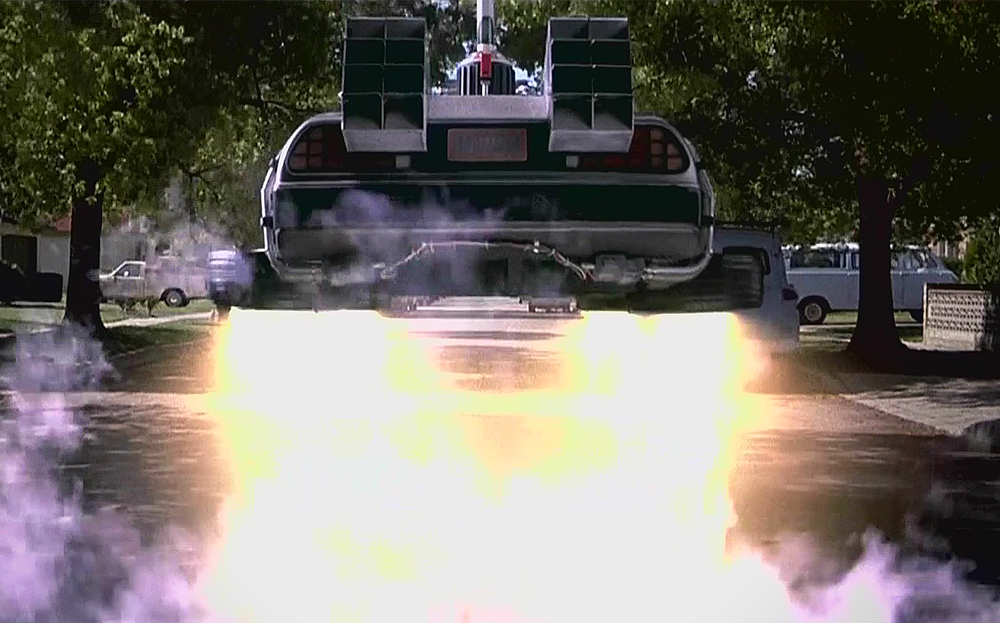 WELCOME TO 2015, a year in which we pay for goods and services by thumbprint identification, video-call the office and . . . fly cars, if the Back to the Future films are anything to go by.

Search for and buy your next car (probably non-flying) on driving.co.uk

Well, we’ve not quite taken to the air in flying DeLoreans yet, and it’s unlikely it will happen by October 21 this year – the date of the events in Back to the Future Part 2 – but flying cars have been built and flown.

It’s an idea that predates Doc Brown’s flying time machine by decades. In fact it seems to have come straight from the pages of the Eagle comic and its hero Dan Dare, “pilot of the future”.

There’s obvious appeal to flying cars: reduced congestion, shorter commuting times and, well, the sheer coolness of heading up, up and away. Unfortunately, although Hollywood continues to push the idea (The Fifth Element, Blade Runner and Star Wars, as well as many others, are evidence of that) and a handful of people are still creating flying car prototypes, they remain largely the stuff of science fiction rather than viable production vehicles.

While we wait for the flying Focus, here are five that have pointed the way. 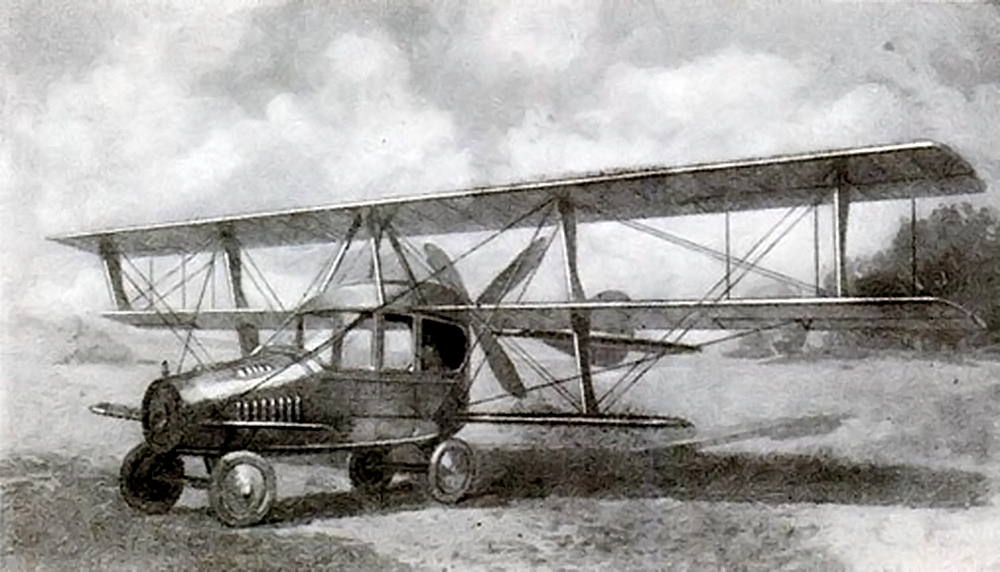 Invented by Glenn Curtiss, an American aviation pioneer and founder of the US aircraft industry, this is believed to be the first attempt at building a flying car. Underneath its vast, detachable 40ft wingspan (in triplane configuration, no less) was a three-seat, propeller-driven cab powered by a 100hp Curtiss OXX V8 engine. The pilot sat up front and two passengers side by side behind, rather like in a McLaren F1. 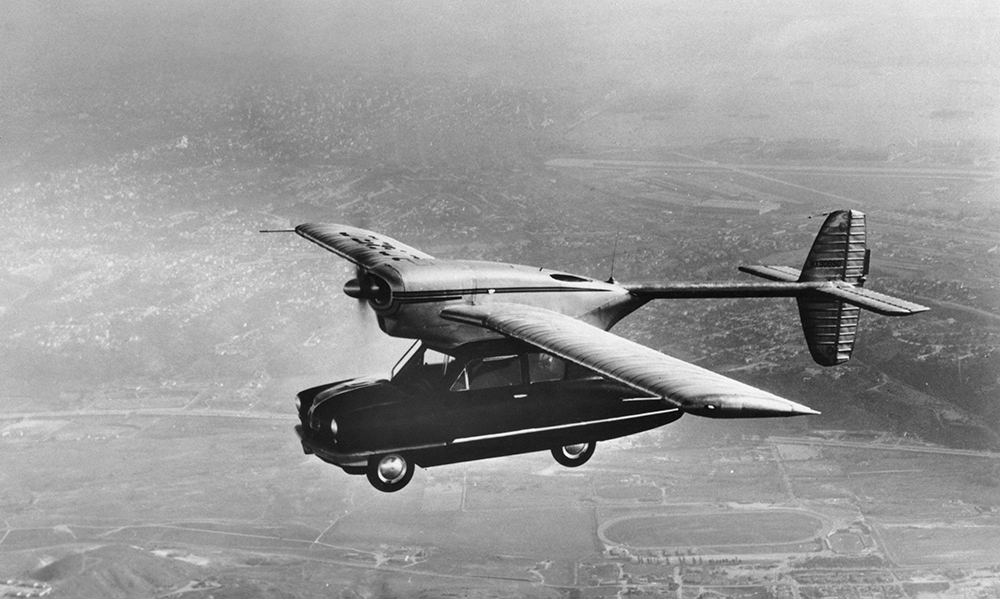 Surely the inspiration for the AMC Matador car-plane in the James Bond film The Man with the Golden Gun, two examples of the ConvAirCars (aka the Hall flying automobile) were built in prototype form, but one was lost after a safe but damaging landing with low fuel three days after its inaugural flight in 1947. A 25hp rear-mounted Crosley engine powered the plastic-bodied four-seat car, while a 190hp Lycoming O-435C engine was used for the aircraft, mounted above. The ambitious target was a production run of 160,000, each costing $1,500, but faith in the project slumped in 1948 and the project was terminated. 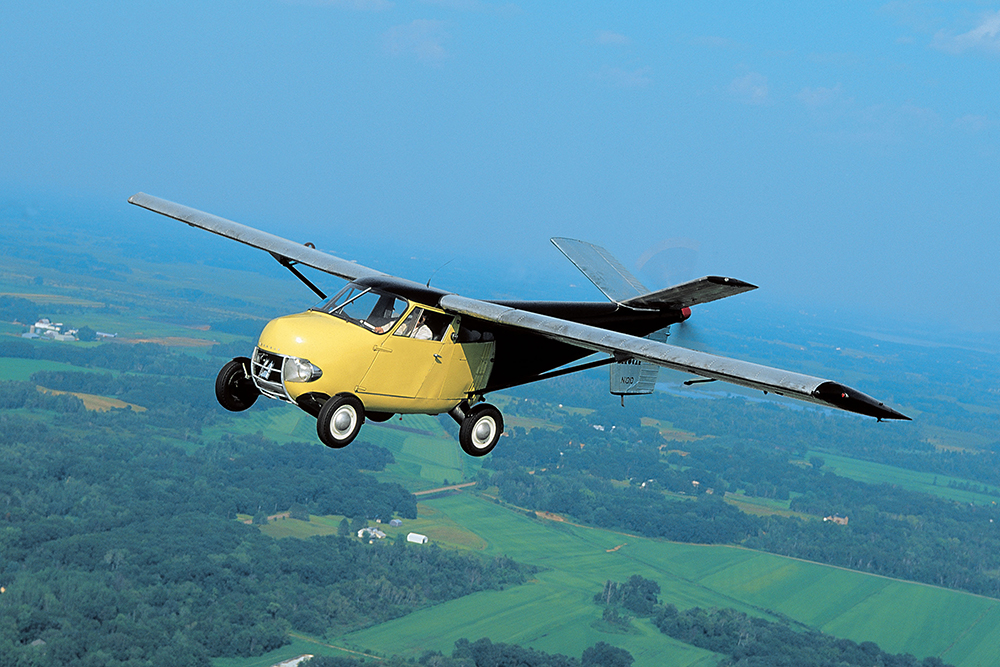 The American inventor Moulton Taylor designed the Aerocar in 1949. Its wings, which spanned 30ft when deployed for flight, folded away along the tail, giving a total length of 21ft. A Lycoming 0-320 engine positioned over the rear wheels powered a rear-mounted propeller and achieved an airborne cruising speed of 100mph. Four were built and sold for $25,000. A surviving Aerocar is soon expected to fetch £600,000 in an online auction. 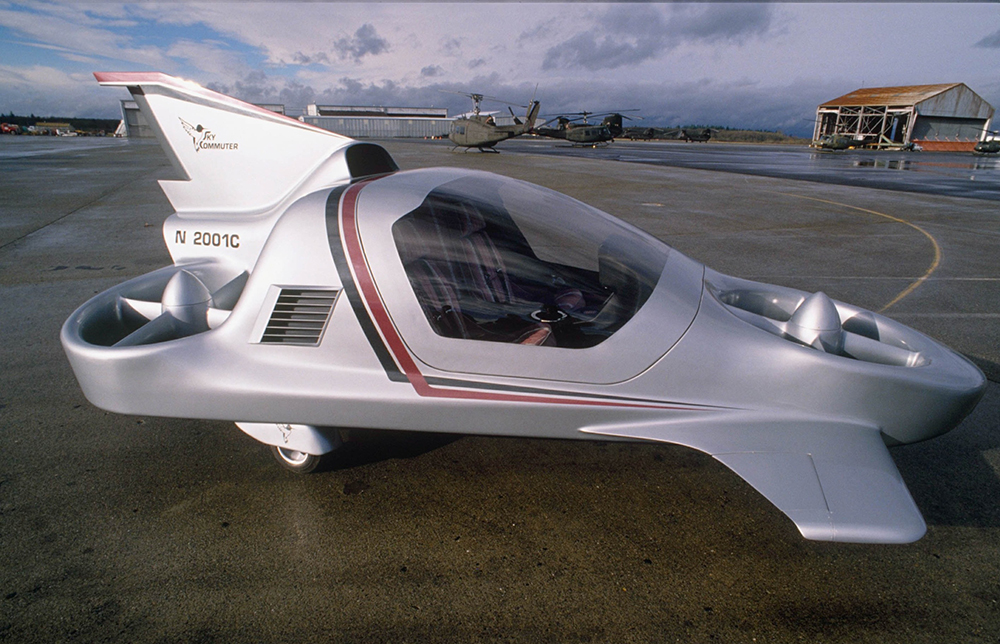 This amazing-looking machine was created by engineers at Boeing as part of a $6m project to create three prototype vehicles that would work on roads, on water and in the air. According to reports, all crashed before exceeding 10ft in altitude and only one survived past the testing stage. Amazingly, it surfaced on eBay in 2008 and sold for $131,000. 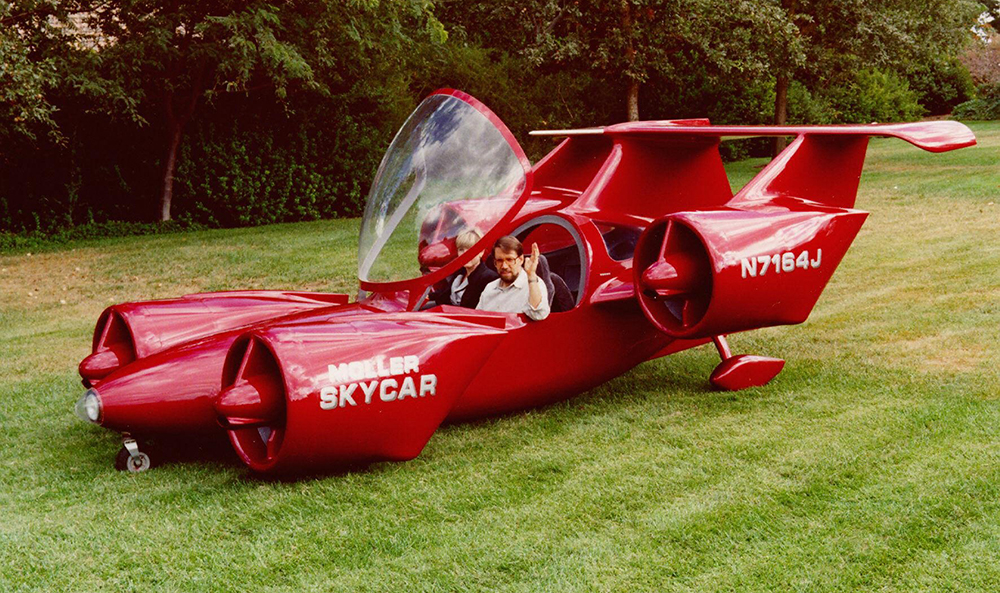 The inventor Paul Moller has spent the past 50 years trying to create a vertical take-off and landing vehicle, and the amazingly futuristic Skycar M400 is arguably the flying car that has come closest to a production reality. Using eight Wankel rotary engines within four “engine nacelles”, it was controlled by two hand-operated controls to direct the airflow for lift or forward momentum. It was designed to have a maximum speed of 375mph and to be able to fly at 36,000ft, but the M400 Skycar has only managed to demonstrate tethered hovering. 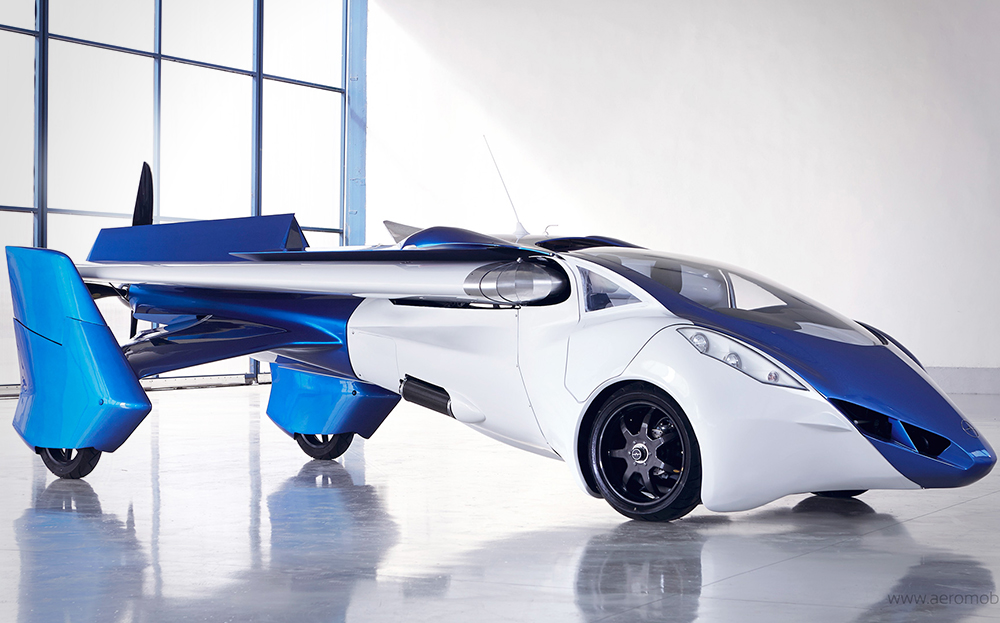 The Aeromobil 3.0 was unveiled in Vienna in October 2014. Capable of taking off on a 250-yard grass strip and able to land on one of just 50 yards, this steel-and-carbon Slovakian creation is designed to get round the problem that only 3% of the world has paved road. The flight range is said to be 544 miles and the machine is said to have a top ground speed of 124mph. It has undergone extensive testing and has also taken to the air for its maiden flight.

Search for and buy your next car (probably non-flying) on driving.co.uk

Adapted from an article originally published on driving.co.uk on June 21, 2013