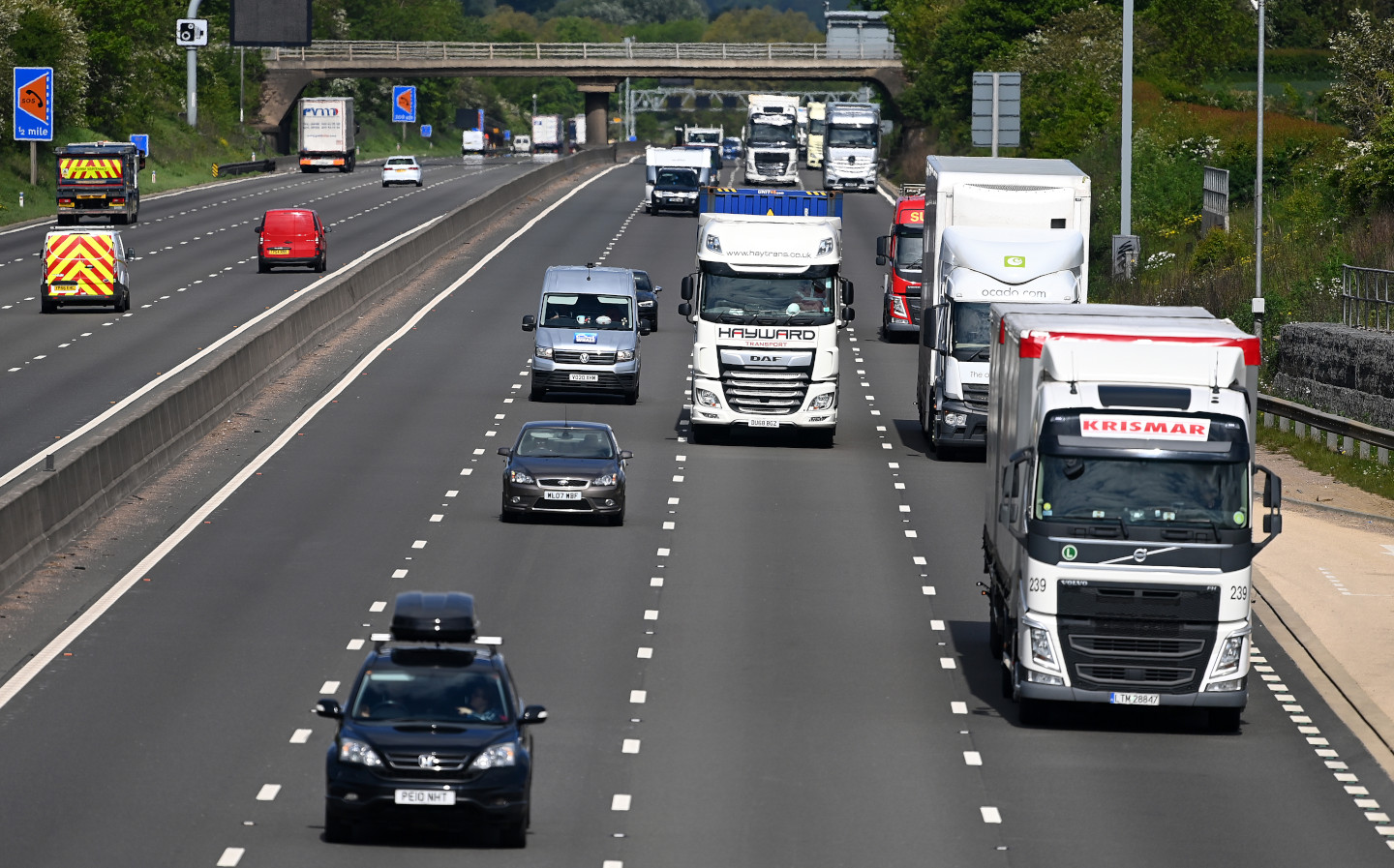 A RADAR system designed to make smart motorways safer has only been installed on 37 miles of the road network since its introduction was announced more than 10 months ago.

According to figures seen by The Times, the rollout of the “stopped vehicle detection” system (SVD), which can spot stationary cars within 20 seconds, has so far been limited to just 24 sections of the motorway network on which there is no hard shoulder.

An “evidence stocktake” carried out by the government last year found that a stationary car has a higher chance of being hit by a moving one when the hard shoulder is removed.

However, in the last 10 months, the only stretch of motorway to be fitted with SVD is a 13-mile area of the M3 in Surrey. It is already in place on a 24-mile stretch of the M25, and works are scheduled to begin on the M20 and M1 in the coming weeks.

When announcing the safety review, Shapps said that he was “greatly concerned by a number of deaths on smart motorways, and moved by the accounts of families who’ve lost loved ones in these tragic incidents.”

Highways England, the government agency that operates and maintains the country’s motorways and major A-roads, is supposed to install SVD on every stretch of motorway that doesn’t have a hard shoulder by March 2023.

A spokesperson for Highways England said: “We are determined to do all we can to make our roads as safe as possible and have already completed some of the actions set out in the Transport Secretary’s smart motorway safety action plan. This includes installing more of the technology which will detect if a vehicle has stopped in a live lane, typically within 20 seconds.

“We are continuing to implement the further actions as set out in the plan.”

The system was announced amid criticism of how long it takes for CCTV operators to spot vehicles that were broken down in active lanes. A report in 2019 found that it took an average of 20 minutes for a lane to close after a car had broken down.

Yesterday, a coroner called for a review of smart motorways after an inquest into the deaths of two men on a stretch of the M1 near Sheffield. Jason Mercer, 44, and Alexandru Murgeanu, 22, died after Prezemyslaw Zbigniew Szuba, 40, crashed into their stationary cars in his lorry.

Mercer and Murgeanu had reportedly stopped on the inside lane of the motorway after a minor collision. Szuba admitted to two counts of causing death by careless driving last year, and was sentenced to 10 months in prison.

Despite the controversy they have caused in their decade-long existence, the government insists that smart motorways are safer than the ones they replace due to reduced instances of tailgating and speeding, and has pushed on with their wider rollout.

In August last year the Transport Secretary announced the conversion of seven new areas of motorway, meaning there will be 60 stretches of smart motorway in the UK by the middle of the decade.