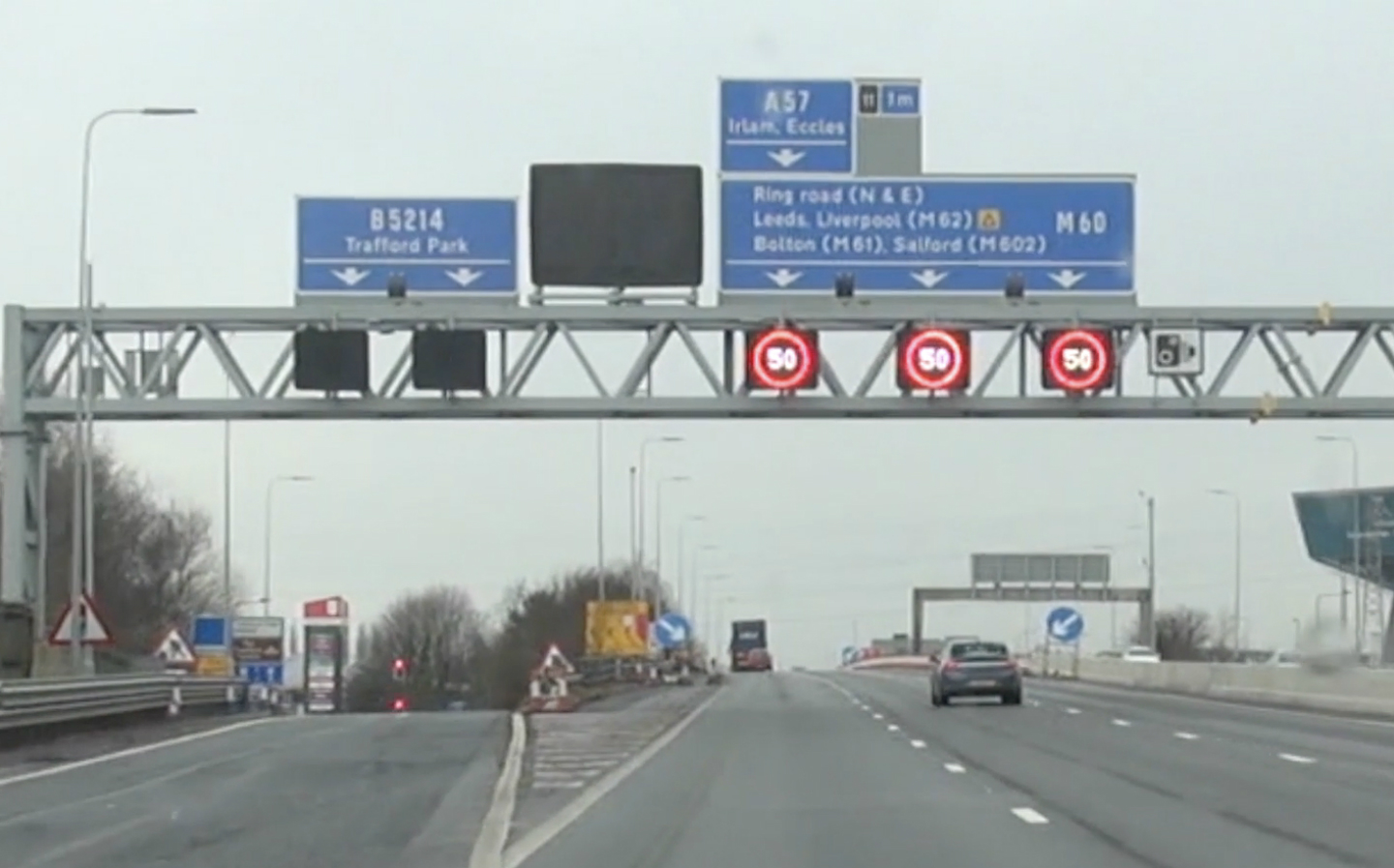 The chairman of the Police Federation has labelled smart motorways “death traps” and said Highways England was misleading the country over their benefits.

John Apter said motorways without a permanent hard shoulder were “inherently dangerous and putting lives at risk. He added that smart motorways had put an intolerable strain on roads policing and fears that an officer would be killed.

“I don’t like the term ‘smart motorways’ because it infers they’re a good idea,” Mr Apter told a Police Federation conference in Warwickshire. “They’re anything but smart.

“We were presented with a fait accompli of a model. It was based on the M42 with emergency lay-bys a relatively short distance apart . . . We were told that the technology would be so advanced that if there was an obstruction the system would pick it up and the network would activate and there would be a lane closure. But on the M42 what we were promised wasn’t delivered in other parts of the country.

Figures show that 38 people have been killed on motorways without a permanent hard shoulder over the past five years. The hard shoulder has been removed on 13 stretches including parts of the M1, M3, M5, M6 and M25, while seven parts of the network have a “dynamic” hard shoulder that opens and closes depending on traffic.

A cross-party group of MPs has urged the government to cease the expansion of the smart motorway network amid growing concerns over the safety credentials of the high speed roads.

In its report, the All-Party Parliamentary Group for Roadside Rescue and Recovery condemned the continued introduction of smart motorways across the country, saying that safety measures being introduced now “should have been in place before the rollout of these roads commenced”.

The paper said the safety of motorists and recovery crews was being put at risk due to the inadequacies of the current system. According to the report it takes Highways England on average 17 minutes to detect a stranded car on a smart motorway and close its lane to other traffic, meaning breakdown crews are forced to “orbit” between motorway junctions before it’s safe to attend the stricken vehicle.

The MPs strongly recommended the government put all smart motorway expansion plans on hold until the existing network has been retrofitted with technology and features that can reduce the risks of accidents. These include radar-based systems that can detect vehicles in trouble and increasing the number of emergency refuge areas for drivers of broken-down vehicles to pull into while they wait for roadside assistance.

Those suggestions are mirrored by the Parliamentary Advisory Council for Transport Secretary (PACTS), which recommends more frequent spacing of emergency road refuges and a “rapid introduction” of technology and systems that can quickly identify broken-down vehicles on smart motorways.

It also urges the transport secretary Grant Shapps to make use of additional government support and funding, rather than existing road safety budgets, to pay for any planned or future reviews into smart motorway safety.

The calls to re-evaluate smart motorways have also been given the seal of approval by UK motoring organisations such as the RAC. Its head of roads policy Nicholas Lyes said: “A commitment to install stopped vehicle detection technology on the whole smart motorway network would be a welcome step and something the RAC has called for consistently in recent years.”

Edmund King, president of the AA and a long-time campaigner for better smart motorway safety, said: “There is much confusion and fear out there. If the Government is not going back to the drawing board to reinstate the hard shoulder, then the least they can do is to double the number of emergency refuge areas to every three-quarters of a mile. The current system is not fit for purpose and too many tragic and avoidable deaths are occurring.”

Grant Shapps, the transport secretary, is expected to announce changes to smart motorways including stopped-vehicle detection on the whole network within three years and more lay-bys.

In response to a BBC Panorama investigation on smart motorways that was televised on January 27, 2020, Highways England said: “Safety is our priority and the UK has one of the safest motorway networks in the world — and every road can always be made safer.

“That’s why we’ve been working closely with the Government to support its stocktake of smart motorways, including making recommendations for improvements. We stand ready to implement the findings of the stocktake as quickly as possible.”

It has also said: “Any death on our roads is one too many and our deepest sympathies remain with the family and friends of those who lost their lives.”

One in four UK drivers believe smart motorways are unsafe

Motorway breakdowns in Britain rise by a fifth in five years