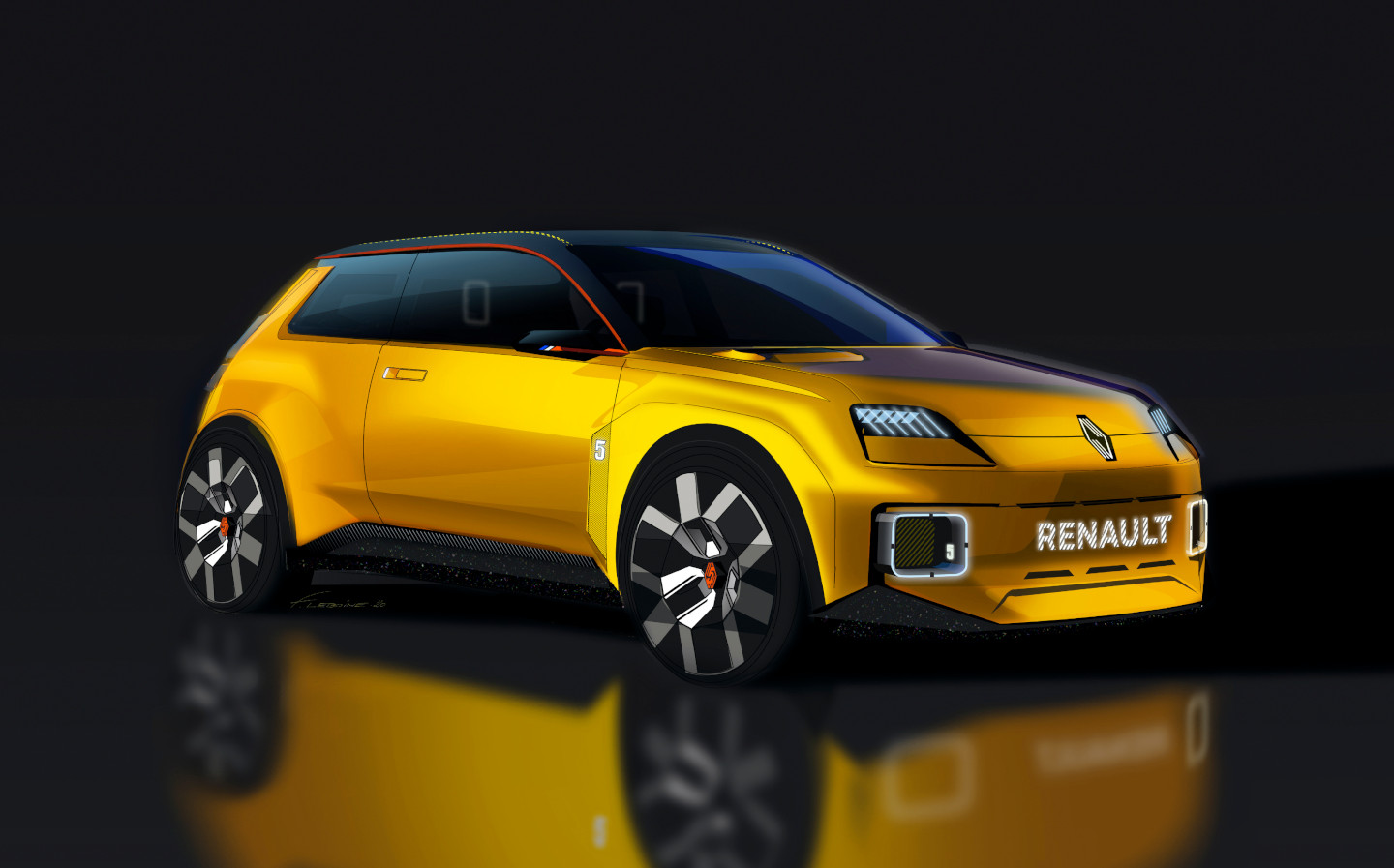 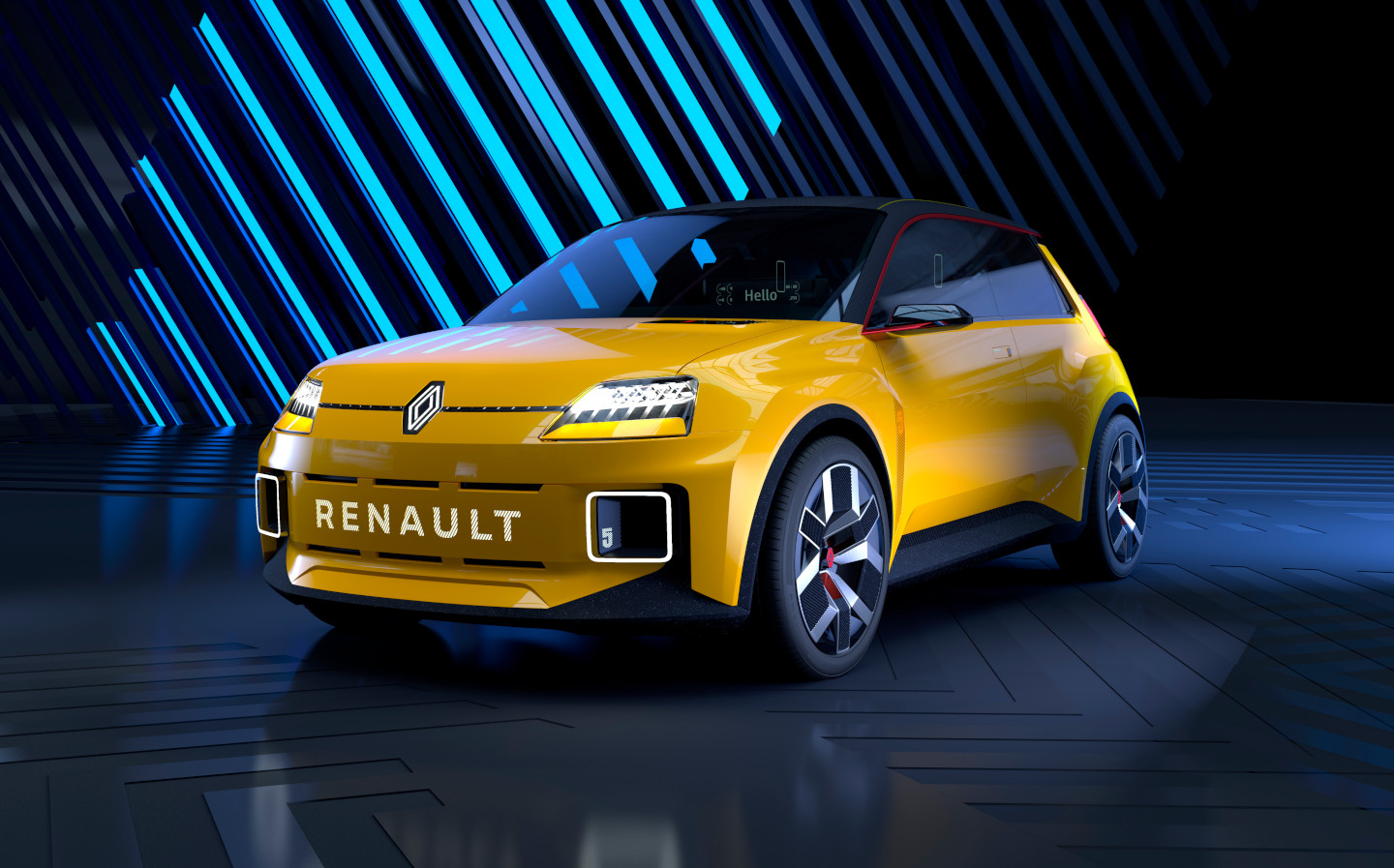 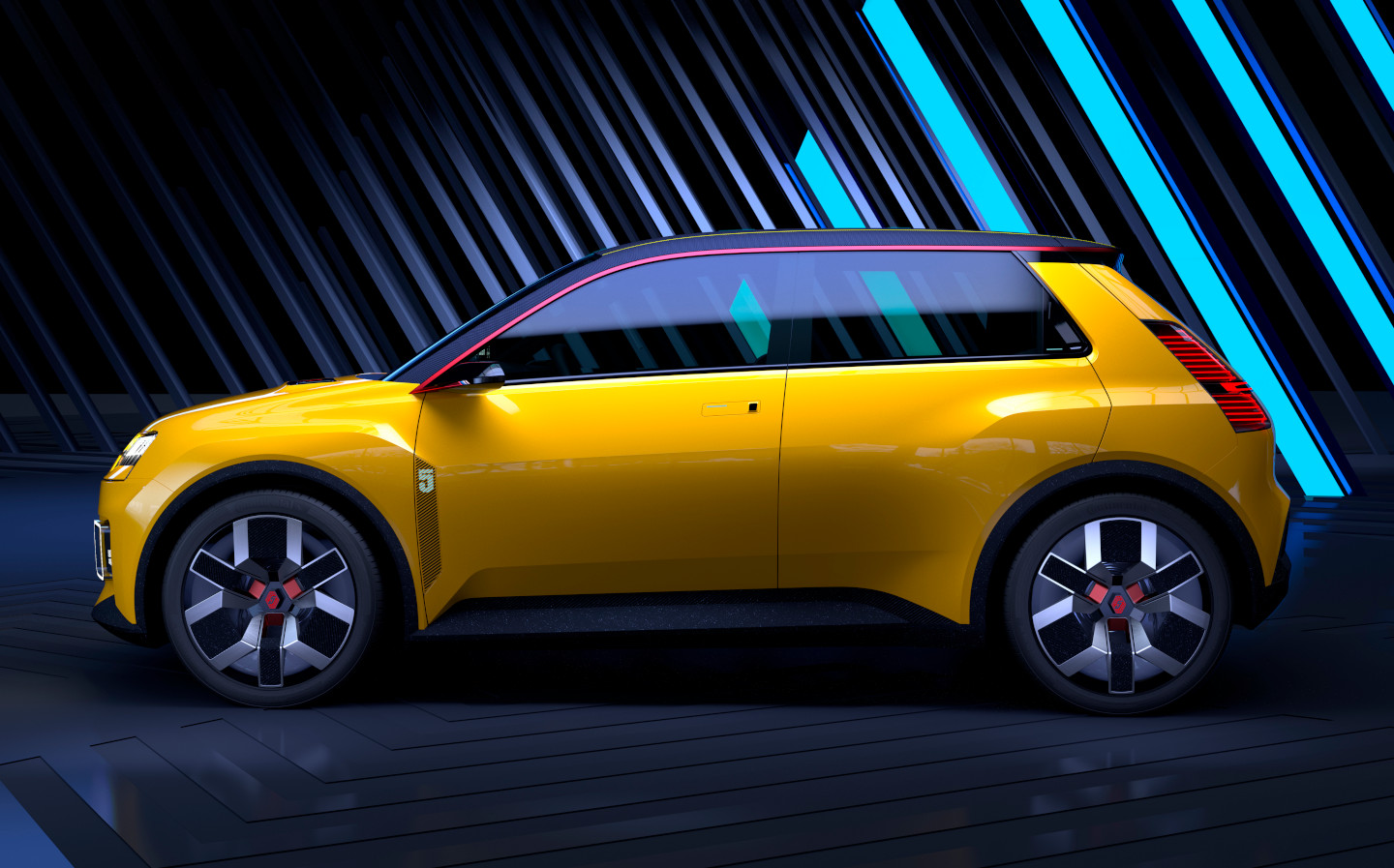 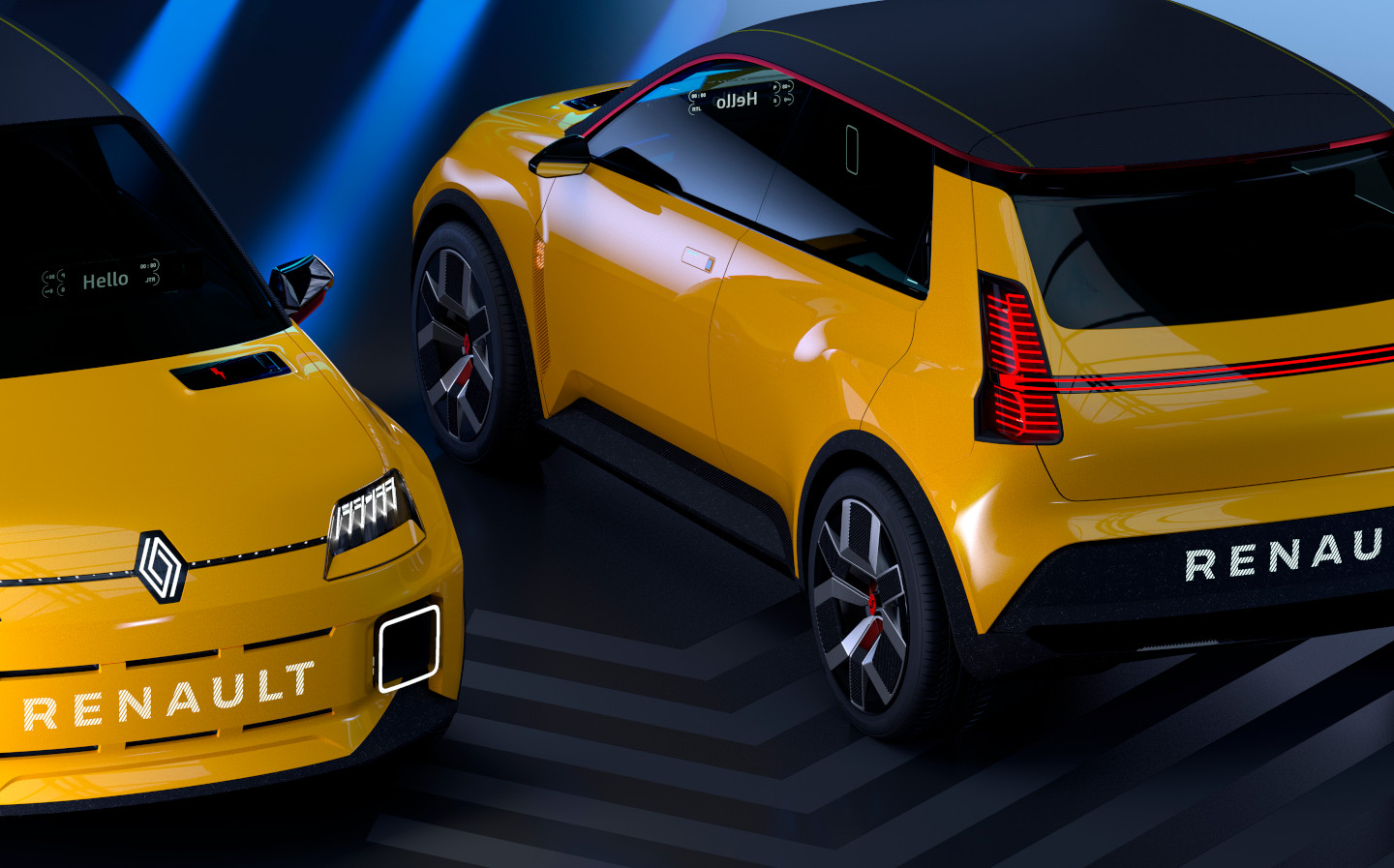 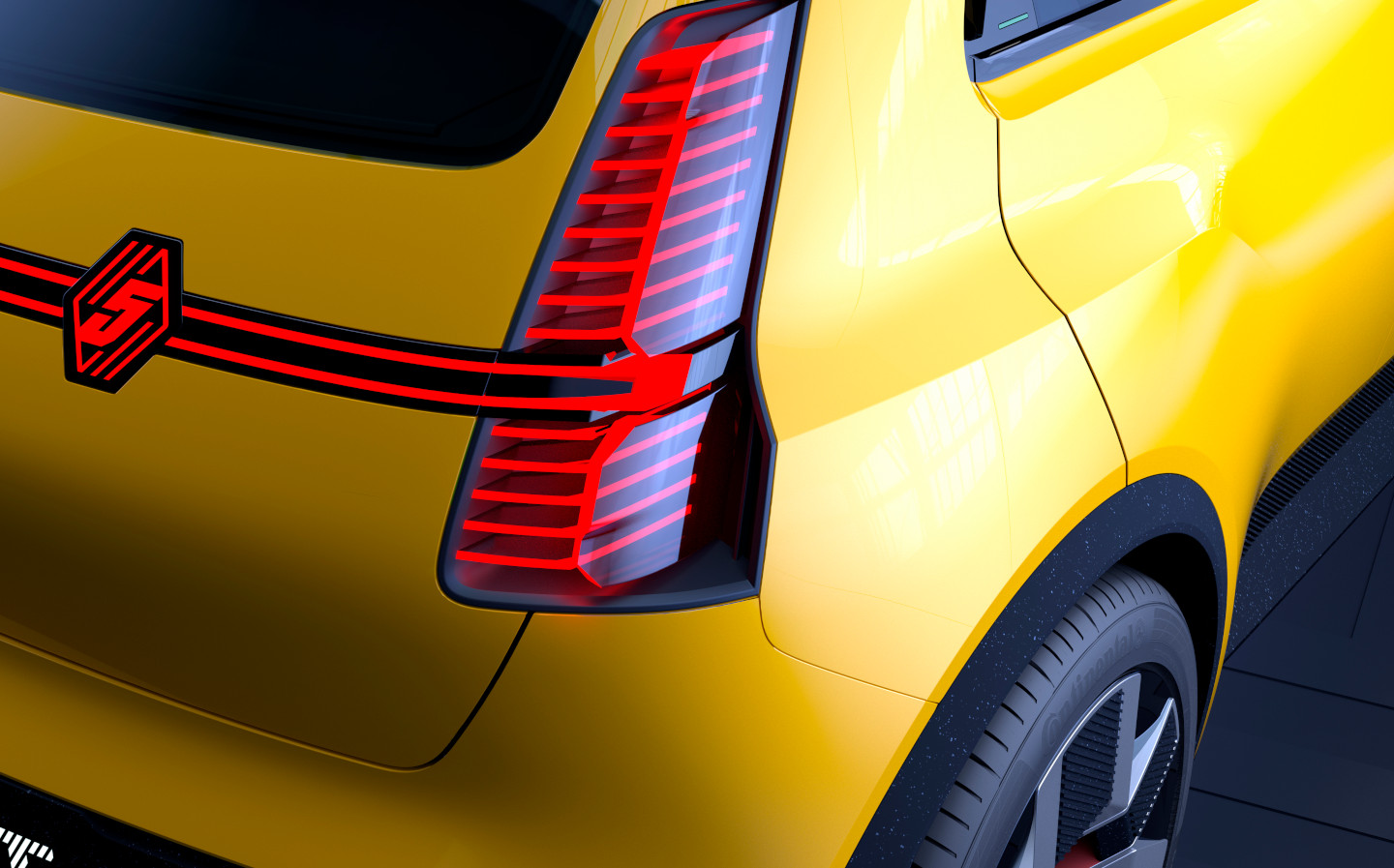 AN ELECTRIC version of the iconic Renault 5 hatchback could be on the way as part of the French car maker’s new strategy, dubbed “Renaulution”, to cement the company’s reputation as a leader in the electric vehicle market.

The Renault 5 will be one of seven new pure-electric vehicles in the brand’s line-up by 2025. Renault is aiming for EVs to take a 30% share of its product sales by 2030.

Inspired by the much-loved Renault 5 of the 1970s and 1980s, the prototype design combines a heavy dose of retro flare with a more modern silhouette for the 2020s, with features that hint towards the car’s electric powertrain such as unique light signatures.

The sloping rear of the car, including the long, thin rear lights, are reminiscent of the earlier model, while other aspects nod toward sportier variations such as the Renault 5 Turbo, one of the first hot hatches.

“The design of the Renault 5 Prototype is based on the R5, cult model of our heritage. This prototype simply embodies modernity, a vehicle relevant to its time: urban, electric, attractive,” said Gilles Vidal, Renault Design Director.

Renault has not confirmed whether or not it will make a “hot” version of the new model in the vein of the Renault 5 Turbo, but if it does, it will compete in the fledgling electric hot hatch segment alongside the soon-to-be-released Cupra el-Born and its sister car, the VW ID.3 R, which is slated for a later launch.

Unsurprisingly, no details have been revealed regarding the electric Renault 5’s performance capabilities or price, although Renault CEO Luca de Meo said that it would be marketed with a price tag “many could afford”.

Commentators have noted that the new Renault 5 would compete in the same segment as the company’s incumbent electric supermini, the Zoe. It has been suggested that the 5 could replace the Zoe, the current iteration of which would be coming to the natural end of its production run by 2023-2025.

The rejuvenation of a classic model as a spritely EV follows a formula tried and tested by other car makers, including Honda with the Honda E and Fiat with the newest generation of the 500. De Meo, who joined the company in early 2019 from Seat, has been credited with the successful reincarnation of the Fiat 500.

The announcement of the new city car is just one of myriad announcements to be made by Renault today, all of which sit under the umbrella of the new “Renaulution” strategy.

Alpine, Renault’s sports car arm and the name under which the company will race in Formula One this season, will now become a 100% electric performance brand, and will work with Lotus on a new, pure-electric replacement of the widely-lauded A110 sports car. Future models will also take various technological cues from Alpine’s F1 operations.

Other product announcements made by the Dieppe-based company today include a small hot hatch and a sports crossover, both based on the electric architecture that Renault shares with Nissan, which will make an appearance in the Nissan Ariya crossover due to be released later this year. 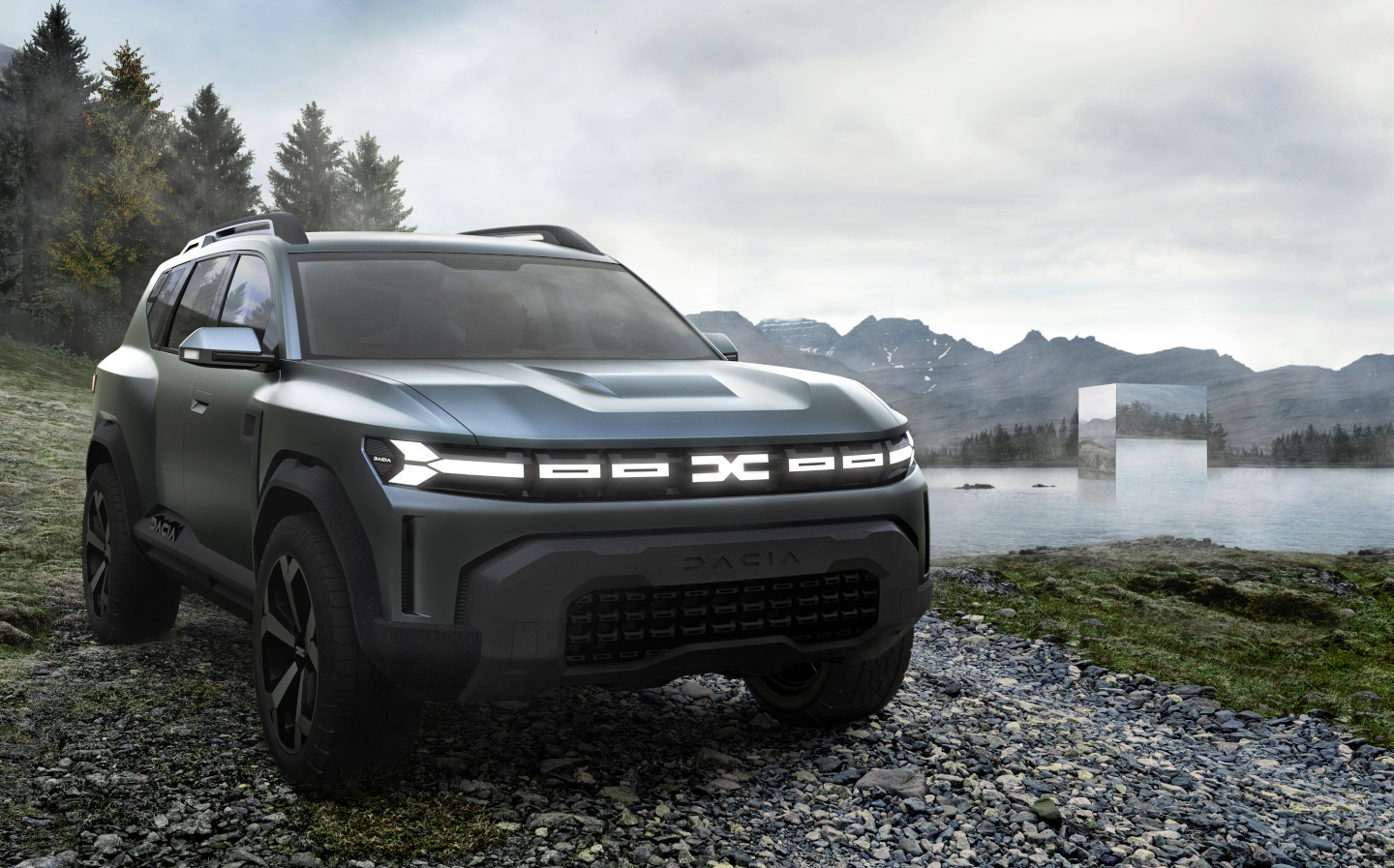 Another announcement made by Renault today concerns its budget brand Dacia, which will combine with the Russian Lada marque to form a new business unit.

Three new Dacia models will be launched by 2025, including an entry into the mid-sized SUV market that will follow the principles of the Bigster concept, a stripped-back 4×4 that will aim to bring Dacia’s small-price allure to the off-road market.

Meanwhile, Dacia’s current line-up will be streamlined, with the four architectures currently available to the brand stripped back to just one — the one currently used on the new versions of the Logan and Sandero.

Meanwhile, the number of body types the brand uses will be reduced from 18 to 11. The Sandero is currently the cheapest new car available in the UK, with prices starting at £7,995.

If you are interested in Renault’s new electric offerings including a new, pure-electric Renault 5, you may want to read a comprehensive round-up of every car maker’s electric car plans.