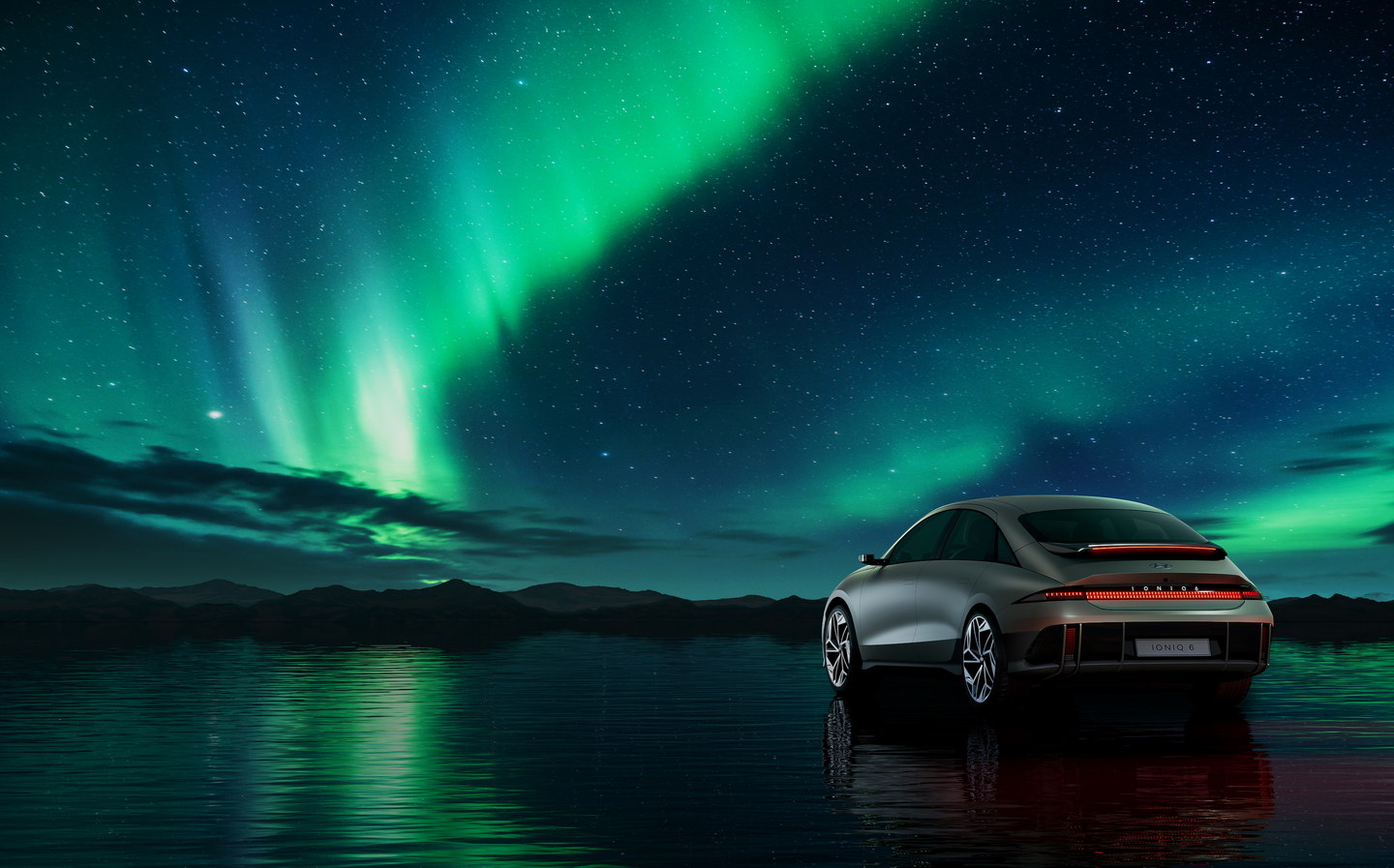 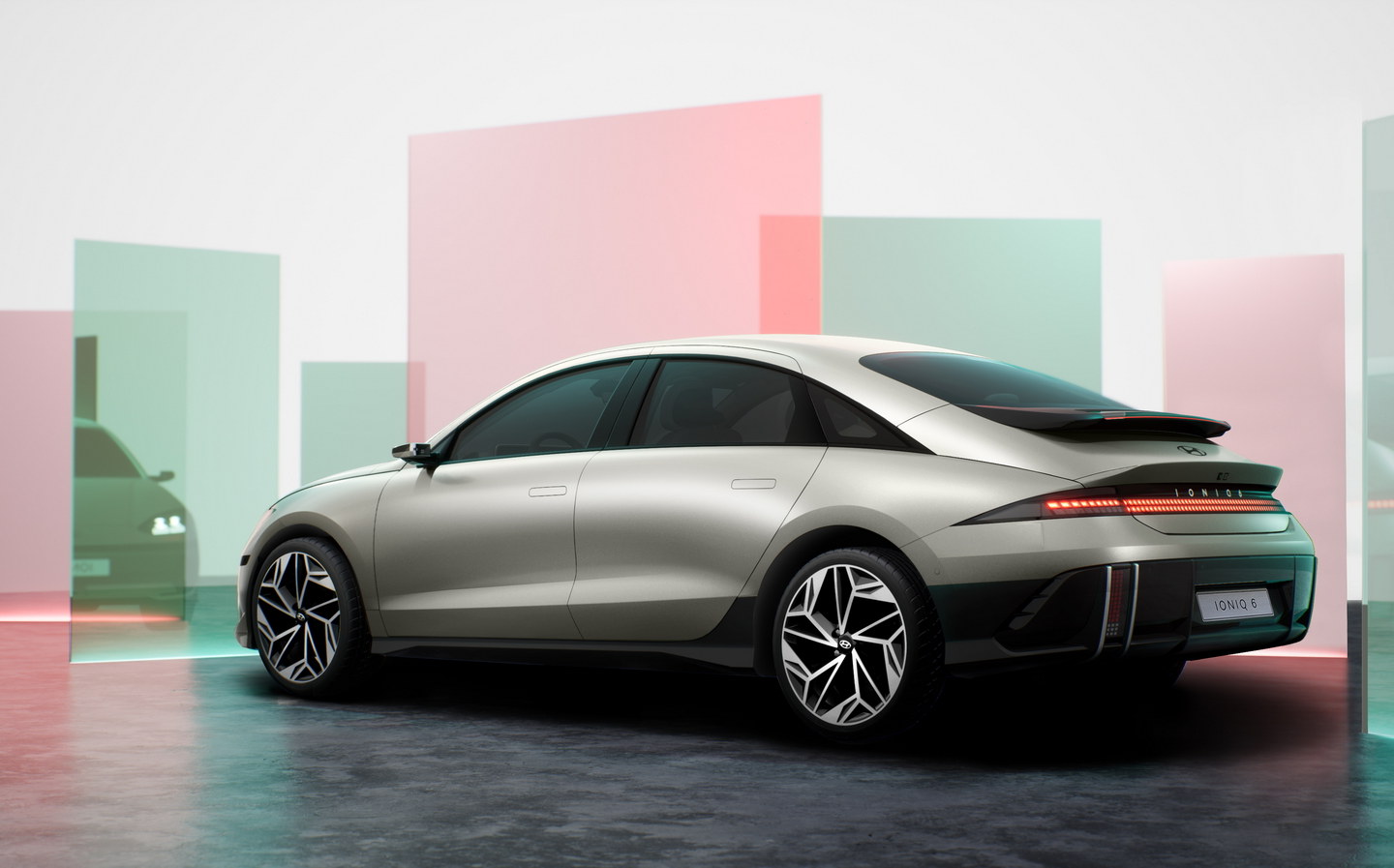 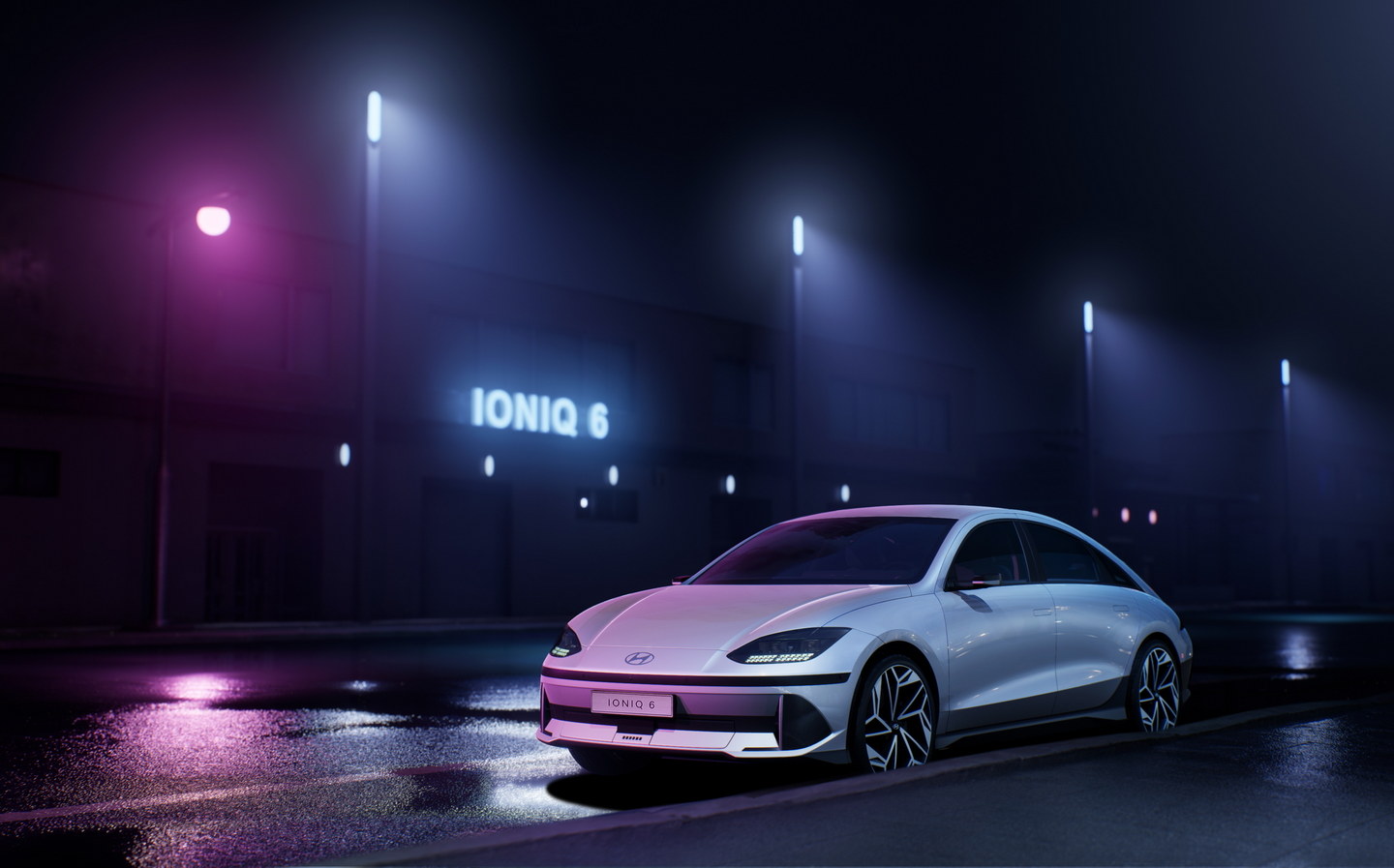 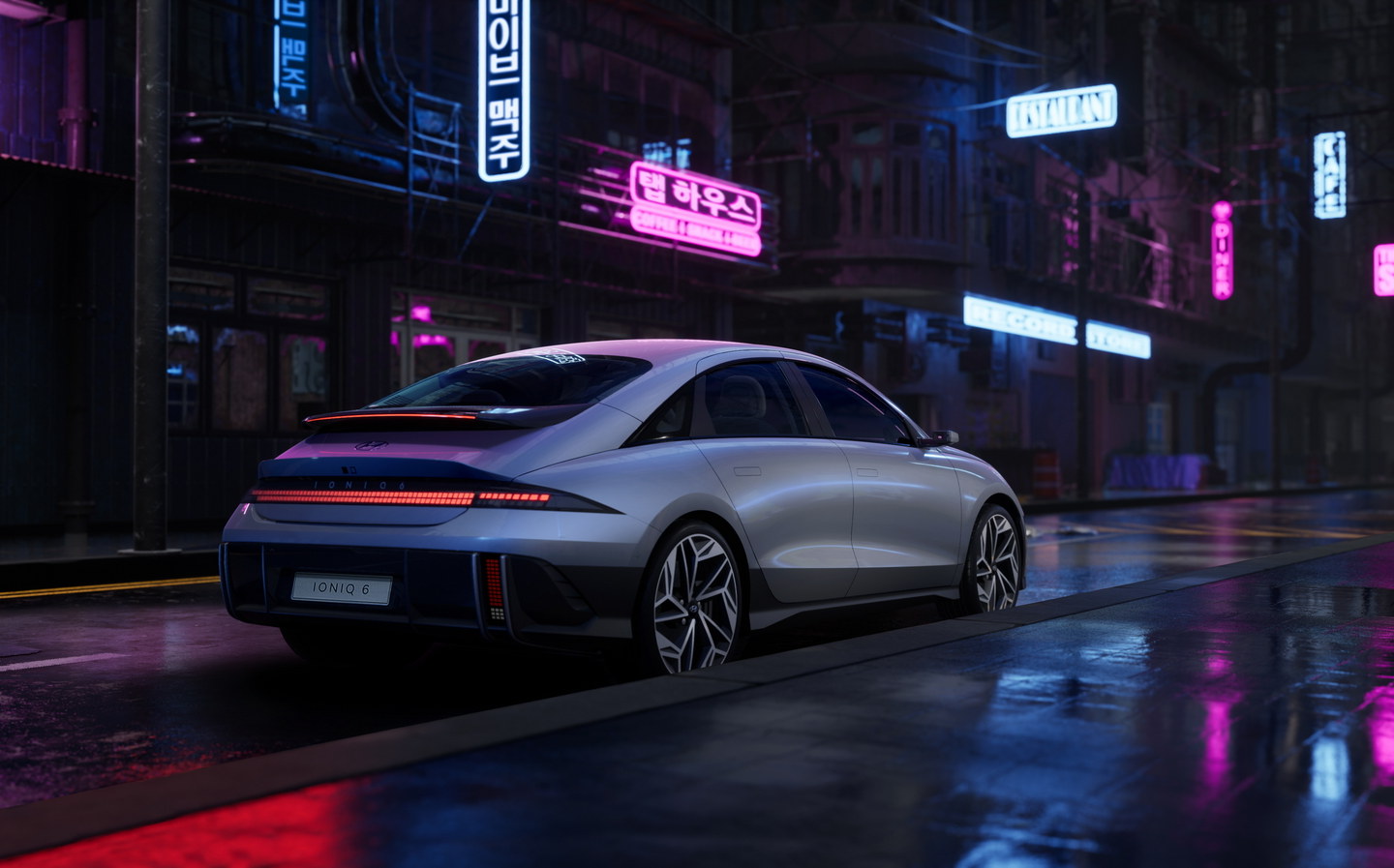 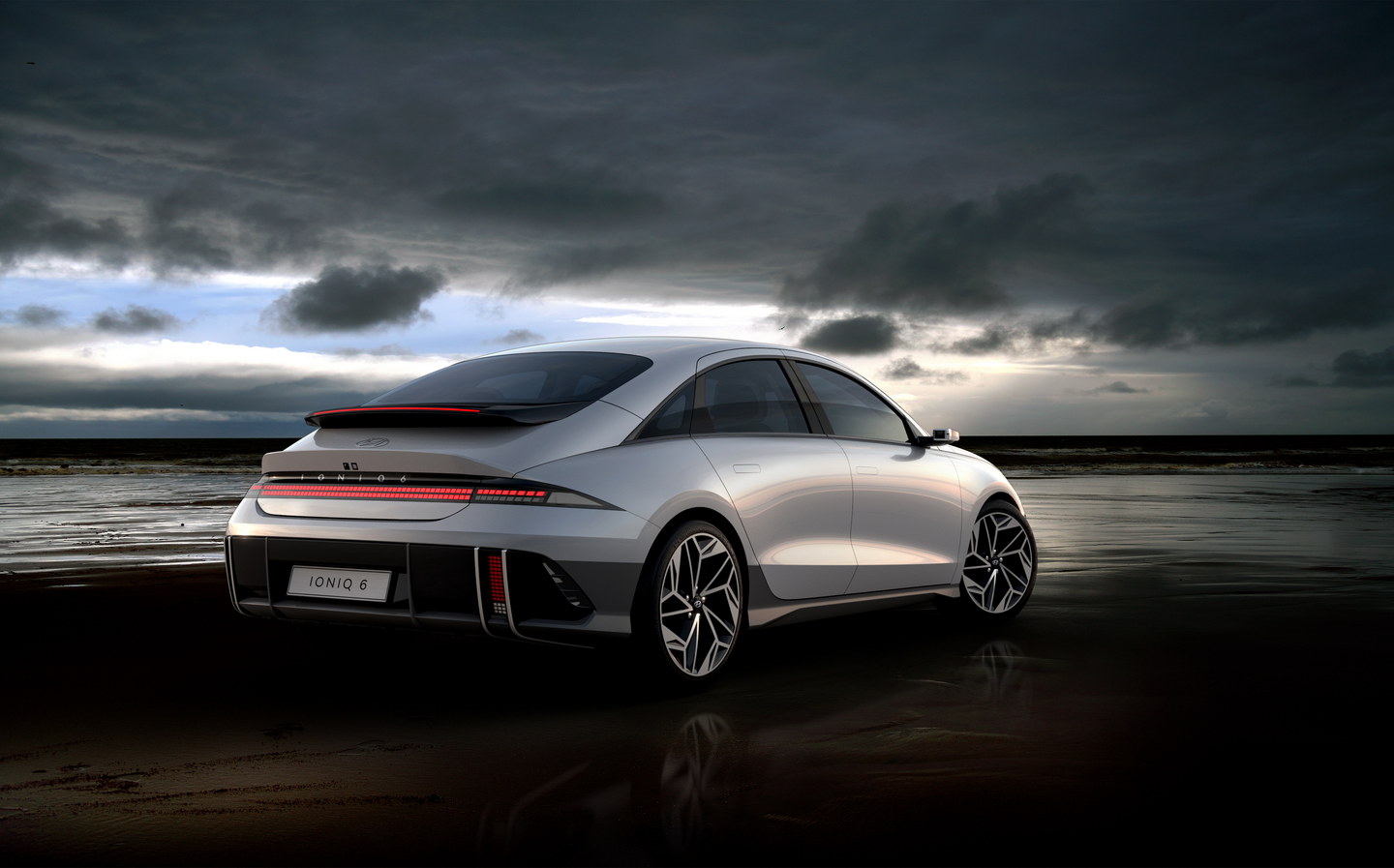 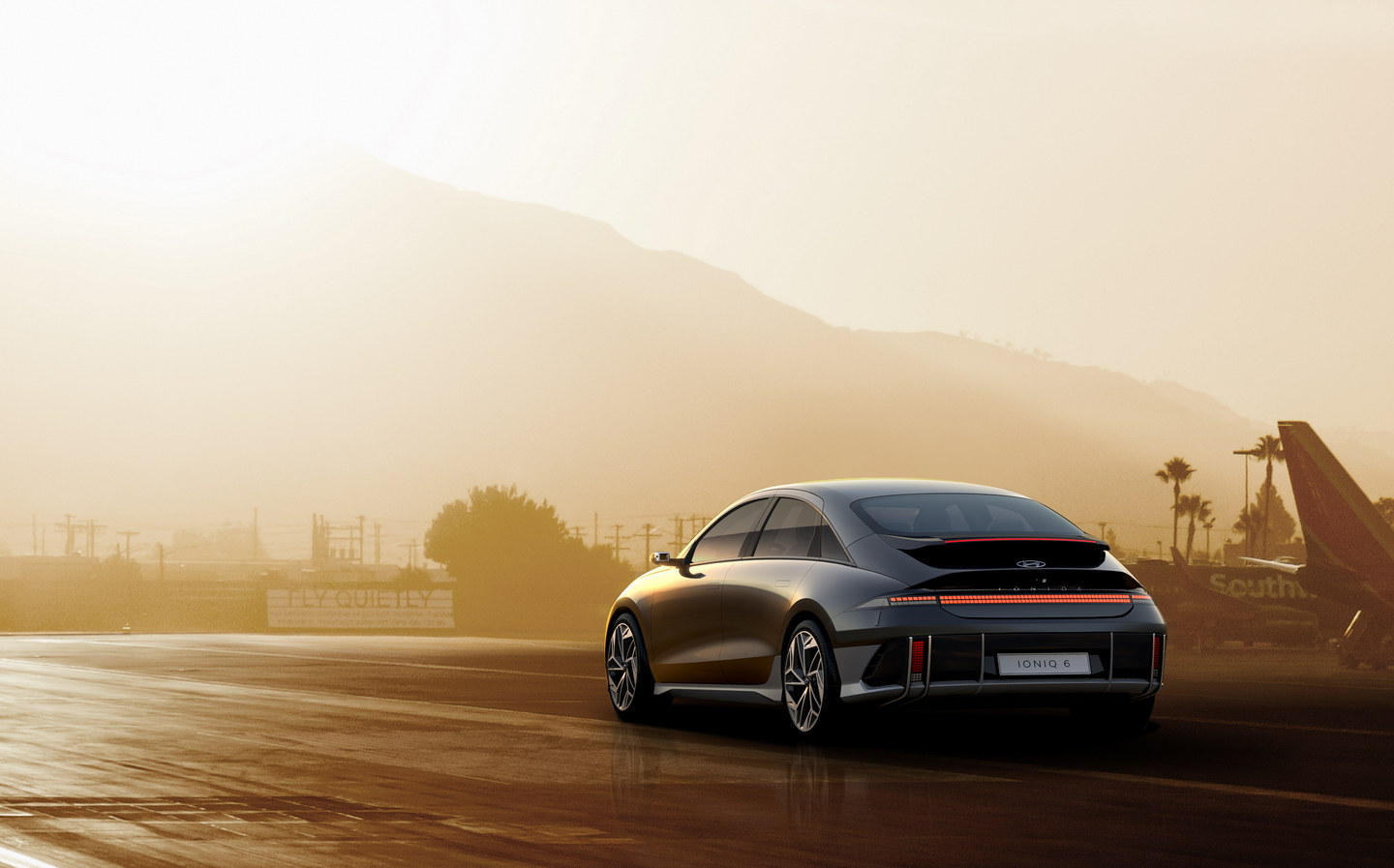 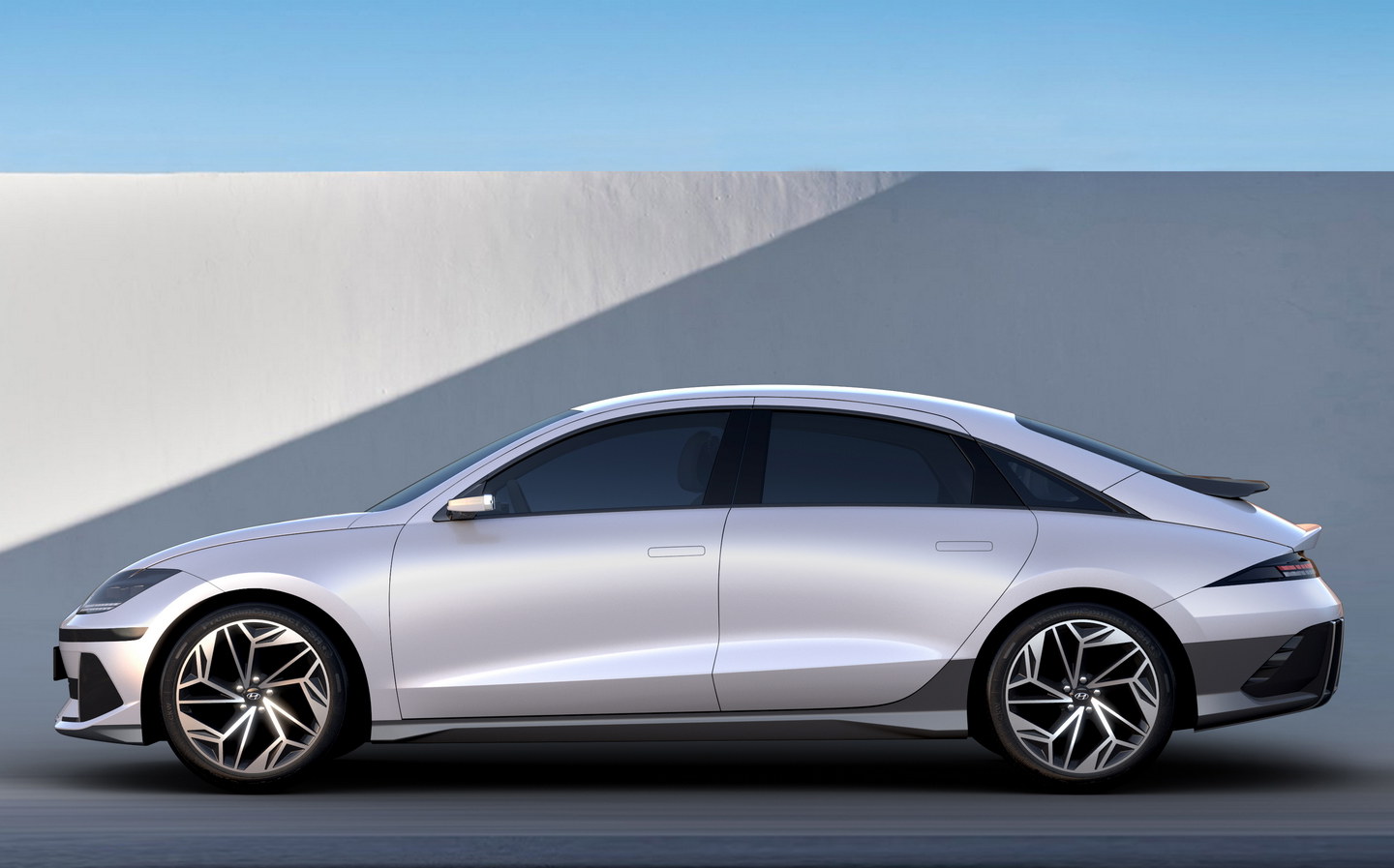 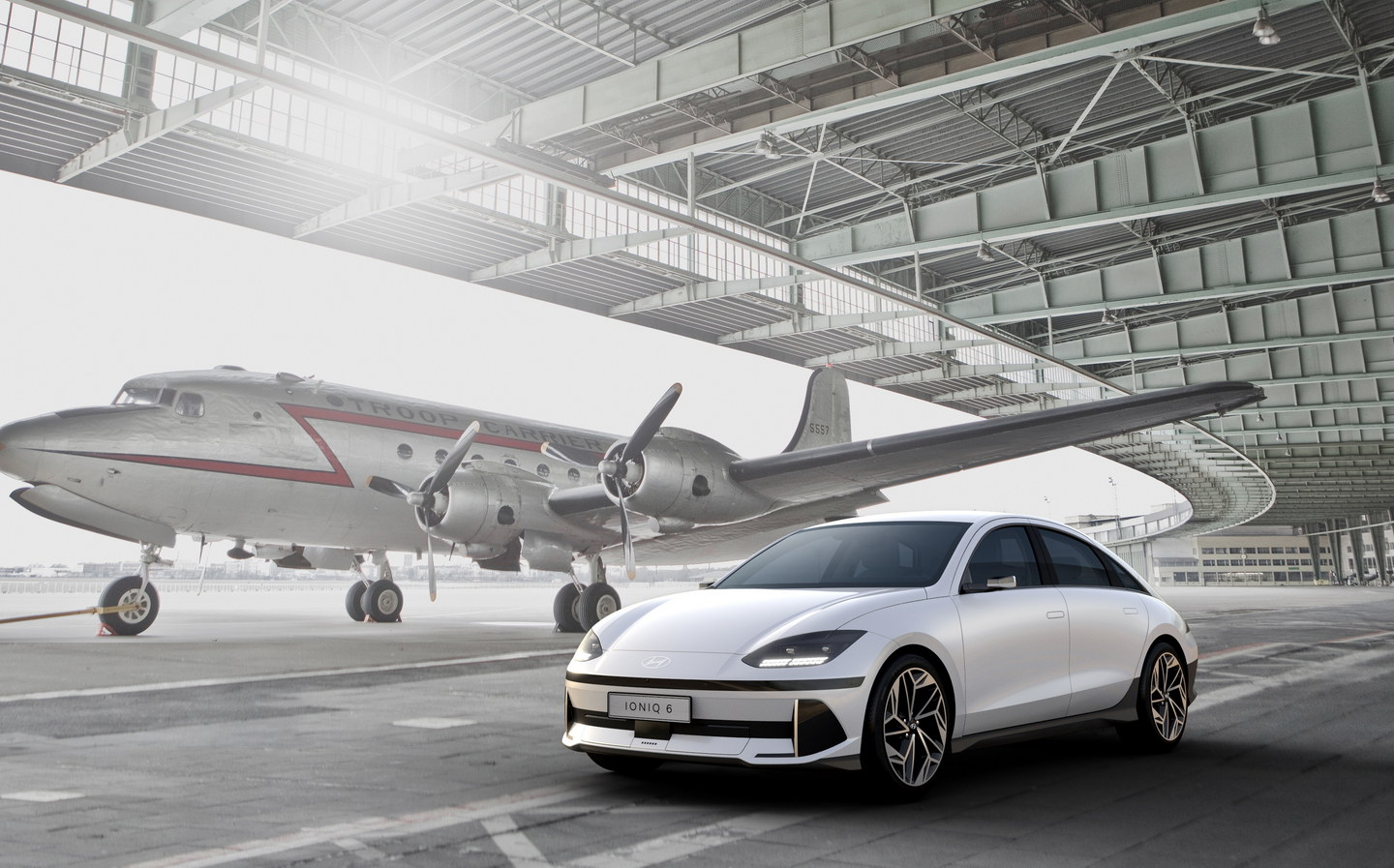 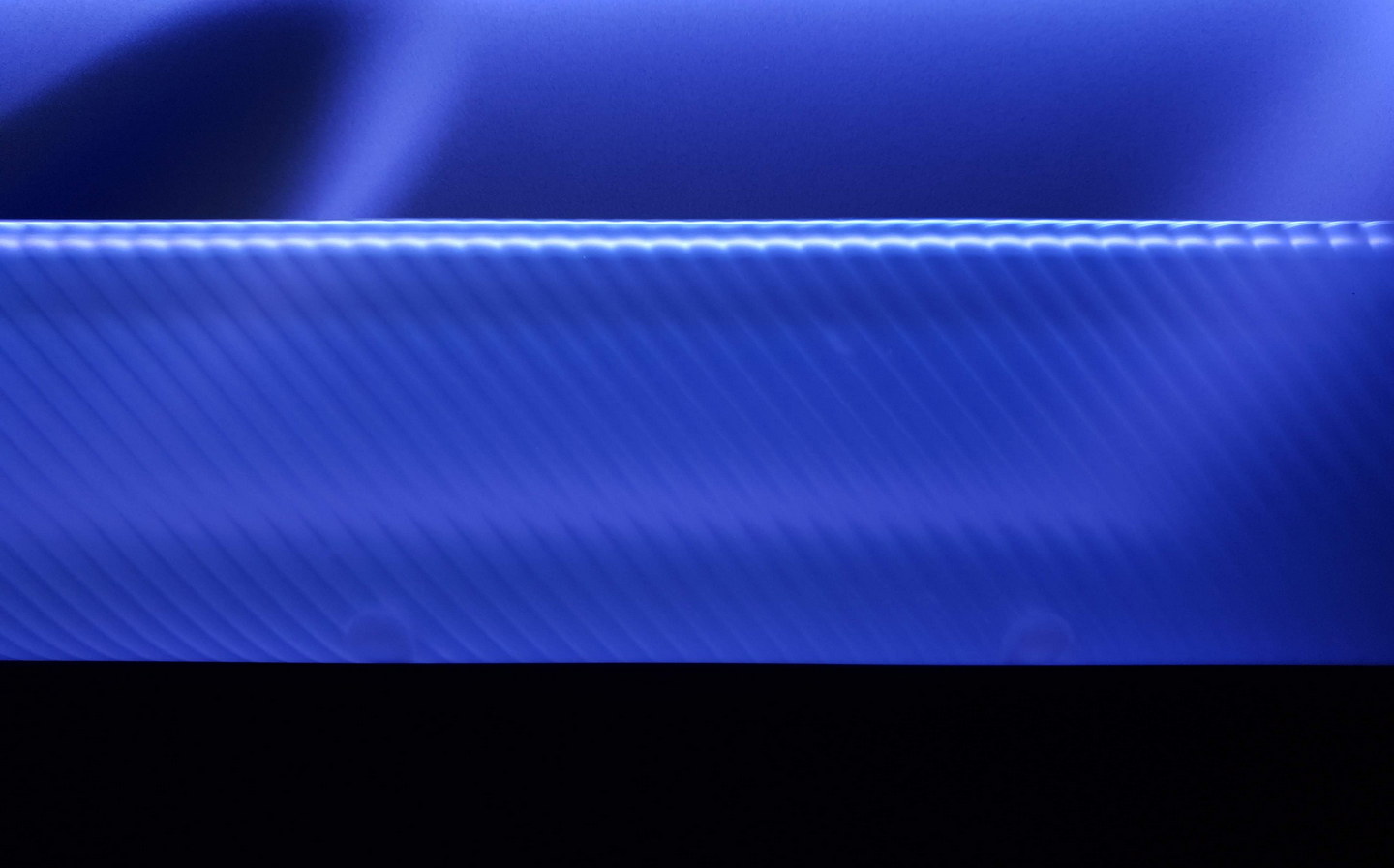 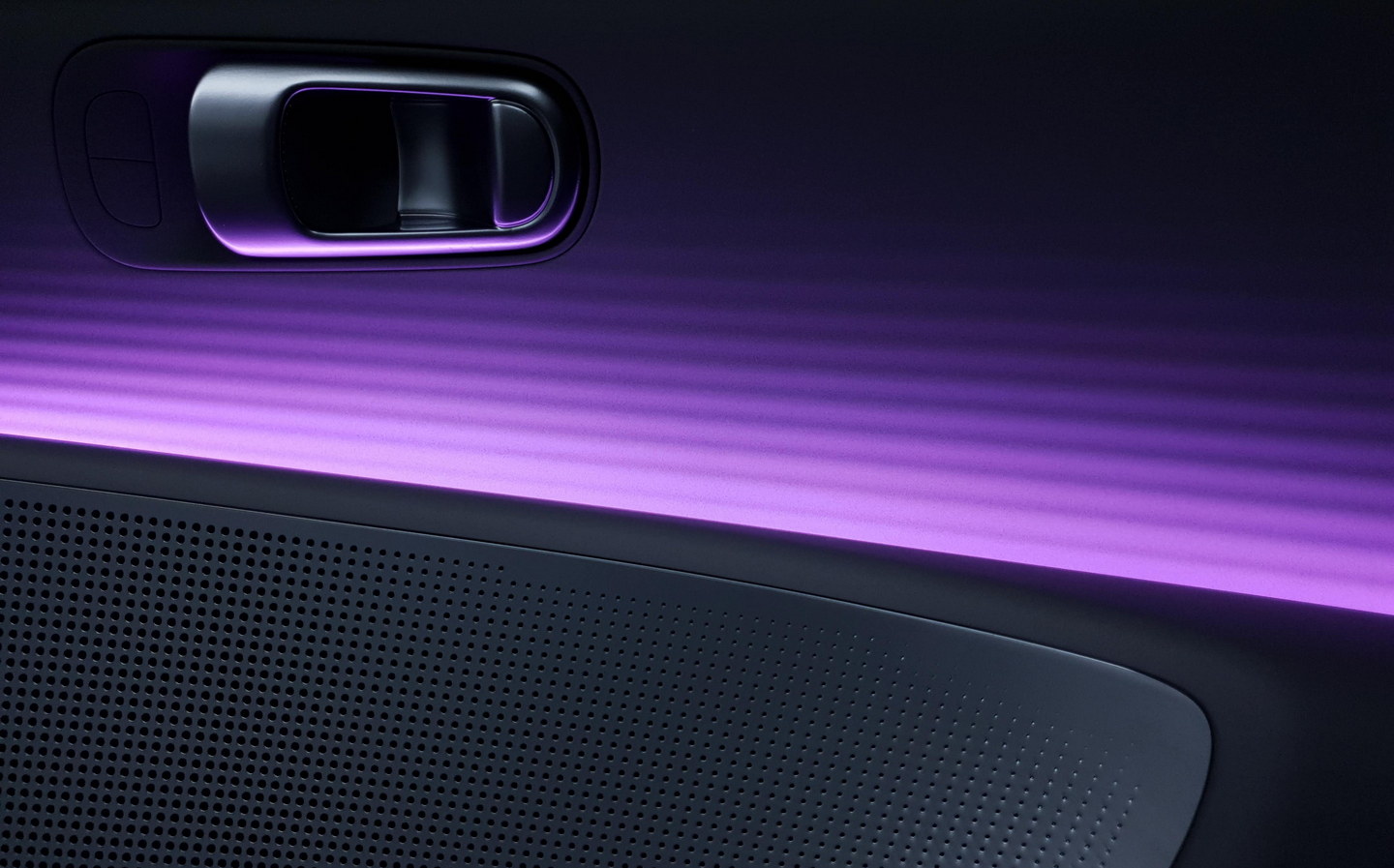 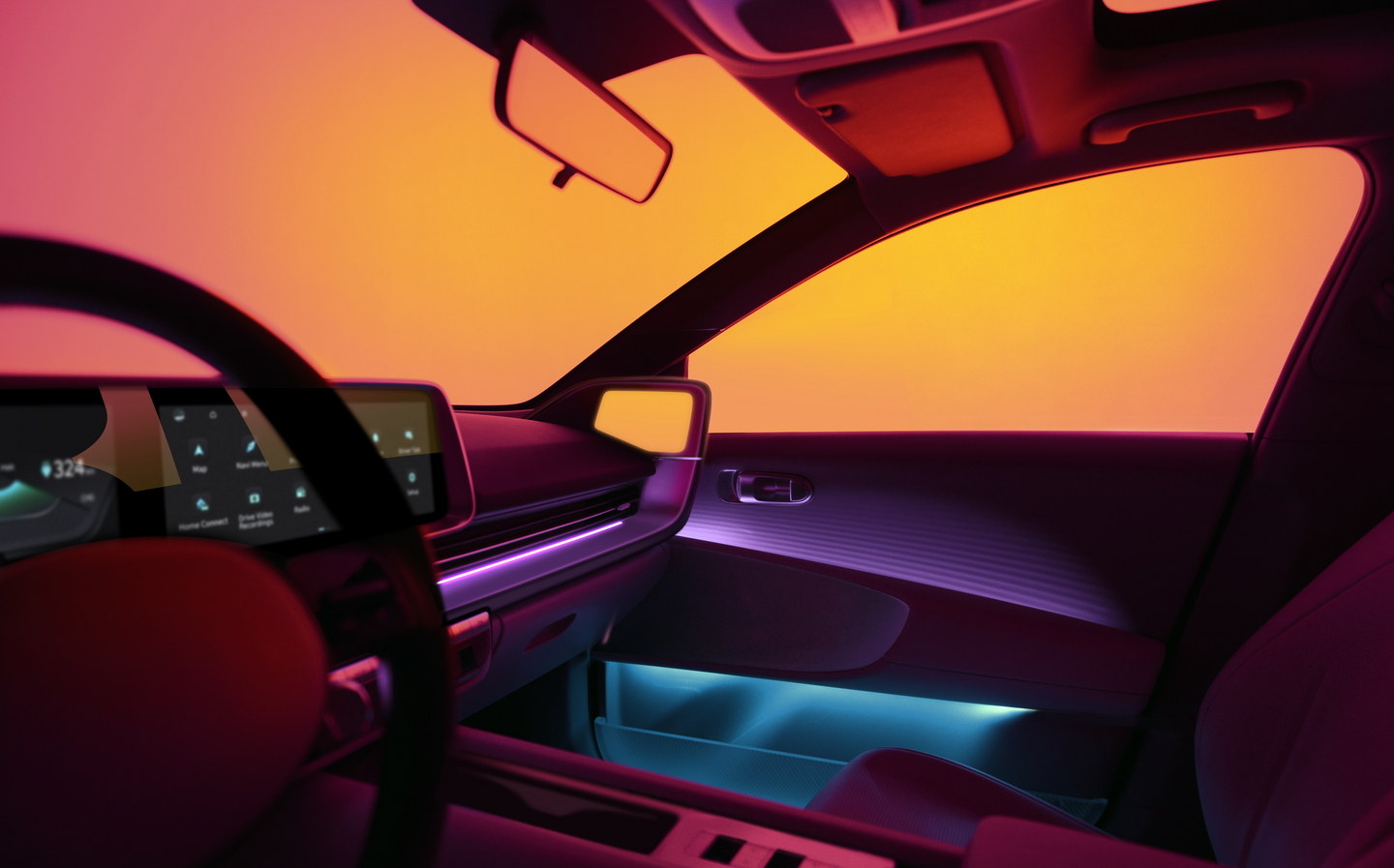 Hyundai has revealed new details about its Ioniq 6, the slippery, streamlined pure-electric saloon that was unveiled in June as a follow-up to the hatchback-SUV Ioniq 5. In terms of size at least, the new model is positioned to take on the likes of the Tesla Model 3 and Polestar 2.

The design of the Ioniq 6 was first previewed with the well-received 2020 Hyundai Prophecy concept, which owed its looks to streamlined cars from the 1930s.

That aerodynamic inspiration has been carried through to the production version, with the company describing it as “an electrified streamliner” as opposed to a saloon, something underlined by its ultra-low drag coefficient of 0.21 — the same as that of the Lucid Air.

Despite the thirties styling cues of the concept, the Ioniq 6 is a far less retro design than its sibling, the Ioniq 5. The overall shape is what Hyundai refers to as a “single curve”, with a rounded front end giving way to the long, gentle slope of the roofline.

That curves down to meet a little ducktail spoiler and a pixelated light bar running across the rear — both hangovers from the Prophecy concept and the latter a key part of the Ioniq design language.

Also aiding aerodynamics are a totally covered underbody, active air flaps in the nose that only open when powertrain or brake cooling is required, flush door handles and the option of cameras to replace the door mirrors.

Once inside, the driver is faced with a 12in digital instrument cluster running into another 12in infotainment screen in the centre of the dashboard.

The centre console is flat to allow users to work on their laptops or tablets, and the whole interior is finished in mostly eco-friendly materials such as flaxseed-dyed artificial leather, recycled plastic bottles, vegetable oil-based paints and recycled fishing nets. Occupants also have a choice of ambient lighting in 64 assorted colours including six dual-tone schemes. There’ll be a system known as Electronic Active Sound Design as well, which pipes a spaceship-like sound into the cabin, and which changes the texture of the sound based on the speed and the manner in which the car is being driven.

Drivers will be able to alter the Ioniq 6’s performance and driving characteristics via the EV Performance Tune-up system accessed through the central touchscreen, which will enable elements such as the weighting of the steering, the power of the motor and throttle response to be adjusted to the driver’s preference.

Thanks to the electric platform on which the Ioniq 6 is built, the interior should be spacious, giving generous legroom to both front- and rear-seat passengers.

As the Ioniq 6 is based on the same E-GMP modular platform that has seen use on the Ioniq 5, Kia EV6 and Genesis GV60, there’ll be a choice of battery packs and motor arrangements.

Topping the Ioniq 6 tree is a 321bhp dual-motor, all-wheel-drive version with a large 77.4kWh battery pack that will, Hyundai says, be able to get from a standstill to 62mph in 5.1 seconds. Other versions featuring rear-wheel drive and a smaller 53kWh battery will also be available.

Partially because of the Ioniq 6’s low drag coefficient, it’s a particularly energy-efficient car with a figure as high as 4.4 miles per kWh, which, according to Hyundai, enables a 77.4kWh model with rear-wheel drive and riding on 18in alloy wheels to achieve a WLTP range of up to 379 miles.

Rapid charging of up to 350kW is possible thanks to the 800-volt electrical architecture, enabling top-ups from 10% to 80% in around 18 minutes.

The same vehicle-to-load system seen on the Ioniq 5 will be present in the Ioniq 6 too, with not just an exterior port, but also a socket under the back seats for charging laptops, phones and other devices, enabling the car to essentially be used as a mobile power bank. Hyundai also confirmed an array of advanced driver assistance features including rear cross-traffic collision-avoidance assistance, blind-spot collision avoidance, side-exit assistance (to stop passengers opening the door into traffic), intelligent speed limit assistance (which reduces the car’s speed depending on the speed limit) and smart adaptive cruise control that “learns” the driver’s own driving style when it’s turned off and mimics that style when it’s on.

The Ioniq 6 won’t be the last model launched as part of the Ioniq sub-brand. Whatever else may be coming down the line, 2024 will see the unveiling of the Ioniq 7, a Hyundai Santa Fe-sized electric SUV based on last year’s futuristic Ioniq 7 concept, though little is known at present about the form that the production version will take.

Later this week, Hyundai will announce its plans to bring the high-performance N brand to the Ioniq line-up.

Production of the Ioniq 6 will begin in the third quarter of 2022, with order books opening later this year and the first UK deliveries commencing in 2023.