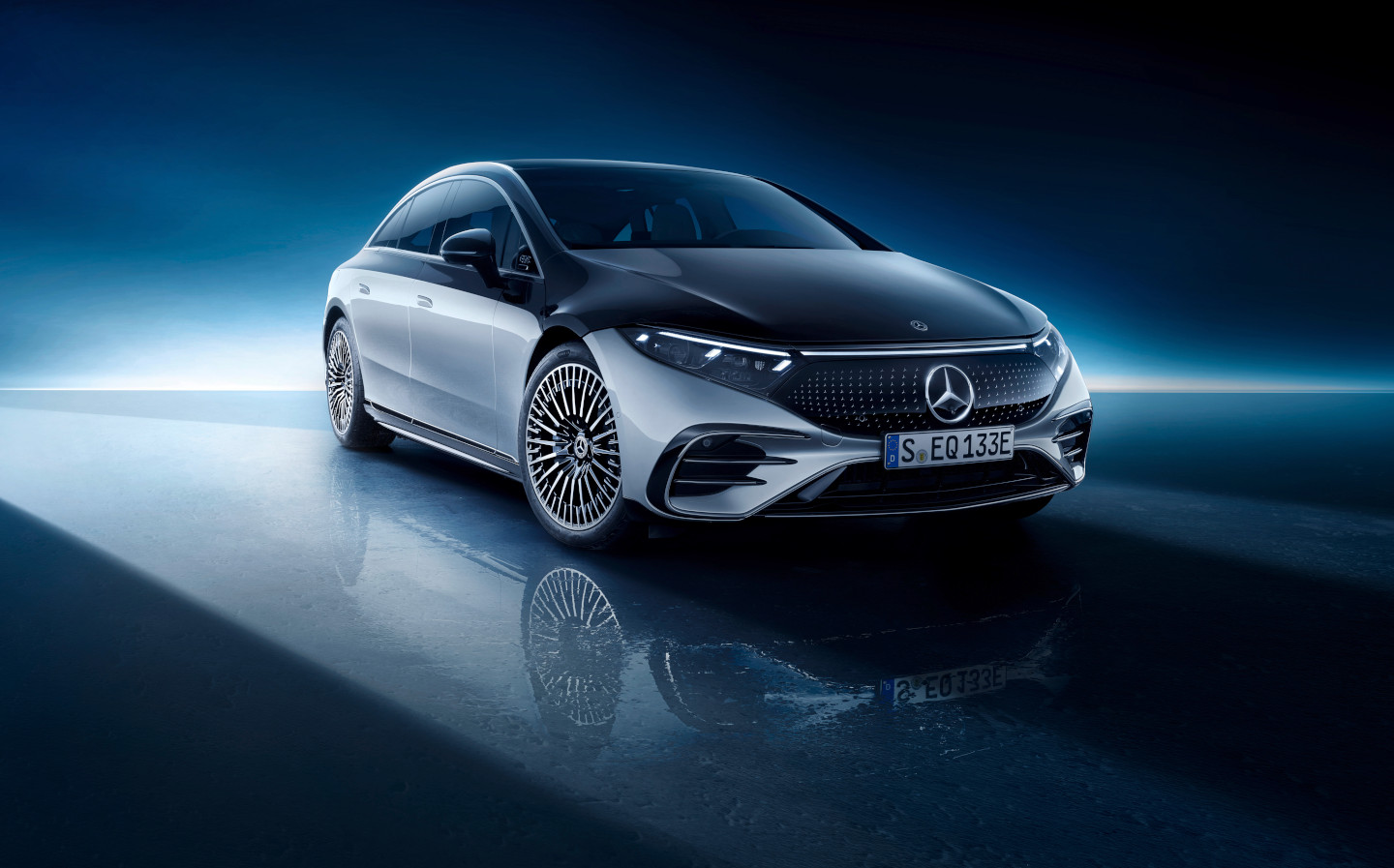 AFTER A long period of releasing snippets of information, Mercedes-Benz has fully unveiled its pure-electric flagship car, the EQS luxury saloon.

Many will think of it as an electric sibling to the S-Class, though it has been built from the ground up as an electric car and has an easily distinguishable design.

EQS will be made at “Factory 56”, Mercedes’ carbon-neutral production plant in Sindelfingen, Germany.

The German car maker claims to have crammed 40 innovations into the EQS, which it says pushes electric motoring technology beyond anything that has come before, encompassing the areas of battery performance, aerodynamics and electric motor efficiency. 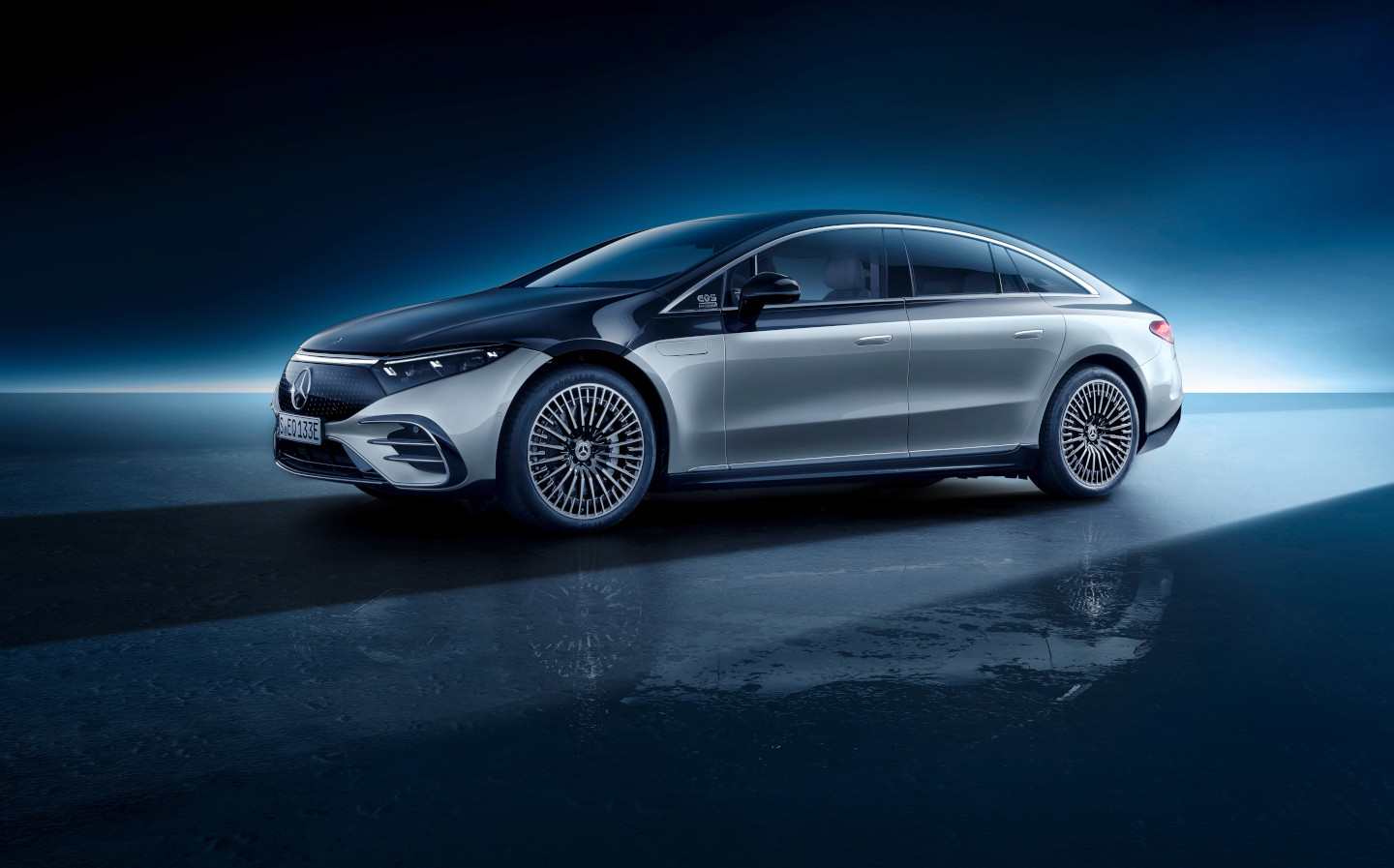 Mercedes hopes that the EQS will not only contribute in sales to its ambition to have a carbon-neutral fleet by 2039, but will introduce an ethos for future cars to do the same.

The S-class family, as an already-heavy, luxury group of cars that prioritises smooth, quiet motoring, is the perfect model for Mercedes to flex its electric muscles, with concerns about cost, weight and sporty handling below those of effortless acceleration, ultra-smooth power delivery, quietness and refinement.

The production model adheres closely to the Vision EQS, a concept car that Mercedes introduced at the Frankfurt Motor Show in 2019. Standout features include a short bonnet (there’s no engine to store, after all), a taut “one-bow” greenhouse that is as integrated as much as possible into the overall silhouette and contrast black panels with bespoke two-tone colour scheme. 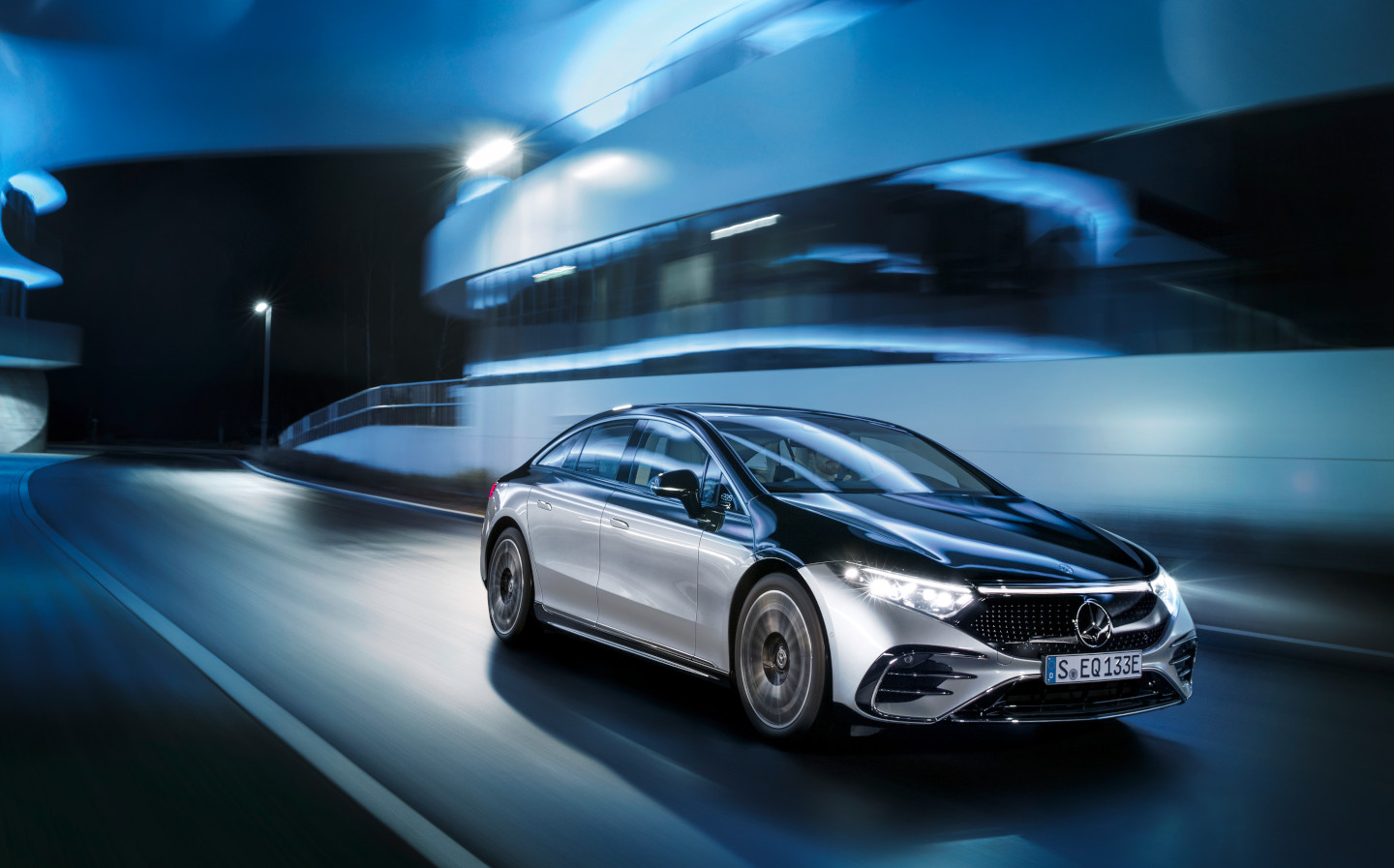 Its body shape contributes to the EQS’ drag coefficient of just 0.20, which makes it the most aerodynamic production car in the world, a title previously held by one of its competitors, the Tesla Model S. Being slippery through the air not only has benefits for range but also reduces wind noise inside the cabin.

As previously confirmed by Mercedes, the EQS’ aerodynamic qualities contribute to a range of 479 miles. While slightly short of the Tesla Model S Plaid’s 520 miles, this is a league above most electric cars offered by most rivals currently.

Mercedes says rapid charging takes 31 minutes: around the same as the Model S. If you can find a 200kW ultrafast charger, 187 miles of range can be added in just 15 minutes.

This is partially attributable to advances in Mercedes’ battery technology. While the EQC 400 4Matic SUV’s battery is just 26% smaller than the 107.8kWh unit in the EQS, its range is 255 miles — nearly half the distance. This is partly due to improved energy density of the battery pack, says Mercedes. 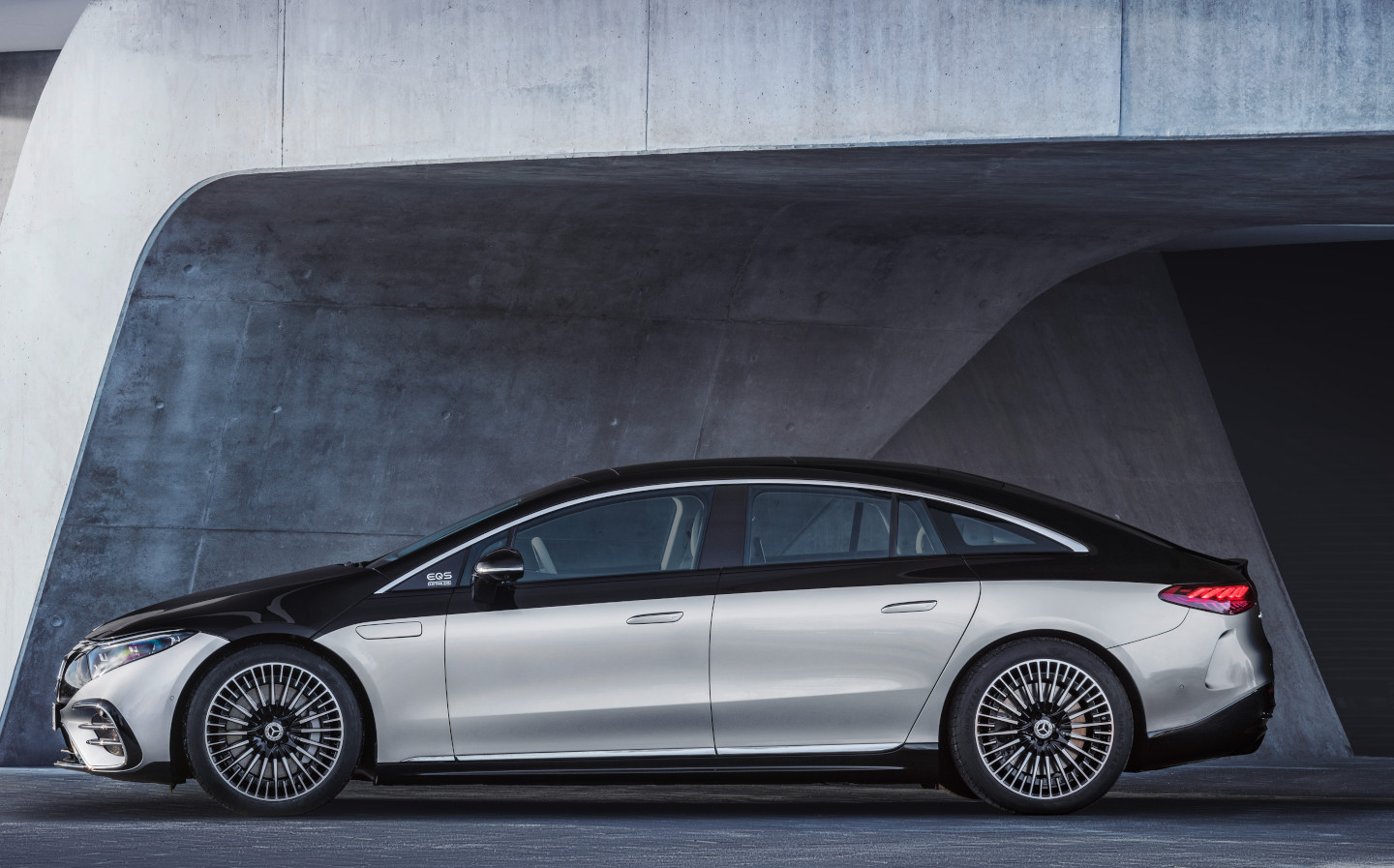 And while it has not yet succeeded in creating a cobalt-free battery, the ratio of nickel to cobalt to manganese in Mercedes’ new unit is 8:1:1, meaning that levels of the precious metal are reduced to just 10%. Other manufacturers, such as BMW, have also been reducing the amount of cobalt used in their electric vehicle battery packs.

Mercedes also claims that, even after a decade of use (or 250,000 miles of travel, whichever comes first), the battery will retain around 70% of its capacity.

The battery is linked to an electric motor that puts out 329bhp in rear-wheel drive EQS 450+ guise, or 517bhp in the all-wheel drive 580 4Matic. A high-performance version with 751bhp is also in the works, Mercedes has confirmed. 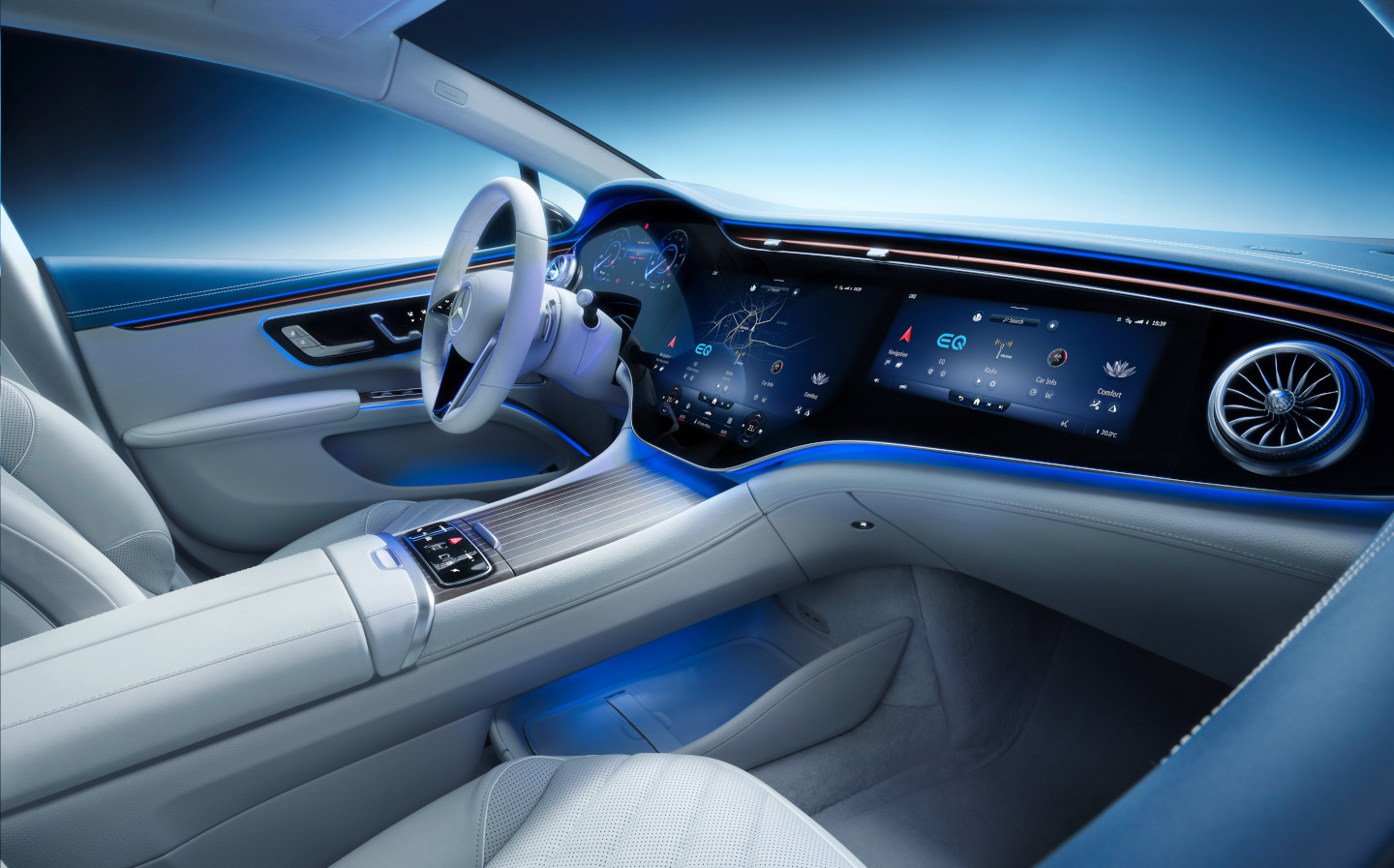 The car maker revealed details of the EQS’ interior last month. The cabin is focused around a dramatic, curved “hyperscreen”, which stretches the 141cm between the two A-pillars and comprises three separate screens. All important driving functions can be accessed without having to interact with a single menu, claims Mercedes.

However, the base EQS trim will not come with the Hyperscreen (despite the fact that Mercedes calls it the “brain and nervous system of the car”). Instead, it will be replaced by a slightly more traditional dashboard.

The Mercedes EQS will go on sale in late summer, with the first deliveries expected by the end of the year. Prices will not be revealed until the model goes on sale, the company says.