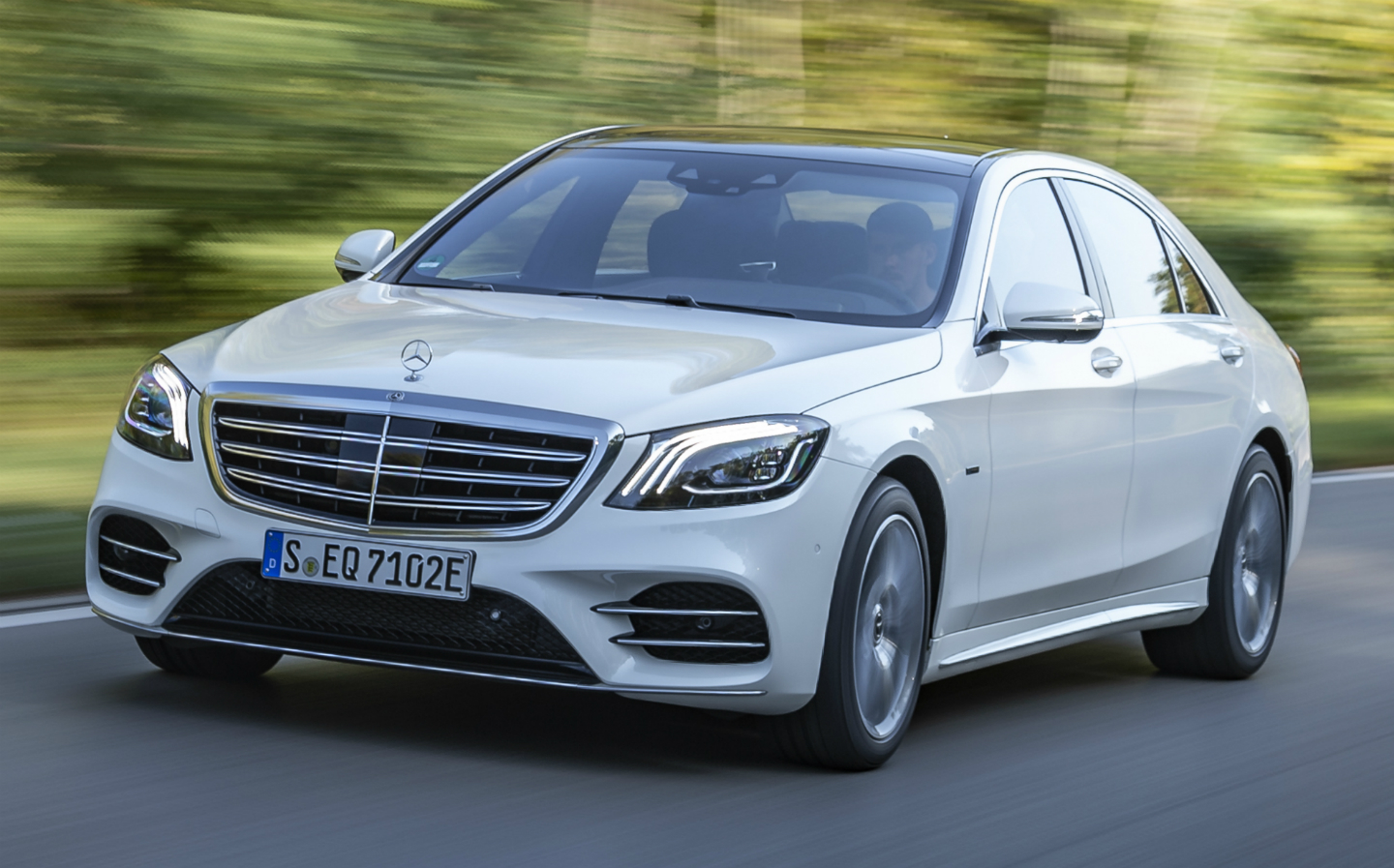 WITH JEREMY Clarkson’s passion for powwerrr being a known quantity, it perhaps isn’t a surprise that he’s firmly on board with hybrid tech when it’s applied to supercars.

As long as the petrol-electric pairing produces the “neurologically impossible-to-compute speed” of the Porsche 918 Spyder or the “portal to a wormhole” acceleration of the McLaren P1, the Grand Tour host seemingly hasn’t a bad word to say about them.

Less powerful hybrid performance cars, like the 369bhp BMW i8 Roadster he reviewed earlier in the year, have also received the seal of approval from the Sunday Times columnist.

However, how do these eco-friendly vehicles fare when they aren’t ultra-fast speed machines? To find out, you need only turn to the Sunday Times Magazine today, in which the critic reviews a very different sort of plug-in hybrid: the Mercedes-Benz S-Class luxury limo, in “S 560e L” guise.

Things get off to an encouraging start in his latest review, as JC is more-than-satisfied with the plug-in punch of the Mercedes. While he muses the 362bhp 3-litre, turbocharged six-cylinder petrol engine isn’t strong enough on its own to lug about all 2.2 tons of the S-Class, having an extra 120bhp of electrical assistance to call upon turns the car into a genuinely brisk machine.

In fact, the writer goes as far to say there may perhaps be too much power in the electrified S-Class: “There’s so much grunt from the giant hybrid power pack, in fact, that sometimes it’s difficult to set off without a bit of wheelspin. I’m not sure that Fatty Arbuckle in the back will be impressed if this happens every time the lights turn green. So, chauffeurs beware.”

Not that a bit of on-throttle skittishness is enough to dampen the S-Class’ credentials as a comfy cruiser, however. Clarkson says “the back [of the car] is a lovely place to be”, adding that it has “so much room even I couldn’t touch the seat in front with my feet”.

That’s impressive, given his 6ft 5in height. The only other car to get the same praise that we can think of is the Bentley Mulsanne Extended Wheelbase, and even more luxurious limo that Clarkson reviewed in January this year.

Not that his Mercedes was lacking in fineries: his test car was fitted with items like headrest pillows and optional extendable leg rests, which made being driven about in the Merc as pampering an experience as motoring gets.

By far Clarkson’s favourite toy, though, was the DVD player fitted to the test car: according to the critic, when he returned home following a day spent filming new Who Wants to Be a Millionaire episodes, having kicked back en route with Butch Cassidy and the Sundance Kid he concluded, “man has not yet invented a better way of doing a journey like that”.

It wouldn’t be a Clarkson review if there wasn’t a caveat, of course, and the critic has a fairly big one for his assessment on the S-Class. While Mercedes claims the hybrid limo can return between 104.6mpg and 128.4mpg on the tough new WLTP economy test cycle, Clarkson does again question whether plug-in hybrid cars like this are “even remotely ecological”, before going on to say: “Buying the S 560e is a bit like flying to New York on a private jet, then salvaging your conscience by buying a geranium”.

In fact, he wonders whether it would make more sense for anyone interested in the plug-in hybrid Mercedes-Benz S-Class to ignore the model entirely, and instead spend a bit more money on one of the faster, more powerful and (needless to say) less frugal Mercedes-AMG versions.