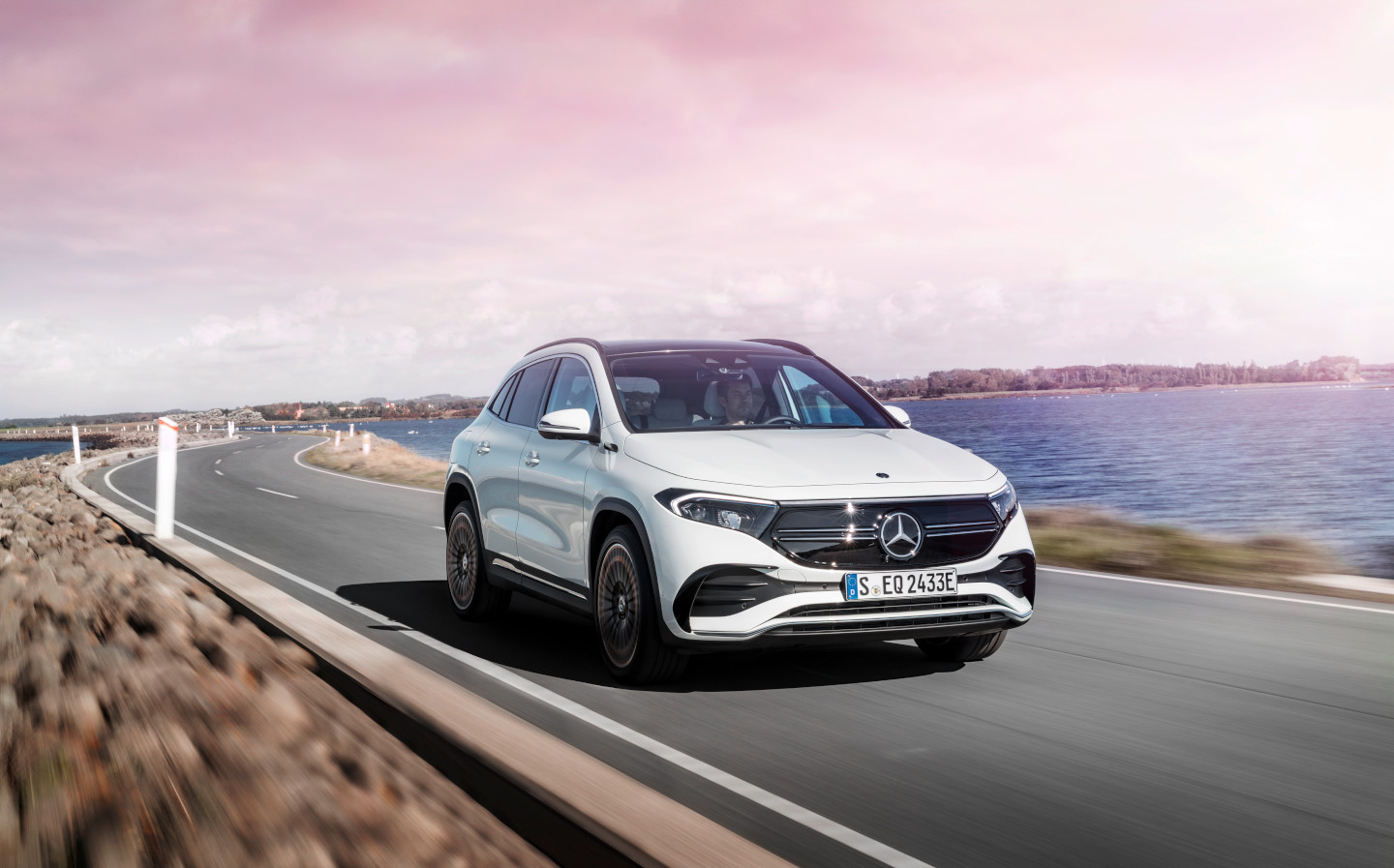 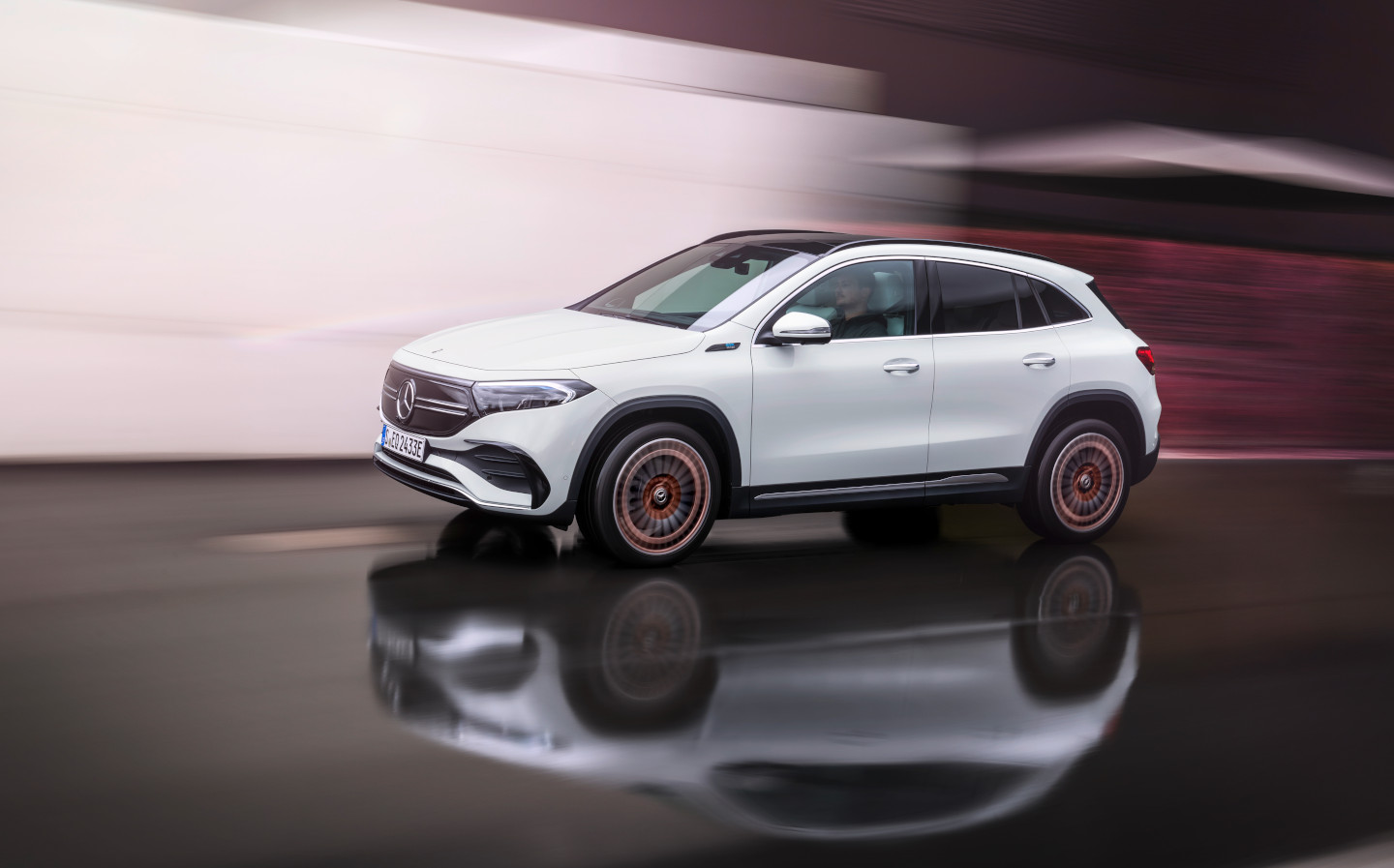 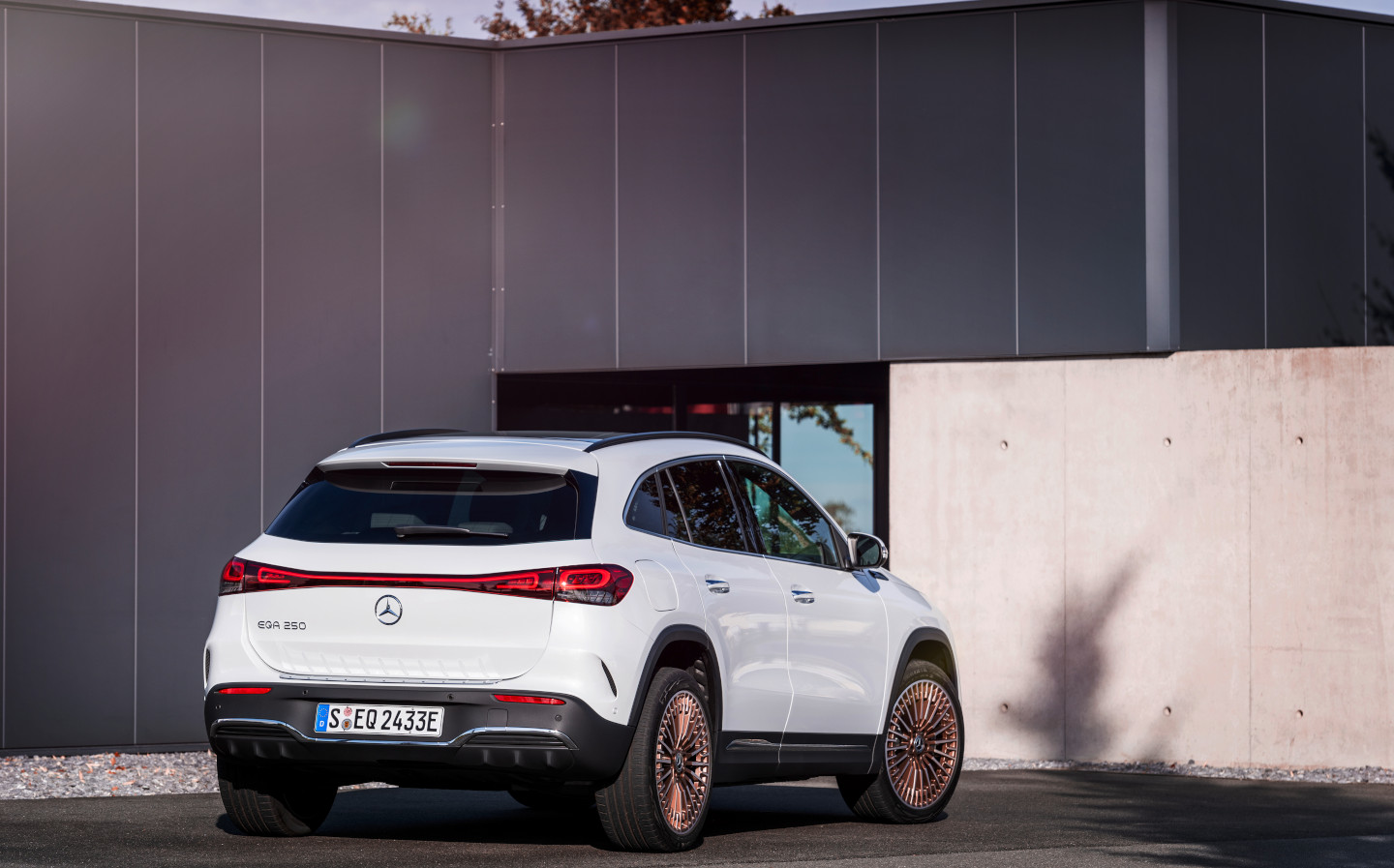 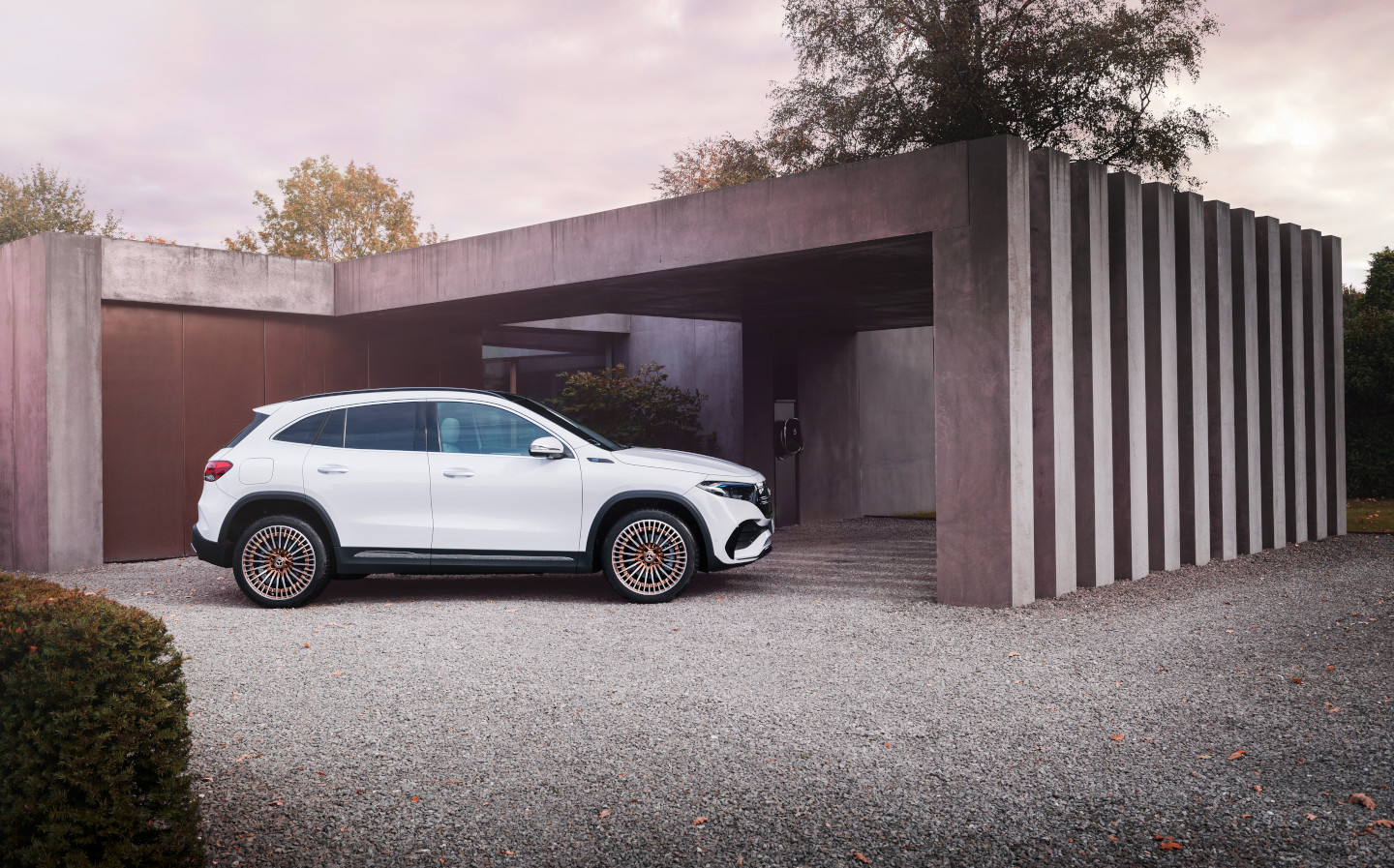 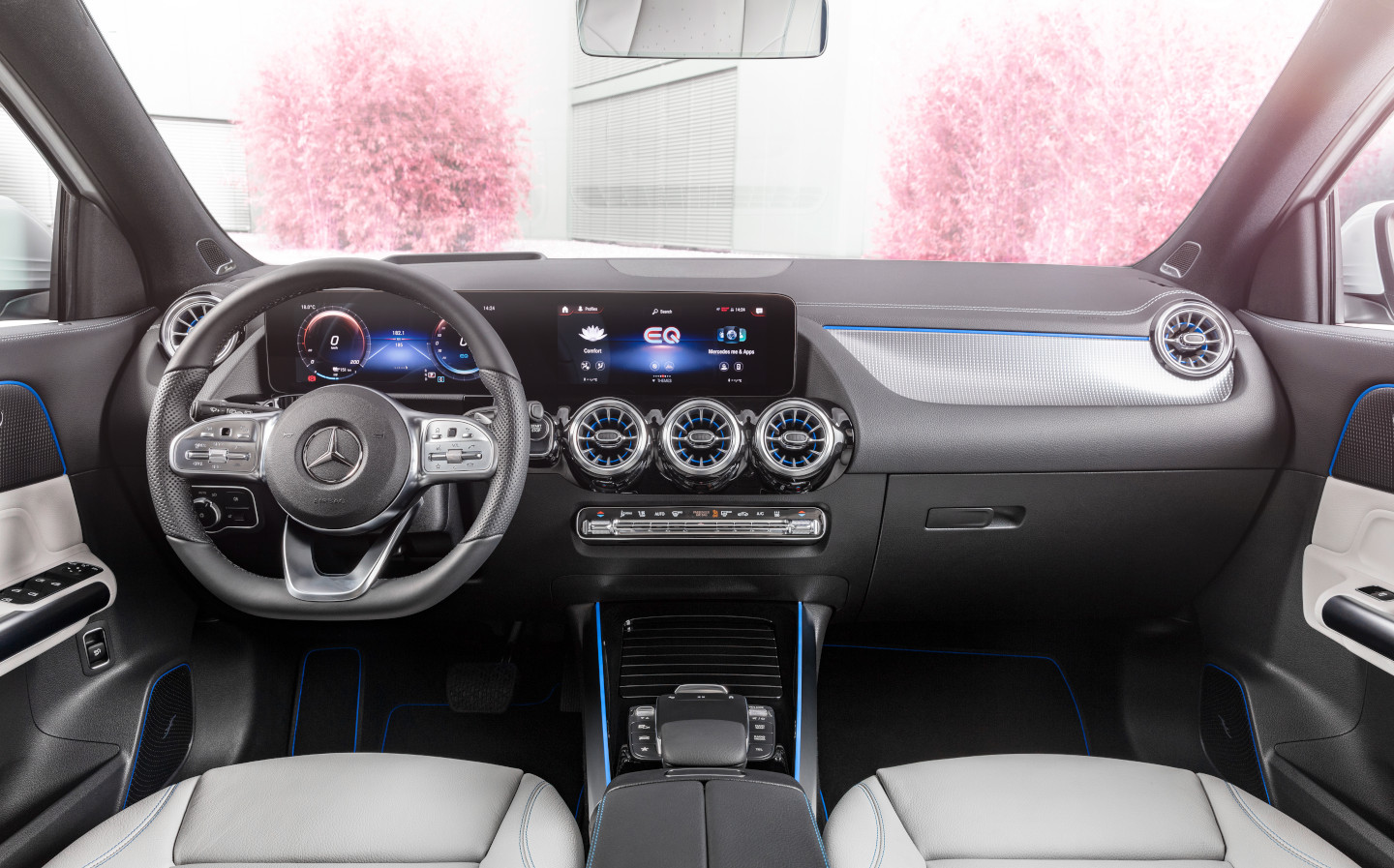 MERCEDES-BENZ has announced that its smallest electric car, the EQA, is now on sale, with prices starting at £40,495 OTR including the government’s £3,000 plug-in car grant.

The compact crossover, based on the GLA, is the third to join Mercedes’ electric EQ line, after the EQC and EQV people carrier. It is the first of a trio of EQ models that Mercedes will release this year — the EQB compact SUV and EQS saloon are due to be revealed in the coming months.

Although further variants will follow, including an all-wheel-drive twin-motor version with more than 260bhp, and a model with an impressive 310 miles of range, the only EQA available from launch is the EQA 250, which Mercedes thinks has the widest appeal.

Powered by a 66.5kWh battery, the EQA 250 has a claimed range of 263 miles — almost exactly same as the Volkswagen ID.3 hatchback and similar to the Volvo XC40 P8 Recharge, another rival.

If a 100kW rapid charger is used, the EQA can recharge from 10% to 80% in around 40 minutes, while recharging using a 11kW home charger takes five hours and 45 minutes. Buyers also gain access to the “Mercedes me Charge” network, which comprises more than 350,000 charging units across 31 countries.

The EQA 250 is powered by a single electric motor, which sends 185bhp and 277 lb ft of torque to the front wheels. 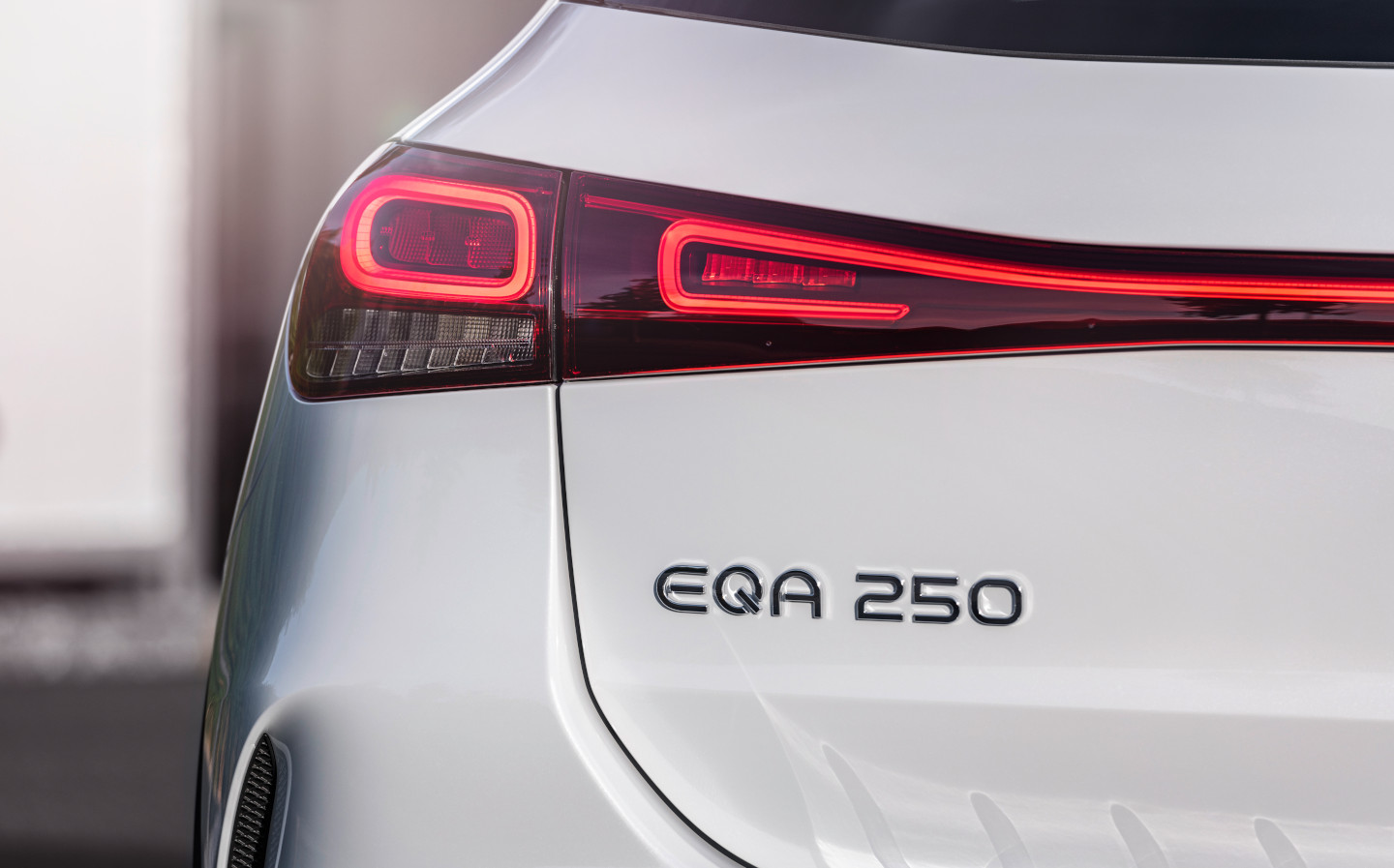 Mercedes said upon the launch of the car in January that it would focus primarily on battery efficiency rather than battery size when improving range. It said that the key to a larger range is “not in ever-larger batteries, but in systematic improvement in the efficiency of all vehicle components”.

In the EQA this mantra manifests itself through features like a thermal management system that uses waste heat from the battery — rather than actual battery power — to heat the cabin, which in turn improves range. Which seems obvious now we think about it.

The entry level trim comes in the form of the EQA 250 Sport, which comes with cruise control, electric mirrors, a reverse parking camera, LED headlights with Adaptive Highbeam Assist (which adapts the range of the lights depending on traffic conditions) and seats with four-way lumbar support, as well as Apple CarPlay and Android Auto compatibility.

An extra £1,500 buys the AMG Line trim, which replaces the standard 18in alloys with 20in versions and gains different body styling, an aluminium interior trim and leather sports seats.

A further £3,000 upgrade, available only on the AMG Line, adds 19in AMG five-twin-spoke alloys as well as creature comforts including a panoramic glass sunroof, an upgraded sound system, wireless phone charging and an augmented reality navigation system.

The most luxurious options, which include electronically adjustable damping suspension, 20in multi-spoke alloys and electrically adjustable front seats with a memory function, come as part of the Premium Plus package, which affords a £6,000 premium over the base cost of the AMG Line.