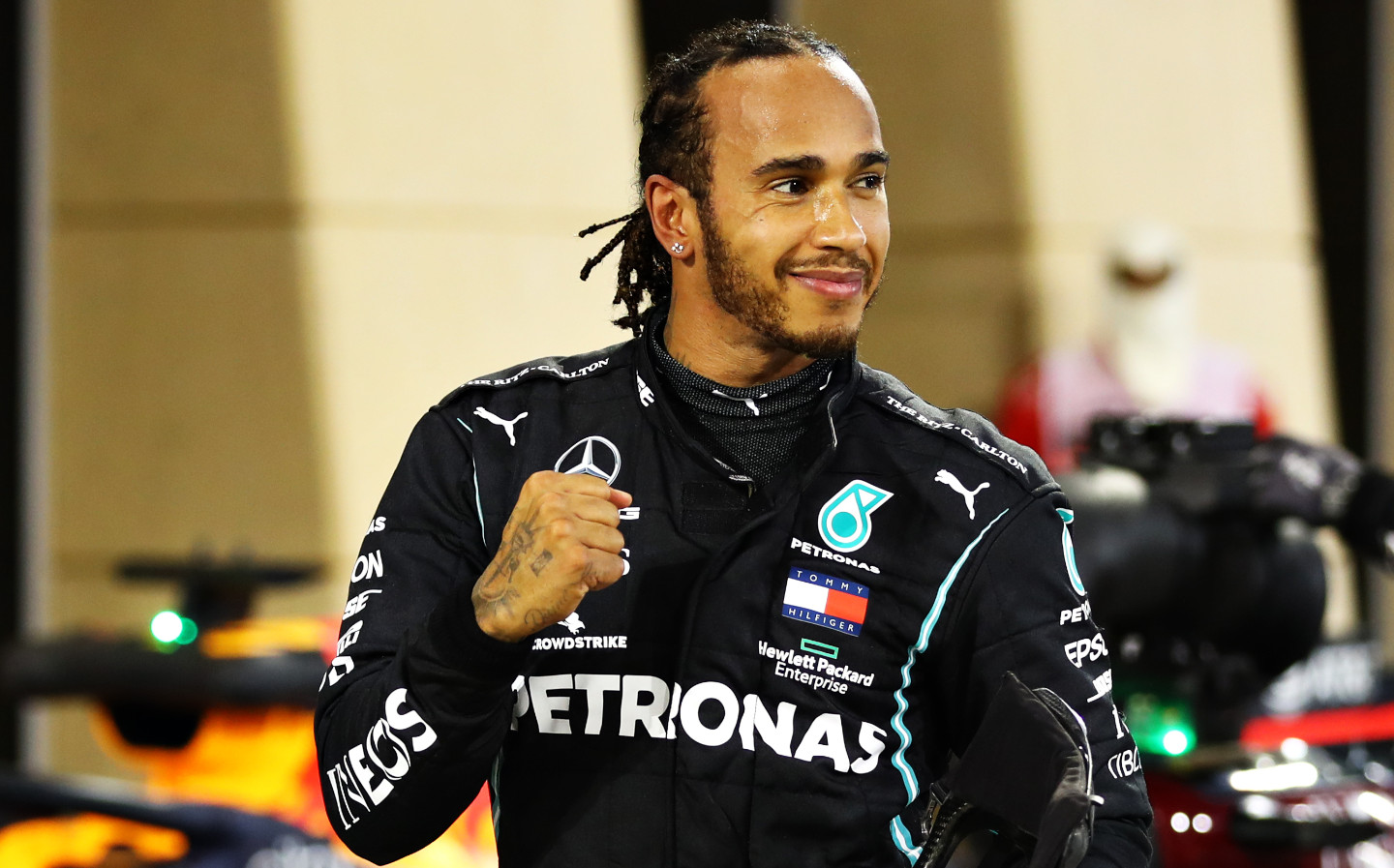 SEVEN-TIME F1 world champion Lewis Hamilton has told The Sunday Times Magazine that he is finished with his “period of wanting things”, and that spending time with his family is more important to him than material possessions.

The 35-year old, who is back behind the wheel of his Mercedes F1 car for his weekend’s Abu Dhabi Grand Prix after testing positive for coronavirus at the beginning of December, has reflected on his life and childhood in an interview with the magazine. He said that, after going through a period of materialism he has realised that “you don’t actually need any of that shit”.

“What is really valuable and you can’t get back is time with those you love,” he added.

Monaco resident Hamilton said that he is looking forward to the festive traditions that he and his family participate in at Christmas time, back in the UK, and that he tells his family not to “waste money” buying him Christmas presents. Instead, they have a Secret Santa.

“We hit the shops to find cheap gifts, limiting ourselves to just half an hour. Then on Christmas Day we roll the dice and everyone gets to choose the present they want from the pile. It’s the most fantastic thing.”

Hamilton added that if he were to treat himself to something, it is to go on holiday with friends rather than buy himself material goods. He reveals he would like to travel to one of the wonders of the world — specifically, the pyramids — or go surfing in Bali.

Supercars no longer mean as much to Lewis Hamilton

Hamilton, who is the UK’s richest athlete, according to the Sunday Times Rich List, has previously built up a fleet of enviable supercars (which he keeps in America) including a McLaren P1, Pagani Zonda, Ferrari 599 SA Aperta and Mercedes-AMG One, as well as a pair of classic Shelbys that reportedly take pride of place among the collection.

Hamilton said that his desire to own supercars can be traced back to when he first met former title rival Nico Rosberg: “He was a world champion’s son and his dad had 26 cars. I never knew you could own more than one car! He turned up in a Lamborghini at one race and we arrived in a Fiat Cinquecento. I remember thinking, ‘Wow! One day I’m going to have one of those too.’”

However, Hamilton says he now focuses less on his car collection and more on family, and social initiatives like environmental sustainability. He sold his private jet last year due to its environmental impact, has founded a racing team in Extreme E — a motor sport that aims to shed light on the incipient effects of climate change — and has invested in businesses like a chain of vegan burger restaurants. Hamilton himself follows a plant-based diet.

The F1 star told The Sunday Times Magazine that spending time with family is the thing he is most looking forward to right now — namely, hugging his mum and playing tennis with his dad.

Hamilton also revealed that he turned up spontaneously at his childhood home earlier this year. “It had changed a lot inside but the fireplace my father built was still there. The owners were a bit surprised but really kind,” he said.

My dad and I aren’t great at tennis but we are trying to get better. I always use a slice to beat him and he always falls for it. He’s finally got me today? People ask me, how will you celebrate? We’ve got life to celebrate and spending time with family is how I am celebrating. pic.twitter.com/VOthGkIkok

During the interview, in which he set out a drive he was planning to do in the area around Stevenage, his childhood home,  over Christmas, Hamilton reflected on both fond and sombre childhood memories he had in the area.

He recalled his experiences at the Rye House circuit in Hertfordshire, where he first learned to race karts, including memories of his mother, prepared with Pot Noodles and bacon sandwiches, waiting for him to finish races.

However, the track was also where he first experienced discrimination in motor sport. “I remember people looking down and talking down to Dad and me,” he said. “It wasn’t just the parental bickering you get between families at the trackside — I’m talking about racism.” 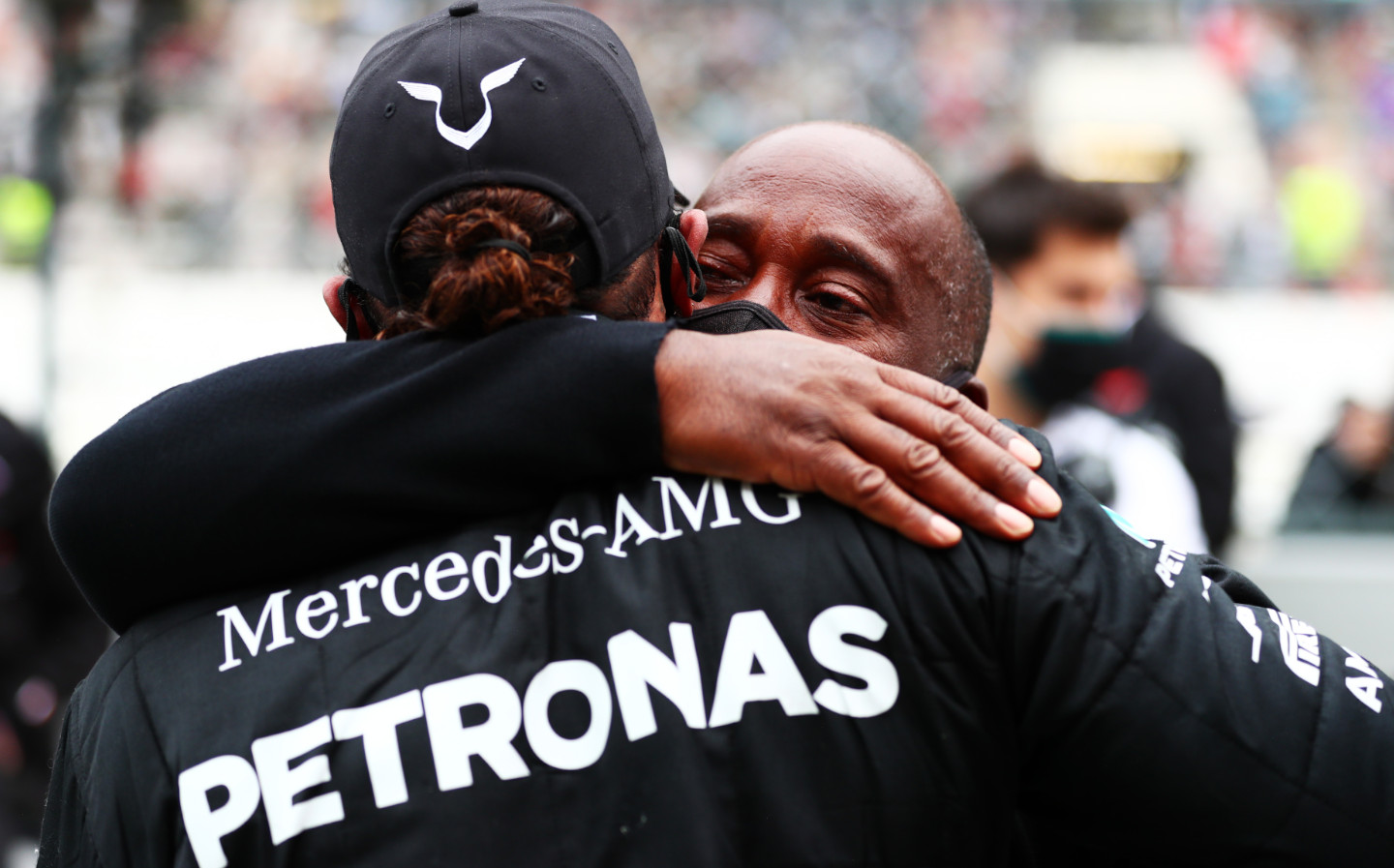 Hamilton has pushed for more diversity in F1 since his arrival, and earlier this year set up the Hamilton Commission, a research partnership with the Royal Academy of Engineering that explores how to engage more people from diverse backgrounds in Science, Technology, Engineering and Maths (STEM) subjects.

To read the full interview with Lewis Hamilton, go to The Sunday Times website or grab a copy of today’s Sunday Times Magazine.