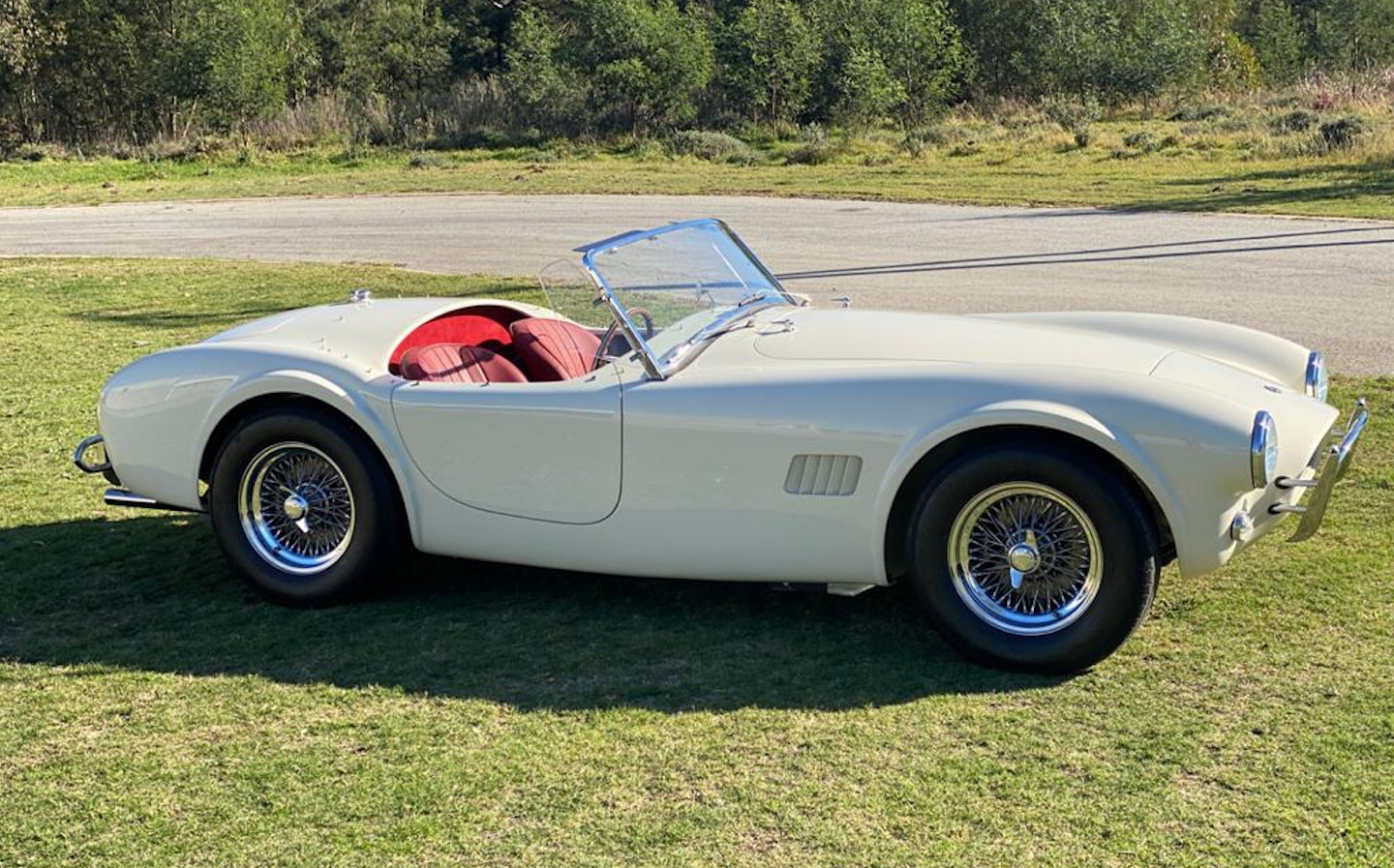 THE AC COBRA — a transatlantic tryst arranged by engineering legend Carroll Shelby between the British AC Ace and a big American V8 engine from Ford — earnt a reputation as a brash, unforgiving race winner. It’s still popular with champions today today, with Lewis Hamilton owning a pair of them.

Though the Cobra was a winner on track, it was a commercial failure and Shelby stopped importing cars from England in 1967. However, it has lived on in various guises over the years, and the AC Cars name is now being reborn with a limited run of Cobras, including a pure-electric version.

Despite the modernisation, AC is sticking as closely as possible to the iconography of its most famous car. The pretty silhouette of the Series 1 Cobra is being maintained as far as possible, and changes are only being made to the chassis where necessary in order to accommodate electric components like batteries.

It will, being electric, sound rather more sedate than the Cobras of yesteryear, but AC says that it “will not compromise the 1962 style and appeal of the gloriously identifiable bodywork”.

The famously tempestuous Cobra has also been updated to adhere to modern driving standards. In its press release, AC seemed almost loath to go into details of how it has tamed a car with a reputation for making your life flash before your eyes: “There are a number of upgrades for the electric car, including steering, brakes and so on.”

The Series 1 electric, of which there will be only 58 made (a reference to the number of years since the first AC Cobra was produced), has a 54kWh battery giving a claimed range of 150 miles — not quite Tesla stats, but enough to ward off too much range anxiety. The Series 1 electric also has 308bhp, which can get the car from 0-62mph in 6.2 seconds. Buyers can choose one of four colours: AC electric blue, AC electric black, AC electric white (pictured above) and AC electric green.

If the idea of an electric Cobra sounds to you like AC is taking away its venom, there will be a petrol engine option, sourced from a Ford Mustang, no less. However, the Cobra 140 Charter Edition, doesn’t take the Mustang GT’s V8 powerplant; instead it will use its alternative 2.3-litre EcoBoost engine.

The battery pack is not only heavy but also expensive, which goes some way to explaining why the AC Cobra Series 1 electric has an eye-widening price tag of £138,000 plus on-the-road costs. The Charter Edition, meanwhile, will set you back around £85,000.

Reflecting on the place that small marques like AC occupy in the current, tumultuous car market, Alan Lubinsky, chief executive of AC Cars, said: “Our long saga reflects the many challenges of making sports cars in low volumes in the modern world. But, over the years, our belief in the brand has been sustained by the loyalty and support of AC Cobra owners worldwide.

“Their faith has given us the motivation to keep on striving to give AC a future – and with these superb new products, engineered not just for today but for tomorrow, I am convinced we have given AC a bright future.”

AC Cars is set to release more details regarding the new Cobras on July 1, and deliveries for both versions of the car will begin in the last quarter of this year.

Hugh Jackman in talks to play Enzo Ferrari in biopic