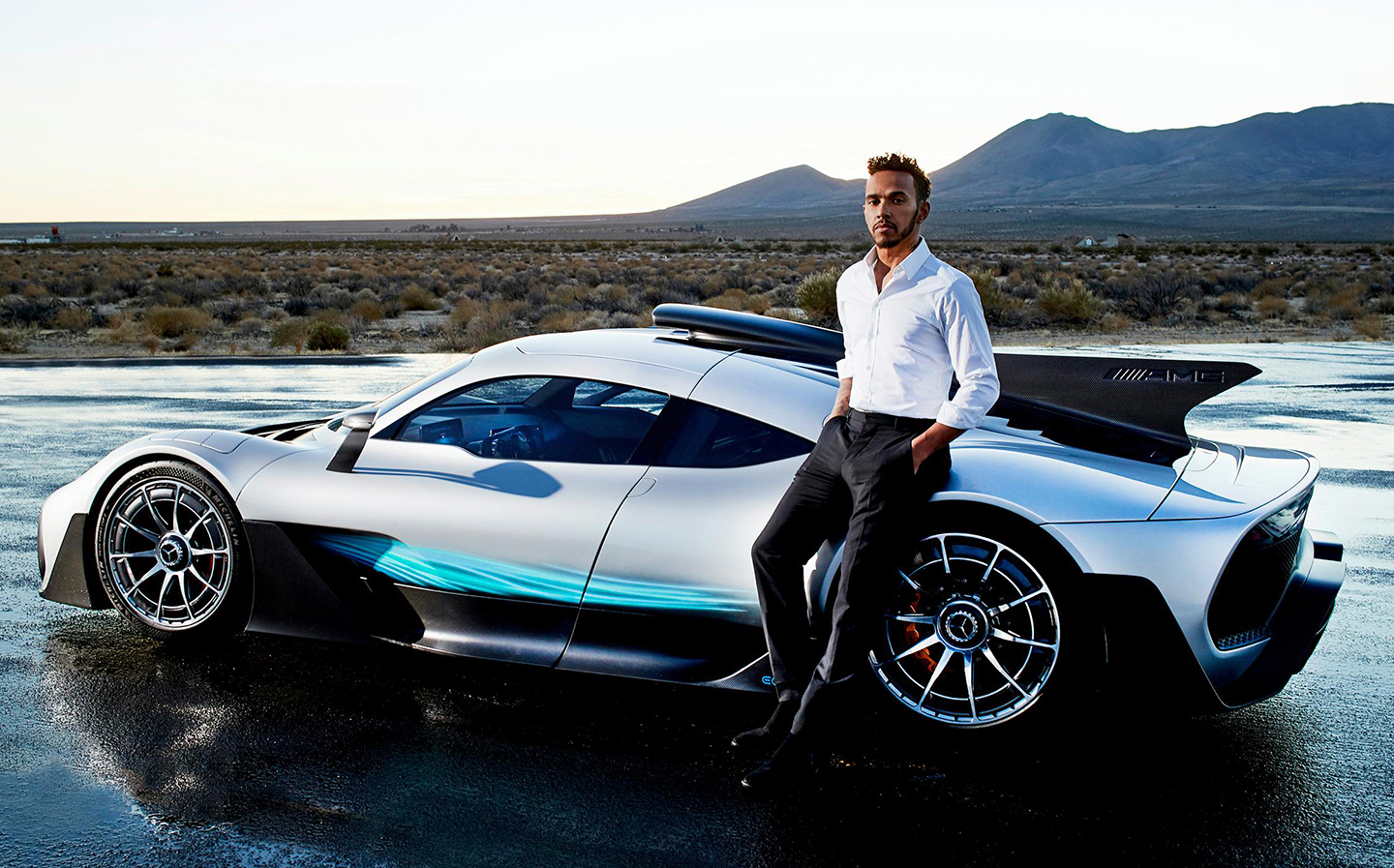 WHETHER on a racetrack or a public road, there is such a thing as too much time behind the wheel for Lewis Hamilton. “I do like driving,” he says, almost defensively, “but I hate sitting in a car for more than a couple of hours.”

You can see his point. Even though he spends less time racing than any other Formula One driver — because he’s the quickest — he doesn’t like to take his work home.

Off the track, he’s happy to be a passenger in one of his three chauffeured cars: a Mercedes-Maybach S 600, a Mercedes GL 63 and a Cadillac Escalade.

He’s previously talked about the perils of being recognised at traffic lights, where admirers try to gain bragging rights by racing him. The last thing he wants is a burn-up at the traffic lights, he has said. “There’s just no point risking it.”

He keeps “something like 15 cars”, eight of which he classes as “special”. Divided between his main residence in Monaco and a garage he rents in Los Angeles, they include a pair of original Shelby Cobras and a Mustang, a Ferrari 599 SA Aperta, two LaFerraris, a McLaren P1 and a £1.6m custom Pagani Zonda 760.

Space will have to be made for the Mercedes-AMG Project One (pictured), of which he’ll receive one of the first next year. It’ll be powered by the same 1,020bhp hybrid engine as his company car.

It’s an impressive collection for a boy from Stevenage who got interested in cars when, aged six, his father bought him a radio-controlled model. Two years later, he started karting and was talent-spotted by McLaren.

“So many sportsmen — sportswomen are generally a smarter species — have squandered their money. I’m very conscious of that”

After passing his driving test in 2002, he got a second-hand Mini Cooper, followed by a Mercedes C 200, which was lent to him by a dealership.

“That was very cool when you’re only 18,” he says of the C-class. “It went down very well with the ladies! Me and my boys couldn’t get into clubs because we looked underage, but once we started rolling up in the C-class we were straight in!

He made his F1 debut in 2007, missing the title by one point, then returned in flying form the next season, securing the championship for McLaren on the final corners of the final race.

He was favourite to win this year’s British Grand Prix at Silverstone, which would have been a record sixth British GP victory, and put the car on pole position but was hit by Kimi Räikkönen’s Ferrari on the opening lap and had to fight his way back up the order, eventually finishing second.

His winnings have made him wealthy — according to The Sunday Times Rich List, the 33-year-old’s personal fortune stands at £159m. He may yet overtake David Beckham as the nation’s richest sports star.

So what does he do with it? Not surprisingly, he regards cars as a safe place to put his money.

“Banks are doing nothing these days,” he scoffs. “So many sportsmen — sportswomen are generally a smarter species — have squandered their money. I’m very conscious of that.

“I don’t know anything about wine. I don’t know a huge amount about art. But what I do know is cars, and I’m very particular about them.”

After the Mini, the next car Lewis bought with his own money was a Ferrari 599 GTO, which he only recently sold.

He’s kept the 599 SA Aperta, though. “Only 80 were made. I tend to have two of the same car, because when they bring out a more limited edition I have to have it.”

Likewise, in LA, he keeps a candy red LaFerrari hardtop and a pearl white LaFerrari Aperta, values of which have soared from £2m to £7.5m.

“I could sell them all for way more than I paid for them, but these are my babies, my art pieces, and I’ve worked hard for them.”

Another car that’s quadrupled in value is his 1966 Shelby Cobra 427. “I found it and called Carroll Shelby to check it out for me. He said it was one of the best he’d seen in a long time, all original. Carroll died a month after I bought it.

Getting the great Carroll Shelby personally to vet his purchases followed a previous bad car-buying experience.

“I got a ’67 Shelby Mustang GT500, because I’d seen Steve McQueen drive a Mustang in Bullitt. Beautiful car, but a heap of junk. The company did a good job on the paint job, but the rest of the car just isn’t very good, so I never drive it.”

Other cars in his collection are meticulously put together, but don’t drive well.

“The Zonda is terrible to drive! It’s the best-sounding car I own, but handling-wise it’s the worst. I got it in manual because I didn’t like the tiptronic version.

“The tiptronic Pagani offered was worse than the Smart Roadster I had. I’m used to quick gearshifts, so I’m more critical than most customers. If you asked me to design my own supercar I’d have it manual.”

“The Zonda is terrible to drive!”

Lewis is strict with himself about how much he plays with his toys. “In LA, I’ve got a tow truck and a handyman. If I think I’ve had my excitement quota for the day I’ll ring him up and he’ll collect it from wherever I am.”

Paparazzi recently snapped Lewis’s white LaFerrari being towed from a restaurant in Malibu and it was falsely reported that the car had broken down. In fact, Lewis was just trying to keep the mileage down.

Future acquisitions may include a Mercedes 300 SL with the gullwing doors and, perhaps, a Ferrari 250GT California Spyder. “That’s the dream car, like the one in Ferris Bueller’s Day Off. When I retire, that’s what I want to drive.”

Unlike other retired F1 drivers — who have quit and taken up endurance racing — he says he has no appetite for Le Mans 24 hours, which requires far longer than two hours behind the wheel.

Lewis Hamilton: My life in cars

This interview by Adam Hay-Nicholls originally appeared in the Sunday Times Magazine ahead of the British GP. It has been updated here to reflect his result in the race.