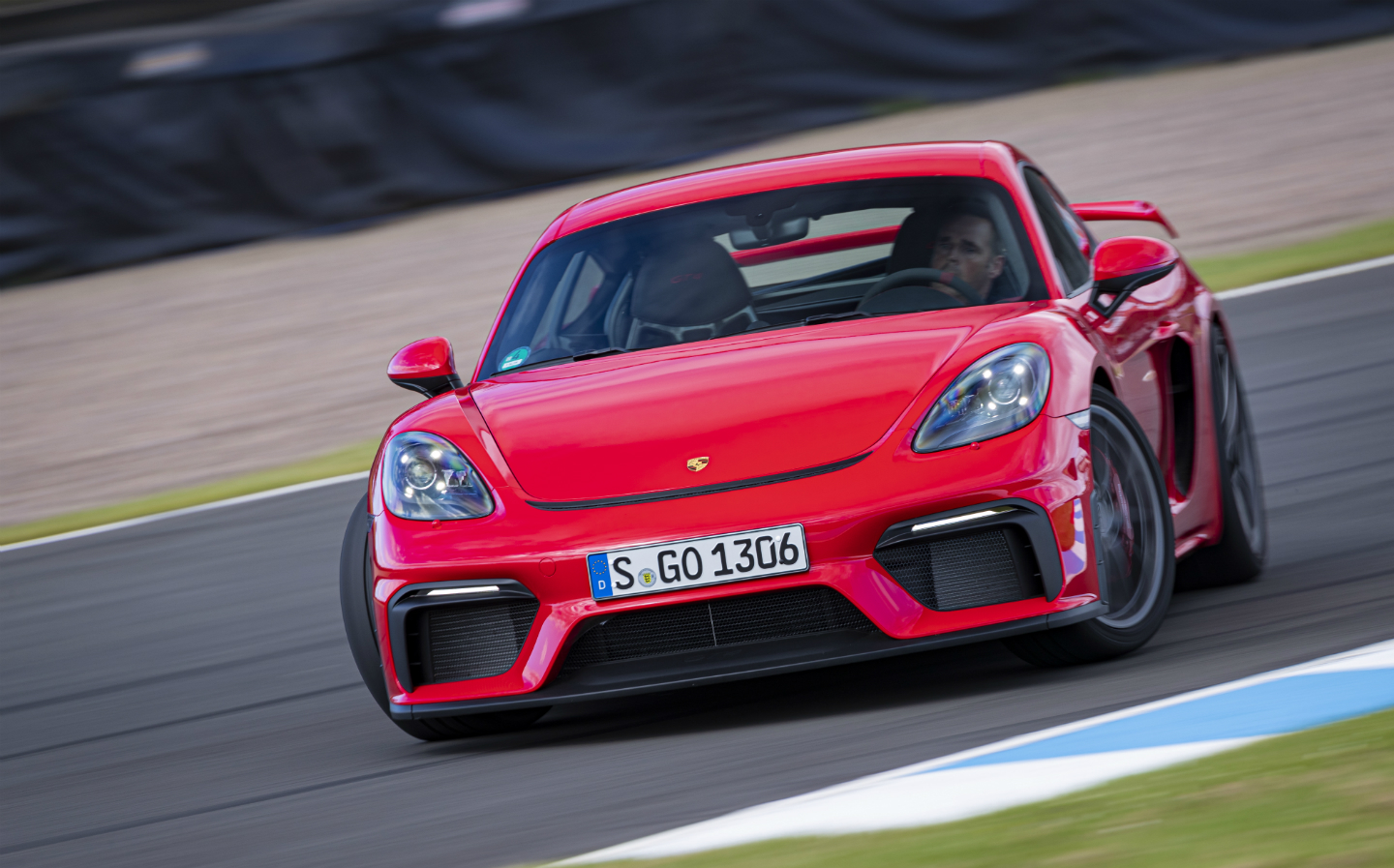 JEREMY Clarkson is famous for having a few problems with the Porsche 911 (“its engine is in the wrong place”) but he’s proven a big fan of the German’s sports car maker’s smaller, mid-engined models.

In some of his many Porsche write-ups for The Sunday Times, the motoring journalist and TV presenter has described the hard-top Cayman as a “simply spectacular” machine that leaves its rivals “shivering in the cold, hard shadow of the Cayman’s magnificence“, and called the convertible Boxster “wonderful“.

So, with the Grand Tour host seemingly warming to Porsche cars as time goes on, it’s perhaps no surprise to hear he thoroughly enjoyed his time behind the wheel of the latest model from Stuttgart to be delivered to his driveway: the track-focused Porsche 718 Cayman GT4.

In today’s Sunday Times Magazine, Clarkson lavishes plenty of praise on the GT4, singling out the “spectacular” bucket seats, the “perfect” driving position and the “bundles of grip” from its super-sticky tyres.

With comments like that, you would have thought the Porsche 718 Cayman GT4 would go right at the top of Clarkson’s performance car wishlist, up there with the Ferrari 488 Pista he crowned his supercar of the year for 2019. However, his verdict on the Porsche took a bit of a hit after his test car broke down while he was behind the wheel.

It wasn’t a little issue that brought the Porsche to a halt, either. According to the controversial critic, he was forced to pull over after the GT4 was struck by a “proper, old-fashioned, steam-and-noises breakdown”.

Though diagnosing the problem was easy (a warning prompt on the dashboard handily highlighted the fault as a low coolant issue), sorting it out wasn’t anywhere near as straightforward. Despite having two honorary engineering degrees to his name, Clarkson confesses it took him a while to figure out what he thought to be the front suspension turrets were in fact the Cayman’s oil and water filler caps, and only located them after a quick Google search on his phone by the side of the road.

All that Internet browsing and faffing about with filler caps came to nought shortly later, as the car failed again shortly before reaching his house. Clarkson claims this time the dashboard was lit up with the warning, “Achtung! For you, Tommy, ze drive is over,” though his hunch that the problem was caused by a faulty water pump that “dumped coolant all over the alternator” were proven right when Porsche inspected the Cayman GT4 the following day.

Long story short, then, Jeremy Clarkson reckons the Porsche 718 Cayman GT4 he was given to review was “a very good car” overall — right up to the point it “came over all British Leyland”.