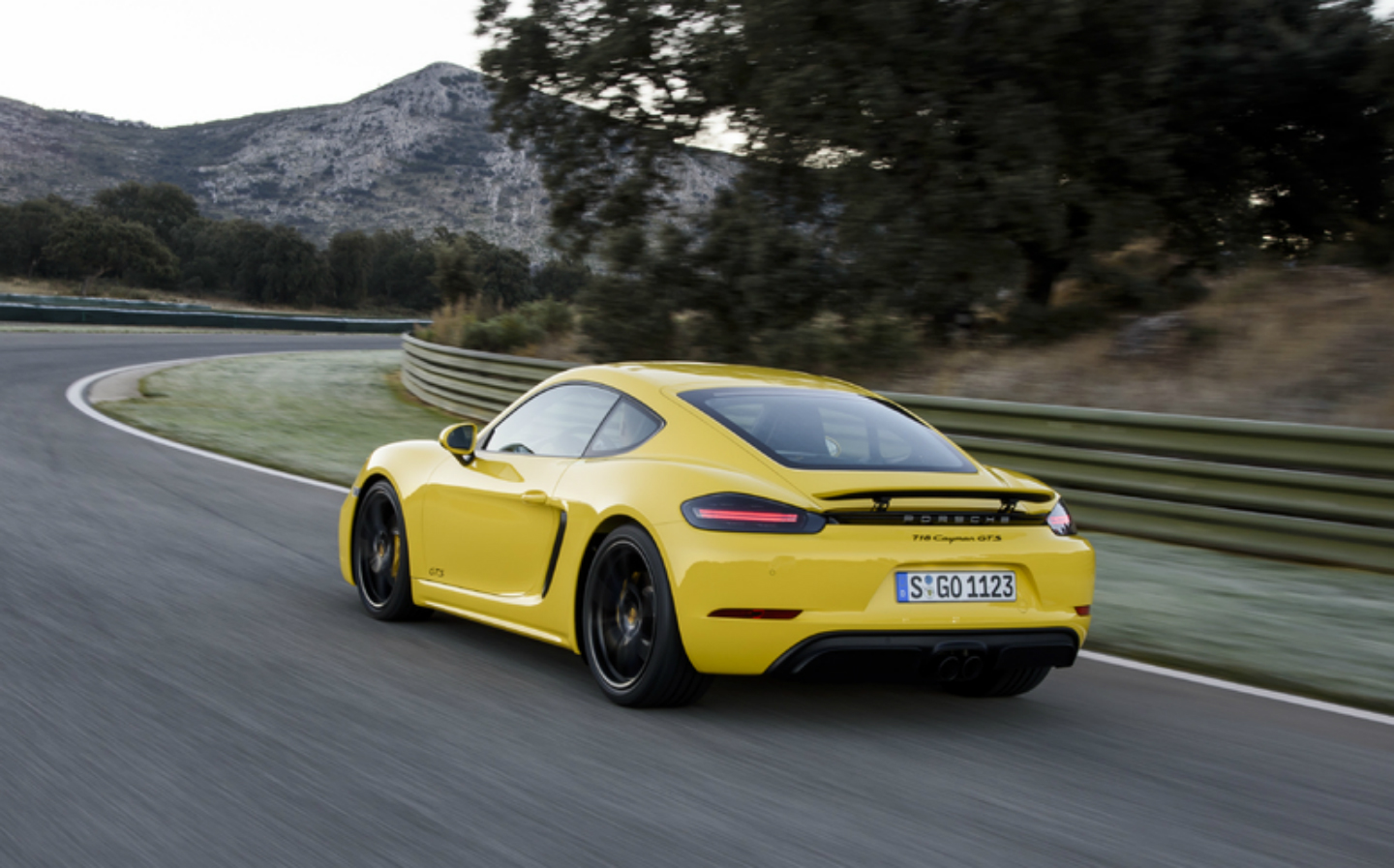 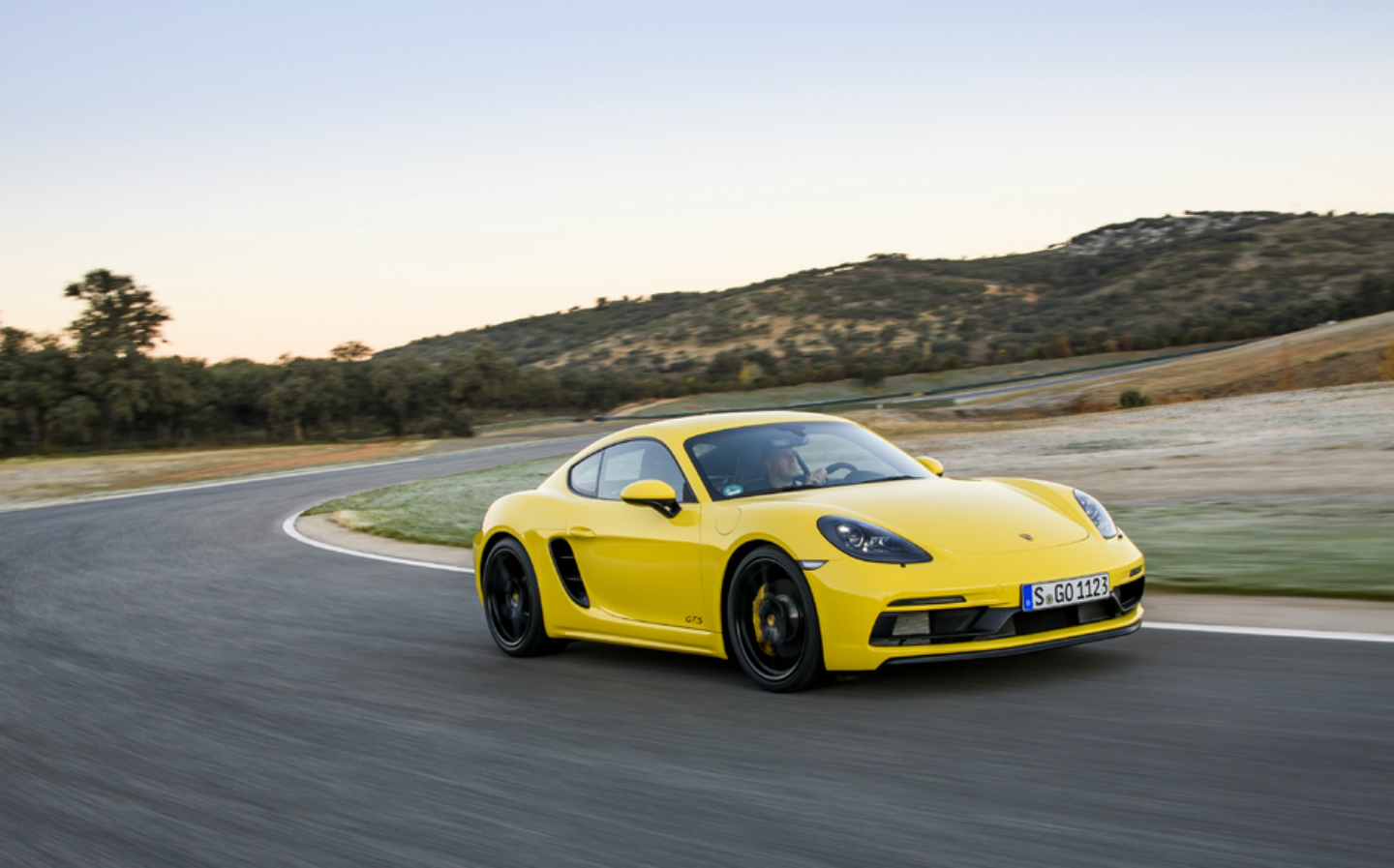 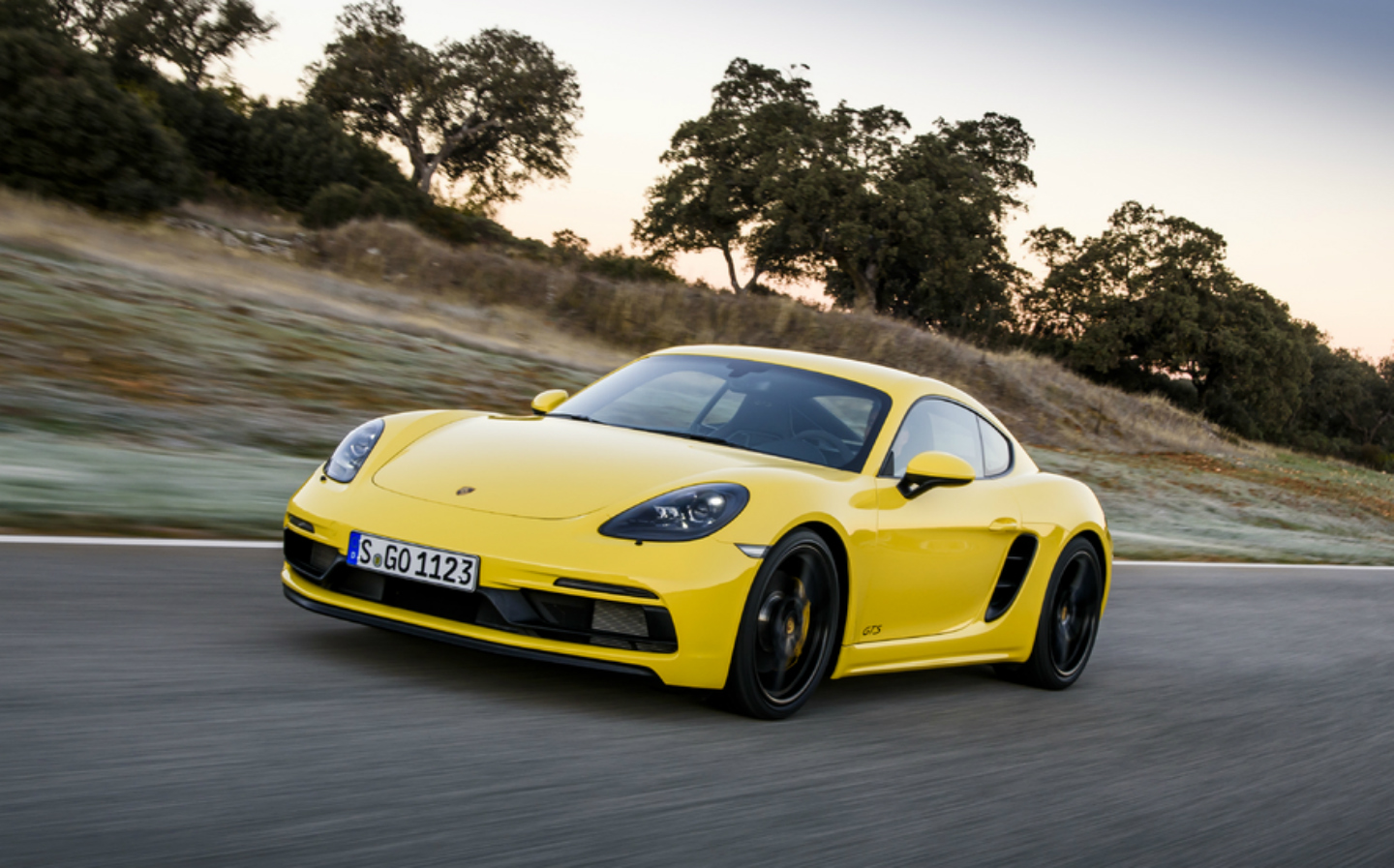 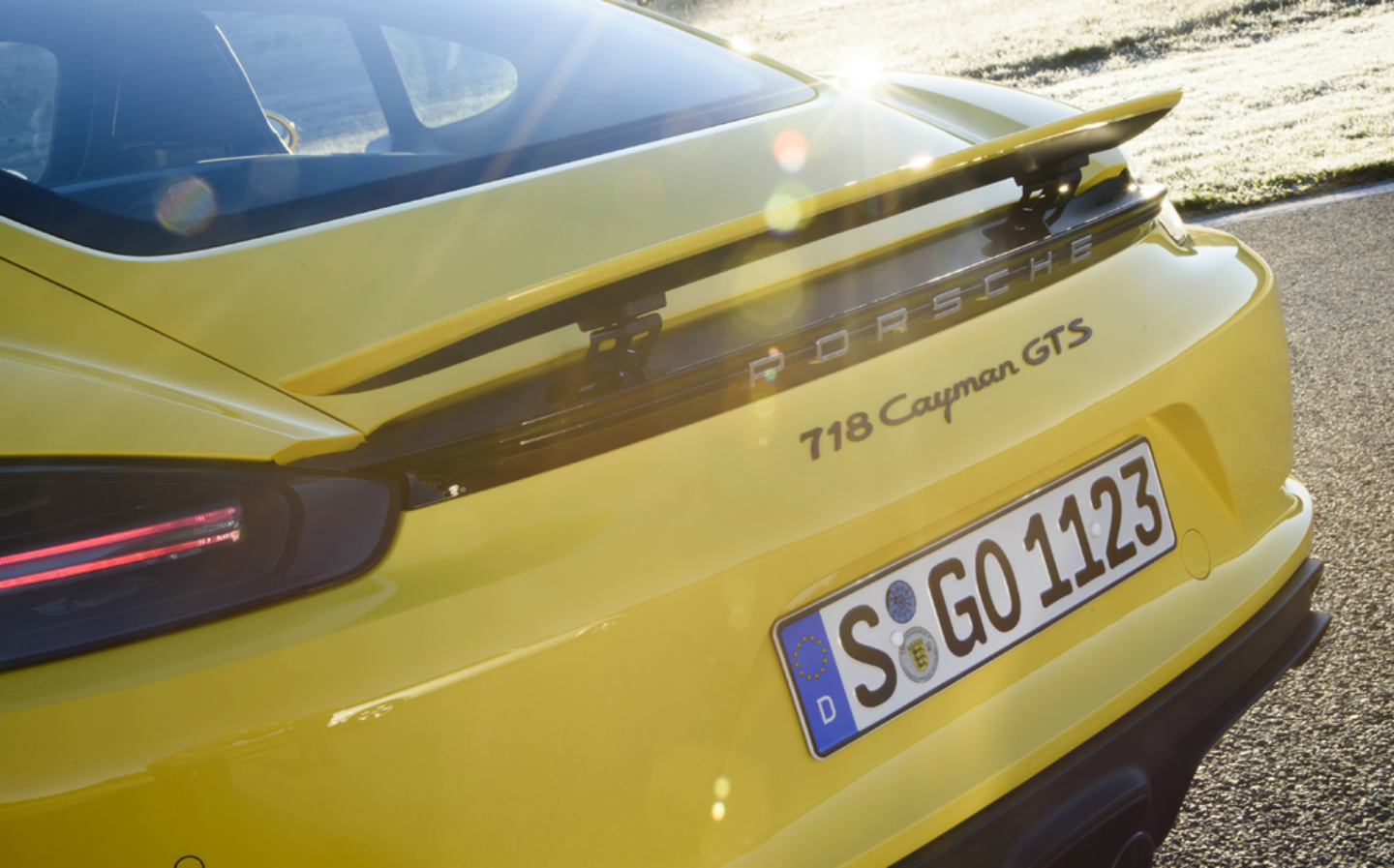 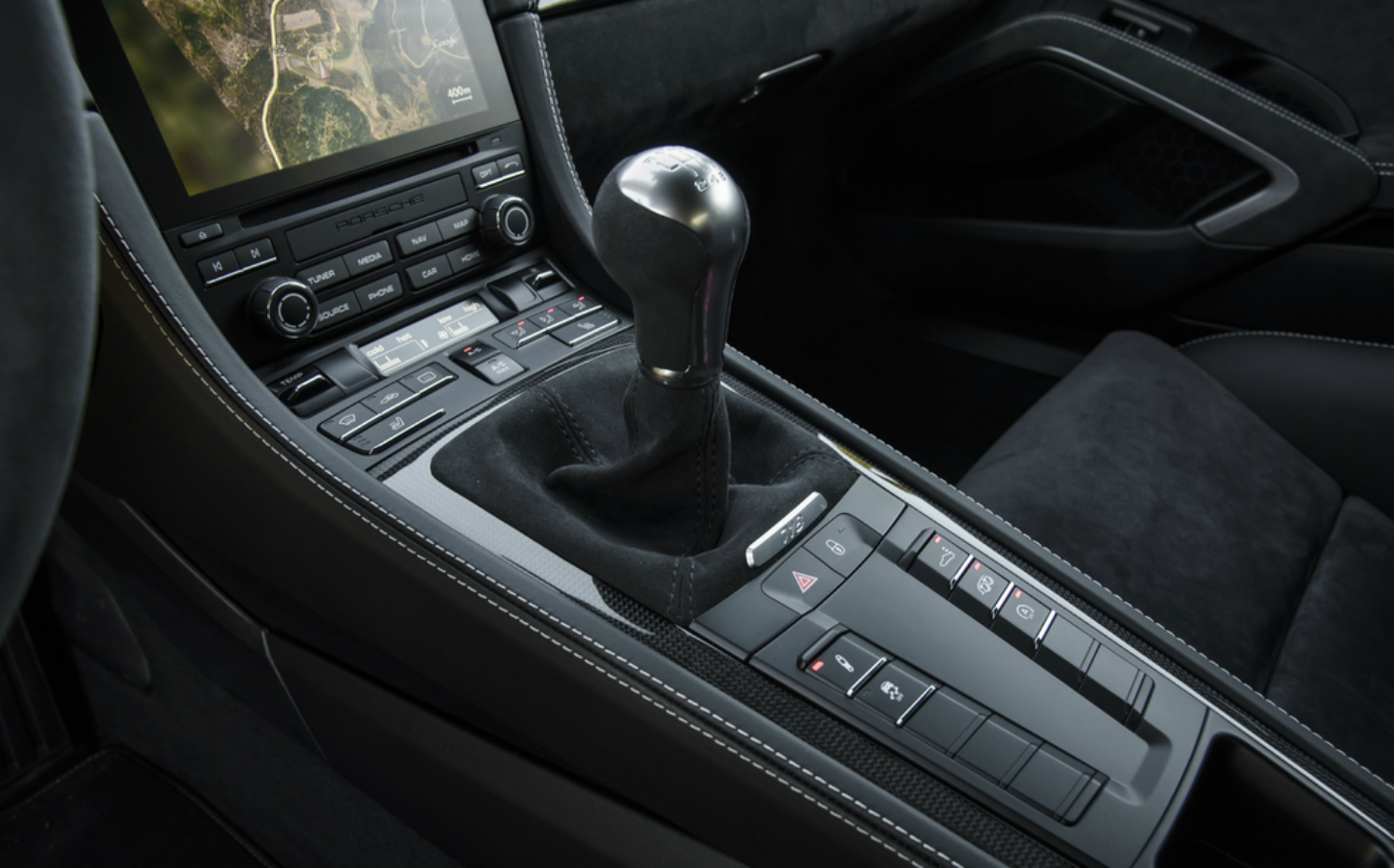 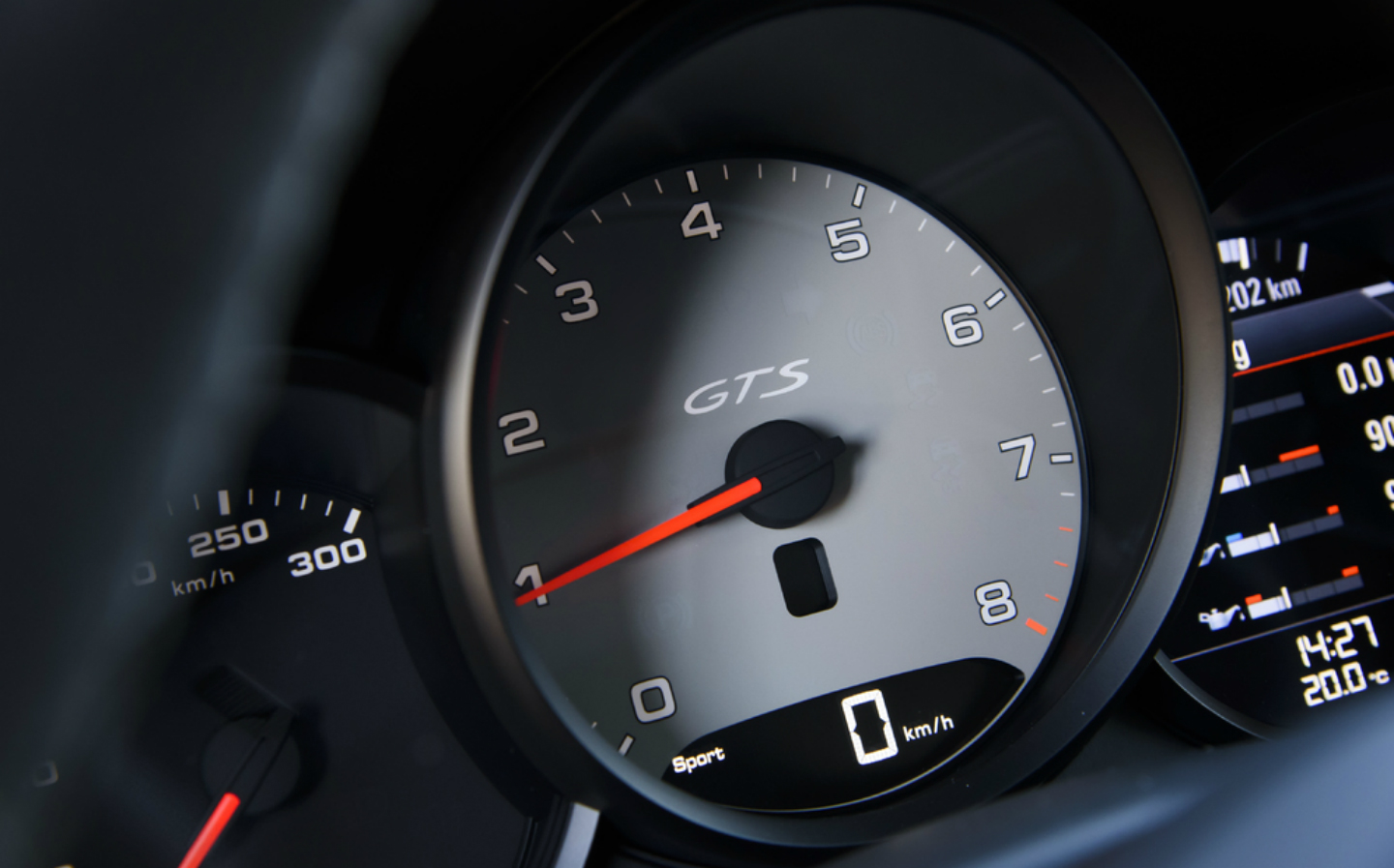 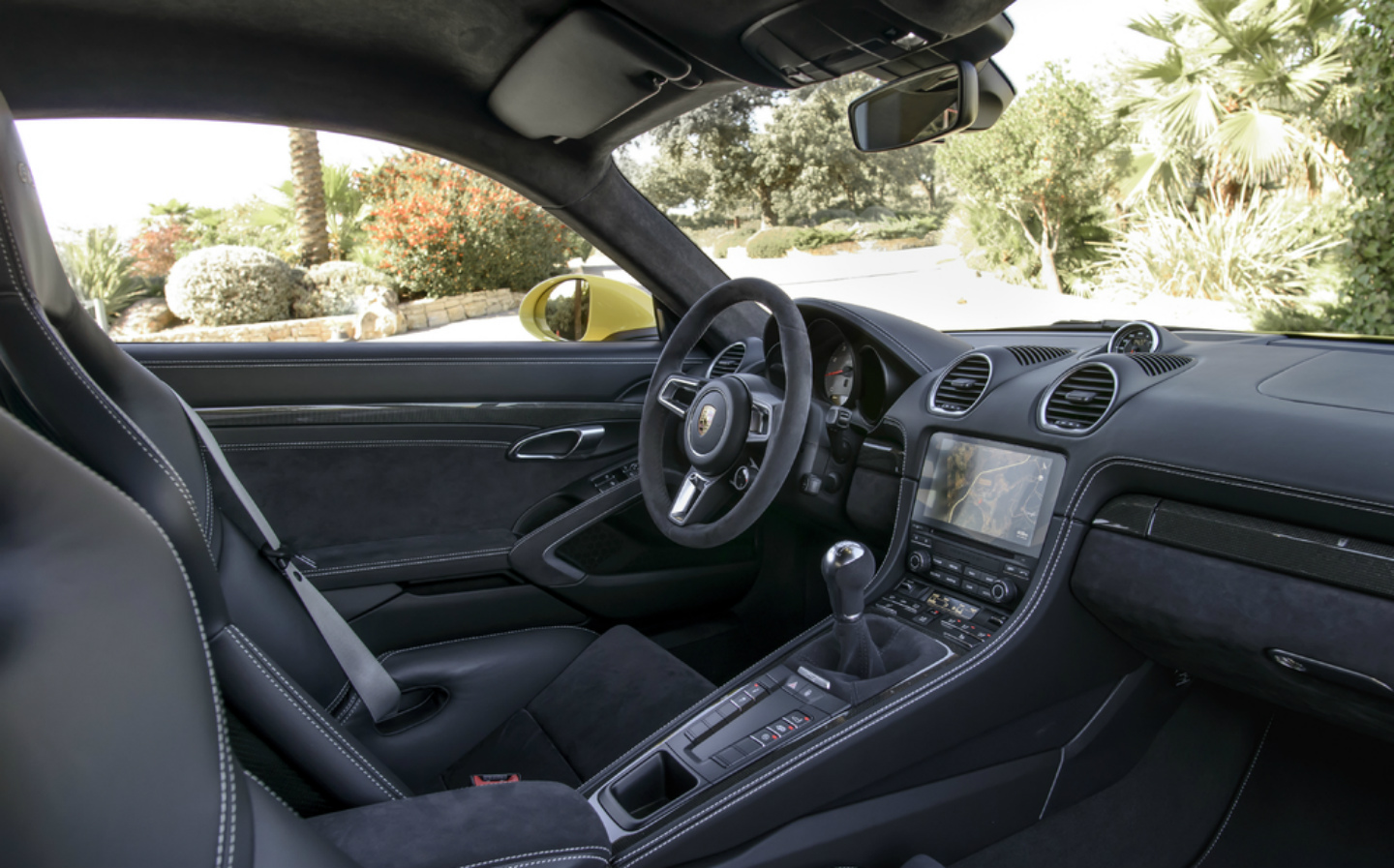 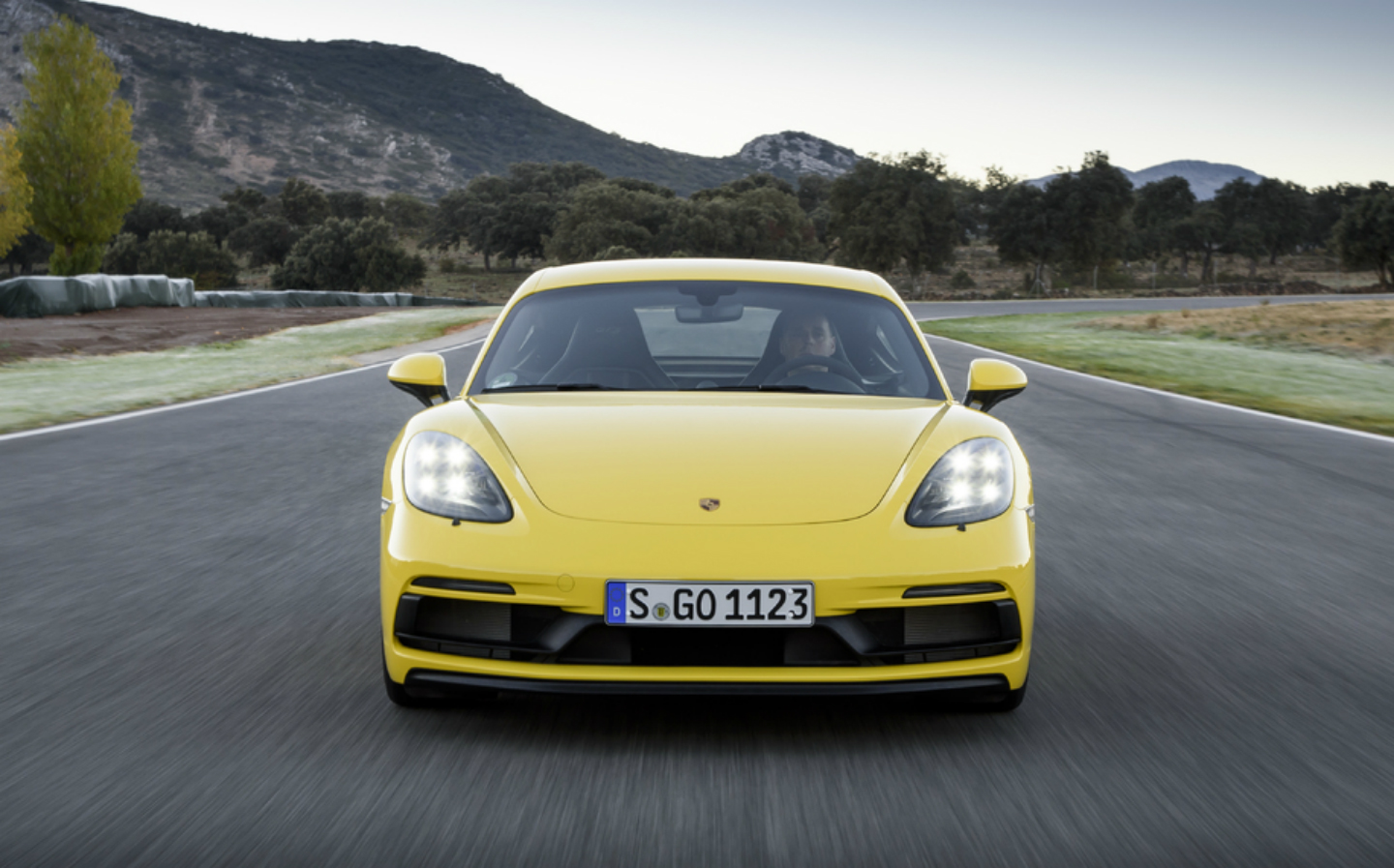 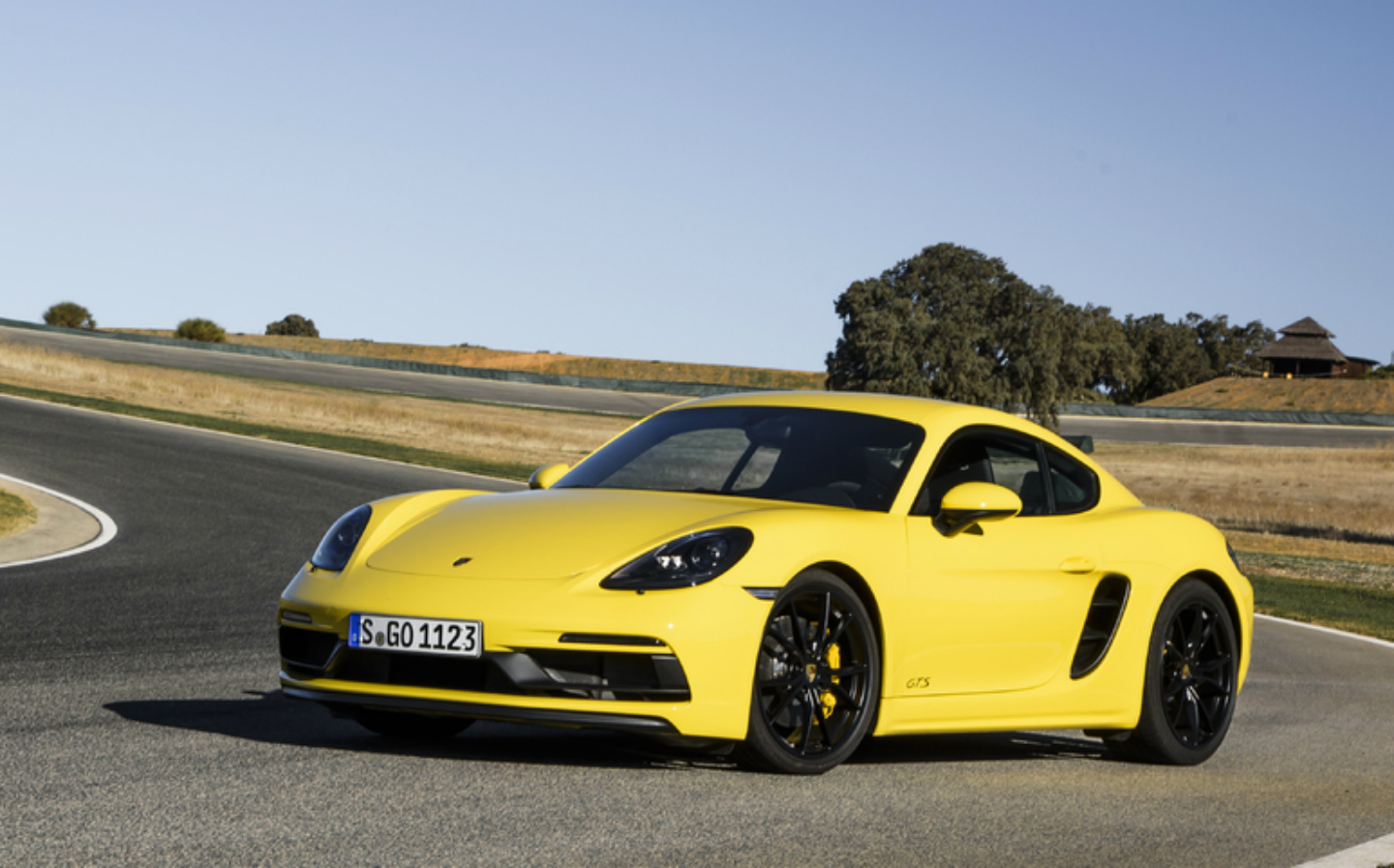 THE BANANA-YELLOW Porsche Cayman GTS arrived the day after I returned from driving its newest rival, the Alpine A110.

Porsche fans — and anyone who goes weak at the knees over any sort of sports car — might imagine that there could be no contest between a small, French car maker that has never managed to rekindle the success it enjoyed in the late ‘60s and early 70s, and one of Germany’s most successful car companies. And Alpine is owned by Renault. Game, set and match before the key has turned in the ignition, surely?

Well, no, actually. The Alpine A110 proves that there is a small, mid-engined sports car sweet spot somewhere between a Cayman and a Lotus Elise. It is devilishly good fun and competitively priced.

So the new GTS version of the 718 Cayman, which if you remember was the first in the series to ditch the traditional naturally-aspirated flat-six engine in favour of a turbocharged four-cylinder unit, has a score to settle. It needs to show the cheese-eating surrender monkeys, as The Simpsons would put it, who makes the best sports car.

The choice of colour was silly, obviously. The last time I remember sports cars looking quite so mid-life crisis was in the early ‘90s, when the fibreglass bodywork of TVRs driven by bankers blowing another year’s bonus was painted in the same “look at me” colour. Naturally, other colours are available.

Of more significance, the ingredients for the GTS version of the Cayman have always been appealing. The 718 GTS sees the turbo engine tuned to 360bhp, which is 15bhp more than a 718 S. (It’s also 35bhp more than the old, six-cylinder GTS.)

There is a choice of a manual six-speed or seven-speed dual-clutch automatic gearbox, and it comes with Porsche’s Sport Chrono Package, PASM adaptive dampers (with a lowered ride height of 10mm over the S), a sports exhaust, Porsche Torque Vectoring with a mechanical limited-slip differential and a smattering of cosmetic changes to shout about the fact that it’s more than your average Porsche 718.

The objective is to create the most thrilling 718 Cayman yet. In the model’s range, the GTS is currently the flagship, above the standard and S models. ‘Currently’ because the last Cayman and Boxster were expanded with GT4 and Spyder versions; new 718 equivalents are expected to arrive next year.

It’s a quick car: 0-62mph takes 4.6 seconds with the manual. But if drivers pick the PDK and used launch control, that drops to 4.1 seconds, which means you’re getting a car as fast as a Ferrari F40 for a fraction of the price.

It all sounds so appealing, doesn’t it? Unfortunately, it’s the precisely the sound of this car that leaves you wondering where Porsche’s engineers went wrong.

Like many Porsche fans, we still haven’t forgiven the company for replacing the naturally aspirated, flat-six cylinder engine of the previous generation model. The 718, by comparison, sounds like a loud fart, and at certain points in the engine’s rev range, there is some distinctly unpleasant noise, vibration and harshness (NVH).

In the Cayman 718 GTS, that is only exacerbated by the sports exhaust. Simply put, all it does is make an unpleasant noise louder.

This means you aren’t inclined to work the engine through the rev range as though your life depended on it. Rather, you make use of the low-down torque provided by the turbocharger. You might as well be driving a diesel.

Strangely, given the Porsche has an engine configuration that should give more character, I found myself wishing for the subtle growl of the Alpine A110’s four-cylinder motor over the parp-parp of the Porsche

Happily, the rest of the package sees the GTS redeem itself as far as possible. This remains one of the sweetest-steering, best-handling sports cars on a race track. And it’s quick. Work your way past some initial turbo lag and the engine comes alive from 4,000rpm, surging toward the rev counter’s 7,400rpm red line with gusto.

Unfortunately, I wasn’t on a race track. I was on the road, where the majority of buyers of this car would spend the majority of their time.  The formidable reserves of grip from the wide tyres, and the suspension that has less give than a skateboard, mean you will rarely reach this car’s limits, which means you’ll rarely enjoy its adjustable handling at the limit of the tyres’ grip.

Whereas in something like the lighter, more malleable Alpine A110, you can have fun on the road almost all of the time, because the level of grip from its skinny-ish tyres makes it enjoyable at sane speeds.

The action of the manual gearbox is a joy (even if the gear ratios are too high – second reaches 70mph) the brakes are terrific and everything about the interior, the driving position and even the bonus of having two boots – one in the nose and one in the back – is satisfying.

The shock verdict, then: between the 718 Cayman GTS and the Alpine, it’s the French car that I’d sell my grandmother to own (sorry Gran). The previous generation Cayman GTS was sublime. This one isn’t.