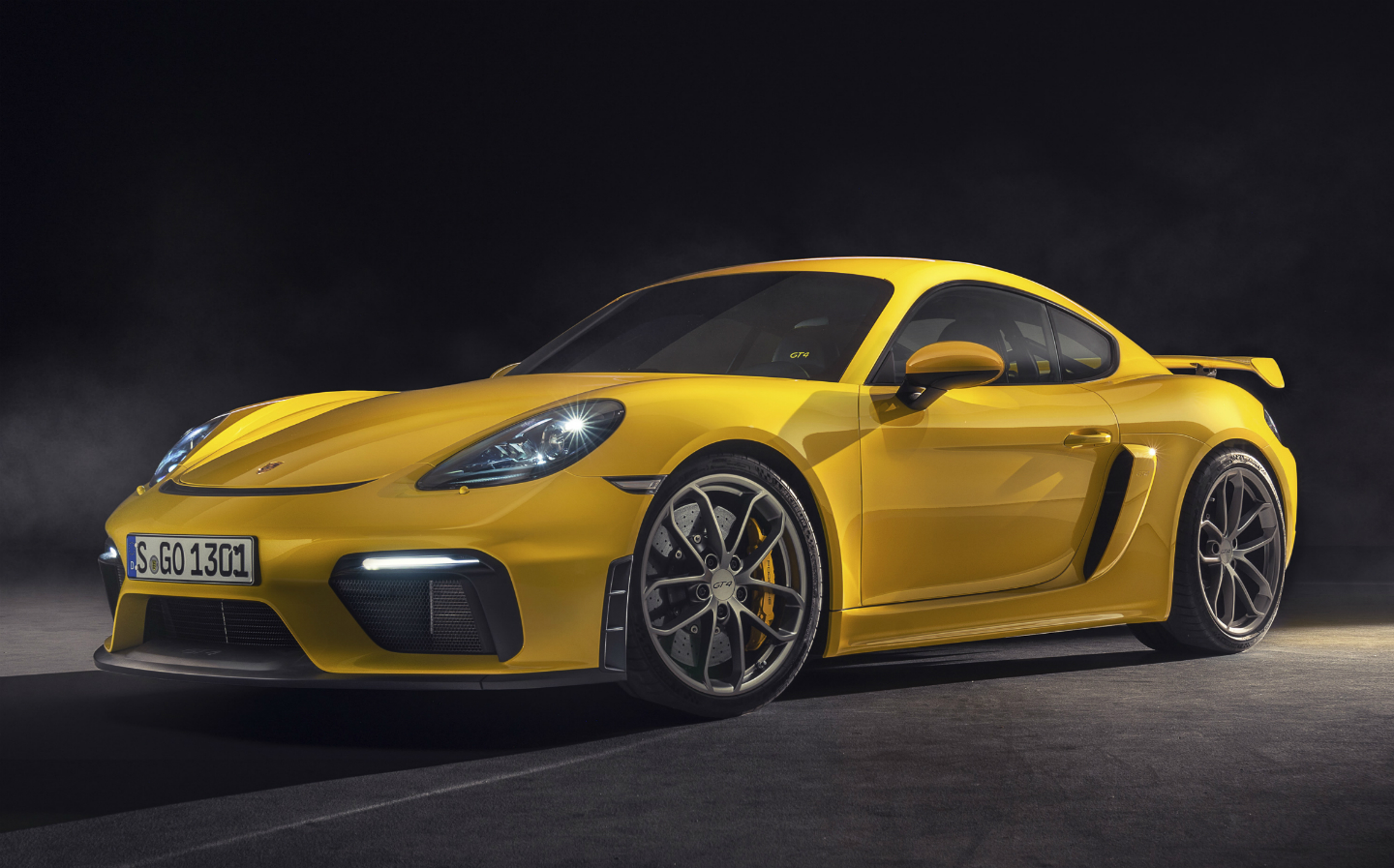 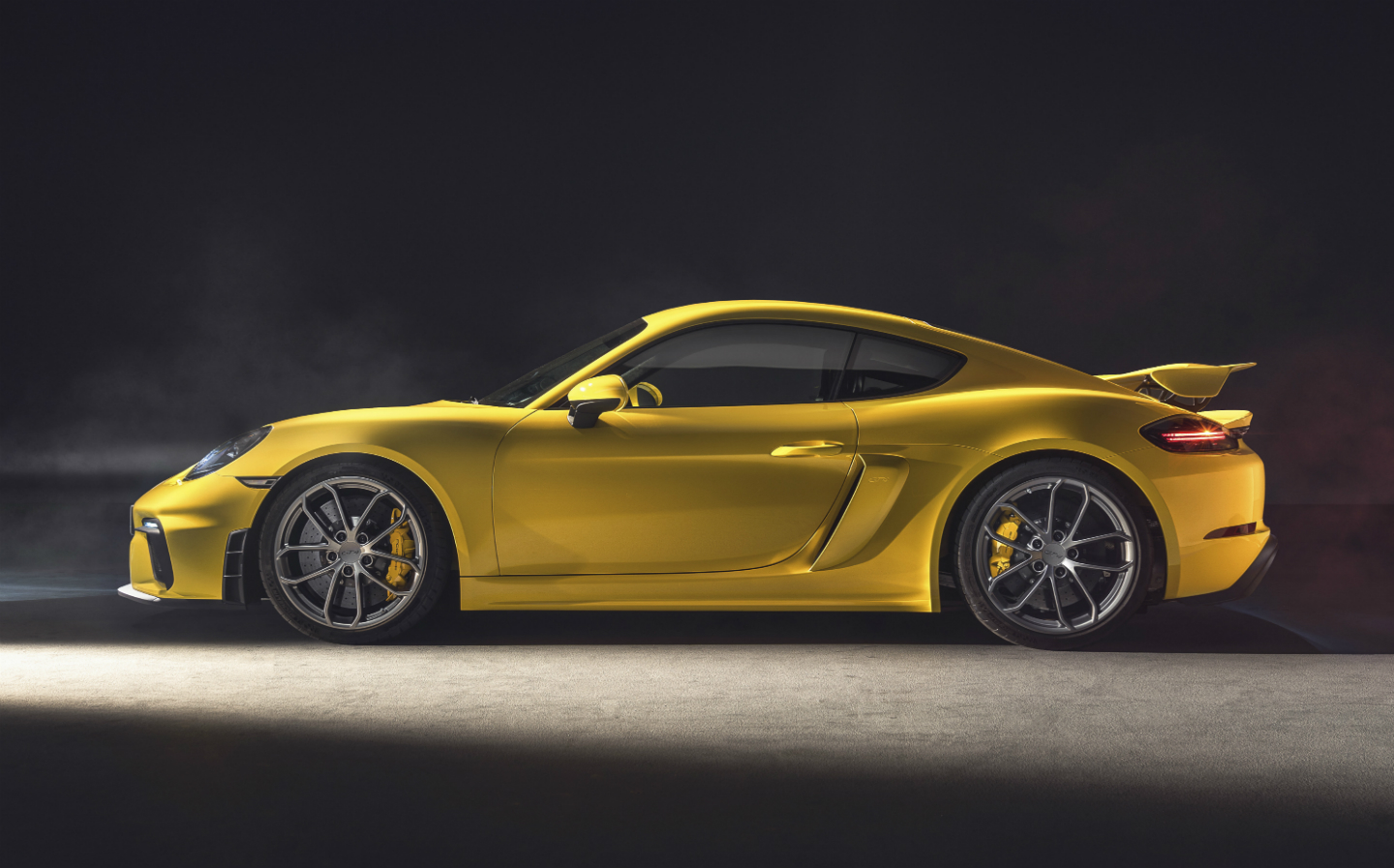 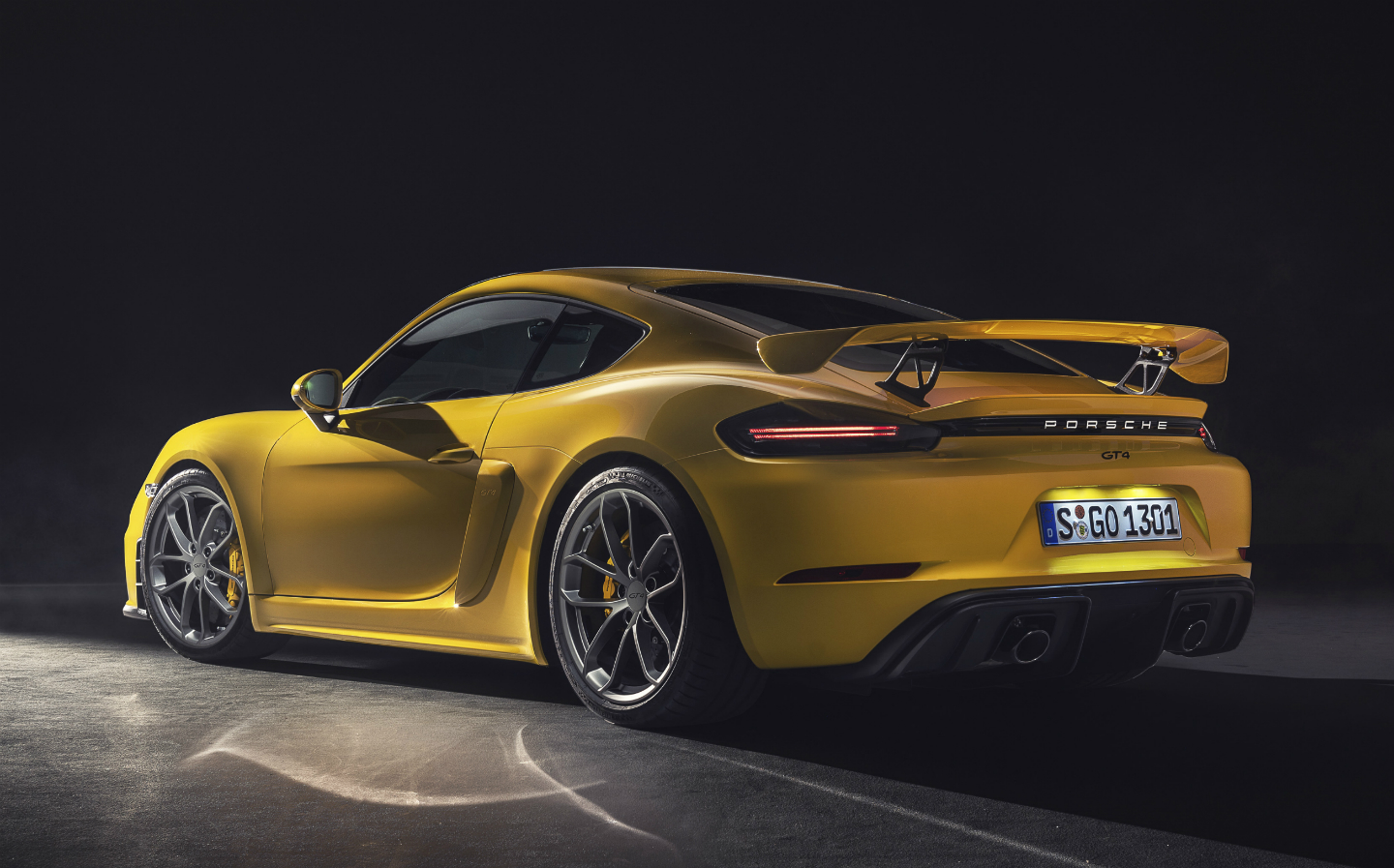 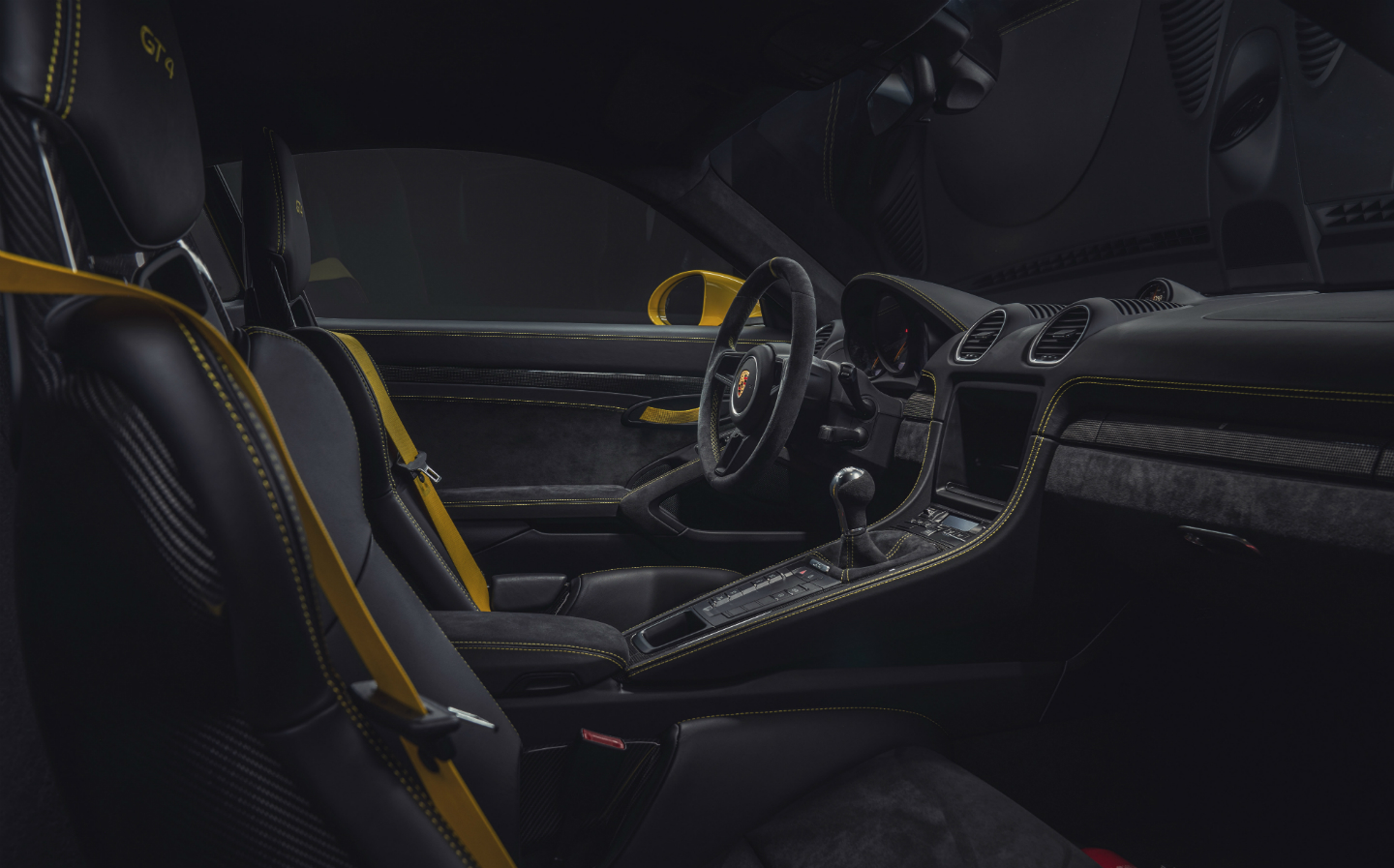 PORSCHE has pulled the wraps off the fastest version of the Cayman sports car to date: the 414bhp, 187mph 718 Cayman GT4. And unlike the standard 718 range, it’s not turbocharged.

The Porsche Cayman is the coupé (hardtop) version of the Boxster, essentially, with a mid-mounted engine and rear-wheel drive layout, and most enthusiasts agree whatever Cayman you choose, it will offer a sublime driving experience with a finely balanced chassis and hard-to-beat handling characteristics. The 718 models were introduced in 2016 and were the first to use turbocharged engines, which caused somewhat of a stir.

The GT4 version is the new flagship of the 718 Cayman range, replacing the GTS as the sportiest variant of the line-up.

While the entry-level Porsche 911 that sits above it in the range still has a performance edge, the Porsche 718 Cayman GT4 is, of course, a very quick car: its faster around the Nürburgring than the 530bhp, 204mph Porsche 911 GT2 from 2007.

What engine does the Porsche 718 Cayman GT4 come with?

Instead of increasing the power of the standard 718’s turbocharged four-cylinder engine, for the GT4 Porsche has decided to rip out that powerplant and replace it with the 4-litre six-cylinder motor used in the new 911 — minus its turbo. This is likely to delight many Porsche purists, who mourn the loss of naturally-aspirated Porsche powerplants.

Producing 414bhp, the new engine is 54bhp more potent than the turbo-four in the Cayman GTS, though both engines have an identical peak torque figure of 309 lb ft.

Purists will likely also be pleased with the 718 Cayman GT4’s gearbox: a six-speed manual. Power is sent exclusively to the rear wheels, of course.

The 718 Cayman GT4 is the fastest Cayman road car to date, with a 911 Carrera S-worrying claimed top speed of 187mph. Acceleration is brisk, of course: Porsche says the 718 Cayman GT4 can go from zero to 62mph in 4.4 seconds.

Perhaps unusually, Porsche hasn’t revealed exactly how quick the 718 Cayman GT4 is around the Nürburgring Nordschleife race track. The German car maker only said the new car has shaved at least 10 seconds off the 7m 40s time set by the previous generation Porsche Cayman GT4 in 2015.

What tech does the Porsche 718 Cayman GT4 have?

As a track-focused model, the 718 Cayman GT4 comes with plenty of gear that will make the car at home on a racing circuit, such as advanced stability assists and adaptive dampers that help improve the vehicle’s cornering prowess.

Porsche is also especially proud of the GT4’s aero parts, which they say generate 50% more downforce than the aero kit on the previous model with the resulting improvements in cornering, braking and high-speed stability.

Regular track day attendees will likely want to specify the carbon ceramic braking option, which offer more stopping power than the standard pads. Also on the options list is a race-inspired Clubsport package, which strips out the cabin to the bare essentials while adding a fire extinguisher, rollcage and six-point safety harness (replacing the standard driver’s seatbelt).

When will the Porsche 718 Cayman GT4 go on sale?

Unusually for a car that’s only just been announced, the Porsche 718 Cayman GT4 is available to buy now, with prices starting at £75,348. Delivery dates weren’t specified, though it’s likely the first customer cars will have arrived on UK roads before the end of the year.

The convertible 718 Spyder version of the new GT4 is slightly more affordable, at £73,405. The pared back nature of the GT4 means there’s no automatic roof folding mechanism, so you’ll need to operate stop the car and raise or lower it manually. Old school.

What are the Porsche 718 Cayman GT4’s rivals?

The Porsche 718 Cayman GT4 sits in a sort of No Man’s Land; at this price point, the car doesn’t have many direct rivals. It’s closest on-paper competitor is the similarly priced, though more hardcore, Lotus Exige Sport 350.

A variety of alternatives are available, however, ranging from the less-powerful-but-lighter Alpine A110S to larger, pricier performance coupés like the BMW M4 CS, Jaguar F-Type R and the previously-mentioned Porsche 911 Carrera S.