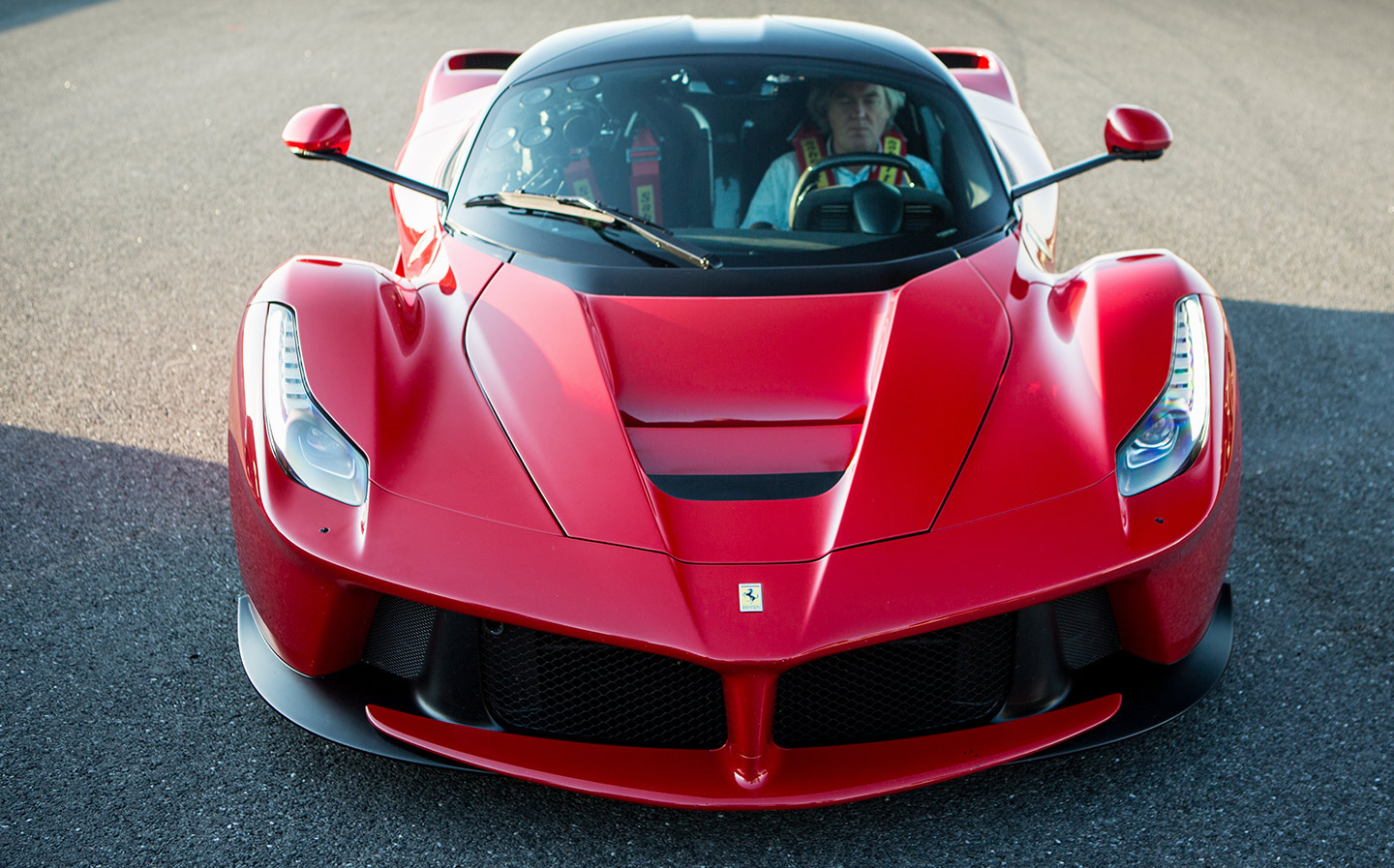 BACK IN olden times, when life was simple, people approaching me in pubs would ask straightforward questions: “What’s the best car you’ve driven?” “What was the R&B singer Lemar really like?” (Thoroughly nice, to be honest.) “Why does Richard Hammond dye his hair?” But these days it’s always: “How do we watch your new show with Jerry Clarkson and the other bloke — is it Quentin?” That’s a bit more tricky, so I’ll explain in a moment.

First, a word about this exciting thing called “on-demand TV”. It doesn’t mean that televisions are given away free. No, it means you can watch your favourite programmes whenever you like. All you need is a “portable device” — a computer that’s small enough to carry around (also called a smartphone or a tablet).

This idea still excites me because I’m old enough to remember when it didn’t exist. I know it’s difficult for anyone born after 1980 to comprehend, but there was a time when things were “on the telly”, and if you weren’t in front of the telly at the same time, you missed them.

And so it was that the streets would fall silent and burglary and pregnancy rates would plummet, briefly, because The Two Ronnies was on. As soon as it was over, everyone would make a cup of tea and overload the national grid. Some people regard this as a golden age of TV, because the “appointment to view” acted as a sort of social glue.

It still exists with things such as big sporting events and the resignation speeches of prime ministers, and I admit to finding the idea of sitting and watching an England match, in the knowledge that millions are doing the same thing, strangely comforting. With the windows open you can hear the whoops of joy and baleful cries of neighbours, like some sort of antiphon to the switchback of your own emotional responses. It makes me feel (pass the sick bucket) part of the community.

“I’ve been told, firmly, to point out that it’s simple, as long as you have an Amazon subscription and either a smart TV or an Amazon Fire set-top box or Fire stick”

But the rest of the time, appointment to view was a pain in the arse. There were other problems, aside from the need to be in front of a TV set that was actually working, because many didn’t. Your sister might want to watch something “on the other side”, which would lead to a blood feud, which simmers away to this day in my family. Your parents might not approve of Benny Hill. Marine Boy was pretty terrible but you watched it anyway, just in case.

Here’s a thought. Television as we know it is the best part of a century old. It had been, you might imagine, one of those things that Donald Rumsfeld would say we didn’t know we didn’t know, as there was no precedent for it in nature. As a concept, though, it may be rooted in the 13th century, when St Clare of Assisi was allegedly able to view, on the wall of the room where she lay bedridden, a priest conducting mass. She was made the patron saint of television in 1958. 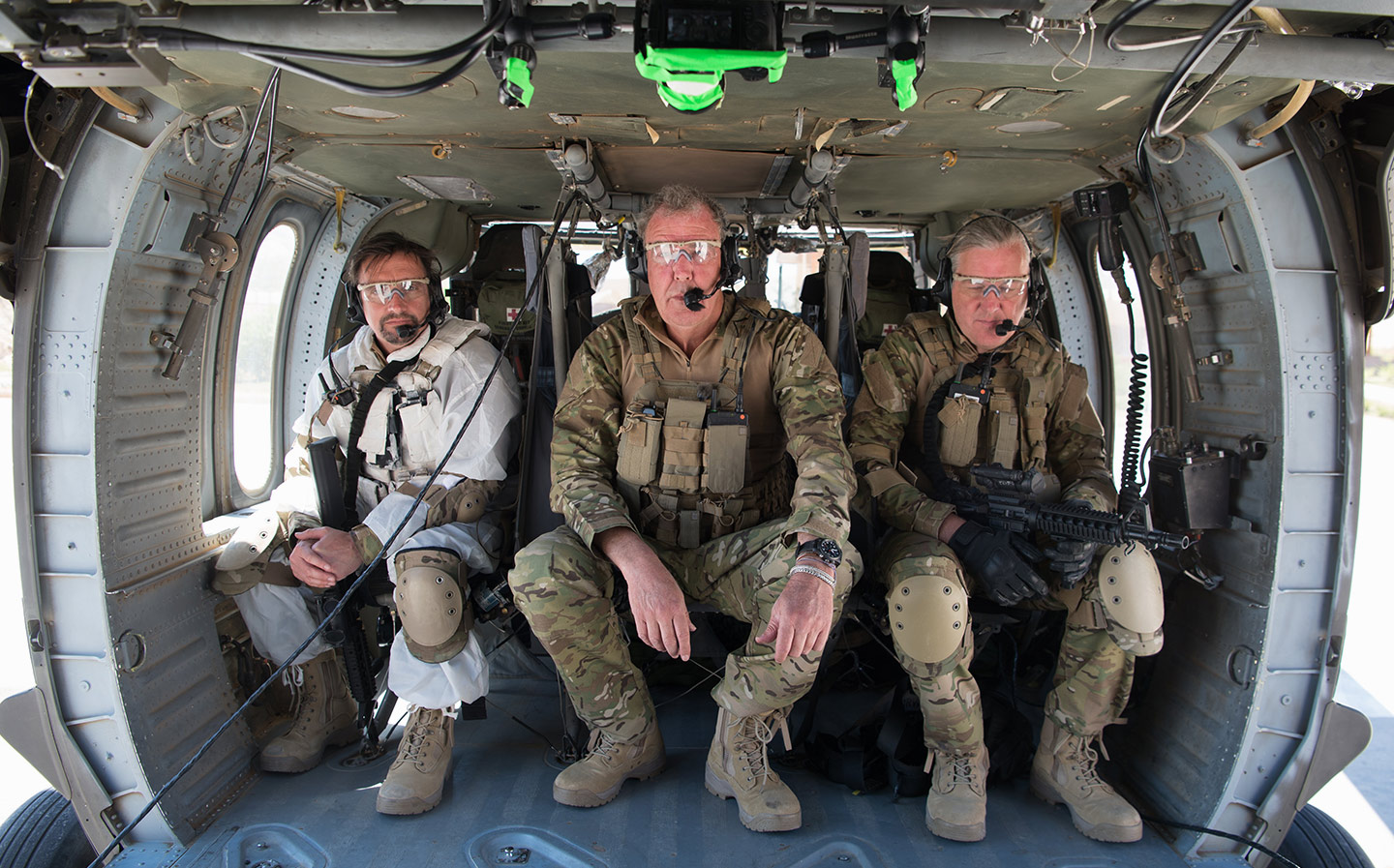 TRIGGER POINT Taking to the air at a special forces facility in Jordan, top, while, right, it’s all downhill for Clarkson

By then the BBC had been broadcasting for almost 30 years, first with John Logie Baird’s mechanical system, and then with the electronic system, using the earliest forms of the cathode ray tube. This was the era in which the set was a weighty piece of wooden furniture, of which the screen itself was only a small part and barely big enough to display the entire head of the emerging motoring critic Jeremy Clarkson. When a Radio Rentals man came to take the back off and repair it, he was entirely hidden from view.

Satellite broadcasting arrived with Telstar in 1962, and the first British colour transmission was made in 1967. These are all landmarks in TV history, but none of them addressed the pressing need to be at home (or staring through the window of the TV hire shop) when a programme was on. Remarkably, freedom from the appointment was not achieved in the UK until 1972, with the arrival of the ruinously expensive domestic video cassette recorder.

They were a bit troublesome, to be honest. The problems didn’t stop with the tape stretching or wrinkling up. It was generally accepted that few people outside Nasa’s jet propulsion laboratory could program them, and as they relied on a simple built-in clock rather than information from the broadcast signal, “changes to the published schedule” could wreak havoc on your viewing pleasure. You could sit down to a James Bond film and, because of some big news event, end up with half of Panorama instead.

Since then we have seen pay-per-view, flatscreen TV, the 16:9 format and internet streaming. It all adds up to more choice, which Margaret Thatcher told us was a good thing. Coming back to that pub question: “How do you actually watch the new Grand Tour show, Quentin?”

I’ve been told, firmly, to point out that it’s simple, as long as you have an Amazon subscription and either a smart TV or an Amazon Fire set-top box or Fire stick. So I’m sure we’ll all be able to work it out. It’s all quite exciting, especially for three old farts astonished to find themselves still active in this incredible new era of television.

But how will all this work on your TV?

The Grand Tour is being filmed in 4K, which quadruples the number of pixels found in normal HD to give an incredibly detailed image. But it’s even more complicated than that. The footage is 4K HDR (high dynamic range), meaning each frame combines images of different exposures to give an added level of definition and make colours “pop”.

The amount of data is so huge that the servers used to record the studio segments had to be specially built, as did the kit to back up the footage on location. The Namibia special generated 40 terabytes of data — enough to fill 80 laptops. So should you buy a 4K TV? That depends on whether you’re comfortable seeing Clarkson’s head in ultra HD.

If you’ve used Amazon Prime, you may be familiar with X-Ray, which puts information, such as which films an actor has appeared in, on screen as you watch. We asked Amazon if X-Ray could be used to “muck about” and were told: “OK, if you must.” Look out for the results during each programme.