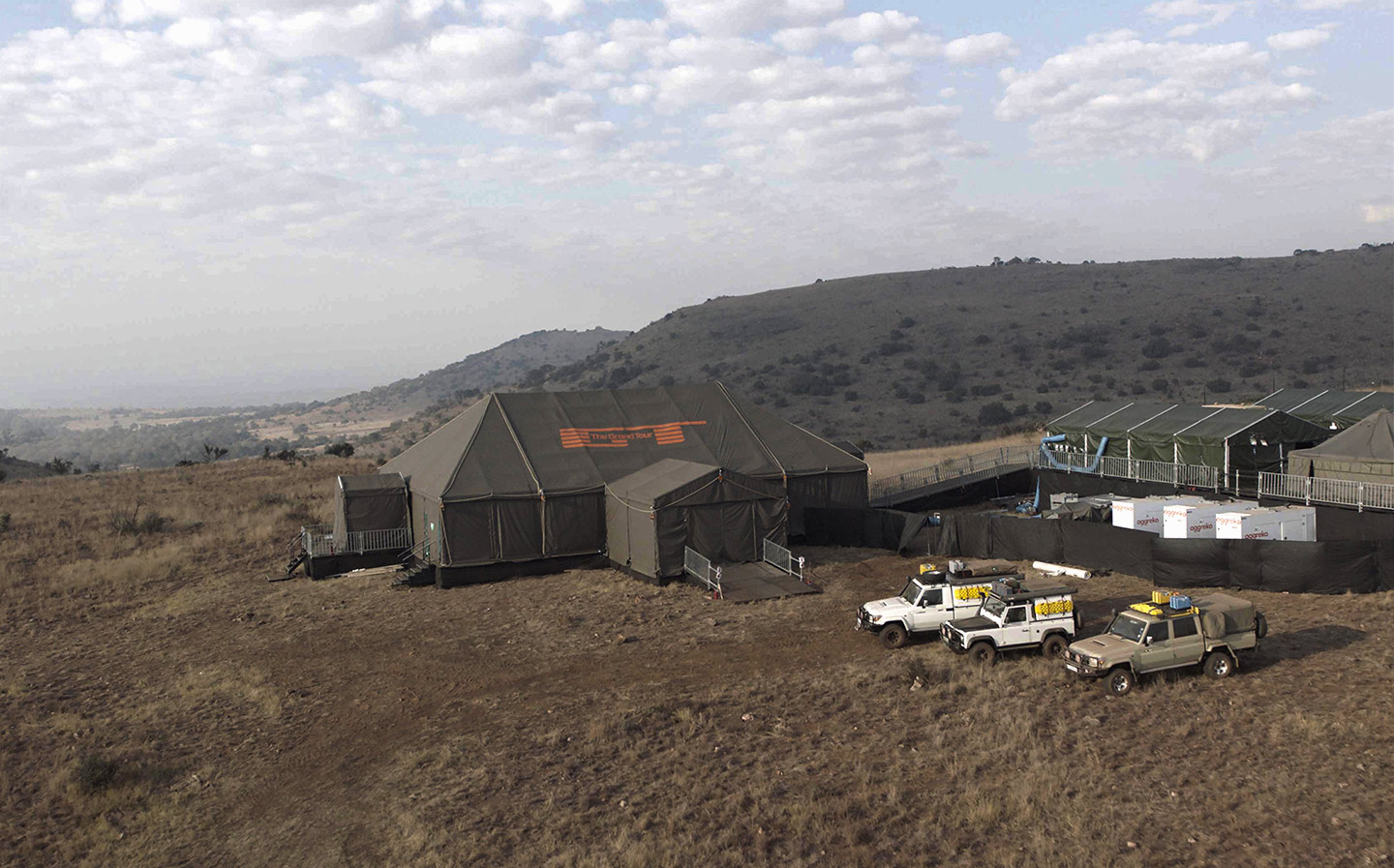 THE MECHANICS of creating a travelling TV studio tent are, predictably, mind-boggling.

The tent itself takes up to eight days to erect and requires a crew of 114 to set up and run. The structure is made up of 723 individual parts and one fake parrot. No single part of it can be more than 13ft or so long, otherwise it wouldn’t fit inside a standard air freight crate.

This rule applies not only to the studio tent but also to the small tented village that surrounds it, which houses technical equipment, catering, a production office and somewhere for the presenters to get changed.

For no readily apparent reason, the support tents are fabricated from a Nato-spec material that makes them invisible to radar. The main tent isn’t, though, so that will be the one that takes the missile strike.

Once filming is done, dismantling the tent is not the work of a moment and is not left up to the impatience and ham fists of Clarkson. Instead it is done with care and precision, which is why it takes another three days.

This in turn explains why there are actually two identical tents, so that, while one is being used for filming, the other is already being set up in the next location. At least that’s the idea.

If one episode comes from an empty field, you’ll know something has gone horribly wrong.

Getting the show on the road

8 days Time it takes to erect and fit out tent

48 Weight of the tent, in tonnes