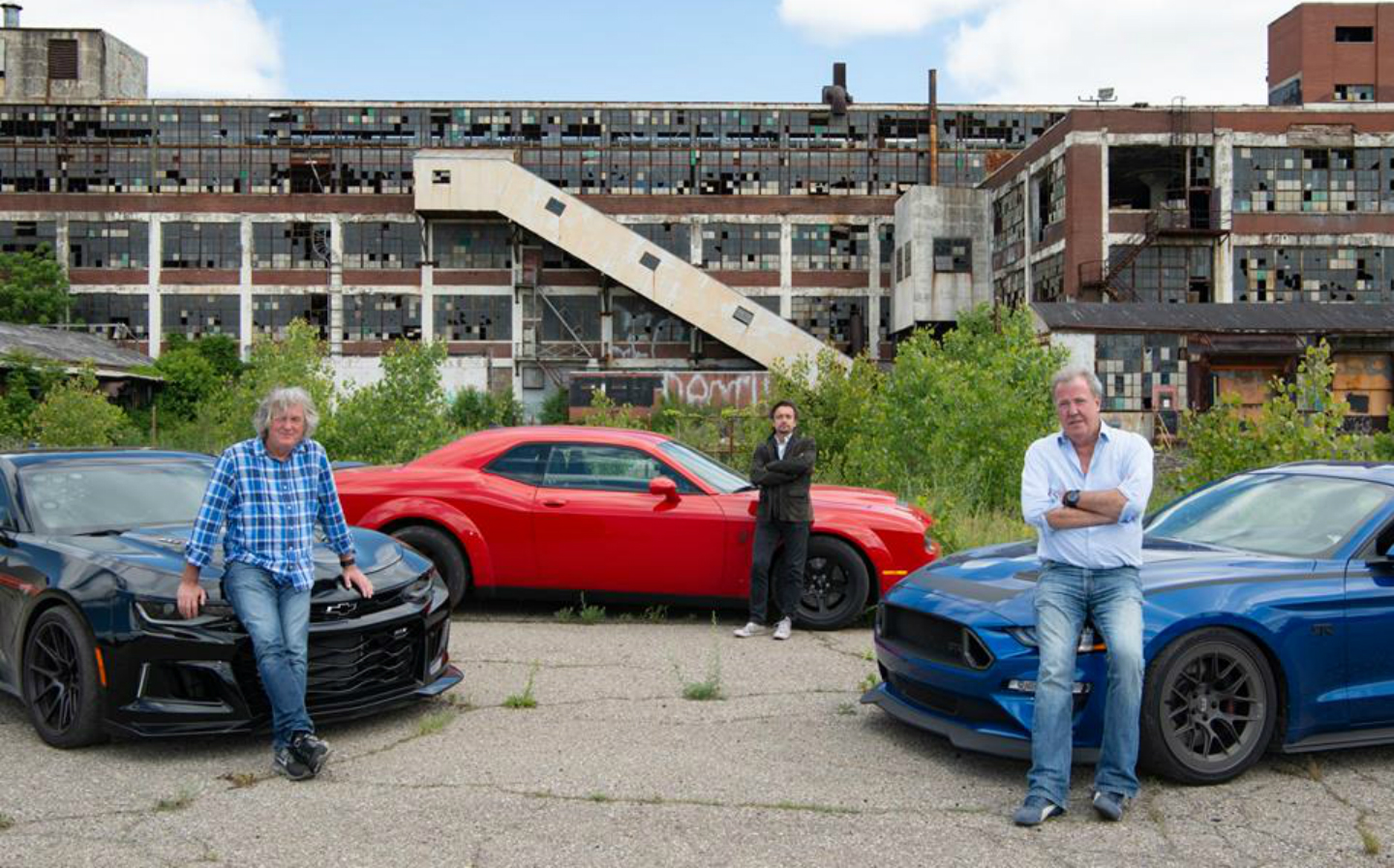 AFTER AN 11-month break, The Grand Tour is back on our screens with new series’ first show appearing on Amazon’s Prime Video streaming service last night.

If you’ve read Driving’s episode guide on The Grand Tour season 3, you’ll know the debut show is as action-packed as ever, featuring a modern muscle car romp through the streets of Detroit and Abbie Eaton’s eagerly-anticipated Eboladrome lap in the McLaren Senna.

Here’s what the critics have made of The Grand Tour Season Three, Episode One so far.

“Some of the episode’s banter pushes the envelope of comic banter -— a case in point being May’s “What about Hiroshima?” and Hammond’s “Pompei?” replies to Clarkson’s claim that no other city has collapsed financially as quickly as Detroit. But “The Grand Tour” is unapologetic both in its ironic attitude and its passion for cool Detroit rides.”

“Jeremy Clarkson, Richard Hammond and James May are practically impervious to criticism. You might find the trio’s competitive banter exhausting and the show’s blaring testosterone a cry for help, but it’s hard to deny their ability to power out compellingly brazen TV.”

“As a season opener, ‘Motown Funk’ is more or less business as usual for The Grand Tour. It offers plenty of laughs and some great looks at cars that cost more than what most people bring home in a year. That’s par for the course for the series at this point, and it suggests Clarkson, Hammond, and May are sticking with the old saying, “If it ain’t broke, don’t fix it.””

“As always, it’s lushly filmed, with a fine eye for a startling location. The comic-book graphics complementing the superhero nicknames the men give the cars are a luxurious touch. Clarkson’s review of the McLaren Senna is crisp and vivid, conveying the thrill of driving it while pithily explaining its technical merits. There’s even a moment when May deviates from the scripted joshing and is properly funny off the cuff, earning a roaring laugh from his pals rather than the usual arch chortles.”

“The jibes, jabs and affectionate putdowns are obviously scripted to death. But they nonetheless crackle with genuine zing. Such effortlessness continues to be in painful contrast to the coughing engine noises emanating from the BBC which, four years after his departure, still hasn’t worked out how to fill the Clarkson-shaped void in its schedules.”

? There’s so little time and so much to do ?

How am I supposed to spend time with my woman in February, when there are Grand Tour S3, F1 2019 car releases, WRC season and All-Star weekend?

@JeremyClarkson Not meaning to be rude or anything but I am watching the new episode of the Grand Tour and I can’t help wondering – are you pregnant or did you just spend too much time filming in the USA ?

Now, I gave up on The Grand Tour about half way through the first series, but the reaction to the #amazonshitcarshow hashtag campaign has entertained me so much I feel I ought to watch the program as some sort of repayment…

We’re not the only ones getting an Alan Partridge vibe from this tweet, right?

THE GRAND TOUR IS BACK AAAHAHH

Good things come to those who wait

@JeremyClarkson @MrJamesMay @RichardHammond So it’s like that is it? 1 episode of The Grand Tour each week and not the whole series? Just like old fashioned TV. Like buying a dvd and being delivered one scene per week.#TheGrandTour #AmazonPrime

Just a guess, but we reckon this one’s a fan of American muscle cars

Me every 2 minutes while I watch the cars on grand tour pic.twitter.com/HBxsmi5uOY

Don’t believe everything you read on the Internet, folks

This new series of The Grand Tour is already controversial, for its new guest host pic.twitter.com/VjArddcpb3

So. Who’s watching @The Grand Tour?

The star cars of The Grand Tour season 3

18 things we learnt at the Grand Tour season three launch