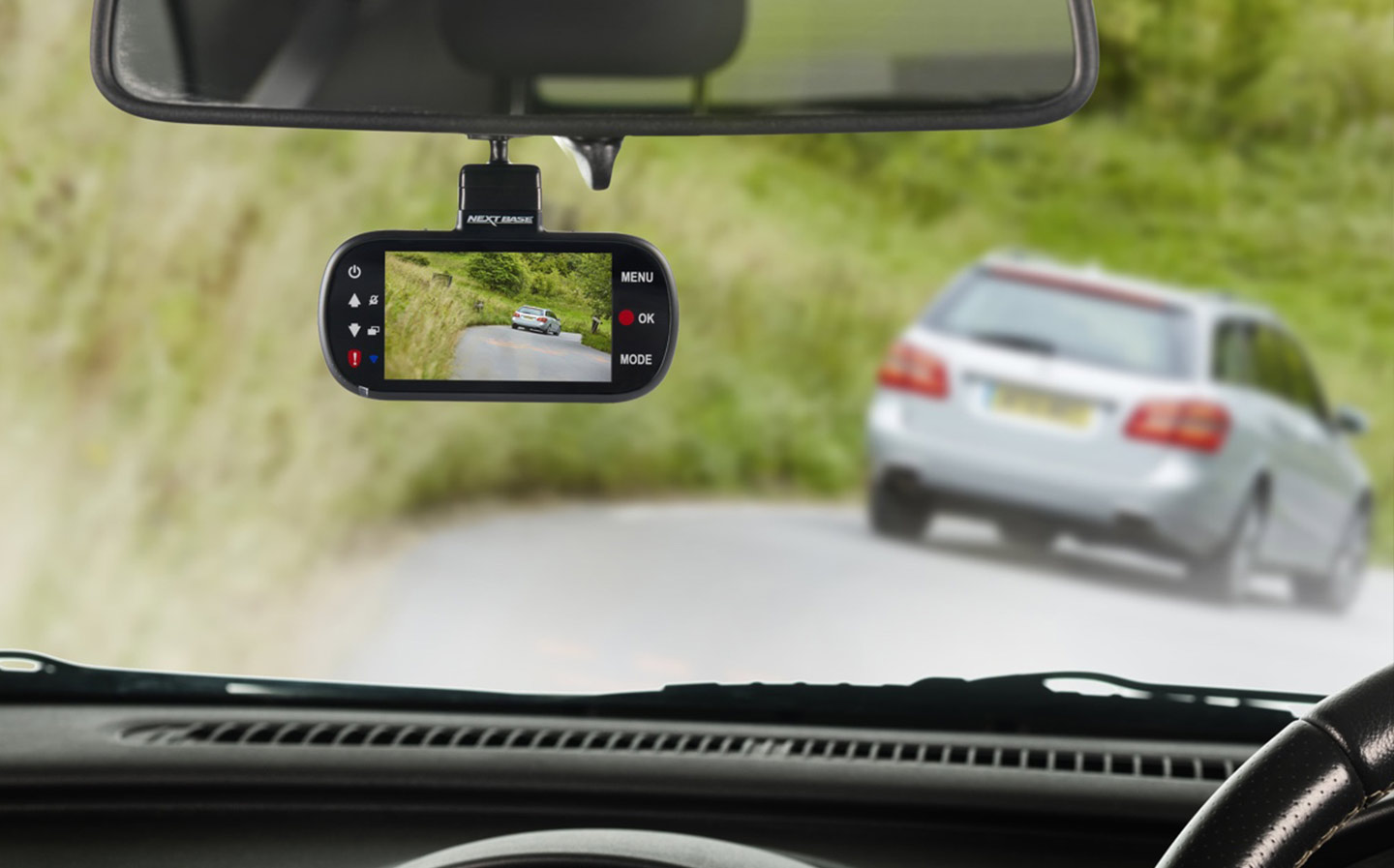 A NEW website is set to revolutionise the way dangerous and unlawful driving is recorded by police – by accepting footage from any driver with a dash cam.

The surge in popularity of dash cams – video cameras mounted to your windscreen designed to record accidents, but with the ability to also capture dodgy driving by third parties – has naturally led to an explosion in footage of dangerous and unlawful driving. But for the estimated 2.6m drivers operating dash cams in the UK, sharing that footage with the police has not been so simple.

The antiquated methods of collecting video footage from the public by each of the 39 police forces in England have included asking motorists to send footage via social media, or a file sent over email, while some have preferred a hard copy of the clip, burnt to DVD and sent by post.

Not only is this confusing and convoluted for motorists simply looking to help get dangerous drivers off the roads – or at least reprimanded – but it has also often resulted in clips being ignored and ultimately unprocessed, according to Nextbase, the dash cam manufacturer.

At the same time, the number of traffic officers on Britain’s roads has fallen by nearly a third in 10 years.

That’s why Nextbase has taken the matters into its own hands. Tomorrow it launches the National Dash Cam Safety Portal, a website that allows road users – cyclists, horse riders, motorcyclists and pedestrians, as well as drivers – to easily send video of dodgy and dangerous behaviour to the relevant police forces via a single online hub.

The company says it was receiving a high number of videos of dangerous driving through its own channels but customers were frustrated that there was no mechanism in place to help the force receive large video files. It saw the disconnect between the public and the police as an opportunity, “as the UK’s leading manufacturer of dash cams, with a vested interest in general road safety,” to develop a platform that could help the public and police.

Richard Browning, Director of Nextbase, said: “Not faced with restraints such as funding, approvals or IT resource, Nextbase has developed the National Dash Cam Safety Portal for purely altruistic reasons, not passing any of the costs of set up or ongoing costs to the police and therefore tax payer.

“[It] will enable the police to reduce offences, ultimately making the roads safe for all users.”

Cyclists condemned for ‘absolutely shocking’ near-misses and collision with horse

The National Dash Cam Safety Portal is an extension of the Operation Snap initiative that was pioneered by North Wales Police in October 2016, and rolled out to all four Welsh police forces in December last year. The idea was to give members of the public “the power to assist forces in taking action against those who put other road users at risk”.

A similar initiative, called Extra Eyes, was launched around the same time by the Safer Essex Roads Partnership, but the new national portal is designed as a simple, one-stop location for all users.

The portal not only simplifies things for members of the public but also makes life easier for the police – when users upload footage they also fill in a simple form that constitutes a standardised witness statement, thereby reducing the time it takes for forces to process clips from a minimum of 14 hours on average to just a few minutes, says the manufacturer.

Nextbase worked for months on this process with former Police Sergeant John Roberts, whose contribution to Operation Snap in Wales won him various road safety awards and commendations, to create a ‘gold standard’ of evidence submission, in keeping with official police standards. 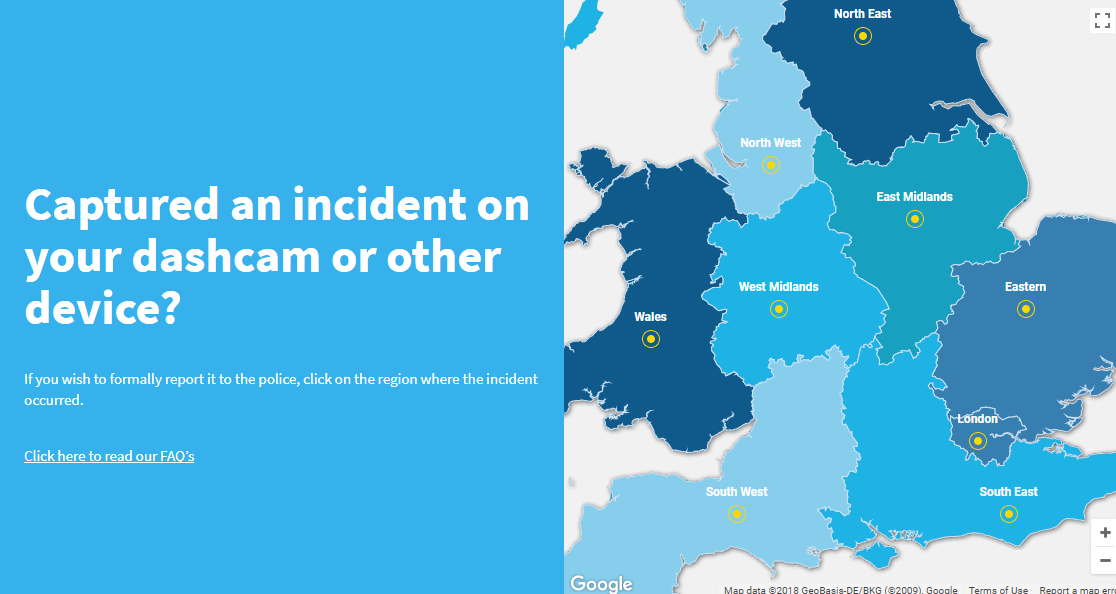 The National Dash Cam Safety Portal, launched today, is designed to simplify the process of submitting and processing reports of dangerous driving.

Superintendent Paul Moxley of West Mercia Police, said: “The key in making this work for us has been determining a way of providing footage in an accessible format, whilst the creation of a witness statement is also integral to ensuring the process is as efficient as possible.

“In embracing this new technology it enables the concerned road user to help us positively influence driver behaviour to make our roads a safer place for all users.”

The remaining 24 forces are working towards joining the scheme, according to Nextbase. If a local force has not yet signed up to the platform, it says, the system will generate a witness statement and reference a code which can be taken directly to the relevant force for processing, where the footage can be viewed securely.

Nextbase says the portal accepts all footage types and formats, and from cameras made by any manufacturer – not just those carrying its own brand, although Nextbase dash cam will be able to upload to the Portal directly via the device’s associated mobile app.

Video footage is hosted on encrypted servers by Egress Software Technologies, a company with experience working for aerospace, defence, government and police clients, which “guarantees absolute safety and security of footage through a system that only allows the relevant police force to view individual files,” according to Nextbase.

Brake, the road safety charity, is working with communities and organisations across the UK to stop the tragedy of road deaths and injuries. Joshua Harris, its director of campaigns, said: “This is a fantastic initiative which couldn’t be more timely. The increasing popularity of dash cams is a huge positive for road safety.

“However, with more drivers than ever seeking to report illegal behaviour the burden on the police has increased. This Portal is an elegant solution which enables the police to process this vital data without wasting their scarce resources. We fully support this initiative and urge its swift adoption across the UK.”

Given the frequent run-ins between drivers and cyclists, Cycling UK was keen to support any initiative that helped keep improve road safety.

Duncan Dollimore, the charity’s head of campaigns and advocacy, said: “Public cuts have led to road police numbers plummeting in recent years by nearly 50%, whilst casualties have increased among all road users.

“Given that reduction in resources, it’s crucial that efficient and standardised online reporting systems are introduced to facilitate the submission of dash, bike and helmet-cam footage of irresponsible road use.

“Our police cannot be everywhere at once, but with Nextbase’s Portal we have the next best thing – a one-stop shop for the collation of evidence our forces can rely upon. It can only lead to safer roads for everyone.”

Heather Yates, from Halfords, which sells the largest range of in car cameras in the UK said dash cams are proving more popular than ever and that they empirically improve road safety:

“This is a really positive step towards road safety and will encourage safer driving. We’ve seen a surge in sales as drivers reach for in-car technology to capture instances of careless and dangerous driving.

“Our recent research shows that 28% of motorists think having a dash cam installed would improve their driving performance and 32% feel much safer on the roads when driving with one.

“Not only do they help guard against dangerous drivers and ‘crash for cash’ scams, they can even help protect your no claims bonus. We hope having one will soon become as standard as wearing a seat belt.”

However, with the increasing numbers of dash cams on the roads, and an easier way to ‘shop’ other road users, there is the risk of accusations of encouraging a Big Brother society, where everyone on the road is a possible informant and well-meaning drivers fear that one wrong move could land them in trouble with the law.

In February this year, Chief Constable Anthony Bangham, of West Mercia Police, who had already sparked a media storm by calling for a crackdown on drivers who break the speed limit by 1mph, also encouraged motorists to “spy” on their fellow road-users with in-car video cameras.

Mr Bangham, who is also the national lead on roads policing, told a police conference: “Fear of being caught is still one of the biggest changes of behaviour. We’ve got to make sure they genuinely fear being caught.

“Imagine if you are now clear that the driver next to you could be filming you and police are seeking the footage and will prosecute you for it.

“The offending road-user might understand that they are more likely to be caught than not.”

Silkie Carlo, director of civil liberties group Big Brother Watch, was quoted by the Mail on Sunday as saying: “The idea that motorists should constantly film each other to create ‘fear’ may be well-intentioned but is woefully misguided.

“The UK has more surveillance cameras than any other country in Europe. The ANPR network that surveils innocent drivers already captures 40 million photos a day.

“The last thing we need is ordinary people being encouraged to spy on each other too. This is a desperately silly idea that risks breeding a culture of mistrust and suspicion.”

But Browning says the initiative is about safety, pure and simple.

He said: “This is not about ‘small transgressions’, it is about catching those very high risk drivers. Incidents have to be of sufficient severity for the uploader to be willing to go to court and this is made very clear on the portal.

“Due to the laborious process of uploading a video and the serious onus on the submitter as a witness to attend court, we believe this will mean only the most serious offences are uploaded. As a secondary filter, it is still in the hands of the police to pursue the case, using their discretion as they see fit.

“Ultimately this is about road safety and saving lives, it’s about being preventative and stopping dangerous drivers causing injury or death before that scenario occurs.”

The National Dash Cam Safety Portal is available at: https://www.nextbase.com/dashcamportal

Woman filmed hurling herself at taxi ‘to claim compensation’