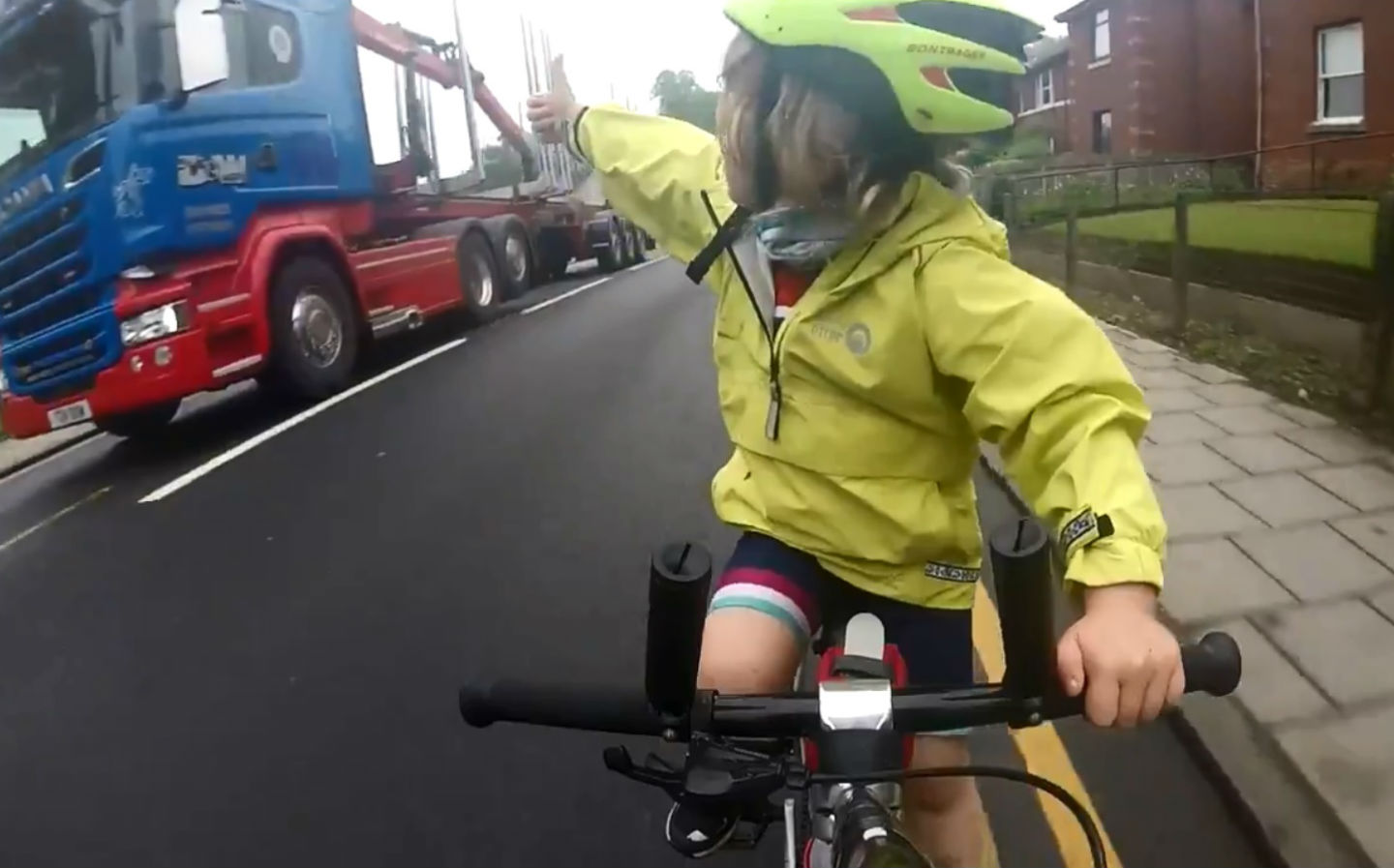 WHEN IT comes to the conduct of drivers and cyclists on our roads, it’s very easy to focus on examples that shine a bad light on the situation – posts to social media show both parties frequently demonstrating a considerable lack of respect and regard for safety.

That’s partly why a new video which shows the complete opposite has gone viral. It doesn’t hurt its appeal that it also involves one of the largest vehicles on our roads meeting one of the most vulnerable road users.

So often we see or share videos of awful driving around cyclists, so this textbook pass from an exceptionally patient & careful HGV driver for D&W Agri coming into Jedburgh deserves sharing, as does Rhoda’s response! They’re not on Twitter but we’ve thanked the haulier directly. pic.twitter.com/t46zQvfFoU

The onboard footage was shot by Tom & Katie Jones, who microblog about bicycle touring with their three children under the handle Family ByCycle.

Originally installed to “share examples of the worst” behaviour and conduct from other road users, the camera setup ended up recording the actions of an impressively courteous trucker.

On top of waiting patiently for the right passing opportunity, the lorry driver also left plenty of room for the cyclist family as the overtake was made.

Daughter Rhoda gave the lorry driver a big “thumbs up” and shouted her thanks.

“I told her, ‘that lorry driver has been really kind, make sure you say thank you’,” Mr Jones said.

“Rhoda has a thing about people passing, and she can equally give a Paddington Bear-type angry stare which would be enough to take some drivers off the road.”

Even more impressively (though sadly not recorded on camera), the driver’s politeness extended to “shielding [them] along a nasty stretch”, after another goods vehicle made a particularly close pass.

Since being posted to Family ByCycle’s Twitter page, the video has become a viral hit, having amassed over 8,000 retweets and almost 30,000 likes on the platform.

You’re to blame for road accidents too, government tells cyclists