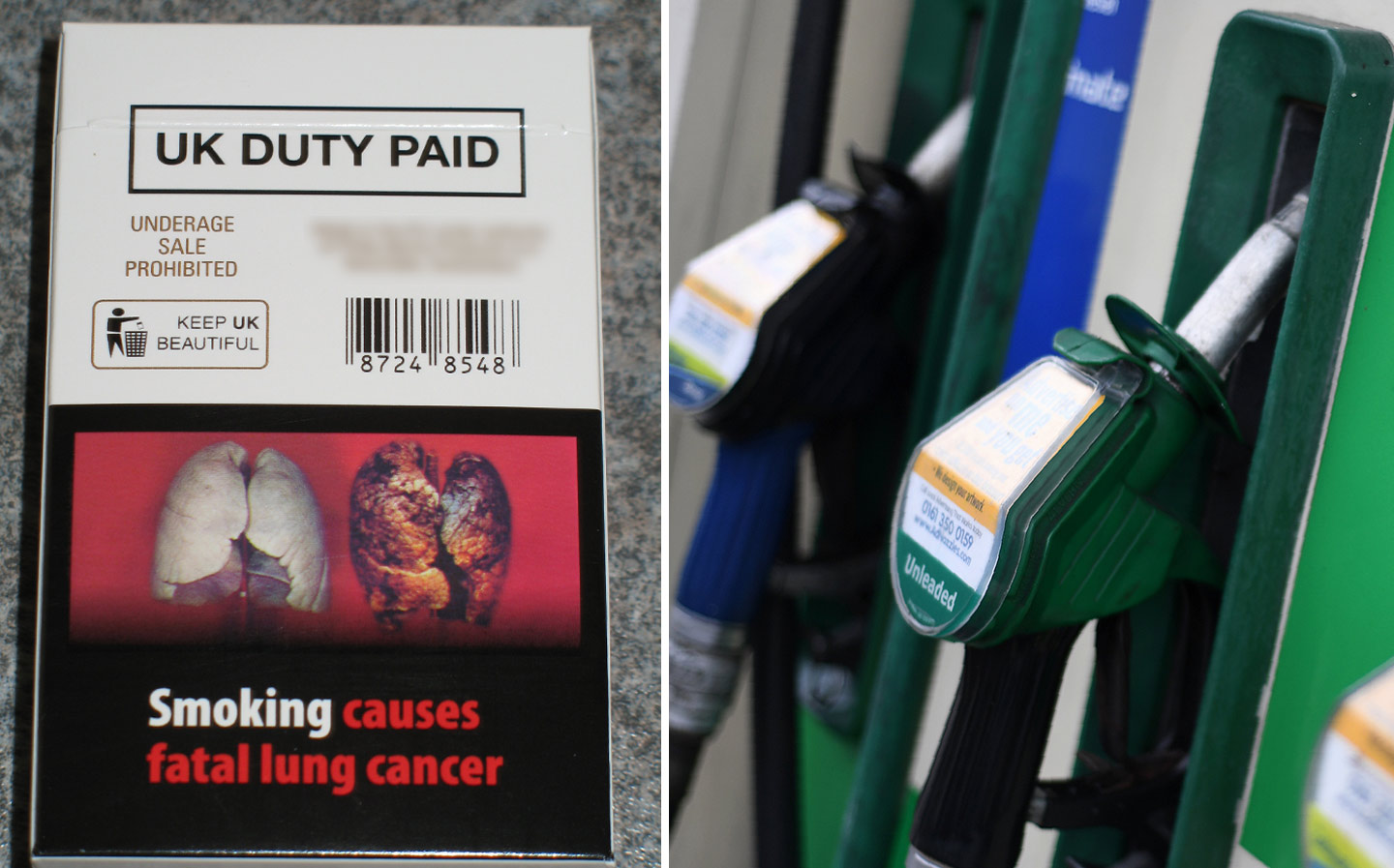 Health experts have called on the government to add images of cigarette packet-style blackened lungs and flooded homes to petrol pumps, as a warning to drivers about the damage to health and livelihoods caused by climate change.

Writing in the British Medical Journal, the experts said health warnings on cigarettes had helped to deter people from smoking by altering behaviour, and that local authorities, many of which have declared “climate emergencies”, should introduce bylaws setting a similar requirement for the sale of products linked to climate change, including petrol and diesel fuel.

Similar warnings should appear on energy bills, airline tickets and other goods with a high carbon footprint to encourage people to change their lifestyles, it was argued.

Emissions warning labels have already appeared on petrol pumps in Vancouver, Canada, and in January the city of Cambridge, MA, in America voted to make them mandatory. Sweden plans to introduce them from May, according to The Times.

The warnings would need to carry shocking images showing the real effects on the lives of humans, not just wildlife and the environment, according to one of the report’s authors.

“While it’s fine to have images of emaciated polar bears on petrol pumps, it could give rise to a feeling that it’s not of direct interest to me and my family,” said Mike Gill, former director of public health for southeast England.

According to the report, such warnings would “sensitise people to the consequences of their actions, representing nudges, designed to encourage users to choose alternatives to fossil fuels, thus increasing demand for zero-carbon renewable energy”.

The images should be changed regularly to keep people’s attention and could include showing homes damaged by flooding, said Gill. The aim was to deter people from using fossil fuels in an “unthinking way”, he added, and make them feel that that was socially unacceptable “in the same way now that smoking is socially stigmatised”.

The images should be introduced to petrol pumps as soon as November, argued the authors of the report, in the run-up to the climate conference in Glasgow.

The UK government already plans to shift drivers from internal combustion cars to electric vehicles, to reduce emissions. It plans to ban sales of all new petrol and diesel vehicles by 2035, with new hybrid cars also to be outlawed, subject to consultation. Transport secretary Grant Shapps said the date could even be brought forward to as early as 2032, subject to consultation.

The 2035 target is “extremely concerning”, according to the Society of Motor Manufacturers and Traders, and the suggestion of 2032 further shifted the goalposts. Mike Hawes, chief executive of the SMMT, said the move could “destroy” the current emissions-lowering efforts by car makers without a credible plan to safeguard jobs and build infrastructure.

The car industry was already struggling due to the shift away from diesel, and in the UK the SMMT had declared a “red alert” over uncertainty around Brexit. It now faces the biggest challenge yet, as demand plummets and factories have been forced to close due to the Covid-19 coronavirus pandemic.

In order to support the uptake of zero emission cars, the Committee on Climate Change has said the public charging point network will need to grow nearly tenfold within the next decade, from today’s total of approximately 22,000 connectors to 210,000 by 2030, with an additional 3,500 rapid chargers near major roads.

It added that any expansion plans must also ensure no motorists are left behind in the shift to zero emissions cars, including those without access to off-street parking. Previous examples of such solutions have included installing charging points in roadside street lights.

Petrol and diesel car ban could be brought forward to 2032